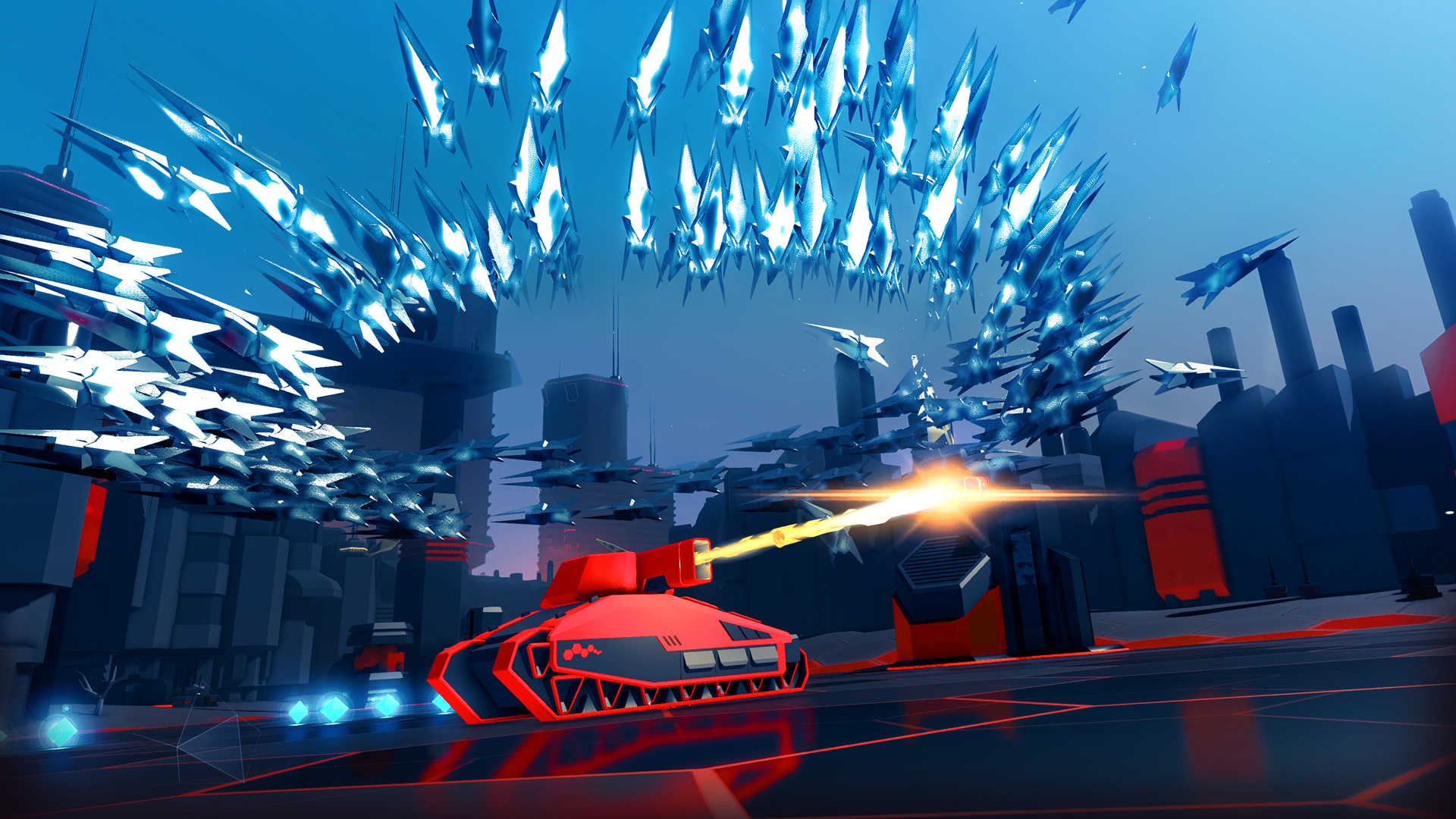 If you turn around, and look back in time into the late 2016, you’ll be able to notice that VR is the talk of the town, as the recently released PlayStation VR is taking the industry by storm with its relatively approachable price-tag and launch line-up. The initially inclusive market, has been busted wide open by the Japanese giant who provided gamers world over with a headset which didn’t require a £1000 PC, additional £700 investmet, or a 10 by 10 meters room, in order to enjoy the wonders of VR.

Among the launch line up of PlayStation VR, most looked forward to the major AAA titles such us Until Dawn: Rush of Blood, and the rapidly approaching Resident Evil: VII. But while many were losing their heads over the major releases, others looked most fondly at the relatively lesser titles, which were smaller in both scope and capacity. However, those titles, such as the highly revered Battlezone, turned out to be some of the best VR experiences, which Sony’s headset had to offer. And understandably, the vast majority of gamers – who didn’t own PlayStation VR – were clearly upset that they can’t enjoy the reboot of the old-school first person shooter in question. But as we all know, our industry is known for reviving dying or dead titles, in any way, shape, or form possible, in order to ensure that they reach as many potential customers as they can. And as it happens, Battlezone, is one of such games.

Back in October of 2016, the aforementioned title was released simply under the name Battlezone. However, with its non VR relaunch it had to receive a make over, as in its current form it would land on PlayStation 4, Xbox One, and PC. And in order to avoid any and all confusion, it has been renamed to Battlezone Gold Edition. And while on paper, Battlezone Gold Edition may sound like nothing more than a quick and easy cash grab, then it has to be underlined that this particular version of the title features all previously released content packs, and is completely free of charge to all owners of the core title either on PC, or PlayStation VR. 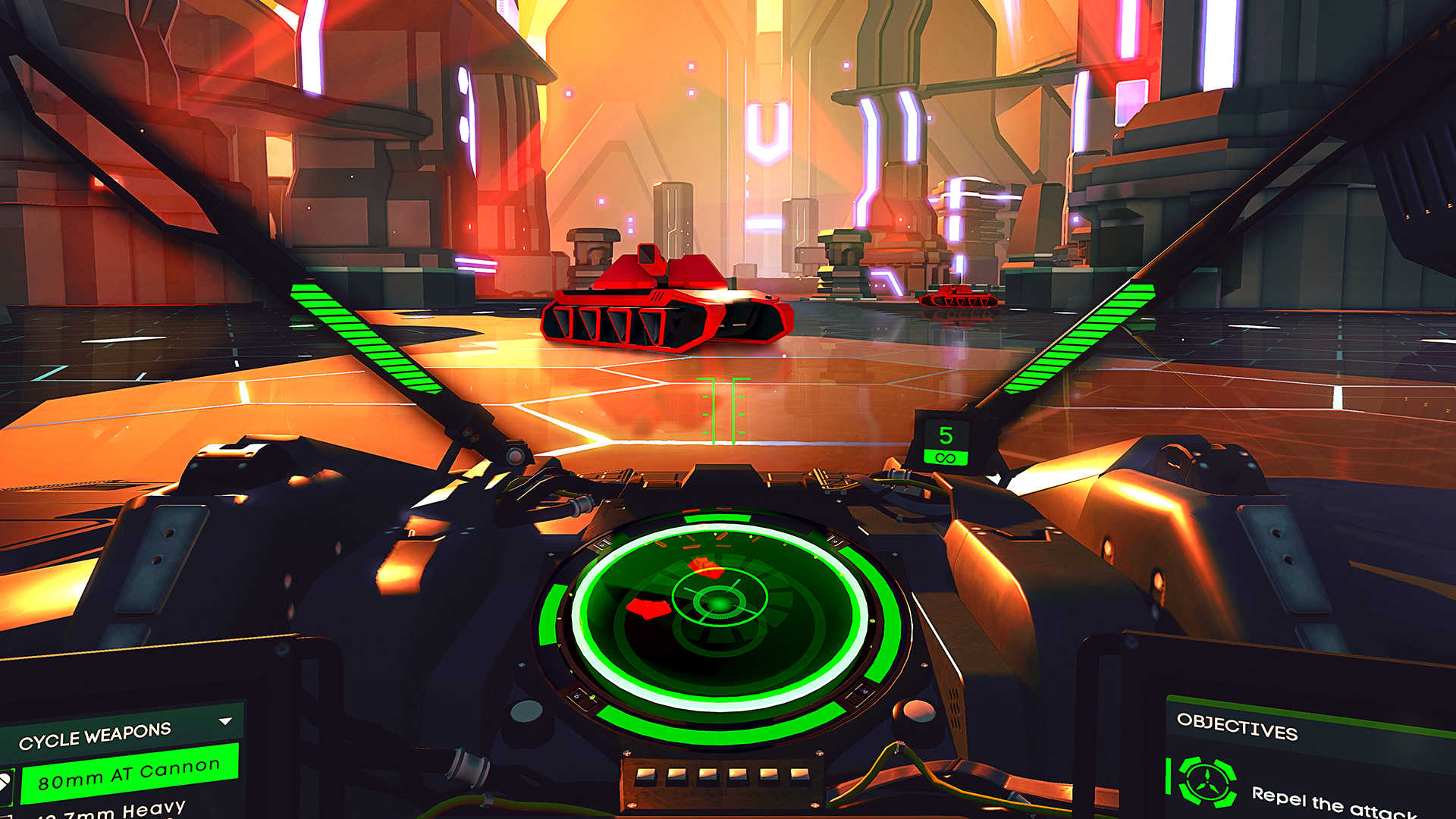 Battlezone Gold Edition just like its previous version and the old school predecessor, is a tank-based first person shooter, situated within a Tron-like digital world, filled with neon lights, futuristic designs, and a ton of razor-sharp edges. And while Battlezone Gold Edition’s visuals may not be groundbreaking, they are a joy to look at. And the sheer variety in terms of visual design only further elevates the cold beauty of the title; as its digital industrial landscapes are as beautiful, as they are clear and concise. And while the general aesthetic of Battlezone Gold Edition may give one an impression that the visuals may be headache inducing or hard to read, then it has to be stressed that they are far from it.

In-game, you will come across a plethora of hostile NPC and player controlled vehicles. And as may have already guessed not all in-game tanks, planes, or turrets operate and behave in exactly the same way. Some tanks are slow and sturdy, and are capable of wiping you out in two shots. Others on the other hand are the digital embodiment of a glass cannon, as they buzz around the battlefield at the speed of light deploying land mines and other traps, while being constantly on the edge of death, as they can be taken out with a single salvo. And fortunately, due to Battlezone Gold Edition’s superb visual design, you can identify each vehicle and its features simply by looking at it from afar, meaning that you don’t have to risk your own life simply to find out what kind of heat your opponent is packing. And that is incredibly beneficial as Battlezone Gold Edition is more than just an arcade shooter. 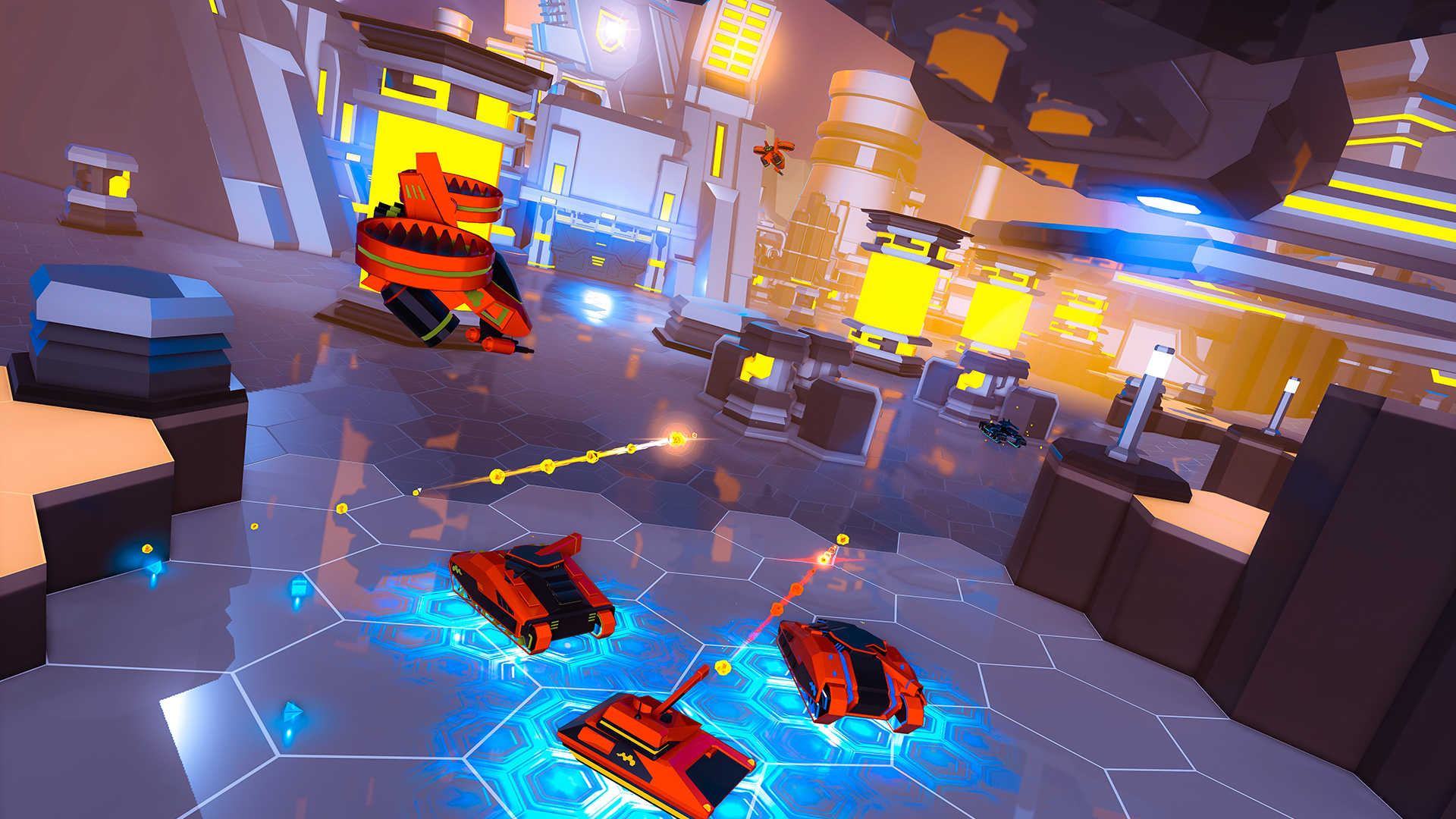 Battlezone Gold Edition’s combat revolving around large and small-scale battles is as exciting as it is captivating. However, core combat can only get one so far. And if you are one of those people who need an incentive to play, then worry not, as Battlezone Gold Edition features a plethora of modes and unlockables which will keep you busy for hours on end. But those hours may not be exceedingly long, as ultimately Battlezone Gold Edition content, even with all the additional DLC included, is rather shallow and may be seen by some as simply underwhelming.

Just like most modern shooters, Battlezone Gold Edition features a story mode which pitches you against an evil power, which is constantly trying to stop you from reaching your ultimate goal – so in that sense, Battlezone Gold Edition is a classic. However, nearly all campaign missions boil down to nothing more than brain-dead destruction of hostile units. Yes, there are different objectives, but those always revolve around mindless demolition. And unfortunately, Battlezone Gold Edition story mode runs its course incredibly quickly, as within an hour you find yourself doing the same old tasks ad infinitum.

At the end of the day, Battlezone Gold Edition is a solid shooter, which goes above and beyond the call of duty when it comes to the core game design. However, it innovates very little upon its core VR version. And in many ways, by being stripped off of its VR capability, it is also stripped from the vast majority of its charm. And at times, despite of its immersive visuals, Battlezone Gold Edition can feel fairly soulless, mundane, and at times even uninviting. And once one reaches the stage, where he/she begins to notice the formulaic nature of its core content, he/she will ultimately grow disillusioned with the title at hand, and may abandon it completely after mere hours.

Ultimately, Battlezone Gold Edition is a lot like Overwatch. It is a fast paced shooter, revolving around a plethora of strategy-centric elements, which ultimately falls flat at the final hurdle due to lack of any meaningful and thoughtful content. Hell, even the core ”character’ design of Battlezone Gold Edition is alike to the one of Overwatch as it concentrates on visual distinction between units, over aesthetic representation. And due to that fact, it can only receive the same score which I would hand to Overwatch at launch, back in 2016.