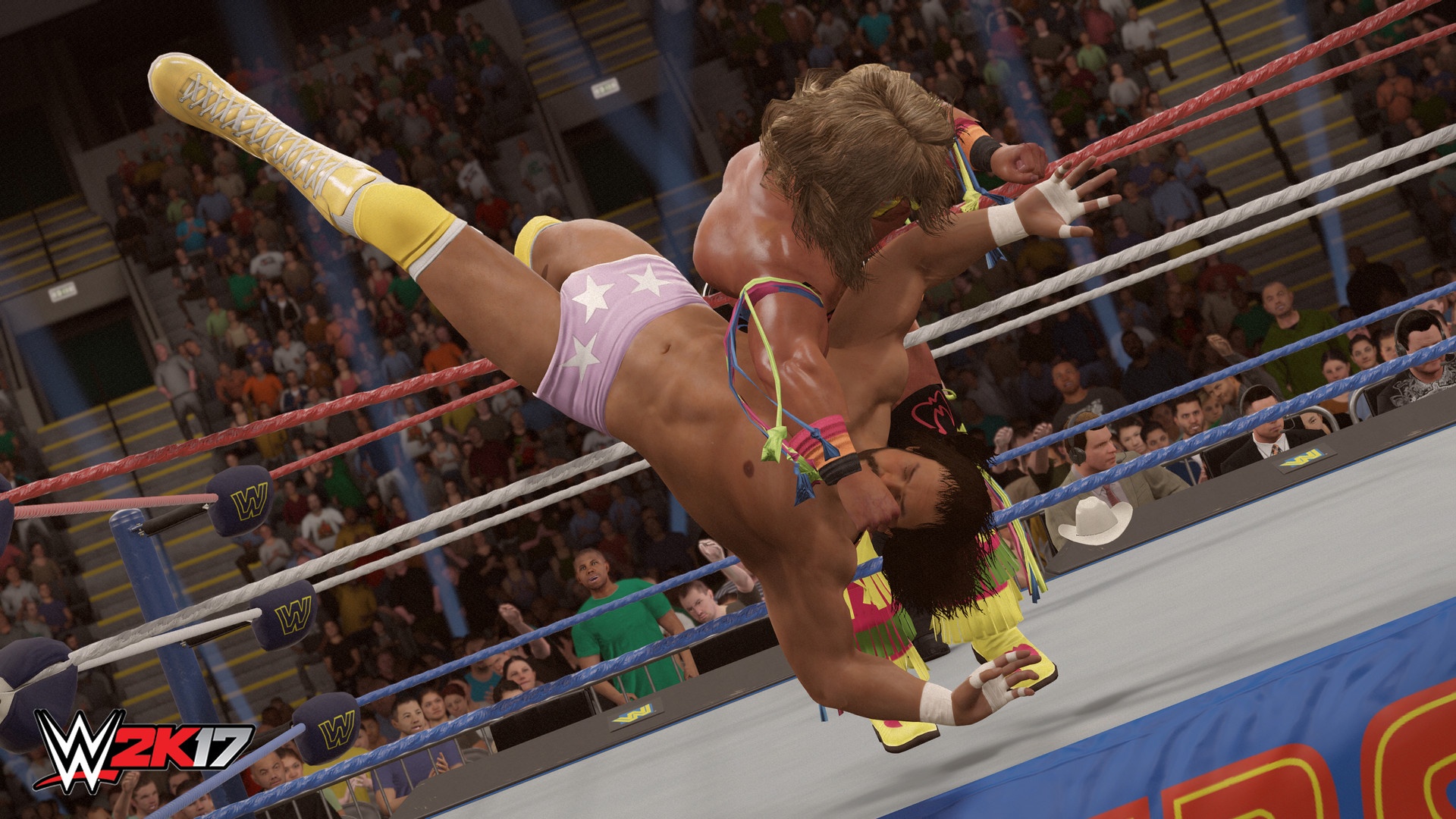 Is this latest instalment of 2K’s long running wrestling series king of the ring? Not quite…. Don’t get me wrong WWE 2K17 is a good wrestling game. It has some of the best character customisation I have ever seen and matches feel and run just like the real thing. However its a shame that it seems some features that are in previous games are just left out.

To start I am not a wrestling fan, I was when I was a kid. That’s not to say I didn’t recognise some of the characters in the game. A nice touch was classic versions of some really old characters such as the Undertaker or Triple H. It seems most characters from my era of watching wrestling were present however I had to unlock them before I could use them. There’s nothing wrong with this and the good thing is you can literally unlock everything just by playing the game in general, not the My career which I will get to in a minute.

The character customisation is for what its worth really good it has some of the best face morphing I have ever seen in a game period. However it is massively let down by the lack of attires and options to make your wrestler feel different and unique. You can create an entrance, move set and even a victory aswell. 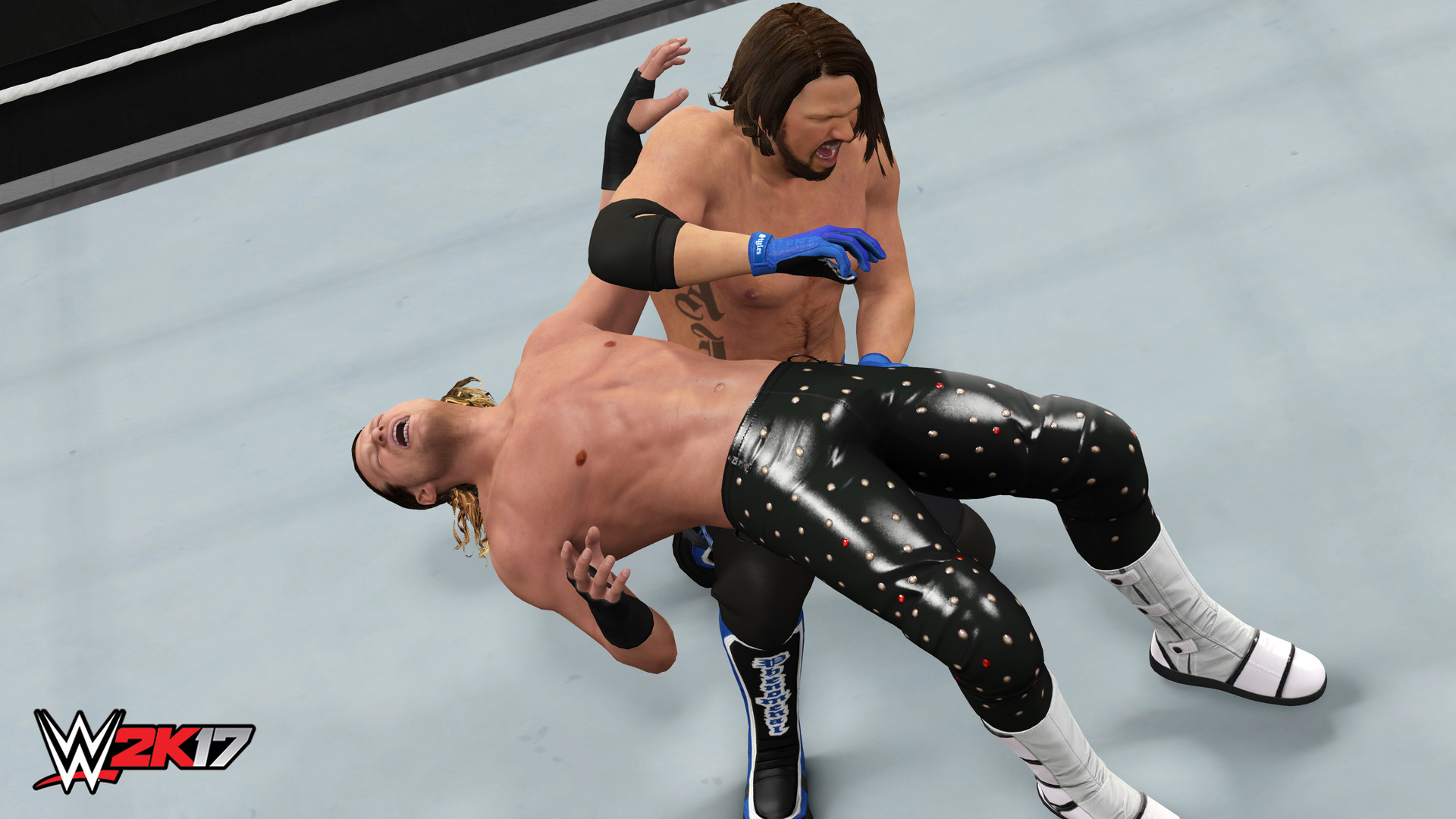 The My career mode is where this game fails. It is the most boring single player wrestling experience I have ever encountered. Your characteristics his way to stardom by been trained up by the likes of Paul heyman. When you get to say your own dialogue no matter which superstar you pick it feels awkward the voice acting doesn’t match the body language what so ever. It seems that not a lot of development time or effort was actually put into the My career mode. Oh and get ready to pour ten or odd so hours into the mode in order to even get a shot at a title as a character.

Universe mode is something that was new to me. It’s basically you been in charge of the whole WWE set. You can choose the music, wrestlers, story and rivalries then play them out, this is so much better than the bland and awkward My career mode and it’s what gives WWE 2K17 its long playabilty. Michael Coles annoying droning voice is even present before every single match but hey that’s realistic.

The actually gameplay in the ring is what Wrestling is all about and WWE 2K17 does have its moments. It has a pretty responsive reversal system and the analogue targeting is some of the best I have ever seen in a wrestling game it’s not perfect but its much better than the norm. Also you can fight in the crowd something you could do way back when I was playing Smackdown Vs Raw so I was pleased to see you could still do that. 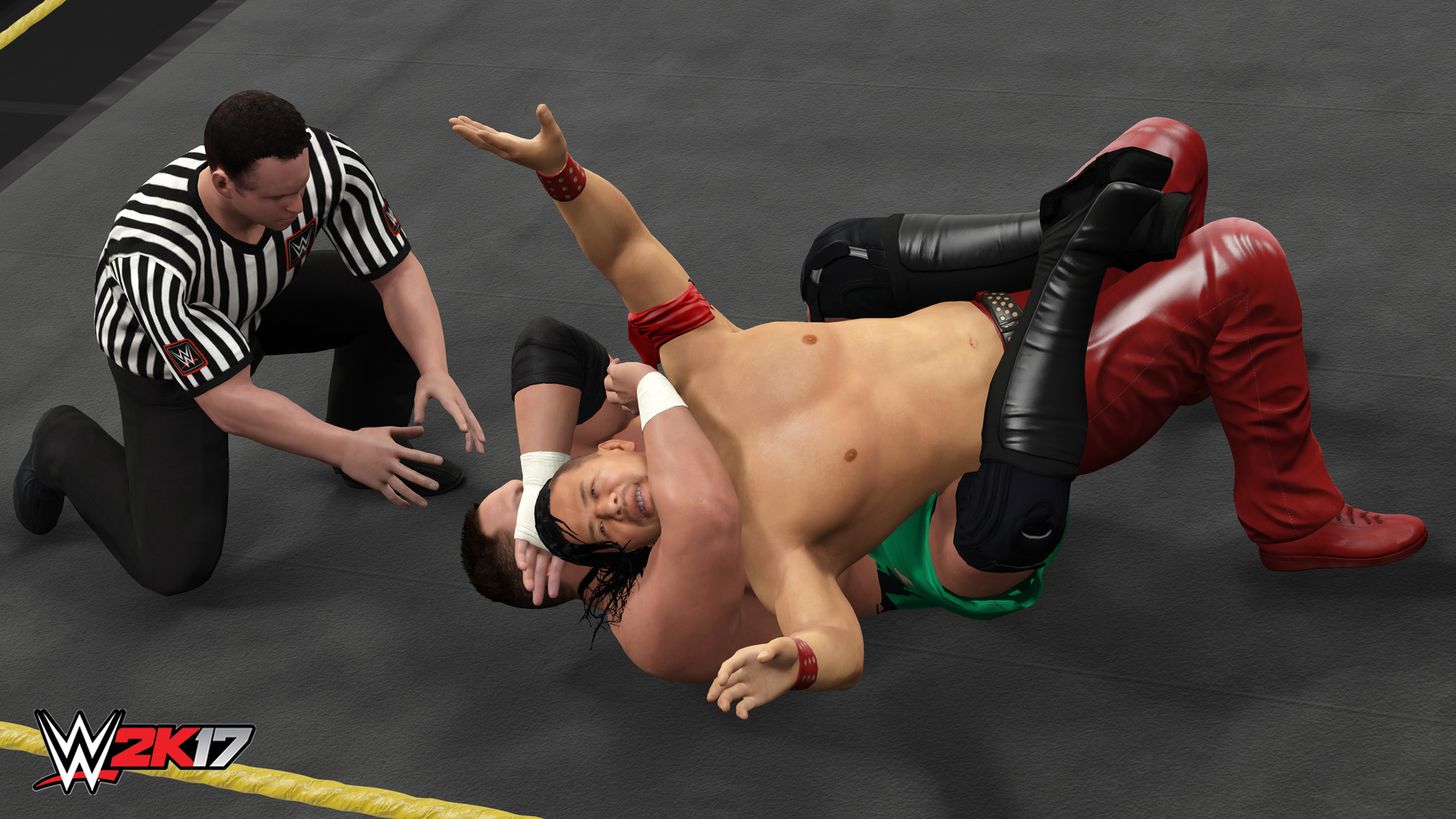 I know there are a ton of match types available but I could not help but be disappointed that some of my old favourites are missing. I used to love having tag team table matches and the disappointment when I found this was not even a match type in the game made me realise that wrestling must be completely different to what I grew up watching. I grew up watching Devon and bubba ray get the tables!! SO it was a shame that couldn’t do that If I downloaded the characters that someone else spent a long time making.

The graphics on WWE 2K17 are top-notch as well. Wrestlers look photo realistic to their counterparts and created characters really don’t look like out of place compared to the real deal anymore. I downloaded a couple of Create a Wrestlers other’s have made and one thing that really bugged me was I couldn’t download half of them because I didn’t have the required DLC…. In an era where DLC once again takes centre stage this made me rage because it meant that 90% of the wrestlers I actually wanted to download I couldn’t unless I pretty much paid for them.

In the end WWE 2K17 is not going to have me getting back into to wrestling ring anytime soon. Its My career mode is a joke Its clothing and attire options in the create a Wrestler are very limited to what the original superstars wear already in-game. It’s a shame also that Downloadable Content stopped me from branching out and trying the many created wrestlers people had uploaded because some of them looked absolutely amazing. It’s clear that 2K have work to do still if they want a game that lives up to hype and excitement that No mercy or Here comes the pain gave us.