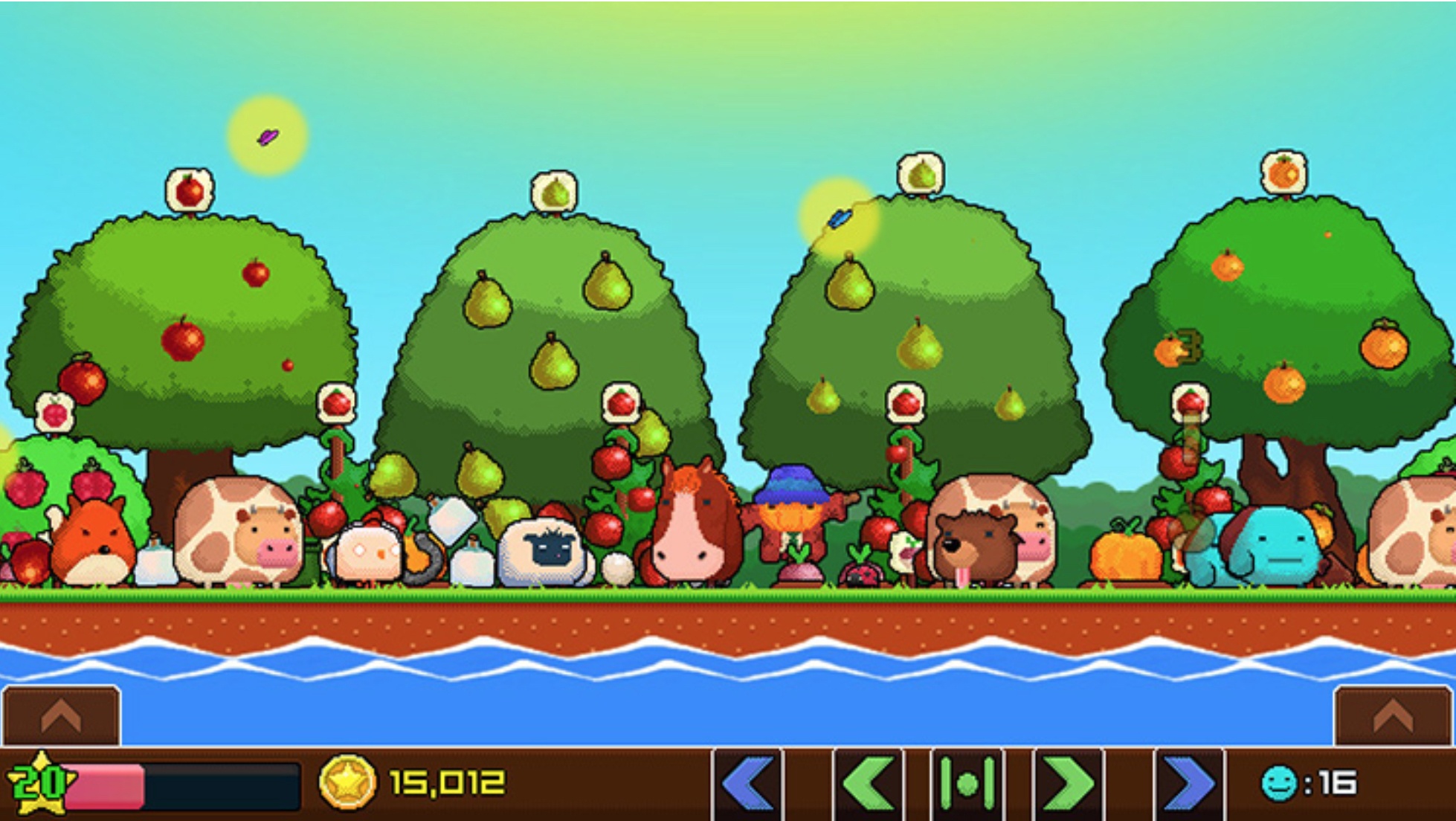 Not everything can be a great idea across all platforms. Take, for example, a game like Arizona Sunshine. This zombie experience is the absolute pinnacle of what VR gaming can be right now, and it works wonders when you strap on the helmet and have to take care of your constant screaming because it’s effective in delivery. However, if you put that game on a smartphone – not as Google Cardboard, as just a straight up smartphone port – it would be incredibly disappointing and probably boring. Well, the same is true in reverse, and Ratalaika, the publisher who has brought some success to the Switch, has made a serious misstep with the release of Plantera Deluxe.

On the surface, Plantera Deluxe (or DX, as it’s stylized) seems like it could be a decent little addition to the Switch’s growing indie side. Stardew Valley, for example, has been a massive hit, and even the early adopters remember that New Frontier Days had a good amount of farm work inside. Plantera puts you in charge of a pixel-art garden that starts with carrots and slowly expands to include trees, animals and other such crops. Your main goal is to grow the garden. Make it big and pretty. And tap the screen. A lot. As in, that’s the entirety of the goal of this game. But you can eventually hire more workers to do the “tapping” for you, to make sure you can tap even faster and get even more stuff. Holy flaming Jesus, we’ve got a clicker on the Switch. 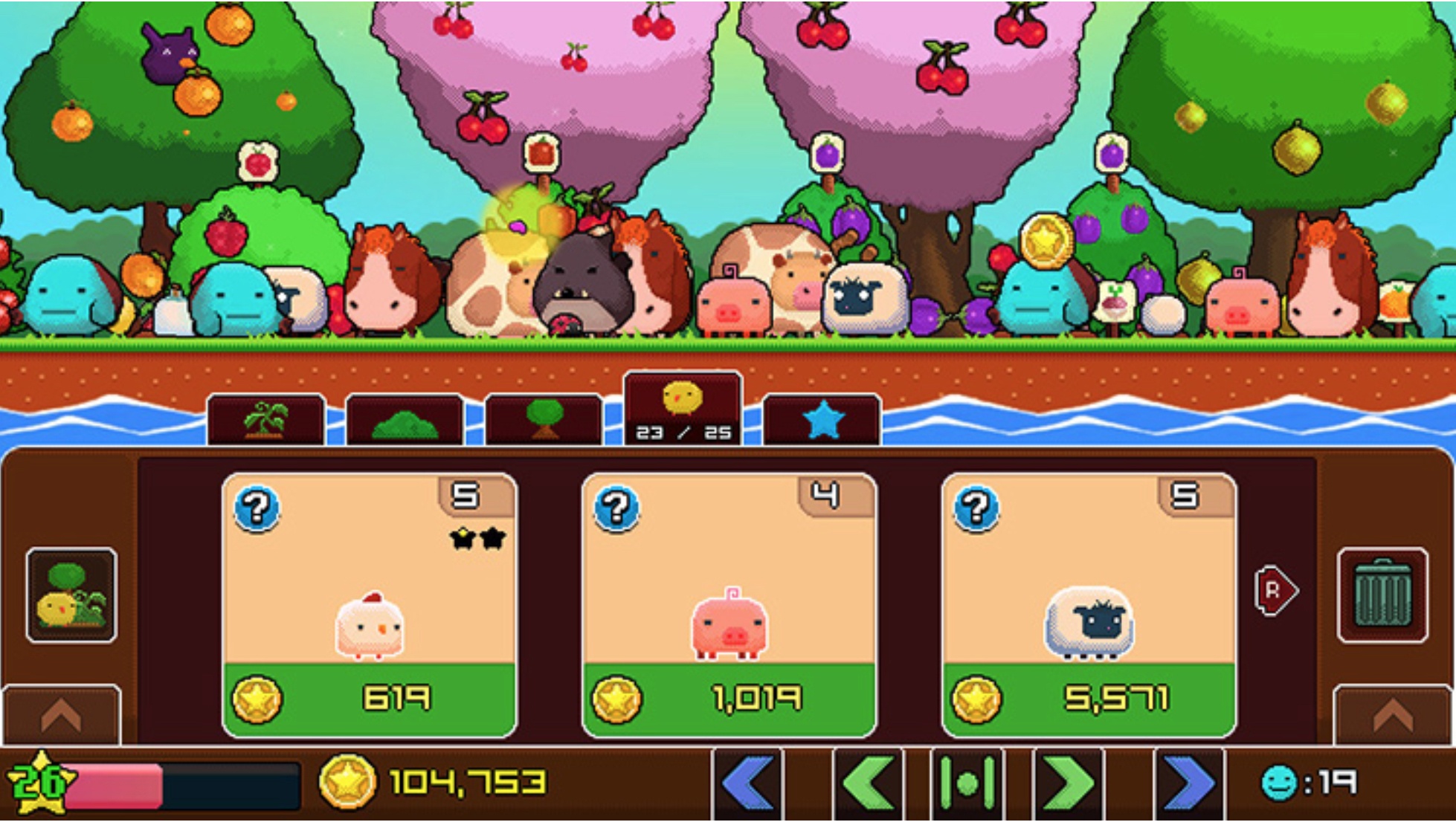 I’ve played a couple of clickers in my time, and there is seriously no lazier and more evil game model available than the clicker. While never ending games like Levels+ or even MUJO have some variation of strategy and appeal, the entirety of a clicker is just to tap the screen over and over again. They’re time wasters, very transparent Skinner boxes that are just so straightforward in their approach that it’s almost insulting to the players. While most video games are inherently meant to waste your time through amusement and engagement, clickers are just the lowest fruit, removing a lot of actual gameplay or thought in favor of a single action. Plantera just wants you to pick up that fruit, grab that egg, get instantly paid for any item you collect and then re-invest the cash into expanding the farm so you have even more stuff to click.

The problem with clicker games is that the player either needs to a.) be fully invested in the art style or b.) fully invested in the concept at hand. Plantera is literally asking you to tend a garden with no real preamble or reasoning other than “maybe you like gardens.” The blue dudes, called Helpers, have no reason for being there other than their name. If you really are bored enough with the game, you can just let the thing very, very slowly pilot itself by letting the Helpers do all the work, but it’s arduous and frustrating. The developers, Varagtp, have done just enough to create an atmosphere of supposed relaxed interaction, but most players will find themselves tapping at the screen in a hurry to grab the blueberries as soon as they ripen, or knock down the apples to be gathered sooner. Since there isn’t a mouse for the Switch (yet), the Joycon can control a floating icon to interact with everything, but this insane design assumes you either really want to not touch the screen OR you’re playing it in docked mode, which I simply can’t imagine. Plantera is slow as it is, needing to glide over the farm like you’re a drunk honeybee in order to tap on a chicken egg is agonizing.

Now, if you’re into clickers, there’s some really good news here. First and foremost, there are zero ads or begs for in-app purchasing in the Switch release of Plantera. This was a solid and decent move by whomever decided that, and keeping IAP out of the Switch is always a step in the right direction. And it is a cute game, don’t get me wrong: the music is soothing and almost hokey in a country sort of way, and the different animals that you see and have to chase away are adorable. I especially enjoyed whacking moles that popped up, since it was the closest thing to action that I really encountered. And the game doesn’t want you to simply idle: animals will come to eat your crops/other animals, and fences and guards only do so much. Until you get much, much further in the game, you’ll only make noticeable progression by having your finger at the ready to tap away at anything that the Helpers miss (spoiler, it’s a lot). 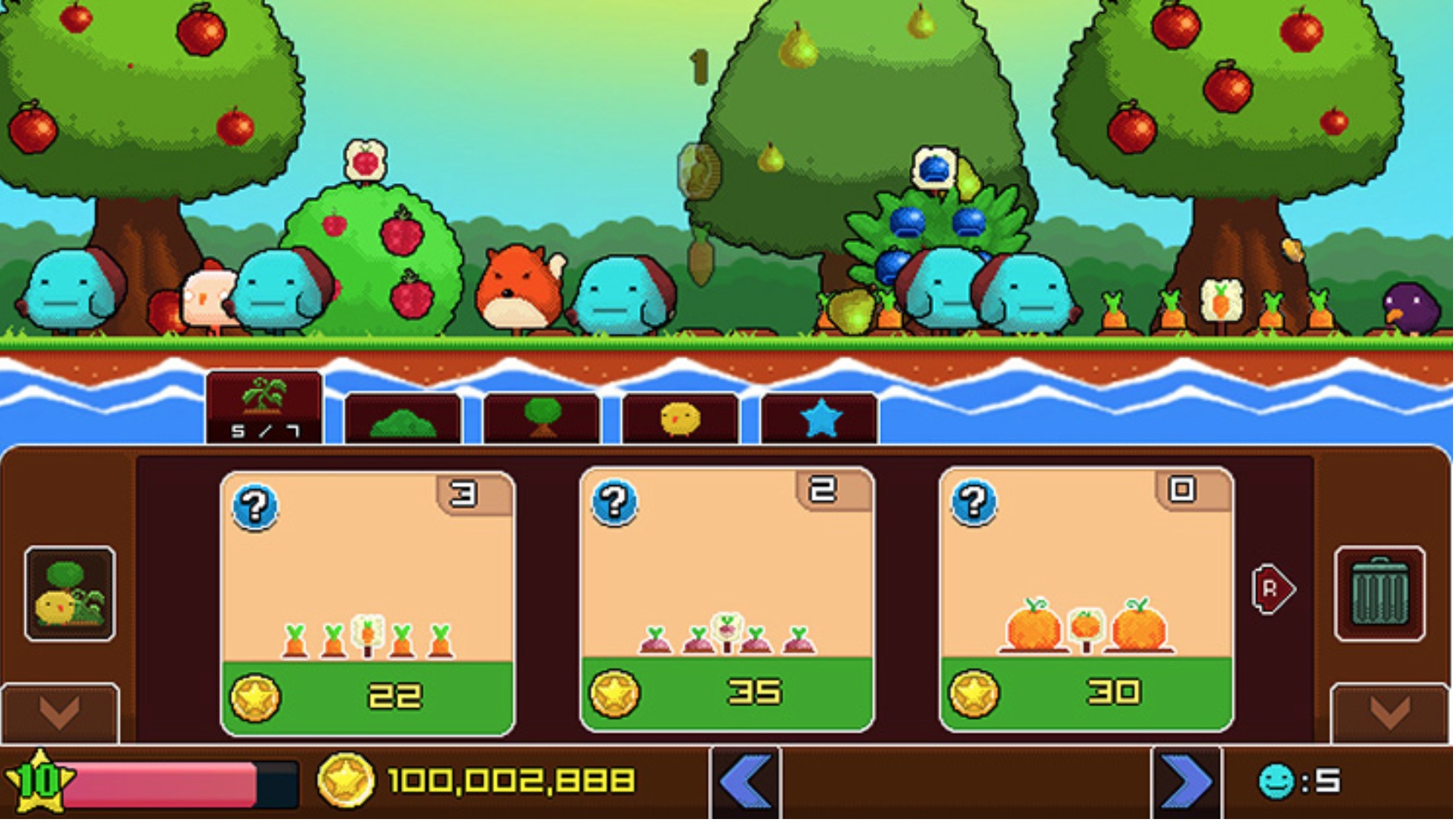 Plantera Deluxe also brings a few things to the table that does make it a Switch “exclusive.” There’s a significantly bigger garden, so more crops can grow, and the addition of a horse might be a joyful occasion to some (not me, but whatever, I was never a horse person). But the DX version also has a built in “Christmas mode,” and it really is a cute, seasonally relevant easter egg to turn on. Everything’s covered in snow, most of the trees are decorated, the Helpers have Santa hats…alright, it’s charming. I can’t deny that I see the appeal of Plantera, and I think Ratalaika is playing the long game with this one. Clickers are already played out a bit on Steam (but far from being done) and the smartphone clicker is a bold move when time-wasting games are already pretty ubiquitous across all continents. So to bring a clicker to the Switch early on, with Christmas mode as an option, and knowing that the five dollar price tag will be enough for almost anyone who isn’t a “big gaming person” to drop for is actually damn clever. As more people adopt the Switch, and it slowly takes over as the premiere handheld and home console, having games that appeal to everyone is a surefire way to add more coin to their wallets.

Having said all that, I really can’t wait to uninstall this game. It’s a cute icon and all, but opening it up just felt like I was going into work, at least for me. Collecting fruit so I can buy more trees to collect fruit from? If I’m going to waste my time doing something that has no end in sight, I’m firing Levels+ up again, thank you very much. But if you need something cute and aimless to relax or pass the time, well Plantera DX might be the perfect fit for your idle hands.