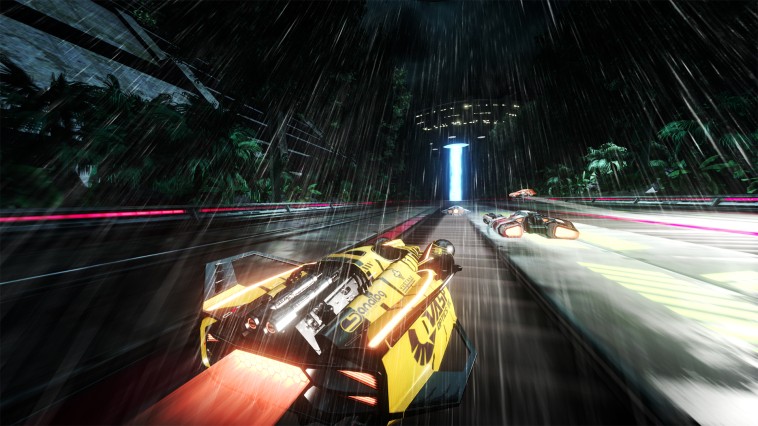 If you bought a Nintendo Switch at launch, chances are you are currently knee deep in The Legend of Zelda: Breath of The Wild, but if you need a break from Hyrule’s decidedly unforgiving challenge, why not give Shin’en’s decidedly unforgiving racer, FAST RMX a try. Snipperclips may well be getting all of the indie attention, but I’d argue that the best game at launch that isn’t called Zelda is arguably this brilliant remaster of the already fantastic Wii U racer, FAST Racing Neo

It might well be the same game at heart, but this technically superior return proves a surprising graphical showcase for the Switch, not only delivering arguably the Switch’s best looking game at launch, but also irrefutable proof that the Switch is a more powerful console than its immediate predecessor. With improved performance and visual fidelity, this blisteringly fast futuristic racer runs at a silky smooth 60fps at 1080p and looks absolutely gorgeous in both big screen and handheld mode. It might be lacking in terms of game modes, but from a technical standpoint, this has to be one of the most impressive download only games available…..on any platform.

While obviously and rather unashamedly aping F-Zero and Wipeout, with no sign of either of those series making a return anytime soon, this very decent replica proves a welcome return to a genre that has disappointingly fallen by the wayside in recent years. It might lack the polish and ingenuity of the truly exceptional likes of F-Zero GX (arguably amongst the finest racers ever created), but judged upon its own merits, this is a triumphant take on the genre and a throwback to the days in which fast-paced eye candy used to go hand in hand with console launches. Beyond the similarities to its most obvious inspirations, FAST RMX has an undoubted touch of that old perennial PlayStation launch game, Ridge Racer. From the OTT voice work to its arcade sensibilities, this really does feel like a launch game from a bygone era – and it’s all the better for it. 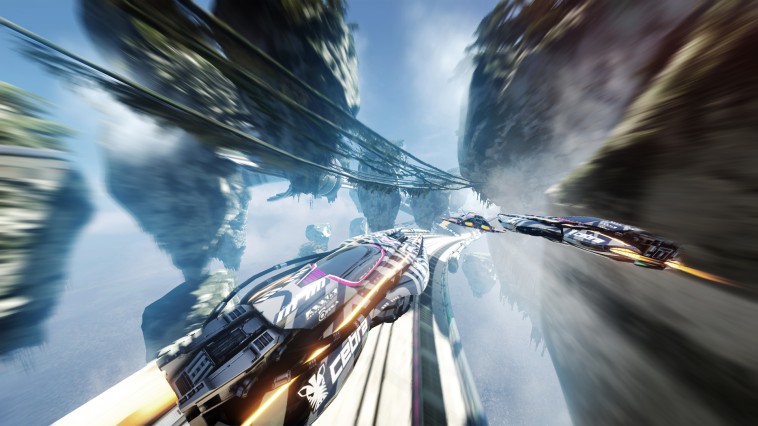 Beyond the gorgeously varied tracks and the impressive weather effects, what really sets FAST RMX apart is its speed. Running at 60fps, this game is lightning quick, and it’s testament to the developers that, despite the almost mind-boggling pace, control of your futuristic rocket cars is surprisingly intuitive. Easier than both F-Zero and Wipeout, FAST RMX proves an oddly welcoming introduction to a genre that many younger gamers might not have experienced before. The AI is still nails (and far too robotic for my tastes), but in terms of keeping your racer off the walls, FAST RMX is easier to get to grips with than you might think.

The fact that there is no weaponry probably helps, allowing you to keep your attention firmly on the racing, but be warned, while there are no missiles or bombs to keep tabs on, the constant speed boosts should keep your plenty busy. Taking the game from light speed to ludicrous speed (it even gets close to plaid), the easily refilled boost meter and the Ikaruga-esque polarity boosts ensure that you’re nearly always running at 100%.

If anything, the boost pads that require you to switch polarity as you race are arguably FAST RMX’s defining feature. By keeping the emphasis on track management via the need to hit boost pads and pick up boost orbs, the game wisely moves your attention away from the games’ somewhat suspect AI.

Sadly, it does make you fully aware of FAST RMX’s most prominent weakness – its track design. They may well be gorgeous to look at, but in practice, they vary from competent to disappointingly bland. They are all memorable from a purely aesthetic standpoint, but driving them is often a much more forgettable experience. Most of them work in the most literal sense of the word (despite a handful of poorly placed and very annoying obstructions), but few ingrain themselves in the brain in the same way that the best tracks in F-Zero or Wipeout tend to do. There are very few memorable corners or bends, just a collection of pretty tracks with a beginning and an end. 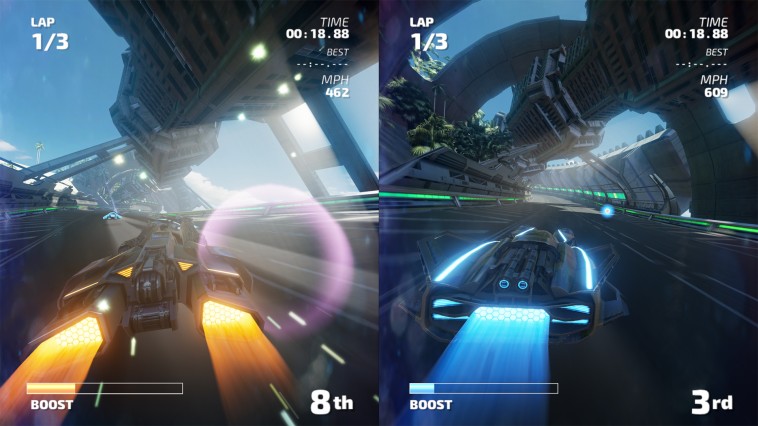 Saying that, what it lacks in genuinely memorable track design, it does make up for with its impressive visual variety. With the solid selection from the original Fast Racing Neo, all of its subsequent DLC tracks and 6 new Switch exclusive courses to choose from, FAST RMX is packed with an array of incredibly inventive eye candy. The game modes are a tad more sparse, but with three cups to get through, an unlockable Hero Mode that links boosting to your health and a decent if decidedly limited selection of online options, FAST RMX belies its indie status with a level of content almost befitting of a full retail release (something that the original actually had on the Wii U).

The big draw however has to be the 4-player split screen and the option for 8 players to compete locally. Despite the action getting a tad squinty unless played on a larger screen, the 4 player mode runs beautifully and again highlights FAST RMX’s place as something of an unsung technical showcase for the Switch.

It arguably hasn’t had the attention that it deserves, but with additional content and improved online functionality promised by developer Shin’en, one can only hope that this largely brilliant futuristic racer develops the kind of long tail that will see it discovered by the Switch’s increasingly sizeable player-base in the weeks and months to come. With its gorgeous graphics, fantastic handling and brilliant art design, this really is a great way to show off your shiny new Nintendo Switch and a great way to break up those marathon sessions of Breath of the Wild.