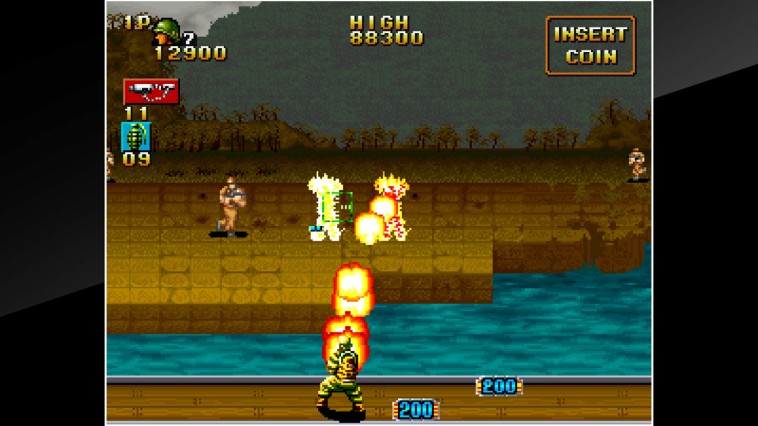 It’s not a classic in the same way that King of Fighters or Metal Slug might be, but for many fans of the Neo Geo, Nam-1975 is likely to hold a special place in their hearts thanks to its place as the first game ever released on the platform back in 1990.

It lacks the chunky, cartoonish spites and the more traditionally ‘Japanese’ aesthetic that fans of the Neo Geo would later become accustomed to, but this is still an arcade game in every sense of the word. It’s bold, brash, entertaining, and yeah, more than a little shallow.

I suppose arcade games are traditionally shallow by design, but while NAM-1975 retains enough of that classic arcade magic to make it enjoyable in short bursts, its gameplay doesn’t hold up to extended play in the same way that other SNK classics do. 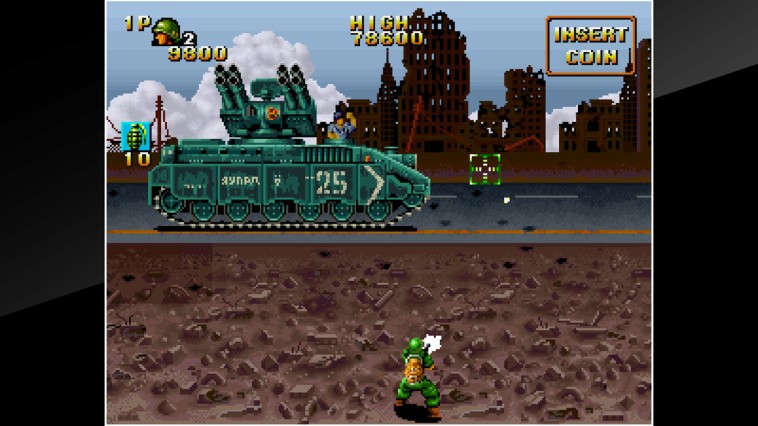 A big part of that is its charm…..or lack thereof. Visually, this is a perfectly serviceable game, but unlike games such as Metal Slug, which are awash with gorgeous visual flourishes and near timeless sprite work, NAM-1975 and its more realistic design (realistic by comparison you understand) feels somewhat dated and, well, a tad boring by comparison. There is some decent enemy design and some of the bosses are kinda cool, but there is simply nothing here to match the likes of Metal Slug or Shock Troopers.

At a glance, you might think NAM-1975 is some kind of Contra clone, but honestly, this is actually something of a unique beast. Despite seeing your soldier on-screen, this is much closer to the likes of Operation Wolf or those cool bonus stages from Alien Storm on the Mega Drive. For the most part, you are aiming a cursor and blasting the enemies charging down at you from the background – what sets it apart is that, when you’re not shooting, you’re actually taking control of your soldier, thus giving you the opportunity to dodge projectiles.

That might not sound very innovative, but in practice, NAM-1975 does feel relatively unique. Rather than just shooting projectiles out of the sky, this game gives you the opportunity to avoid damage buy running left to right on the constantly scrolling screen or even dodging them via a well-timed evade manoeuvre which becomes all but essential as you progress deeper into the game. 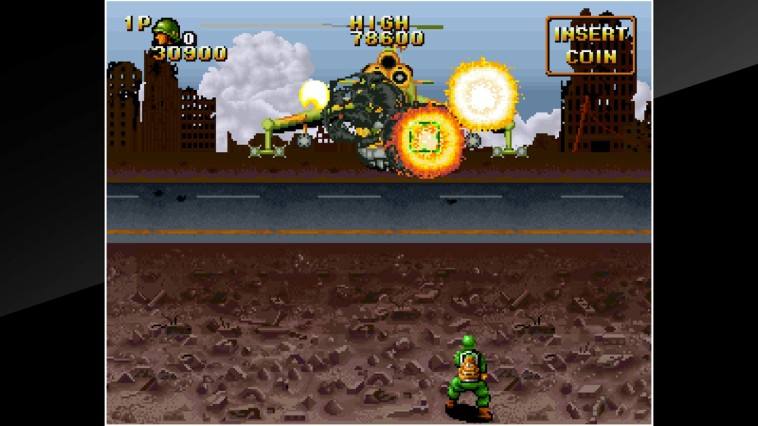 With plenty of power ups for both your gun and grenades, NAM-1975 certainly delivers plenty of bombast, and while its perfect pick-up and play mechanics make both single and co-op play enjoyable, the repetitive nature of the gameplay combined with the relatively bland art design make for somewhat short-lived fun.

While these Hamster re-releases still lack the kind of additional art work and historic details that would make them immediately more appealing, the array of technical options available along with the hi-score and Caravan mode (basically a timed hi-score run) do provide the otherwise shallow gameplay with a hint of much-needed depth. It’s not the kind of game you’re likely to spend a huge amount of time with, but as a quick bit of fun between extended bouts of Zelda: Breath of the Wild, Nam-1975 delivers an entertainingly old school distraction.