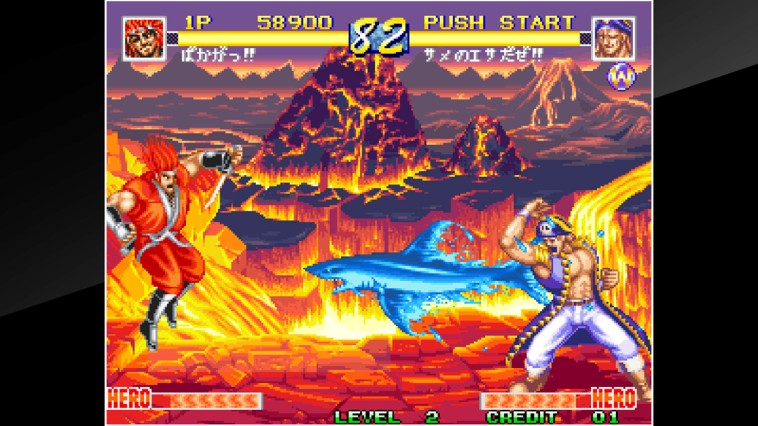 World Heroes is a great, if simple, series of fighting games from the early 90s, and World Heroes Perfect is the final entry to the set. The plot is simple: an American scientist by the name of Dr. Brown (a clear Back to the Future homage) perfects time travel and uses it to get together legendary figures from across time to duke it out. I say figures and not fighters because Rasputin, though known for many things, is not classically a fighting dude.

The Neo Geo was arguably the best fighting machine of its time, so having the Switch take the lead and port multiple titles is definitely a cause for excitement. From the start, it’s clear some serious thought went into the process: the launch screen offers you a choice of English or Japanese versions, a High Score attack mode and a “Caravan” mode. Caravan gives you five minutes to beat as much of the game as possible, competing, theoretically, against every other player who’s playing this on the Switch. Your high score is saved to an external feed that gives fans something to be excited about outside of the classic game itself. Also, the High Score and Caravan modes can be attributed to different accounts on the Switch, so multiple fighters in the same house can boast glory internationally without sharing a screen name. 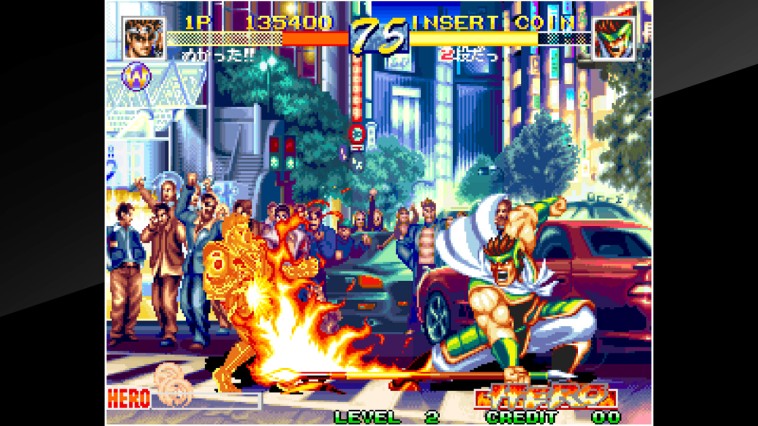 World Heroes Perfect is relatively tame in both execution and style compared to the complex fighters of today. There’s only three buttons to worry about, most special attacks are the classic setup (down/down-forward/forward PUNCH) and there isn’t juggling to speak of. Even the advent of the Hero bar, which charges up as the battle progresses, just results in a single, strong attack that’s executed by mashing all three buttons at once and hoping the other player doesn’t jump out of the way. I’m certainly not disparaging the game itself; as a fan of the 16 and 32 bit eras, World Heroes Perfect is a great slotting of nostalgia and fun.

The concept of the game and the absurdity of the matches also makes for an enjoyable experience regardless of your prowess in fighting games. With players from all over time and all over the world, there’s someone for everyone. Besides the aforementioned Rasputin, you have a psychotic American football player, a punk version of Jack the Ripper, someone who is certainly not Bruce Lee and even an island headhunter, just to name a few. It treads the line between silly and campy, and the dialogue in between matches, true to 90s fighters, is over the top and hilarious. 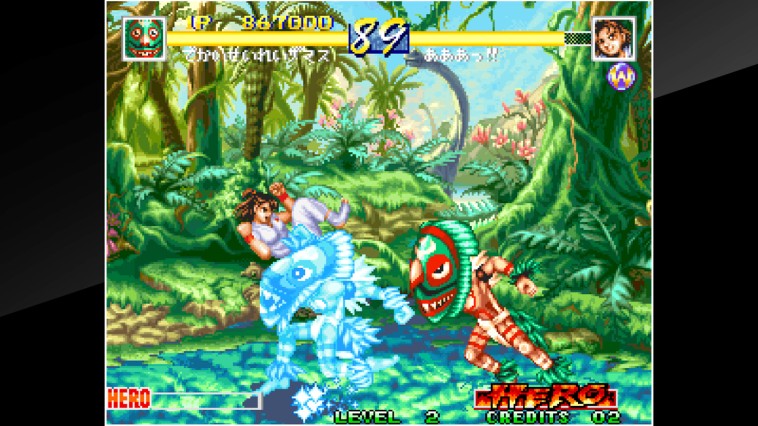 The issue arises, however, in the port itself. SNK has used the same basic wrapper for World Heroes Perfect that it uses for all of its Neo Geo games, which shows and suggests that two player mode is possible. It isn’t. Try as I may, there is no way to have a second player join in on the fun, which is such a huge, messy miss for the game. It’s literally a two person fighting game, and you’re restricted to solo play. I don’t know the reasoning behind this, but it makes for a pretty big misstep out the gate.

Additionally, the overlay of the world rankings and SNK’s wrapper sometimes causes lag between sessions and before/after games. This could be forgiven for, say, a fresh version of the game, but emulation has shown that the Neo Geo should be a no-brainer for modern hardware like the Switch. It’s a mild irritation at best, but it shouldn’t exist in the first place

If you’re a fan of the series and just want to play to relive or experience the brawl, then World Heroes Perfect delivers in a satisfactory fashion. But if you were looking for a classic fight with a friend while waiting for the Street Fighter V release, then I’ve got bad news, and I shouldn’t have to deliver it. Certainly don’t avoid this game, but tread lightly and remember the caveats, especially moving forward.