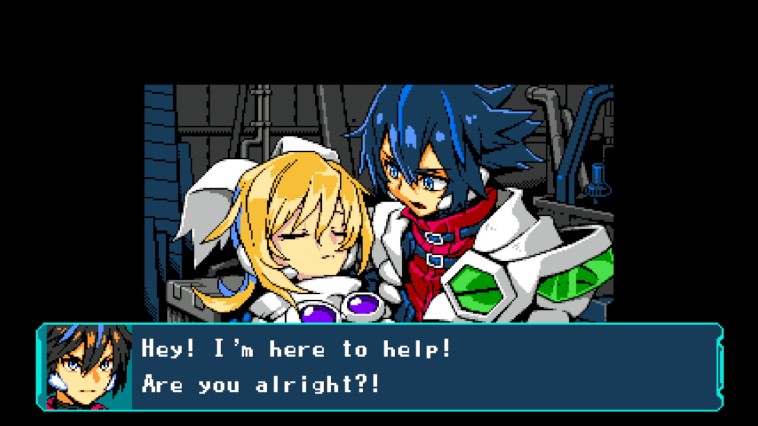 Blaster Master Zero is an original reboot of the classic NES title, Blaster Master, which follows our protagonist, a young boy named Jason, and his quest to find his pet frog, Freddy. In the process, he discovers SOPHIA III, which is a combination car, ATV and tank. Jason feels strangely attuned to this vehicle and proceeds to drive it through several worlds, trying to find Freddy in a variety of  strange and fascinating areas. He also finds a girl, Eve, who may be the key to the mystery of what SOHPIA III is.

Blaster Master (the original) is praised and beloved by fans of retro gaming, but ultimately suffered the fate of many NES titles: huge ideas limited by technology. Blaster Master allowed for Jason to pilot SOPHIA III around and explore terrain, but also had him needing to leave his trusty chariot at times to explore on foot. There is only so much you can do with an 8 bit pallet, and pixel difference sometimes made for frustrating transitioning and a lot of missteps that occurred in the process. Blaster Master was classically cursed with what some called “Nintendo Hard:” a game who’s difficulty was compounded by small hit boxes and unforgiving, tiny platforms.

Blaster Master Zero improves on everything from the original in a huge way without losing what made the 80’s release excellent. The graphics are, out the gate, a well done “modern retro” pallet, allowing the atmosphere, enemies and arsenal to pop and function in perfect clarity. You understand the purpose of the game immediately, and are satisfied with how the presentation comes across. Fans who are looking for the next AAA, jaw-dropping display won’t make a mistake of assuming Blaster Master Zero is here to go toe-to-toe with Final Fantasy XV. This isn’t to disparage the game: rather, it tempers expectations accordingly and still leaves room to be impressed with boss fights. 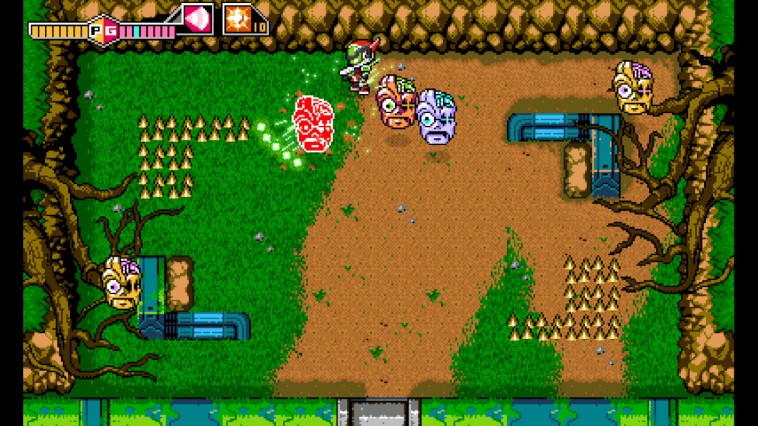 The controls are very responsive and SOPHIA III handles magnificently throughout. The layout of the buttons is a bit odd, at first, but you quickly adjust and become more attuned to what Inti Creates had in mind, which is a blend of the old NES mapping with extra buttons mixed in. I discovered halfway through the third world that I could use the left shoulder button to quickly toggle between weapons, a welcome change from needing to do to the pause screen and then sort through and not accidentally hit the cancel button. The controls are also buffed by a smart use of the HD rumble features, something that I encourage all devs to look into. While the haptic feedback of New Frontier Days was annoying as it only worked at one speed, there is subtly in painting the world that Master Blaster Zero incorporates through the rumble. When SOPHIA III first launches during the opening scene the player really gets a dynamic experience and suddenly the game feels so much more real.

The soundtrack is also a perfect throwback to where it all began. Since video game music has only become more popular in recent years, Blaster Master Zero has tapped some great talent, including Ippo Yamada (famous for his Mega Man series contributions) to bring the world to life aurally. Every world has a change in soundtrack and atmosphere, providing a good mixture of driving, foreboding and even saddening moments. If you get as hooked as I am, the soundtrack will be available May 7th, so mark your calendars.

Having said all this, Master Blaster Zero isn’t without some faults. Even with all the updates to handling and quality, the game is still hard but not always balanced. You will probably die multiple times on some bosses but then, suddenly, tear through the next boss without really breaking a sweat. Fans who’ve become invested in twin stick shooters will find most fights from Jason’s perspective to be terribly easy with a couple glaring exceptions (looking at you, Photophage). Fighting from inside SOPHIA III’s cockpit will feel great until there’s a boss that requires you to use the newly acquired hover technology, at which point you need to discover how to use a brand new skill while someone shoots lightning at you. 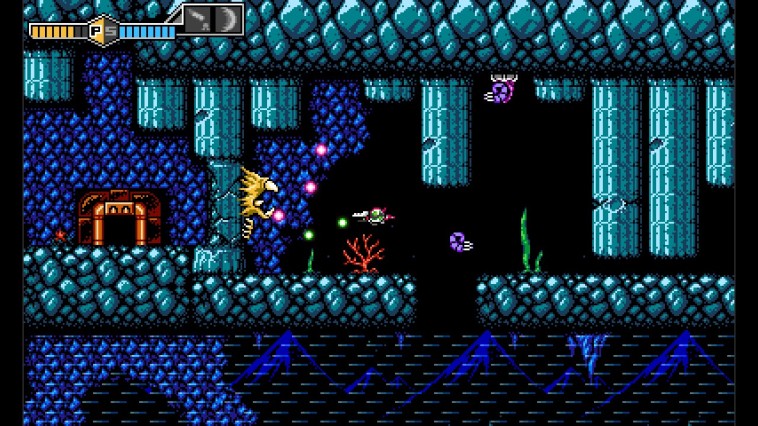 Save spots are modestly spread throughout but you will run into some stretches where you suddenly get worried you haven’t saved for a bit. Yes, the Switch can go to sleep and freeze wherever you are, but God forbid someone else wants to play and kills your game so they can get in their 1-2 Switch for the day. I think the save spots really preserve that retro feel, but auto-save between screens may have made things a bit less irksome when time is pressing.

These last points are, ultimately, nitpicks at one of the best values I’ve found on the Switch so far. Master Blaster Zero incorporates a lot that the Switch can do without hindering the overall experience in any way. It’s fun, it’s nostalgic and it’s still fresh and new. For ten dollars, MBZ is an excellent investment and one of the most Nintendo things I’ve seen on the Switch. Recommended with reckless abandon.