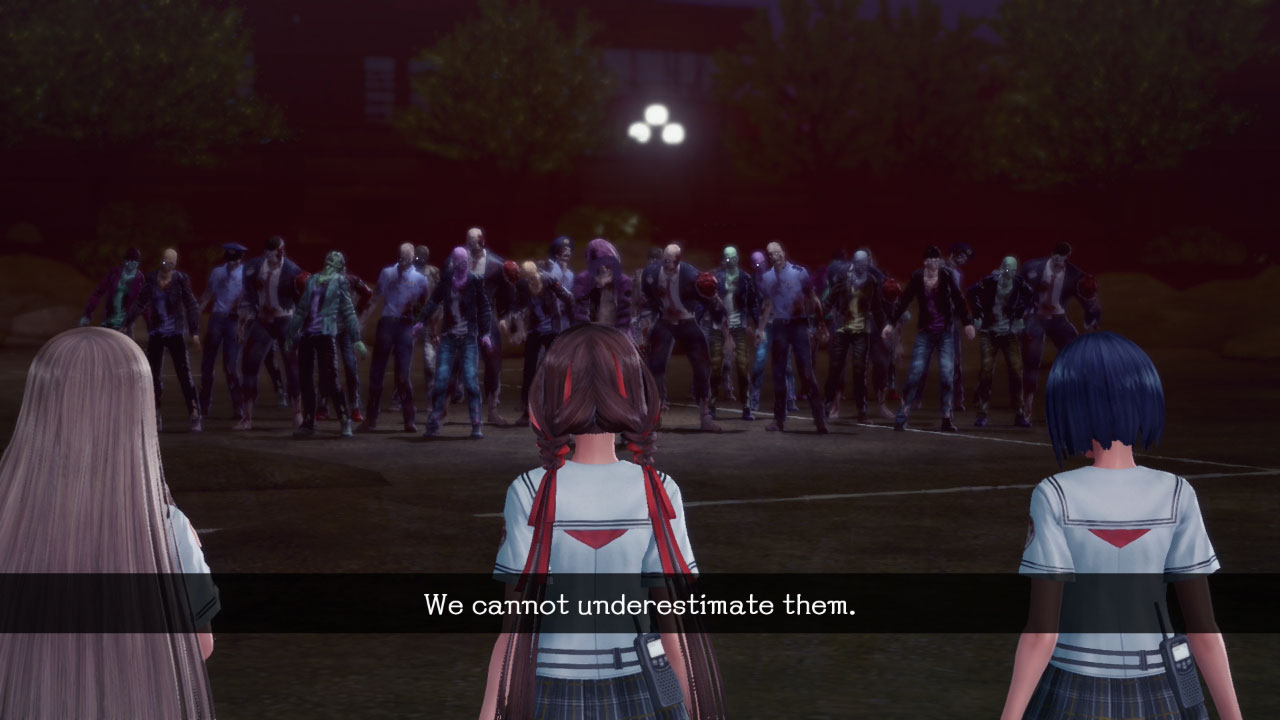 In an attempt to expand my knowledge of the genre I decided to review ‘School Girl Zombie Hunter’, a third person shooter in which five friends find their school overrun with zombies. These five young ladies get stacked with guns and ammo in an attempt to rid the school of the infectious hordes that roam the grounds.

Each of the five girls has their own unique look and begin with different weapons. One young lady is assigned a pistol, another has a shot gun, an automatic rifle, a sniper rifle etc. However, you can personalise your team between missions and assign them each whichever weapons you are most comfortable using. As you play through the missions you unlock a much wider arsenal of guns with various different statistics. You can also unlock more cosmetic changes such as alternate outfits and underwear. 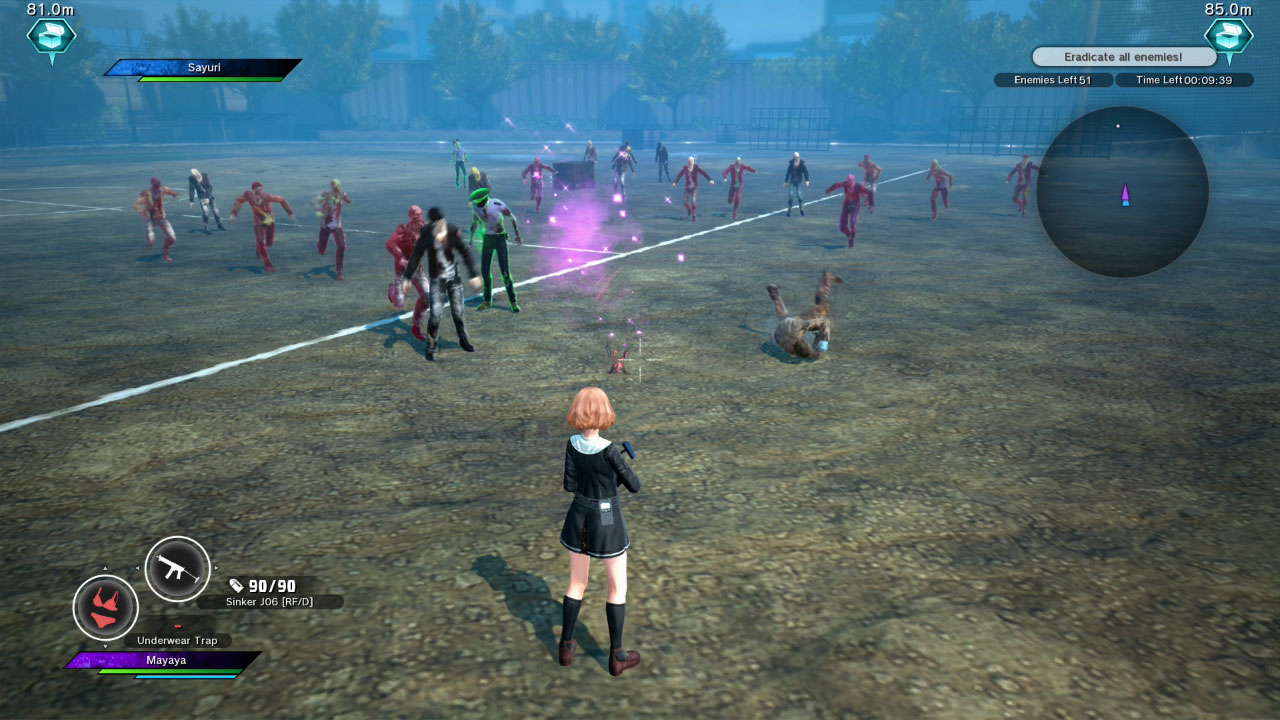 The main campaign is divided into 5 stages, each of which contains multiple short missions. When you first play a mission you are assigned a girl to play as in continuity with the story, however you can replay any mission you’ve beaten as any of the characters you prefer. The mission objectives vary subtly from reaching a checkpoint, defending a mark, collecting keycards, but the gameplay itself always boils down to the mindless shooting of slow moving zombies.

The arenas that the missions take place in are all school locations from corridors, to sport halls, to the surrounding school grounds. Many of the locations get reused and recycled throughout the stages which can get a tad monotonous. It would have been nice for the locations to expand out a little, but it’s not a major issue. In order to keep the action contained to specific locations, doorways and corridors get blocked off by blue force fields. This struck me as a bit of a cheap workaround and a sign of sloppy level design, having said that it does the job.

The pacing of the campaign is a little jittery. Missions are short and frequently get interrupted with uninteresting cut scenes, menus and loading screens. It would have been nice to have fewer, yet longer missions to keep the action going for a decent time with minimal interruptions. The combat is pretty generic and not too challenging. Guns require reloading time, but ammo is unlimited so you don’t need to worry too much about pick ups or ammo management. In addition to running around you can also dodge roll and throw decoys to help deal with crowd control. There are melee attacks such as swinging clubs and judo kicks which you can utilize when you need to take out several enemies at close range, but for the majority of the time you can rely on the guns to get the job done. 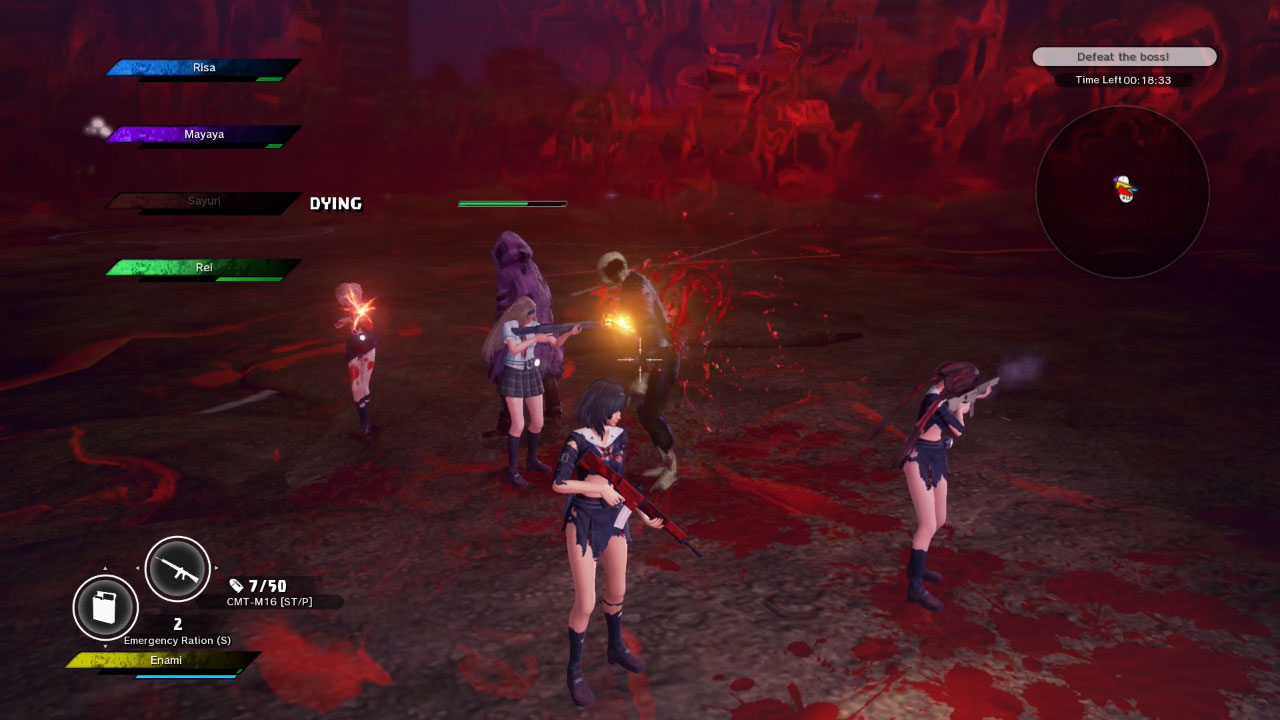 The later stages can put up a little resistance, but most of the game is a bit of a breeze with the full story mode lasting around 4 hours. Having said that you can replay any mission to help level up your characters and you can also unlock harder versions of missions if you feel unsatisfied with just the regular challenges. After each mission you are given a rating. It is not essential to get the best rankings in order to get to the end of the campaign, but they do contribute towards trophies and achievements.

The graphics are a little bland. There are a handful of zombie types so you often see clusters of the same enemy models wondering around together, all in the same clothes and no variation. I’m not suggesting that every enemy should look unique, but a bit more enemy variation would have been welcome. The environments also look cheaply made and a tad like they were made from store bought assets. I’m not saying that they were, but that’s the vibe you get from looking at the game. In fact, aside from the five main characters the game looks a bit lack luster.

Overall, ‘School Girl Zombie Hunter’ was a little disappointing. There was potential here, but zombie shooters are ten a penny and there are certainly more interesting fan service games around. This is certainly no ‘Left 4 Dead’ or ‘Dead Rising’. In fact, with many popular main stream shooting games such as ‘Call of Duty’, ‘Red Dead Redemption’ and ‘Saints Row’ all including really competent zombie modes in some form or fashion there are many better alternatives if you want to enjoy this type of gameplay. As for the fan service itself, sure you can have the girls running around in their underwear and there’s the occasional panty shot when they perform a high kick, but SGZH takes itself a bit too seriously for my liking, so this all falls a bit flat. If you’re looking something a bit more racey and madcap then I would recommend ‘Peach Beach Splash’ or even ‘Gun Gal’ as better alternatives.