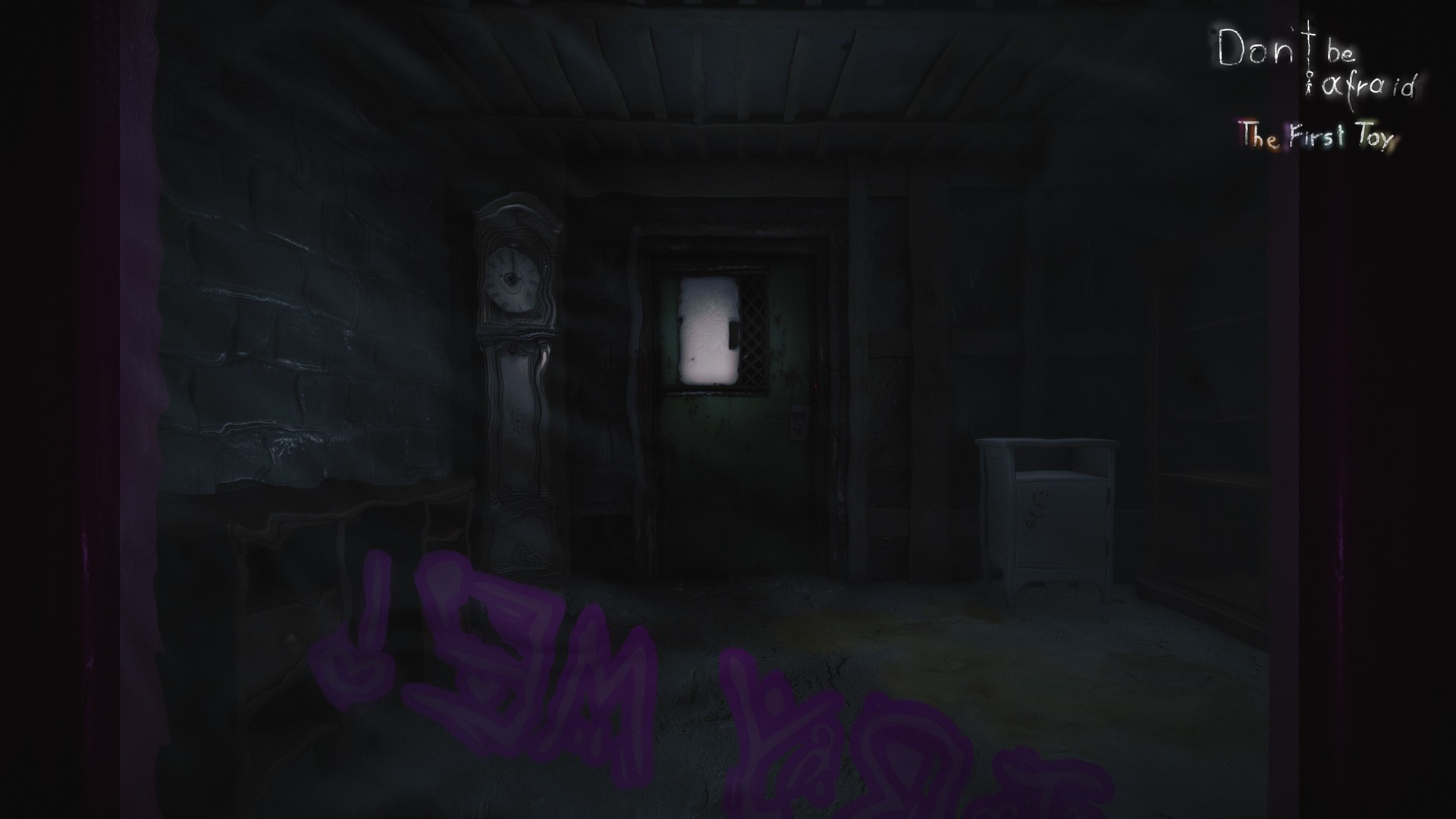 Don’t Be Afraid – The First Toy follows Jerome in his story to trying to escape the psycho who had him kidnapped for unknown reasons. The mass of the huge basement is filled with manikins and maze-like puzzles that Jerome needs to traverse to escape, all with a side of a supernatural and the mystery of what his kidnapper does to his victims.

Right off from the first cutscene you see a PS1 level bad guy, low quality textured and polygonal. Visually, it stood out from the manikins and the environment and makes for an odd first presentation of the main baddy who should provoke the most fear. The moment you get your first candle, the main gameplay item, you can see your character’s hand that looks horribly glossy and looks to be made of slime. The atmosphere also suffers from the constant dark and grey that you would see in the many other Unity horror games out there, making this title stand out very little. 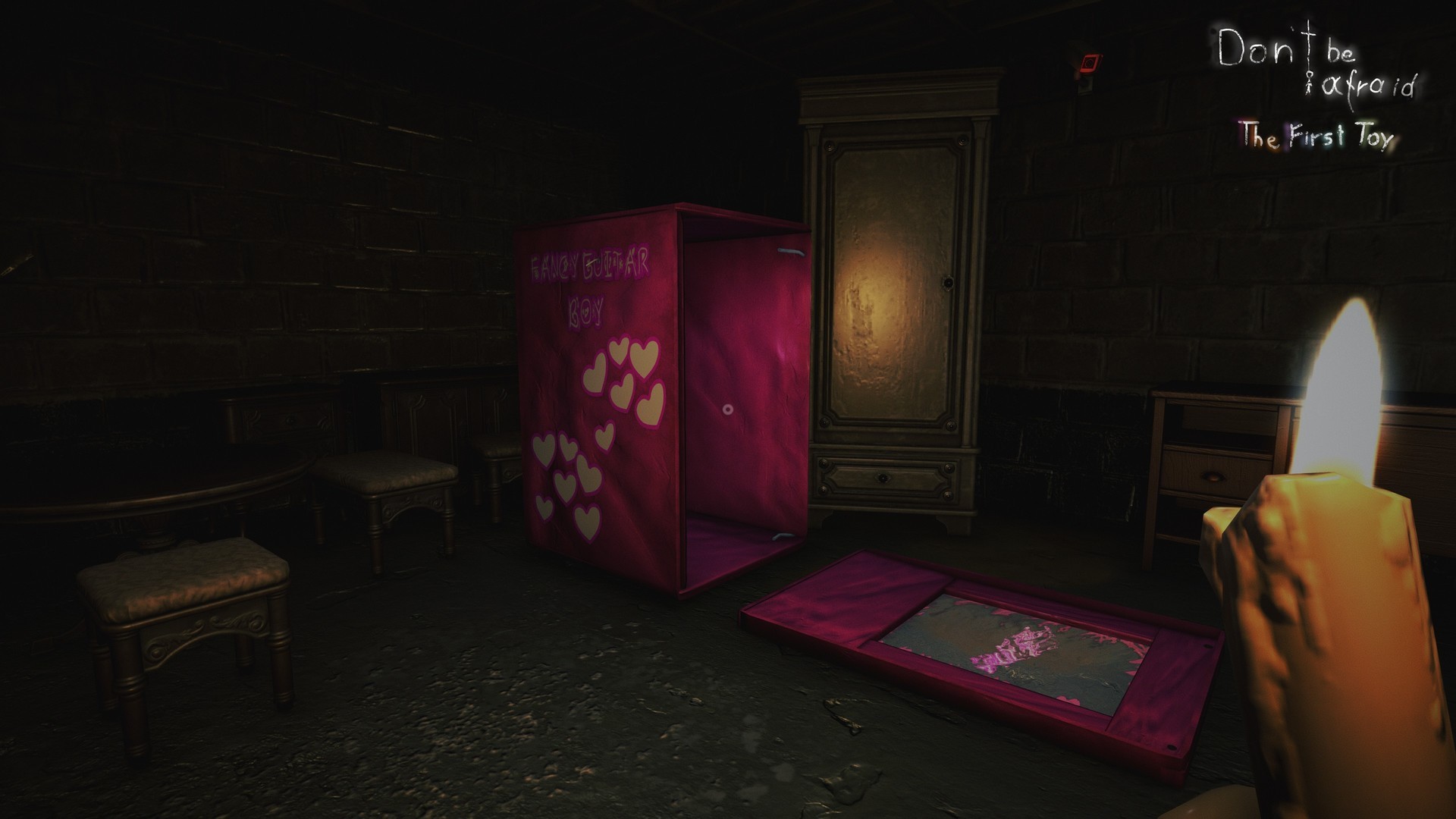 In every way, this game is like any other Unity horror game out there, especially on the gameplay elements which aren’t hard to figure out. The main idea is to take the candle to the dark spot in order to get a key and continue to the next room, without the candle being blown out by a manikin. There is no challenge or danger in that. The actual danger, you would think, would come from getting chased around. This does not happen.

The horror in the game is one of artificial horror moments and effectless sounds. It lacks any presence of danger and when playing through Don’t Be Afraid – The First Toy is 99% noises which eliminates all horror from the game. One of the best elements of horror games is the feeling of simulated danger. When a game is all noises and no follow-through because each and every noise or jumpscare time has led to nothing, you realize there is no game over. It takes away the core element of the genre, horror.

A possible game over only comes right at the end, but it comes in the most ridiculous fashion. You’d think it was the main bad guy chasing you, but no, it is a rip off of the leather-clad infected from Resident Evil running circles in the doughnut-shaped final room of the game. It then becomes apparent that he is pre-pathed and there is no danger. He is pre-programmed to run circles until he finds you, then he heads straight towards you at ridiculous speeds and ends your game. After the 5th time watching him run a NASCAR track around the room it became laughable, which added to the plain design of the monster. The worst part is that there are actual assets that are scary and in the room compared to the actual monster that chases you. 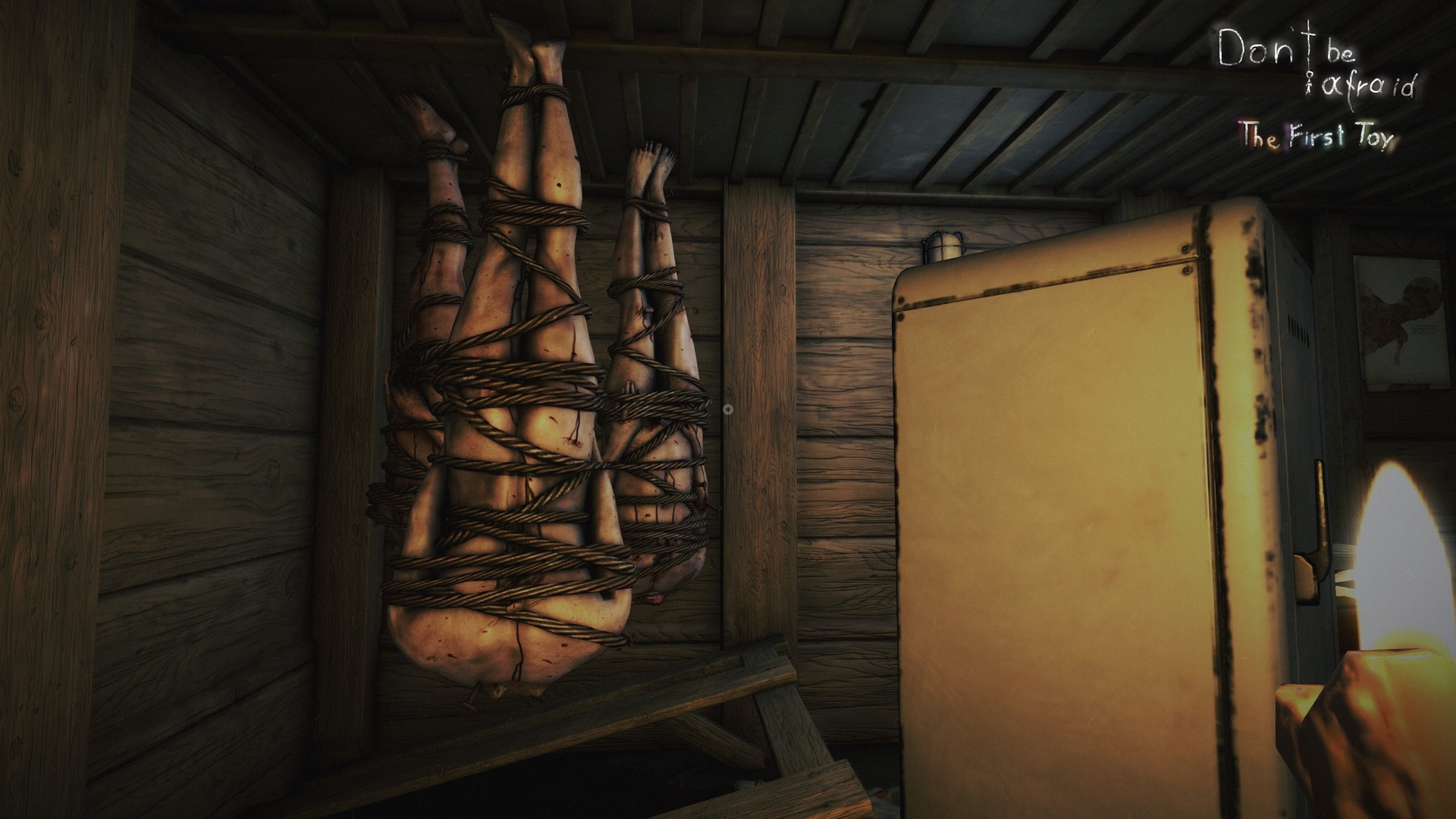 The worst offender that gives this game an air of cheapness is the use of MS Paint in the game. You can occasionally see the use of the brush tool through the game to mark places or for wall writing, and it glows, making it stand out like a sore thumb.

Don’t Be Afraid – The First Toy’s biggest killer is that it is too run of the mill and cheap about it with elements that were done better by others in the Steam Unity Horror category.

Shawn Valor no longer writes for Bonus Stage. We would like to thank him for contributing 2 Reviews during his trial period with us. Reviewers are an essential part of Bonus Stage and therefore we sincerely appreciate all contributions from reviewers/writers who in-turn help to contribute to Bonus Stage's success. We wish him every success with his next venture.