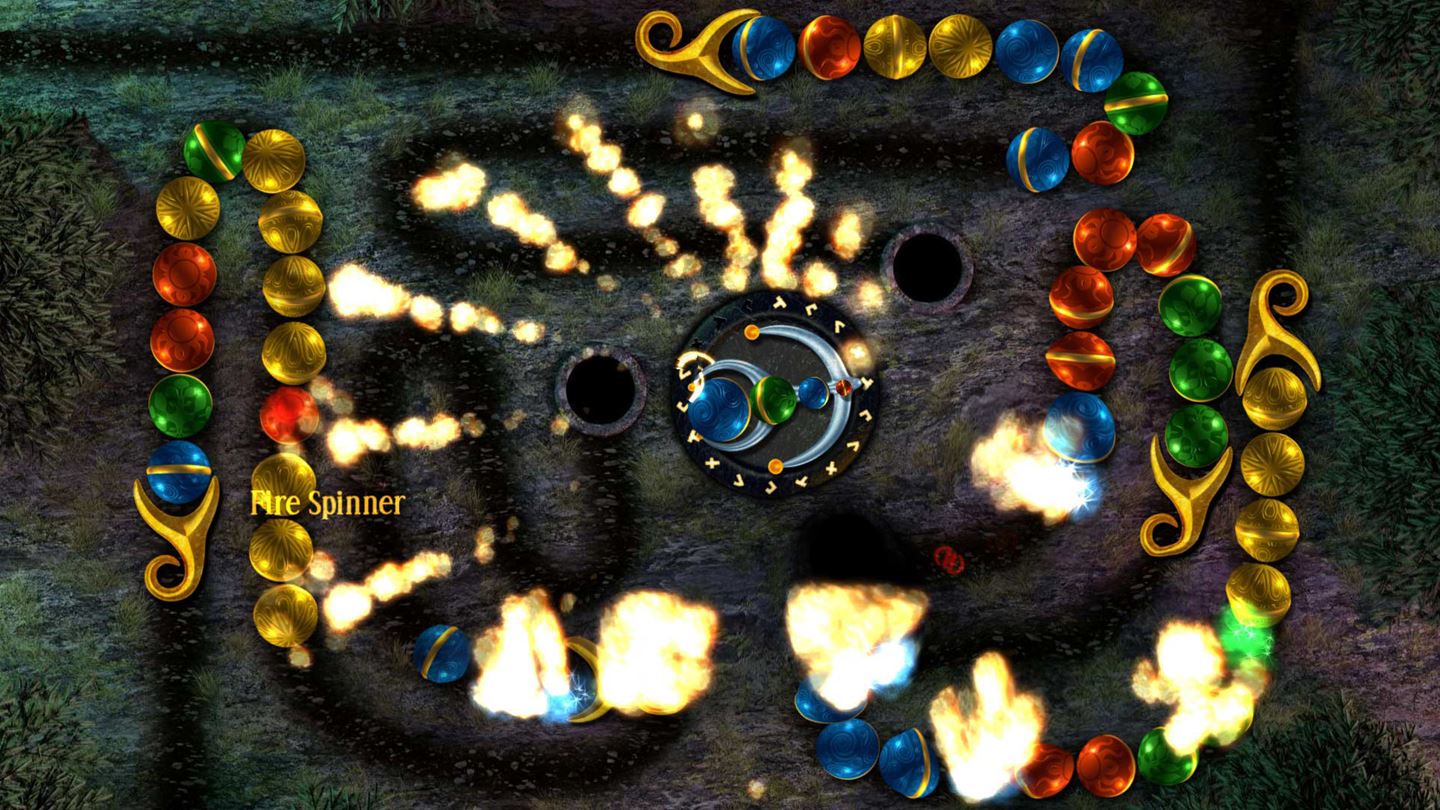 I tried to think of a clever way to introduce Sparkle 2 onto the Nintendo Switch, but I really couldn’t compel myself to find an existing parallel that made sense or hadn’t been used so many times before. It’s a semi-casual game from the guys at 10tons Ltd, who, of all their awesome titles (Neon Chrome, Time Recoil), decided to go with a variation of a Bust-A-Move style puzzler to be their foot in the door to get onto the Switch. Well, if you’re not going to make a new game, at least make sure you make a good game, right? And I’m very glad to say that Sparkle 2 is a solid entry onto the new Nintendo hybrid darling.

A bit of a backstory. Sparkle 2 uses a gameplay that is very akin to the Popcap masterpiece, Zuma, and has been emulated by countless developers with a variety of different ideas and backstories. Basically, instead of shooting from the bottom, you get a colorful orb that you can shoot from somewhere in the middle of the stage at a coiling snake of ever advancing, multicolored balls. Match three or more and they eliminate each other, and can cause a chain reaction when the balls re-join to re-form the snake, which leads to bonus multipliers, which are directly related to extra powered effects happening. As you go along, you encounter a lot of variations on the stages (multiple snakes at once, sometimes no clear shots available) and so strategy becomes mixed in. 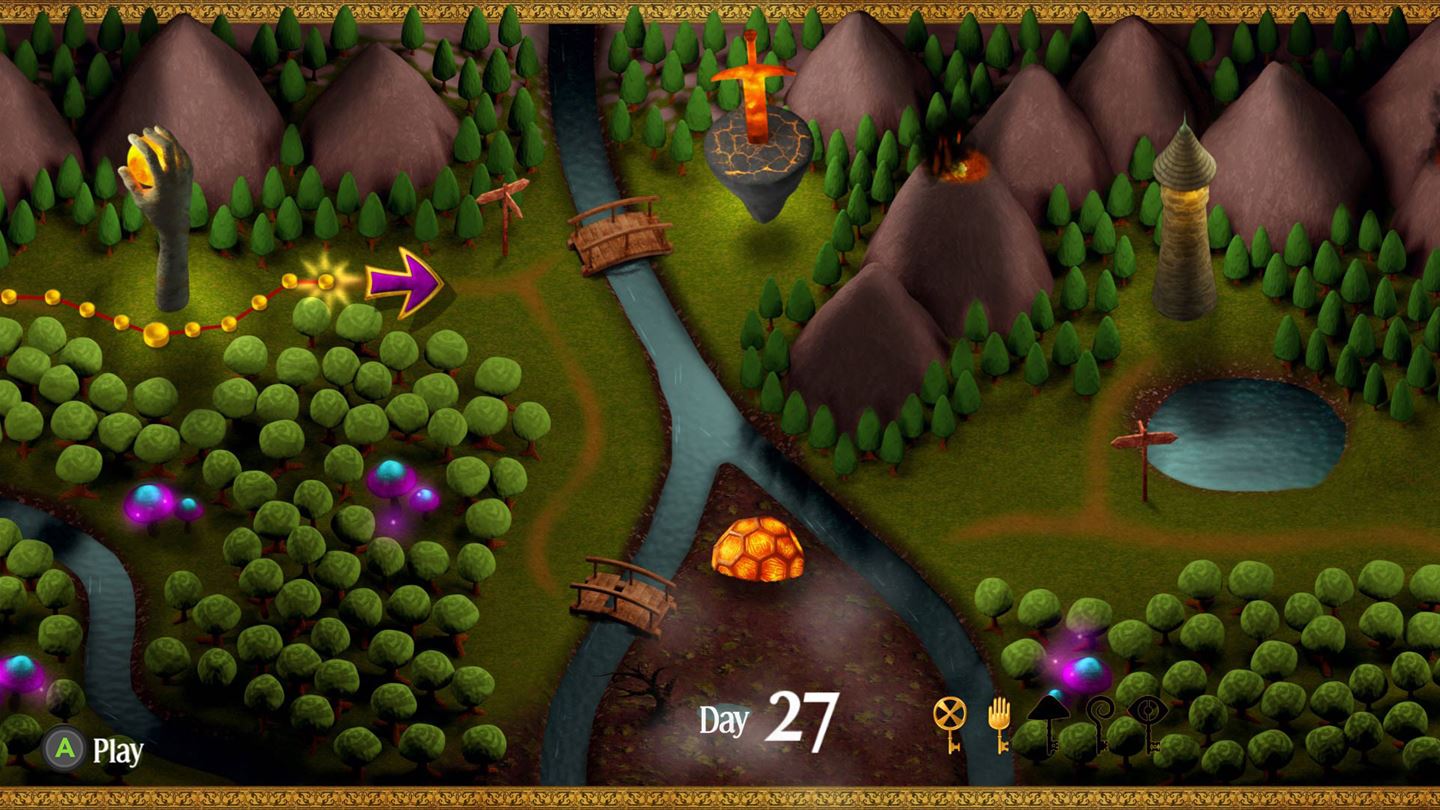 One thing I really like about Sparkle 2 is that it’s taken a page out of the fad from yesteryear, hidden object games, and have done their best to mix in a serious story to help back up the arguably simple gameplay. In this case, you’re a powerful wizard in the making, trying his best to harness his skills to fight back against the darkness that’s encroaching upon the land. Not original, by any means, but incredibly well suited to help make the gameplay work. For one, the orbs naturally lend themselves to a mystical element, specifically in gazing and, in addition, they remind me of the orbs you might see atop a warlock’s stave. In addition, this backdrop allows for the backgrounds and settings of each level to have that kind of “I’m studying to be like Merlin” element. Everything is, at first, very natural and set in the woods, like you’d be going grassroots with your magic campaign, and the orbs appear from a cauldron that eventually gets sealed shut by actual roots from a plant. The “magical” atmosphere also allows for a surprisingly good and engaging soundtrack. It doesn’t feel like a game soundtrack, if that makes sense. Rather, Sparkle 2 has clearly given the direction to their composer of “feel like Harry Potter,” which I felt it rather did. It’s a note that I would pass on to any developer, to make their music fit the world, not necessarily the gameplay.

Sparkle 2, being a game that’s a bit older (over two years on Steam), also has the advantage of knowing what works and what doesn’t with porting it over to the Switch. For one, there is no rumble, which I can assuredly say is a good thing. Can you imagine the distracting buzz every single time you hit an orb or had a combo? But there is touch screen control, which is a massive boon for a game such as this. Since you really need to finesse some of your shots, the Joy Con, as much as I love it, doesn’t have the precision always needed when scrubbing with the left or right stick. You get a really cool dynamic depending on your play style, as a result. The touch screen is perfect for when you’re always confident with your shot, but it’s harder to cycle orbs (you can swap to a different colored orb if you have no clear shot with your current ammunition). The buttons make toggling easier, but I aggressively argue that you can’t really make a good hit without the touch screen. A combination of the two makes for the best style ever, especially since you can effortlessly swap between the two without the game balking at you. I mean, sure, you can’t do that in docked mode, but Sparkle 2 isn’t a multiplayer shindig, this is for you and you alone. 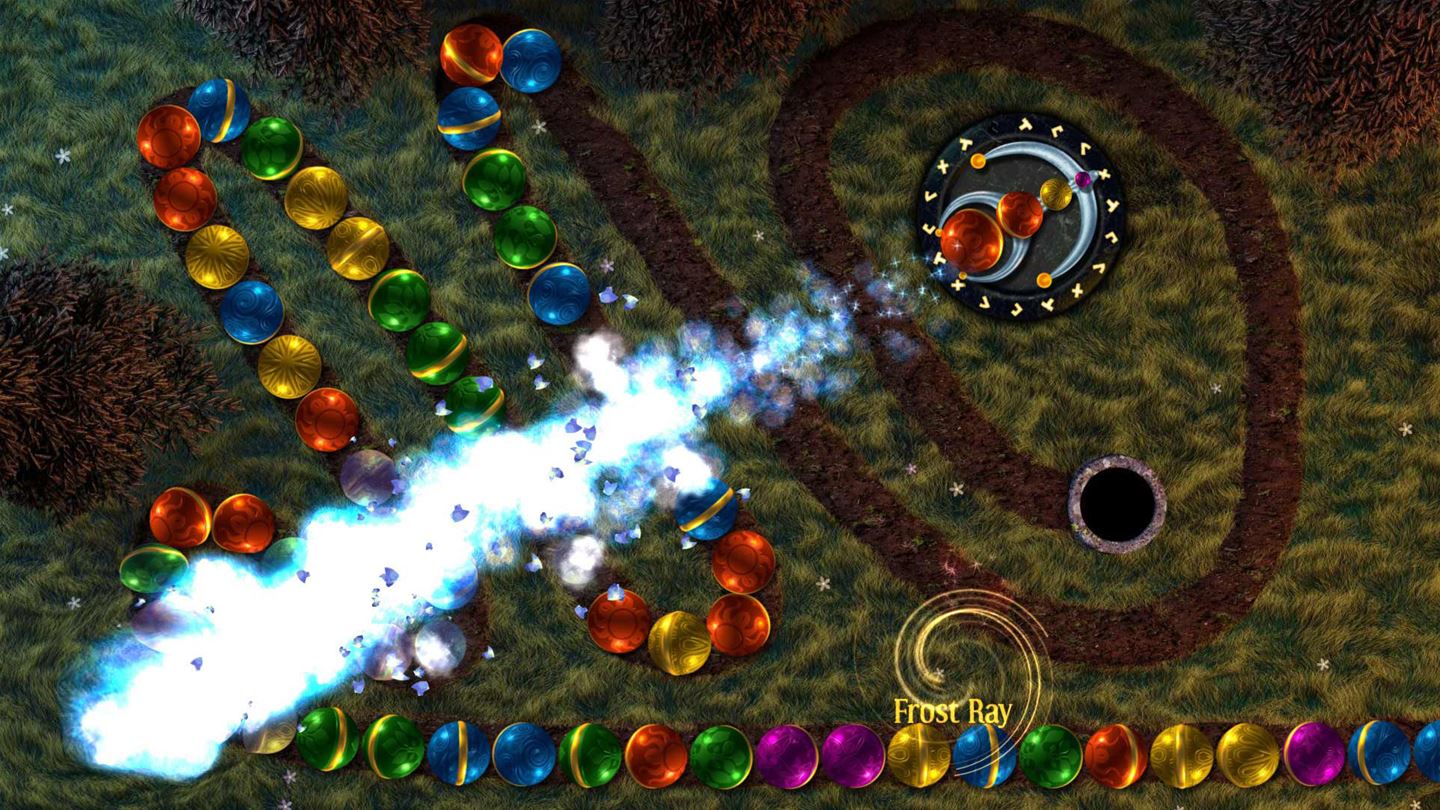 Additionally, Sparkle 2 also has the benefit of knowing its audience and being able to expand upon what’s important. There are a TON of levels, more than I could play with a dedicated three hours of time, and that’s just in the main mode. After a while, you can unlock variants of gameplay, such as a survival mode to truly test your fortitude, and the ability to make the game slower and easier (at the expense of it being, well, a lot longer). Not to mention the game is far from linear. Sparkle 2 plays out like a massive, fantasy world map that can lead to different quests and areas, each with more maps to play and secrets to unlock. I mean, the downfall is that it’s more of the same: you’re not going to miraculously find a location where it suddenly becomes a top down shooter or something insane, but there is a ton of complication to the puzzles. Perspectives shift, you get growing snakes on top of each other, and the pressure really comes fast and furiously if you’re not accurate. That’s what I really enjoyed about Sparkle 2: if you were good, it was great, and if you were shite, it became hell pretty fast.

Sparkle 2 isn’t a game I would have thought to pick up based on name and appearance alone. I’m often wary of the rise of match-3 games, simply because the early 2000s were so overrun and saturated that it made me pretty sick of the genre. But time has passed, I’ve become more forgiving, and there aren’t many on the Switch just yet. This is a solid entry with good music, decent graphics and enough unique factors to make it engaging and interesting for quite a long play session. If you’re looking for a handheld title on your Switch that combines the appeal of some mobile games with the longevity of a PC entry, then Sparkle 2 is your jam for the weekend to be certain.