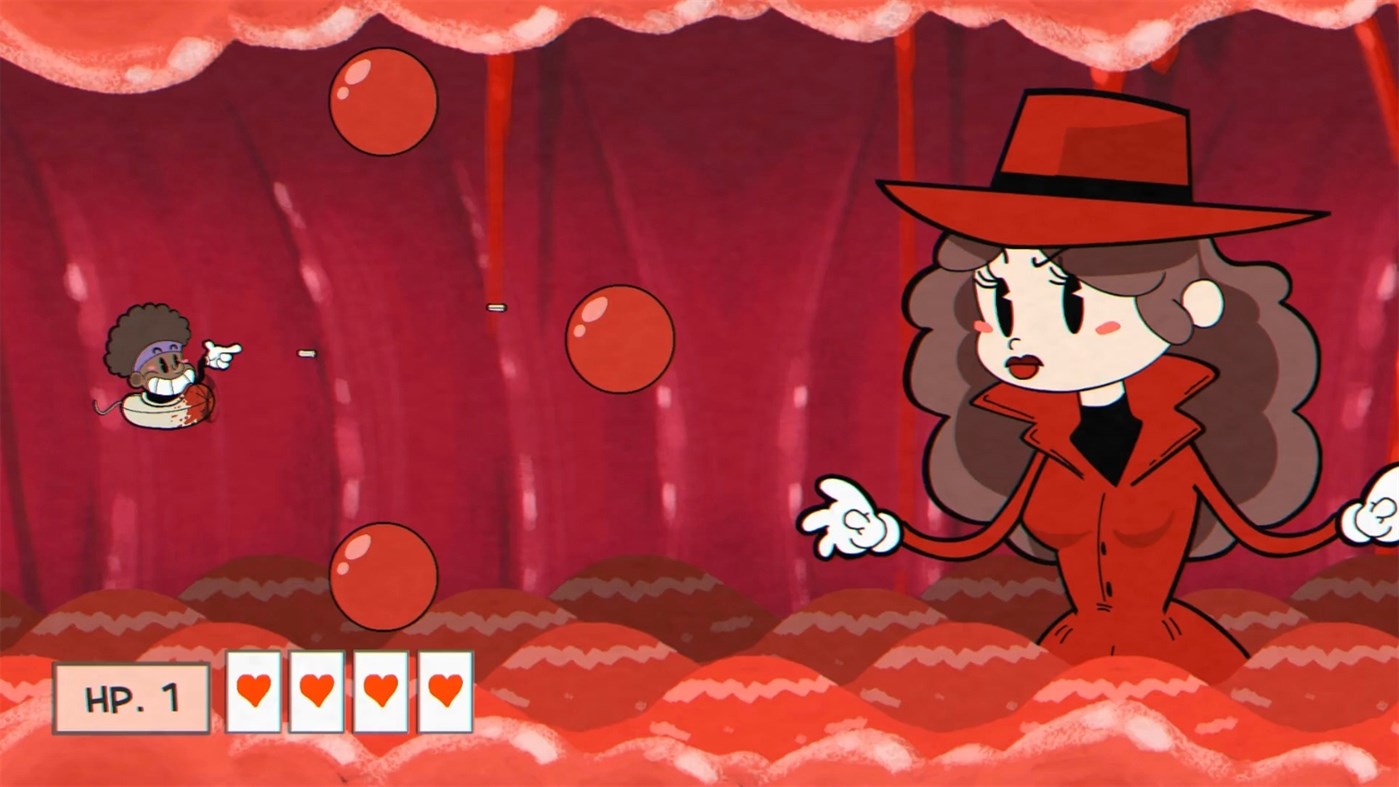 I bet you think that life as a game developer is all fizzy pop, playing on computers, and dating the hottest Cosplay players from around the globe. This may be the case for the top end devs, but for the lowly Indie game creator, it’s more about living within the confines of the bedroom in their parents basement, where pizza and energy drinks are consumed in unhealthy quantities. Jandusoft S.L., the publishers and developers of Indiecalypse, have attempted to show the world what life is like as a struggling game developer in this dark humour-laced, mini game adventure.

You take on the role of 3 characters who are desperate to use their individual skills to create the best game in the world. Jack is a self proclaimed computing genius, but his life takes a turn for the worse. A school mate copies his exam paper, causing him to get expelled. Murder, a job in a fast food restaurant, and lodging with a rather creepy and inappropriate old man becomes the new norm on his way to fulfilling his dreams. Ethan is the audio man of this trio, he meets Jack at the fast food restaurant, he tells his woeful tale of leaving his last job due to a mix up with drugs and an explosion. Finally, you have Violet, she has a rather nasty twitch due to an overdose on coffee. A former member of a fine arts college, she tells her story of how it all went wrong and how making it in the gaming world as an artist is her calling. Violet lives with her rather adventurous gay flatmate, whose date goes from kinky to death in a matter of seconds. The flat is ransacked and her final art piece is stolen, all that is left is the corpse of her former flatmate, and some miscellaneous items. With the examiner on her way, what is Violet to do? Improvise, that’s what! Unfortunately for Violet, the rather interesting piece of work is a copy of a Dutch artists’ creation, and she is expelled for plagiarism. Here we have the backgrounds of all the characters, and trust me this only goes on to get weirder and weirder.

Indiecalypse is an adventure title told through text narrative. Quests are given to each of the characters, where you have the option to select from a variety of witty, rude, or direct responses. None of these really make any difference to the flow of the game, they just add humour, and allow you to express how you think the situation should be handled. Once you have arrived at the aim of your quest, be it to speak to someone, or collect/deliver an item, you’ll be thrown into a mini game. These are short snippets of a variety of genres. Influences from other big games, and films are clear to see, and practically every element is treading a fine line between dark humour and being inappropriate. Let me give you some examples: Bloodhead, you suddenly come on your period without any sanitary products, you have to destroy the red lady in order to progress. Shower with your Grandpa, you must identify your creepy house mate grandpa among the others and touch him in the shower. You gain bonus points if you pick up the soap first, the aim is to accumulate enough points by touching the correct old man, place a hand on the wrong one, and the game is over. Like I said, treading a very fine line, however, I laughed pretty much the whole way through. The comedy runs along the lines of something that you’ll find in an episode of South Park, so if you are a fan, then you will love every minute of this.

Everything flows nicely from start to finish and you can easily play this as a casual game, though I simply loved it, so I binge played it over 2 sessions. If you decide to play this on a casual basis, then leave enough time to complete a chapter, I’d say around 40 minutes should be enough, but, that depends on how well you get on with each different quest. If you quit the game before finishing the chapter none of your progress will be saved and you will have to replay all of it. The developers have offered no chapter select, so, if you fancy experiencing a particular part again, you’ll have to start from the beginning, and experience the whole twisted plot again. 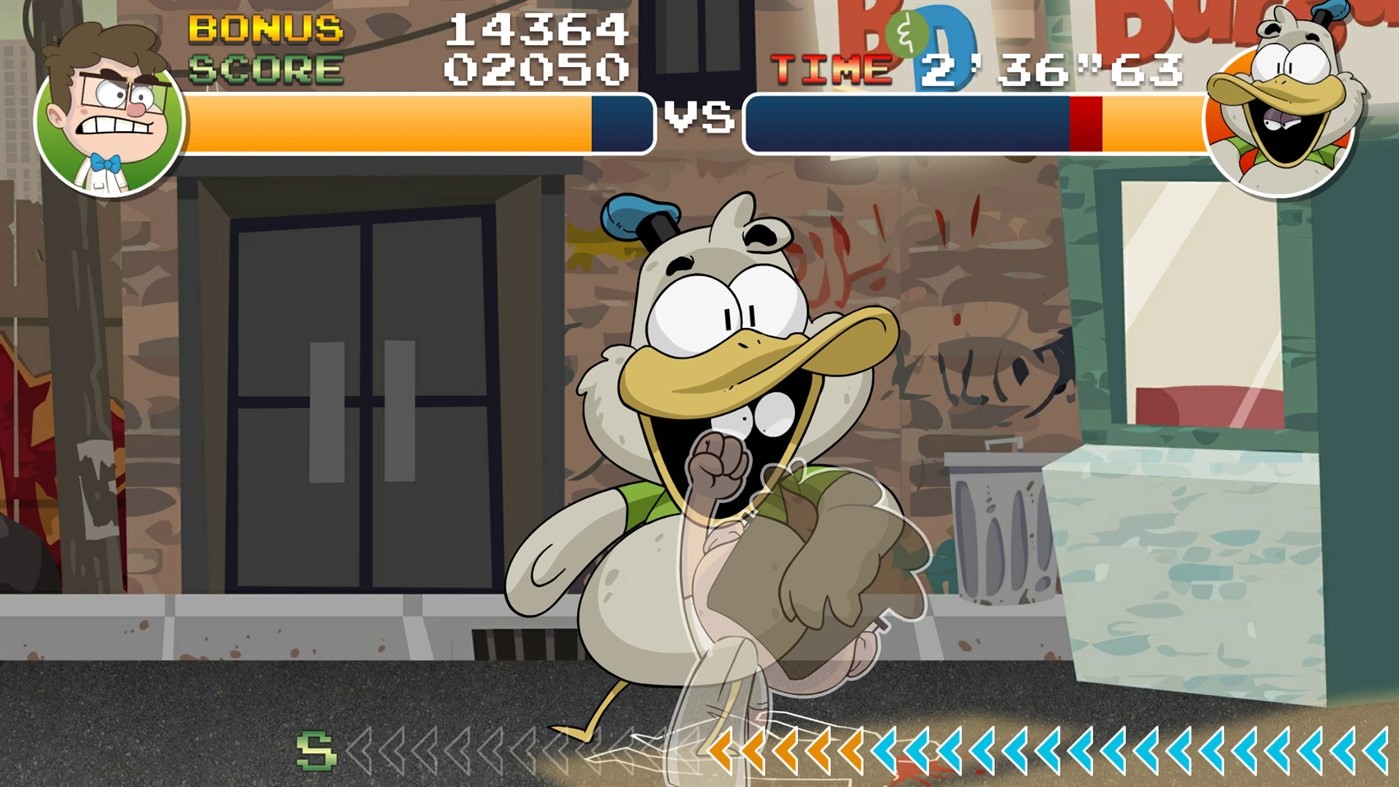 The gameplay is split up into 7 chapters, the majority of the action follows Jack’s life as he is the main protagonist, 1 chapter is reserved for each of the other characters. You are kept interested by the pace at which the action takes place, and the variety in styles of the mini games mean that there is something for everyone. The dark humour will not be to everyone’s taste, as I’ve already mentioned, it’s flirting with what is inappropriate and will upset some with delicate dispositions. I admit at times I laughed with disbelief at what I was watching and taking part in. Every single quest is achievable and though the majority of the explanations of how to complete each challenge are woefully poor, trial and error soon helps you work out what needs to be done in order to move on. If you happen to fail, don’t worry as the game restarts quickly and you just pick up where you left off.

As most of the game is influenced by different genres, it was fair to expect that the graphic style would be a little unusual. The majority of the action looks like a kids cartoon with crisp lines, clean colours and bright and vivid imagery. As you delve into 1 of the 20 mini games available you start seeing influences from Angry Birds, Minecraft, Dungeon Master, Disney and many more. This eclectic mix shouldn’t work together, but it does. As each follows on from the last, I found myself pushing forward just to see what type of game I would be playing, and what art style had been used. Jandusoft S.L really have excelled themselves in how they put together such a random collection and made it work exceptionally well.

As with the graphics, Indiecalypse has a bizarre audio. The music is like nothing I’ve heard before, and quite frankly outside of playing this title, I never want to hear it again. This doesn’t mean it’s bad, quite the opposite, it’s really very good. There was no repetition of either sound effects, or musical tracks. With so many little sections, it must have been tempting for the developers just to make things easy on themselves, fortunately, they didn’t take this approach. One of the songs that really sticks in my mind for its cringe worthy creepy nature, is The Shower With Grandpa game. It is inappropriate enough in concept, without adding the sound of groaning people in the background, it was so wrong that it was right. It successfully blurred the line between amusing and just plain sick. 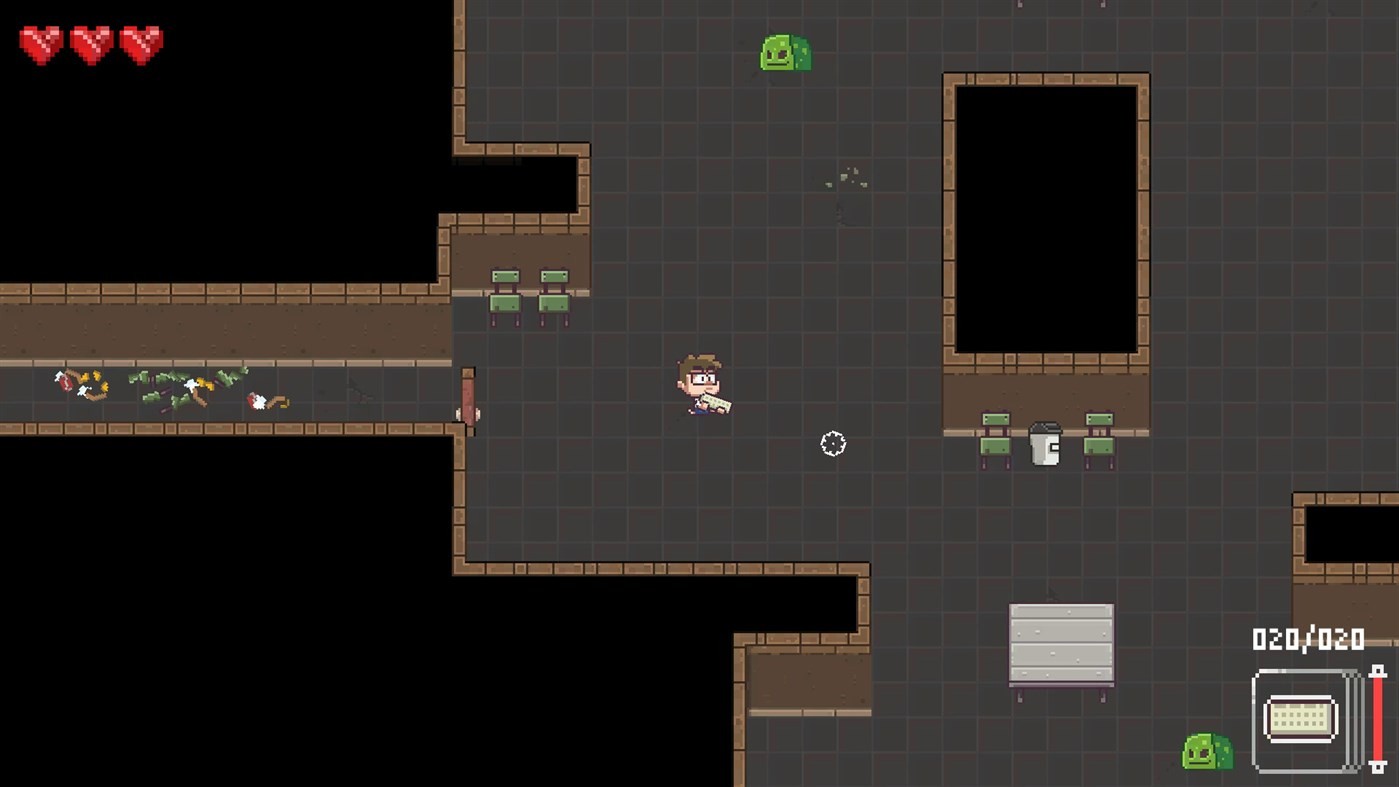 As this title is made up of lots of little elements, you won’t be surprised to hear that the control system is varied. Moving around the map is pretty straight forward, with the only issue being that selecting objects had to be done in one exact point, miss it and you have to move back and forth until you find the right place again. Hardly game breaking, but annoying nonetheless. I’ve previously mentioned about the tutorial for each of the 20 quests, these certainly weren’t clear on what buttons you needed to press, but in all honesty I just jumped in and tried my luck. Sometimes I failed, sometimes I was successful, it was all part of the game’s unusual charms.

You are given the option to play any of the games that you have found while playing the main adventure. Any that you have yet to experience are greyed out and annoyingly you are given no clue as to where they are located. This freedom to play any of your favourite bits really does add longevity, however, this is counteracted with the lack of a chapter select. On my first run through I missed three sections, I have no idea where they are, or if I will find them if I play it again. What I would have liked was the opportunity to select one chapter at a time, and be able to play it at my own leisure. I fear that if I miss another portion during a second run through, then I will be forced to play it all over again, just to experience everything that is on offer. I ploughed approximately 4 hours into my first attempt, and if I was to obtain all the achievements I think the total time would be 5 to 6 hours. As I found out, achievements can be missed, so keep your eyes peeled, and search every inch of each stage.

A bizarre, humorous, unusual and eclectic title awaits you if you take on the challenge of becoming a game developer in Indiecalypse. Jandusoft S.L has done an incredible job of pushing the boundaries, while just about keeping on the right side of the “appropriate” line. With a fine mix of graphic and audio styles, you will laugh and be appalled all at the same time. I absolutely recommend that you purchase this title, it’s funny, rude, and downright wrong. In short, it’s brilliant. So sit back and relax, becoming an Indie game developer is a tough, dirty, and sick job, but someone’s got to do it, right?

Life as an Indie game developer can’t be that tough, can it? Murder, working in a fast food restaurant, and inappropriate relationships all await you in this dark humour filled mini game adventure.