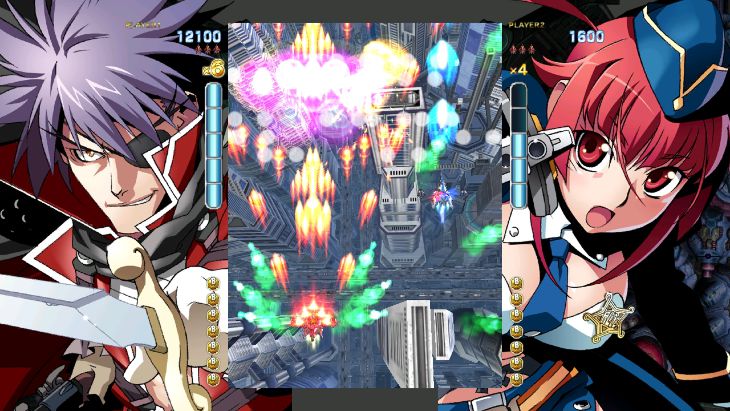 “There have been too many shmups released recently”… is what idiots say. Idiots that deserve to be be shot up the nose in real life by tiny, angry space ships. I don’t have the same amount of free time I used to, so sitting down in the evening for 10 or 15 minutes to grind out a new personal best on games like Bullet Soul is what my gaming habits mainly consist of. In the case of this particular shoot ’em up however, a few minutes at a time just didn’t suffice. Hours later it became clear that Bullet Soul is worthy of being considered among the genres royalty thanks to its top-tier presentation and technical parity with some of the greatest shooters ever released.

It made its console debut on the Xbox 360 where it was met with critical acclaim, and although the PC version is virtually identical, it does includes the downloadable content that western Xbox owners couldn’t buy, so I guess you could call it the definitive version. Also, the aspect ratio can be panned to fit any display, which is always nice for people already set up for some 9:16 arcade action. Other than that, were still enjoying the same lush 3D ships and ridiculously huge bosses firing the same volleys of multicoloured death in our general direction. 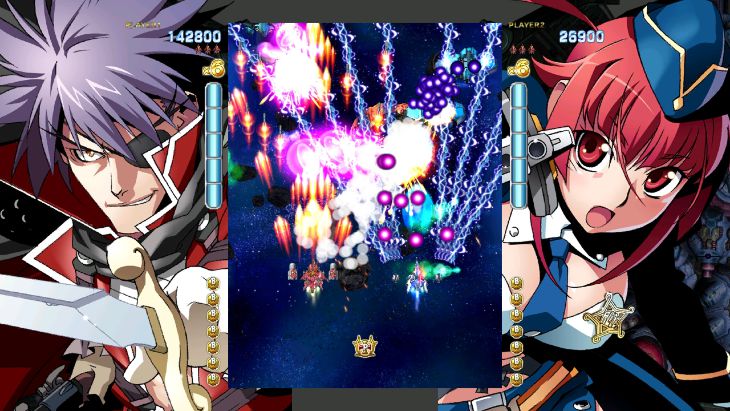 Every great shooter has its own gameplay quirk that sets it apart, and with Bullet Soul the clue is in the name; When you destroy an enemy, the bullets they fired in life turn a translucent grey that can then be collected to beef up your score. Collecting souls is an optional bonus, but just like the countless hidden enemies and secret targets, the art is essential if you aspire to make any kind of impact on the local or online leaderboards. It’s an arcade game after all, with a relatively short 5 stage campaign, so the idea is to replay it over and over to smash your previous records.

The soul collecting feature instils a risk/reward system that entices the player out of their comfort zone to collect that next precious cluster of souls. It also encourages a more aggressive style of play, which is a nice change of pace from other bullet hell centred shmups. There’s a ton of enemies that absorb so much damage that you’d be tempted to let them just pass. Give ’em hell though, and the reward could be massive. Risk it for a biscuit? Make no mistake though, sometimes the bullets are delivered quicker than you can kill the sender, and that’s when it’s all out bullet hell in earnest. You can’t kill the bosses as quick either, so dodging their attacks is utterly essential. You’ll get a minor reprieve when you destroy a particular part of a boss, turning his attacks to souls for just a second, but it won’t happen often enough for you to let your guard down. I wouldn’t recommend pausing the game either, as enemy projectiles disappear on the pause screen. This means if you come back to it after a pee break or something, you’ll have no idea what kind of onslaught you’re about to face. Maybe its just a glitch, but worth noting because I lost a few lives as a result. 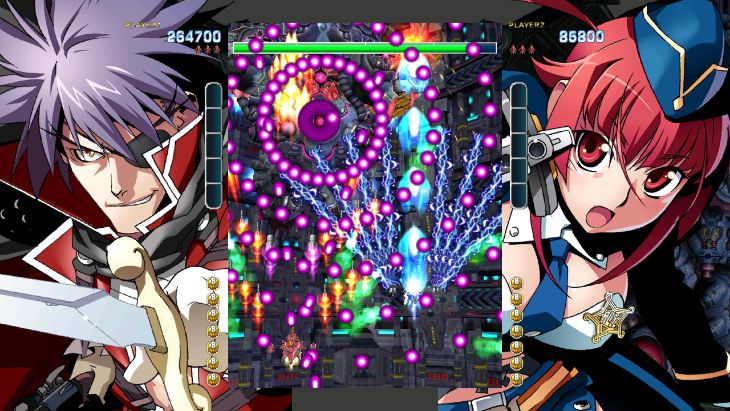 You get a choice of 3 different ships to tackle the 5 stages of the main game mode. Each have different stats that actually have a substantial impact on the way you play. There’s a statistically balanced ship while the other two are focused on speed and damage respectively. A fourth ship is playable on the B mode (where enemies and bosses attack in different patterns), but its ridiculously overpowered and takes the challenge away in favour of total score hogging. You’ll encounter certain enemies or sections in a stage where its helpful to make a mental note of how a different ship could take advantage of the situation. There might be an enemy for example, that’s not on screen long enough to be destroyed, so it might be best next time to choose the Yellow ship (which dishes out the most damage). This is just one example of how Bullet Soul warrants multiple playthroughs without getting old.

Bullet Soul is a complete and utter joy to play. Its easy to pick up, yet has a pretty high skill ceiling for the competitive natured gamer. It’s fast and fluid where it should be, with interesting boss battles that change from offensively chaotic to intricate and delicate on the fly. Pleasing to genre veterans and welcoming to newcomers alike, there’s a lot to love with a shmup as good as Bullet Soul.