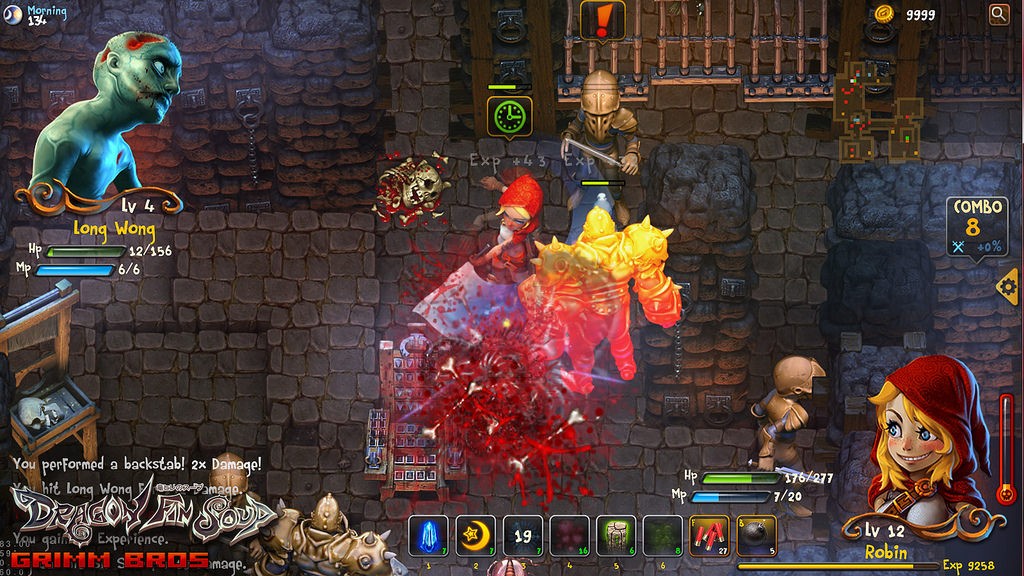 I hadn’t heard much about Dragon Fin Soup until one day I saw it on the Steam store page, I then saw it when it would available as part of the PlayStation Plus monthly free games. I wasn’t sure if this game would be good, seeing as it was indie and free on PlayStation Plus, but then I thought it could be another Rocket League situation. It’s safe to say I was wrong. This review if for the PC version of the game, however, there will be some mention of the PS4 version as well seeing as the PC version supports controllers.

Dragon Fin Soup is an indie RPG in which you explore and progress through dungeons. I was skeptical about this game as this genre has been done so many times before, and to such a high standard. One thing you notice right off the bat is that the game is very difficult, fans of a challenge will definitely be happy with this. There is also an extensive amount of items to collect and potions to use, sometimes to the point of becoming too much to bother with. The game is very in-depth in this sense, and it allows the player to choose their favorite weapons and craft their own survival style. 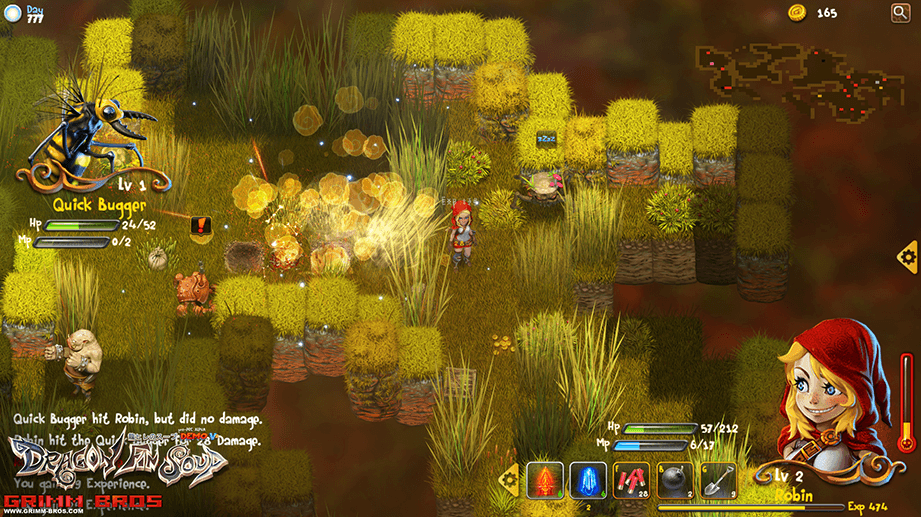 The combat style works at you would expect it to, every time you move your enemies do too. Personally I think this the right choice for a game like this without making it too easy. However, seeing as everything was moving one block at a time, the game seemed clunky in a sense. This is not as bad when using the keyboard to take the reins, but this problem becomes distracting when using the analogue stick on the PS4 controller. It could be argued that other games like Pokémon Mystery Dungeon have the same problem, but in other games the character moves slowly to create a steady stream of movement. Whereas in Dragon Fin Soup, the character moves rather fast, meaning you find yourself stopping after every block as either something’s in your way; or because the game is attempting to figure out what direction prompt you just entered.

Dragon Fin Soup creates randomly generated dungeons, which is exactly what’s needed in a game with this many maps to explore. This game does what it says on the tin, all of the dungeons are random. However, sometimes they are so random to the point of just seeming poorly coded. Along with this, the user interface is pretty shocking. It works well on the PC due to the addition of mous e controls, but on the PS4 the interface is almost unusable. This has the biggest effect when you want to try your hand at crafting, and it makes you not want to bother. 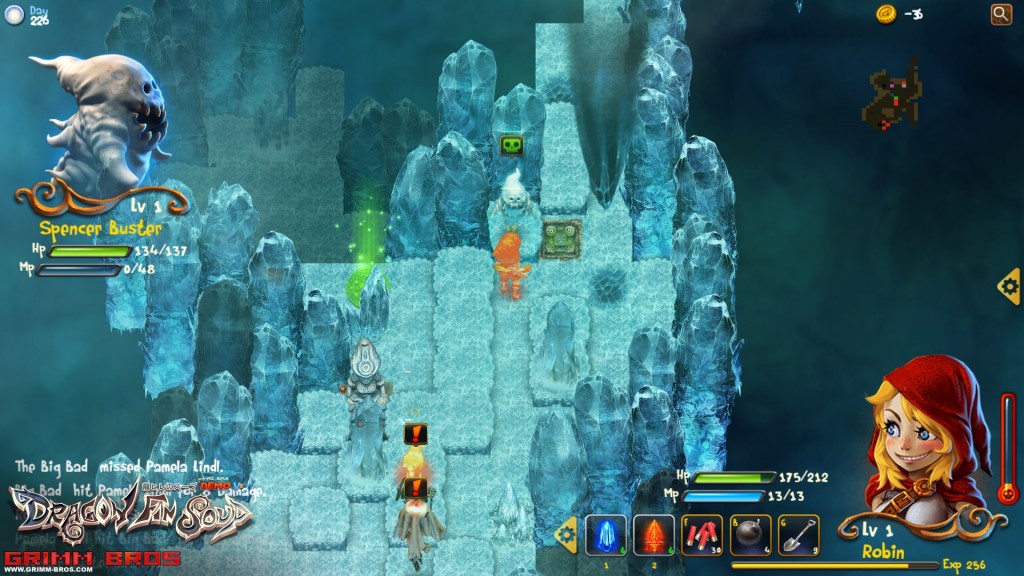 One thing that brings the game up is its aesthetics. All things aside the game looks impressive and does not fail to be eye catching. Although, what you see is limited as blocks dissipate as you get further away from each edge. However, you still get to appreciate the artwork put into the environments and characters. This set a nice cartoon like tone to the whole game, which is what I enjoyed about it.

Overall, Dragon Fin Soup isn’t very good. If time was left to polish and optimize the game for each platform then it would have been actually decent, although more than a polish will be needed to fix the interface. I truly believe that this game could have been good, but it just seemed like a bad attempt at a dungeon crawler. If you want a decent game of the same genre then I suggest picking up Pokémon Mystery Dungeon for cheap, or just wait if Grimm Bros. have another crack at a game like this.