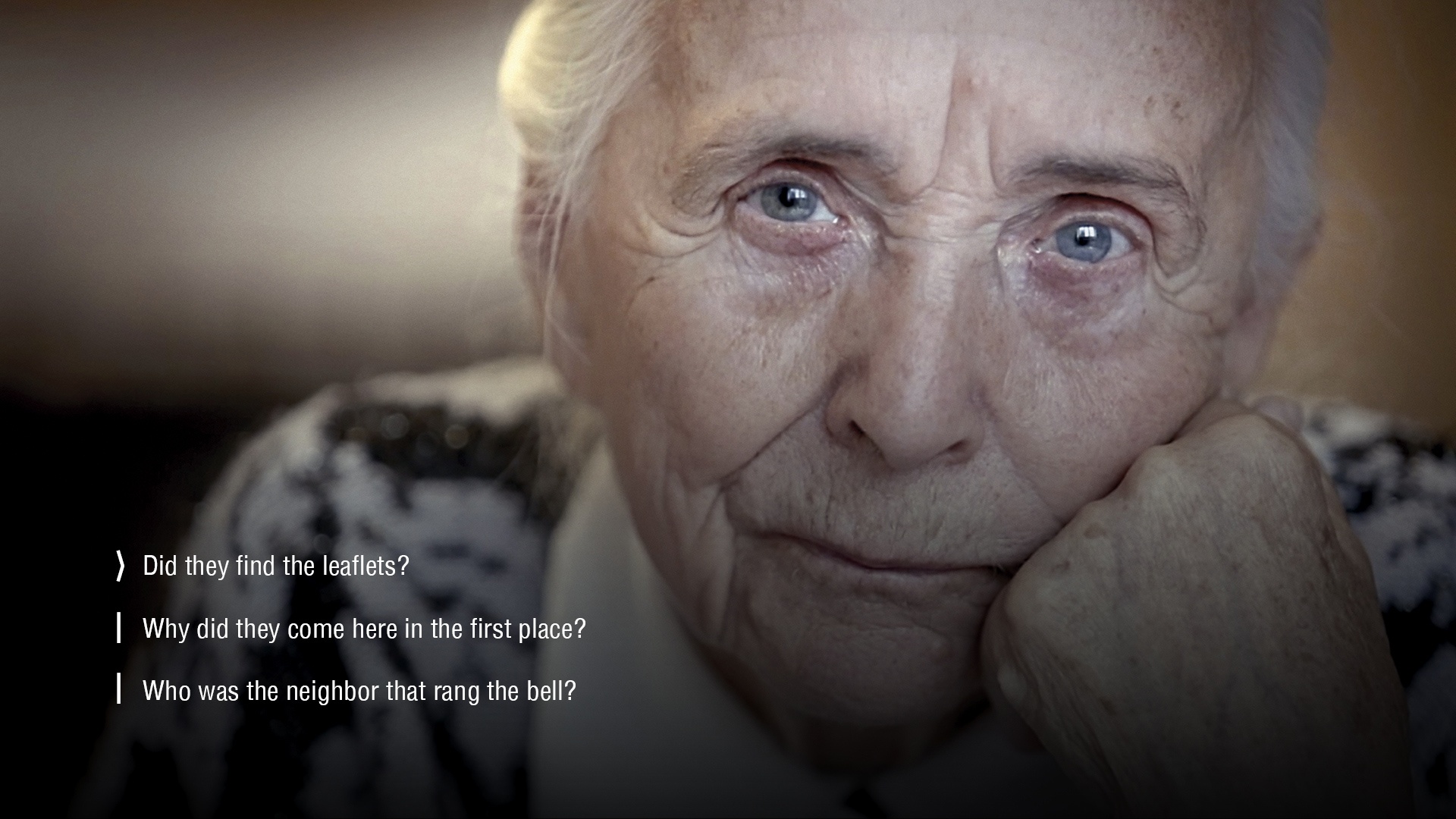 Prague, 2001 – as your grandfather lies ill in hospital, you call in on your grandmother to check if she needs anything. As you talk, she makes an amazing revelation about your grandfather’s past – he was arrested by the Gestapo in World War II and taken away to the concentration camps. That is the premise of Attentat 1942, a game developed by academics and historians at Charles University and the Czech Academy of Sciences.

That in itself is a sign that this is no ordinary game. It is in fact a historical narrative presented in game format. Keen to know more about this piece of family history, the action centres around you speaking to old family acquaintances, examining artefacts, and reading through personal diaries to uncover the truth.

All of the events retold through Attentat 1942 take place during the Nazi occupation of Prague during the Second World War with a specific focus on the assassination of Reinhard Heydrich, one of Hitler’s chief lieutenants, on 27th May 1942. This sparked a vicious wave of retaliation and the game gives an impressive account of how this affected the lives of individuals and the population in general.

Attentat 1942 essentially tells two stories – the fictionalised but believable story of your grandfather and the other survivors you meet, and an account of key events and life in Prague and central Europe at the time. This is all backed up by unlockable encyclopaedia entries, which give further details on the key figures, groups, and locations in the game. These have clearly been well-researched and carefully translated from the original Czech version of the game, Československo 38-89: Atentát, released in 2015. 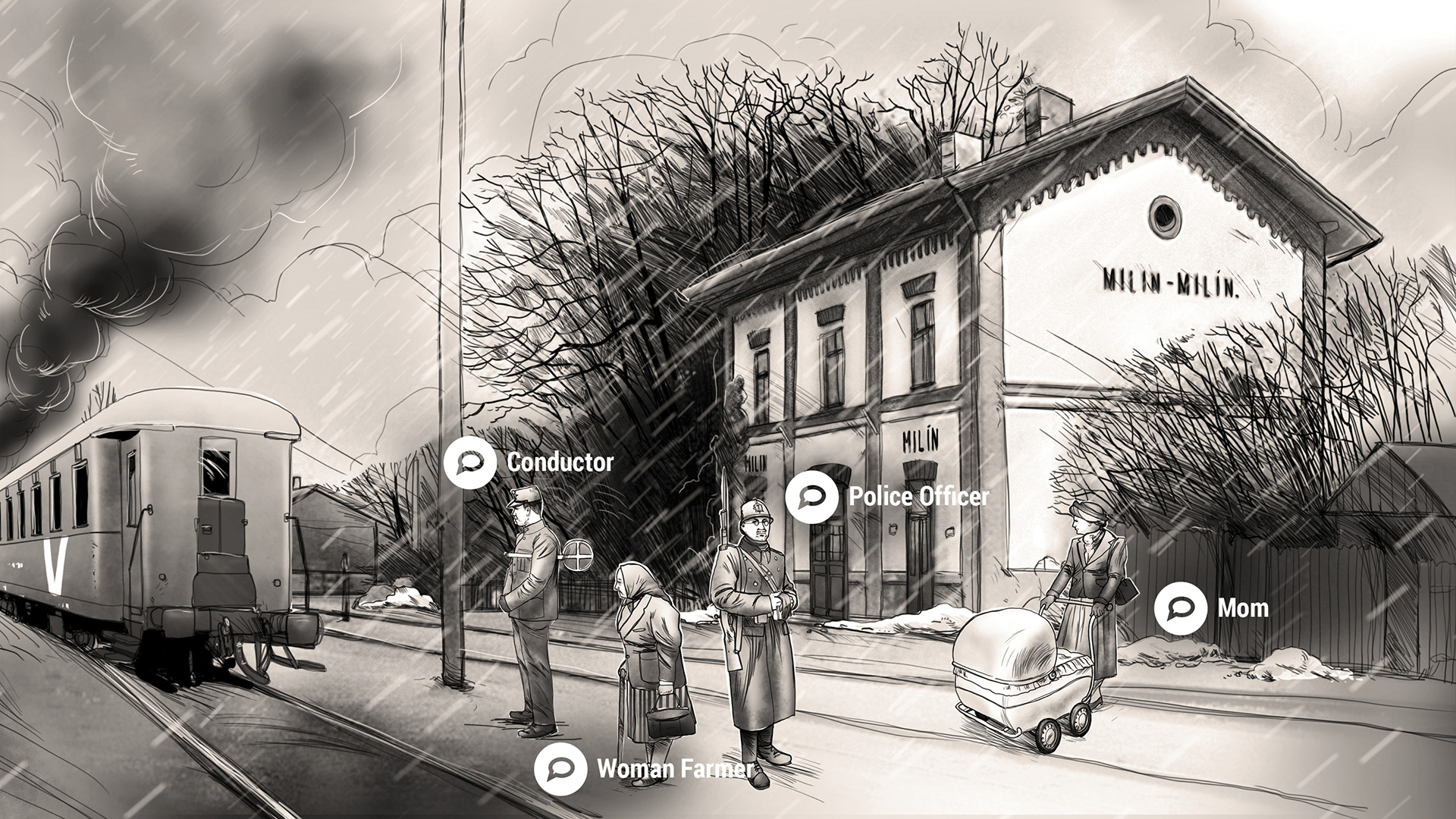 When investigating the mystery surrounding your grandfather’s arrest, there are three main modes of gameplay: video interviews, object analysis, and interactive comic strips. You see your grandmother, and other survivors who knew your grandfather, through video clips recorded with actors. You have a choice of questions to ask them to learn more and you must make careful choices to keep the conversation going. You can even be turned away at the door if you choose the wrong opening line.

Some characters are willing to immediately answer questions about your grandfather and others prefer you to ask them about their own experiences first. This adds to the realism of the game (though some of the actors don’t quite look old enough to have been young adults some sixty years previously). Their stories are compelling but at times the acting seems understated. They talk about the dark times and haunting memories but do not appear distressed by your questions bringing it all back (one man even agrees to show you his memorabilia right after saying that he locked everything away in a box never to be looked at again). It would certainly be interesting to hear what a Czech speaker thinks of the acting performances.

There is also historical footage of Prague during the war, which adds to the immersive effect of the game. The flashbacks of the survivors are also shown through interactive black and white comic strips. These offer you the chance to interact with objects and act out the moments being described. In one example, you choose a hiding place for resistance leaflets while the Gestapo are banging at the door. In another, you must choose the right dialogue to help a resistance member smuggle stolen papers past a group of guards. None of the games are especially challenging but they do offer a visual variety while also giving the player some control over the narrative.

Successful completion of these mini games earns you coins. These can be used to replay interviews with survivors if you were unable to get enough information from them or even get past the door. Most of the interviews are straightforward and you are only likely to replay them for completeness’ sake. There is one interview, however, that was much tougher than the others and it took several attempts to get the person in question to reveal any information about the grandfather. Luckily, I had enough coins to replay this scene four times, but I wonder what would have happened if I had no coins left. 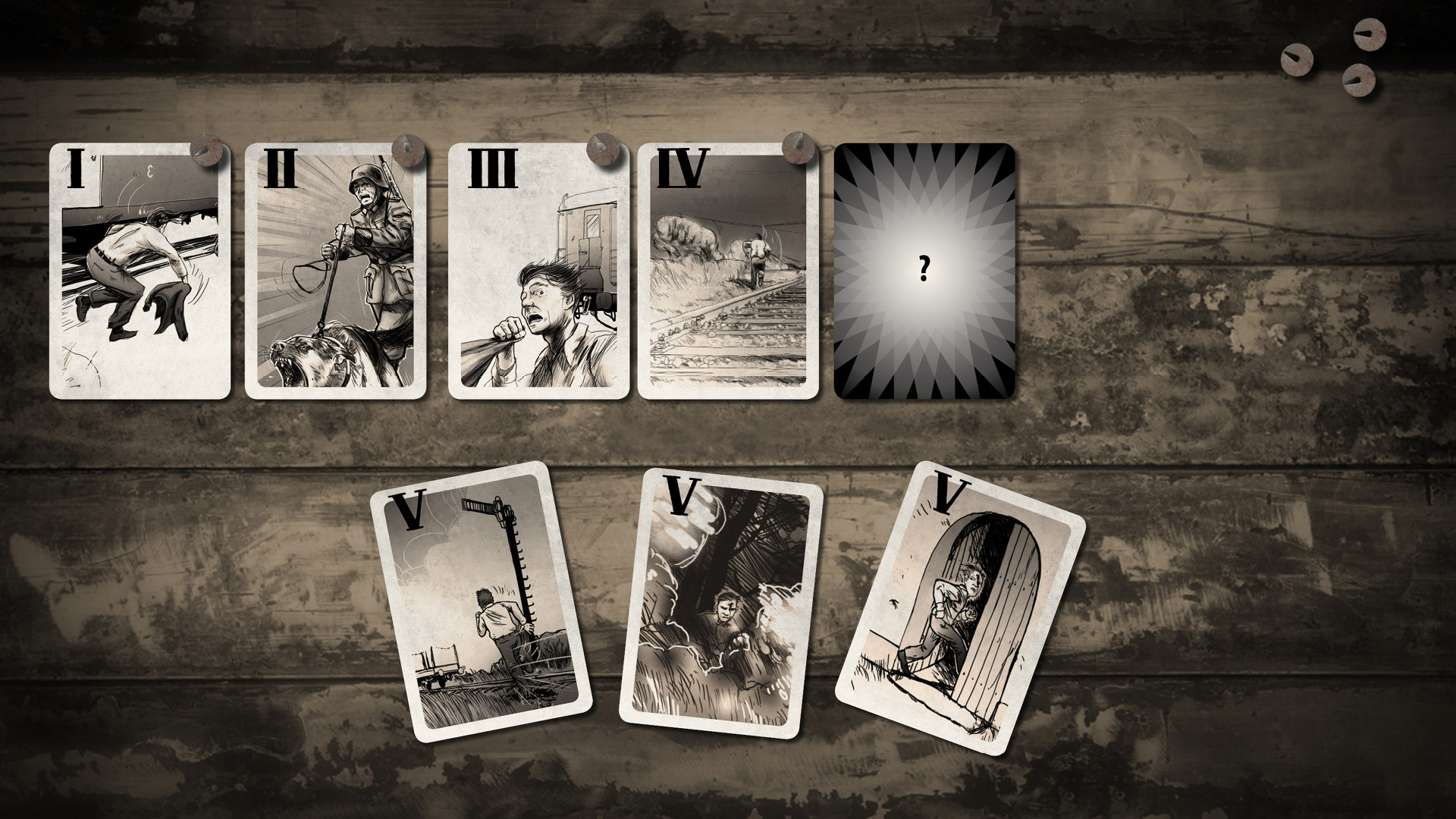 Certain objects in the game can also be examined for further details about your grandfather and the occupation. His diary is the first of these that we encounter. This is also a mini game as it is written in code. Deciphering it is not very hard and we then have a detailed account the year’s 1988-1942 to read. A large chunk of text may not appeal to all gamers but in the context of this historical narrative, it is worth your time. We later examine personal objects and judge whether or not they may have landed the owner in trouble with the authorities. This drives home the oppression of the time as something as innocuous as a boy scout’s flyer could be enough to get you arrested.

Attentat 1942 is essentially a historical drama presented in game format. The story, though short at about 3 hours, is engaging. I played this with my 11-year-old son who was engrossed in the narrative, saying he learned a lot about the Second World War as a result. The narrative also does a well-balanced job of presenting the difficulties everyone faced. We see people who were persecuted during the war because of their Jewish heritage, and also those who were shunned after the war for their perceived German sympathies or family ties. We meet people who were active in the resistance, and those who feel that the resistance did as much harm as good. There is certainly potential here for educating people through games in this format and I would be interested to see where future releases from the project go.

Attentat 1942 is definitely a game worth playing as long as you remember that the terms ‘game’ and ‘play’ are applied differently to what you might expect here. The family mystery at the heart of the game is well-written and the narrative that unfolds as you pick up on clues and follow through on them is engaging. The combination of video interviews, historical footage, and hand-drawn comic strips offer an appealing visual aesthetic and there is plenty to learn about one of the darkest periods in 20th century history. Attentat 1942 deserves your attention.