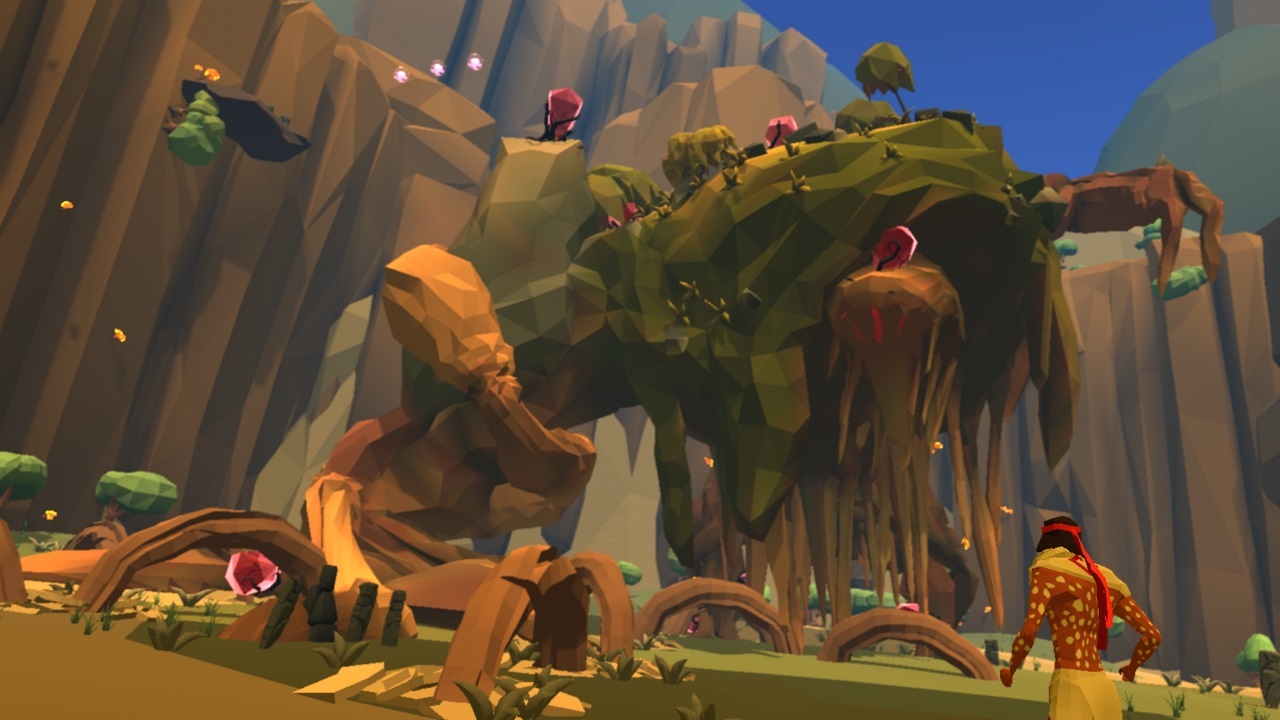 Recently, I have discussed how important the first impressions are for all video games. As if title fails to grab one’s attention and curiosity within the first hour, it tends to fail in the long-term. And that’s because most modern gamers simply don’t have the time to spend five or ten hours, only for a title to get going. However, when touching upon that subject, I have failed to mention that the first impression, positive or otherwise, can also be misleading and not representative of the remainder of the product. And very often, especially within the current generation, titles tend to open up with a bang, but then quickly dissolve with a whimper into dull nothingness.

When it comes to major publishers, Bethesda has seemingly mastered the craft of the first impressions, as all three of its most recent titles, Evil Within 2, Prey, and Wolfenstein: The New Colossus, have all had great and memorable openings. However, all those titles, have turned into slow and uninteresting bores, as soon as those came to an end. And all three aforementioned games, just like the recently released Mulaka, are all borderline unplayable, as they offer very little in term of gameplay, narrative, and most importantly entertainment – in the long run.

Mulaka, is a third person action game, created by Mexican video game developer Lienzo. And its premise, just like its opening, seems fairly interesting and captivating, as the title in question tells a tale of a norther Mexican, indigenous tribe called Tarahumara, which is also known as Raramuri. And the title in its entirety revolves around the people of the said tribe, and the legends and folklore which they’ve created over the years. In addition, the title also features heavy influences of the tribe’s religious believes, which are based on Animism and Peyotism. However, Animism seems to take the centre stage for the most part, as Mulaka features a tremendous number of spiritual themes related to humans, animals, and objects.

The story and its background, is truly unique, and feels like a breath of fresh air, in the world where the vast majority of modern titles, especially those of the indie form, boils down to modern-day teenagers, and paranormal activates. And the developer is clearly aware of that fact, as the vast majority of introductory cutscenes, concentrates solely on the tribe’s culture, and its believes. But once the story is handed the second fiddle, and only serves as the background for the gameplay – past the first location – the title turns into a slow, uninteresting, and sloppy slog. Which at times, is completely devoid of any form of fun and entertainment. 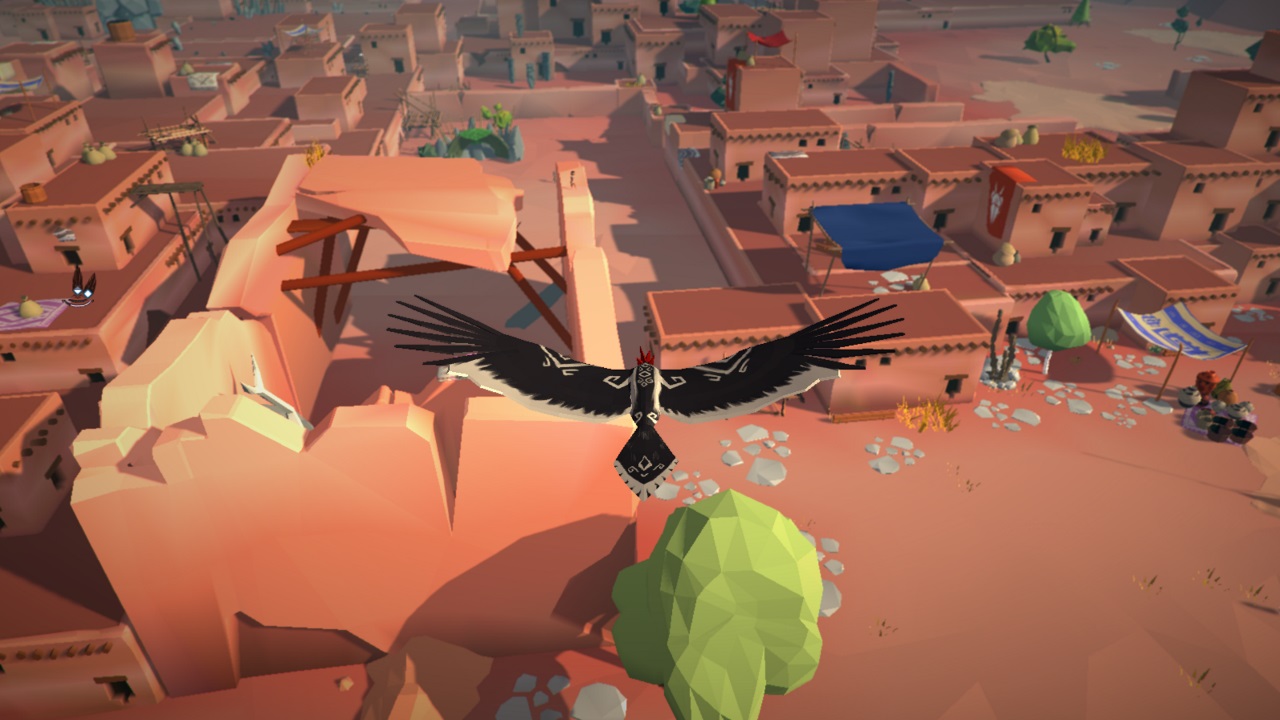 The core gameplay loop of Mulaka, boils down to recovering three sacred stones, which are then used to open a gate which serves as a passage into the next area – ad nauseam. And there is some variety when it comes to the recovery of the said stones, but the more you play, the more repetitive the game becomes. And there comes a point, where all you do is fight seemingly endless waves of simplistic, cliché filled enemies, over and over again. And if you’ve ever played a title such as Devil May Cry before, then without shadow of a doubt, you’ll be able to work out how to beat each and every enemy, before he even has a swing at you.

Mulaka’s combat, just like all its other systems, is incredibly simplistic. And in total, you can only carry out a handful of combos, one air-to-ground attack, and throw your spear – which is your only in-game weapon – at your enemies. And if you are curious enough, you’ll be able to master Mulaka’s combat within minutes of starting the game. And you could argue that simplistic combat can be boring and sleep inducing. However, within the digital confines of this particular title, this is not the case, as while in-combat, you are not only required to fight the enemies, but also the camera, which seemingly does what it wants, whenever it wants.

Every time you jump, sprint, dodge, or attack, the camera will move on its own, and with time, it will reach a position where you’ll be forced to move it, because otherwise, you won’t be able to play properly. And it is at its worst during combat, as while fighting large groups of enemies, the camera rotates like crazy, and could potential cause one to have an epileptic seizure. And it is not uncommon for it to lock at an angle, which makes the title borderline unplayable. And while the title’s camerawork could be described as a nuisance, the same cannot be said about Mulaka’s other technical flaws, which are equally as jarring, if not more so.

Mulaka, on the outside looks like a title which will run like a dream on all modern platforms, as its low poly art style, and rather minimalistic texture work, are a perfect fit for a 60fps indie. However, in reality this is unfortunately not the case. As the title in question, despite of its rather minimalistic visuals, loves to drop frames, and it loves to do it often. And there are simply no excuses for it to perform the way it does, especially on PlayStation 4, where there are much more visually impressive and taxing indies, which possess immaculate technical performance. 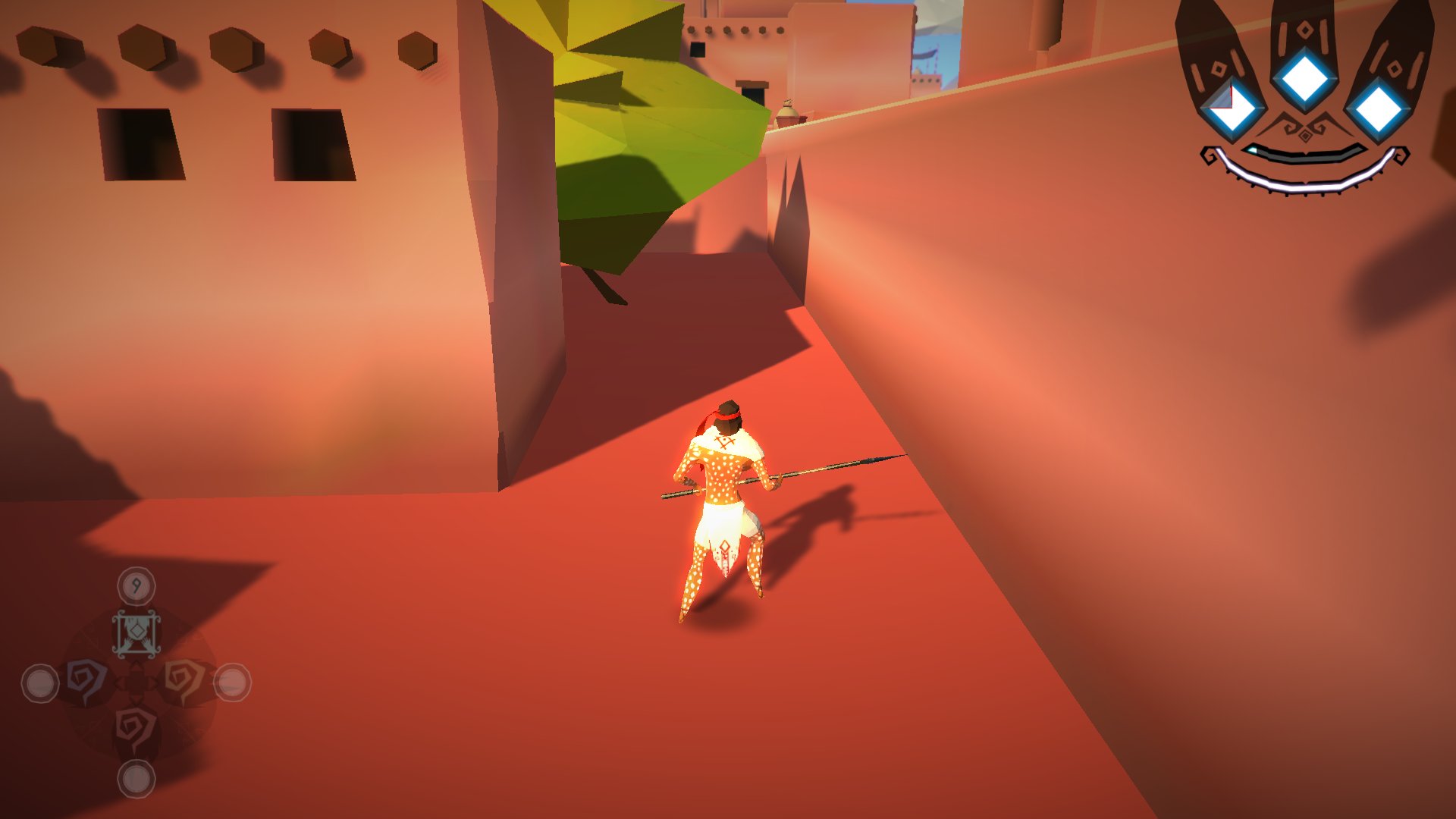 What caused Mulaka to have such inconsistent and simply poor framerate, is debatable. But what definitely is not up for a debate, is the fact that Mulaka, simply lacks any form of effort, and quality. As from visuals, all the way down to the core gameplay, the title at hand simply feels sloppy. In places, Mulaka is not charming or eccentric, but simply ugly, as certain in-game locations, such as the first urban area, are simply horrendous. And if you don’t believe me, you can see how truly disappointing, visually Mulaka is, on the screen above.

Inherent laziness and lack of effort, doesn’t end on the visuals, because as it was already mentioned above, it runs deeper, much deeper. And it is the most visible during combat sequences, and that’s because all of the in-game combat boils down to fighting progressively larger groups of enemies, which with time, only grow in size and not necessarily in difficulty. And the title can get incredibly confusing, especially when one has just finished fighting a painfully difficult wave of enemies, only to have to fight yet another wave of combatants, but this time composed of the title’s easiest antagonists.

To conclude, all that really has to be said about Mulaka, is that lacks any form of logic. And seemingly, inherent lack of effort, seems to be an answer for each and every question, which one could possibly pose at the title at hand. And it is a true shame, because if this game possessed some sort of solid, and coherent structure, both mechanical and technical, then it could truly be something special. As the title’s premise as well as its setting, could serve as a backdrop for one of the greatest indies ever made. But unfortunately, sometimes things sound to good to be true, and this saying should be printed on Mulaka’s box, if it ever receives a limited physical run.