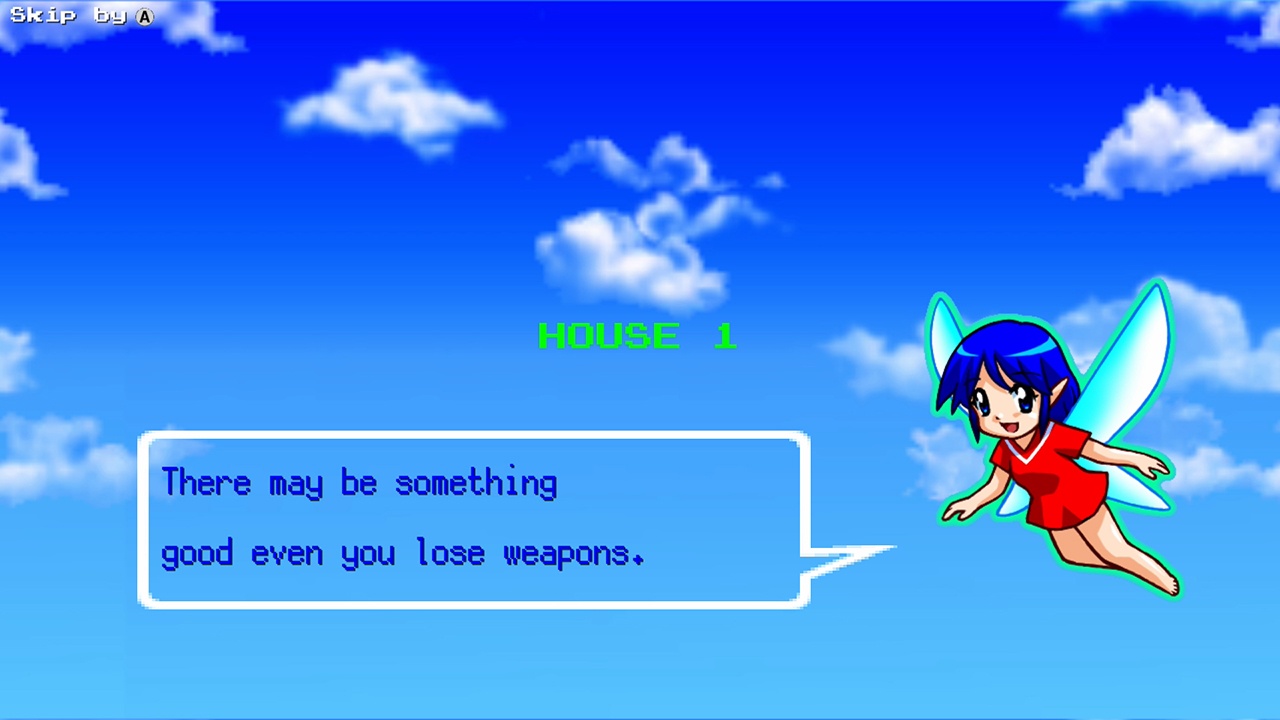 There’s a very small but very loud part of me that wishes people would stop trying to cash grab on nostalgia. In recent years, we’re seen various re-releases of games from previous generations, and the results have been fairly drastic in terms of variation. Sure, we’ve gotten a few really impressive releases from Johnny Turbo (culminating with Heavy Burgers, the ultimate arcade montage), but not every old game is a guaranteed gem. If I wasn’t a big Keen fan, things like Keen Dreams would be seriously terrible (and it wasn’t even that great anyways). I can’t say for certain that YMCAT was actively looking to resurrect their titles that were originally made for the MSX, but I’m certain that Registra was promising a lot in terms of sales and an active fanbase. Still, here we are, with a localized release of the 1984 title The Demon Crystal.

This is already going to be awkward for eShop searchers, given that we reviewed The Demon’s Crystals not too long ago. The names are almost exactly the same, but the game is entirely different: every aspect of it. This is the story of Ares, who is off to rescue princess Chris from the demon Sharud. I’ve long ago decided to stop paying attention to the names of characters in games unless they are blatant references and plot points, but the name Sharud is still one of the stranger demons that I’ve come across. Anyways, Ares needs to rescue Chris by accomplishing a series of houses (thirty in all) that ask you to find keys, unlock doors, dodge and bomb some enemies and then get the master-key to move onto the next house. Eventually, find Chris, save the day, etc. You’re a hero, Ares, now go rest up for…Jesus, the next two games in the series? Let’s localize one at a time. 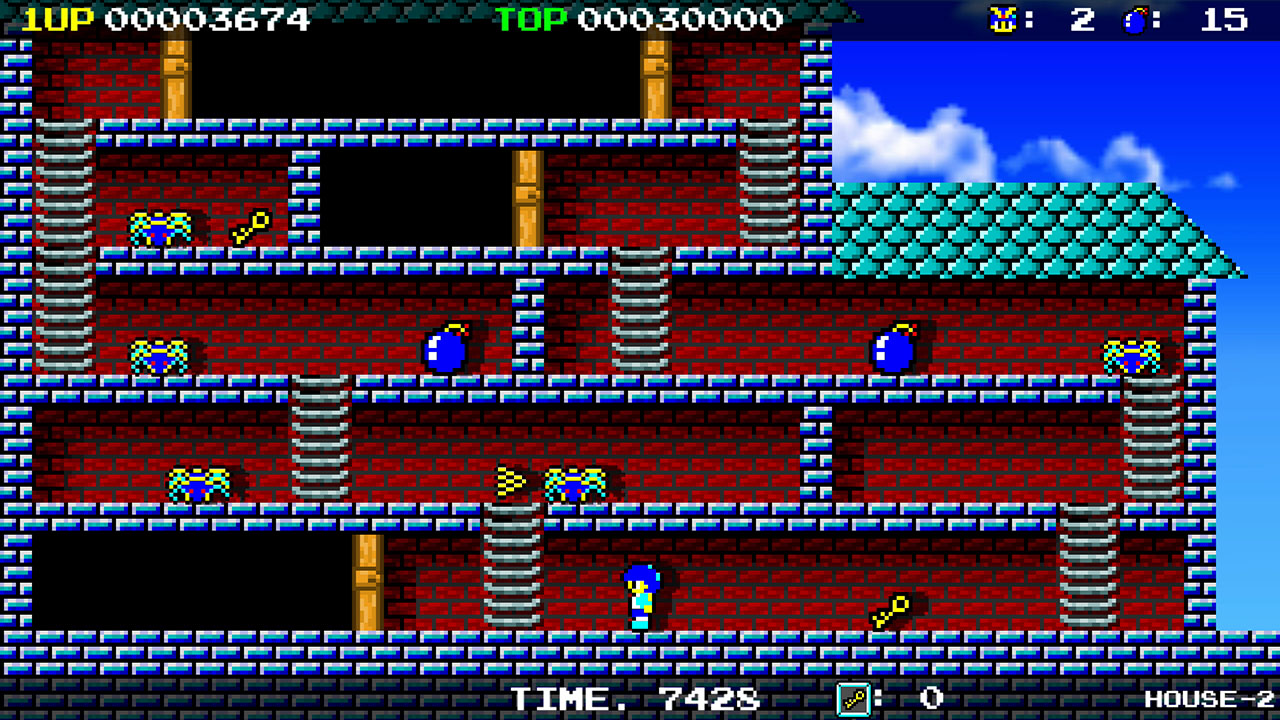 The game’s tag line calls it one of the first action RPGs, but I would argue that would mean Adventure’s of Lolo or Solomon’s Key are action RPGs as well. The Demon Crystal is, from my perspective, a puzzle game with some small elements to influence advancement in terms of difficulty. For example, early on, you’re able to get some armor, which then changes how you interact with your own bombs (as blowing yourself up is common in the first couple of stages). Then, a short time later, you can screw yourself over by picking up a fake jewel, losing the armor, and then returning to self-immolation. Newer players may feel inclined to unlock every door they find and, as such, pick up every key, but the game doesn’t want that. It wants you to find out which door is correct for getting the Big Key and getting the hell out, because you’re ideally supposed to play from the very first house all the way to the end. Thankfully, the Switch version allows for house-by-house continuation so that you’re not just beating your head against the wall (and so this reviewer can actually finish the game without wasting a whole weekend). Still, completionists will want to start at the beginning and rush towards the end, simply for the high score, which does reset if you lose all your lives. And watch that time bonus: getting to the door faster is the key for the biggest get per house.

Graphically, Registra has done a good job of capturing the identity of The Demon Crystal without relying purely on the hyper angular look of the old MSX system. Everything feels more like it was created in a mid-generation NES design, colorful and articulate but not smoothly pixelated or overly detailed. Ares is distinct from the other baddies on the screen, and the various ninjas and kappas look different enough that you aren’t going to get confused. The ghosts appear to move faster than Ares, but I think that’s just an optical illusion since they don’t have feet: actual testing proved they ran at the exact same speed as me. There’s a lot to see in terms of house creation and the different rooms/floors, but nothing really screams “brand new location!” and instead is just “this is what the creators had to work with in terms of colors and ideas.” It’s not a bad thing: in this case, the repetition of visual ideas allows for that truly retro time capsule to bleed through and make sure everyone is on board.

What was NOT great, however, was the same musical track playing over and over again. It’s an updated version of the MSX theme for The Demon Crystal, true, but it genuinely started to hurt my head after a while. Sure, it does a solid job of indicating when you are running out of time (with enough leeway to get to the exit, as well), but the high-toned, ever looping chiptune started to really annoy me after about house six. You aren’t going to miss a lot if you decide to bring in your own soundtrack (except for the surprisingly dramatic scream when Ares ends up dead, so I’d recommend having a side set of headphones to prevent a nostalgia induced migraine. 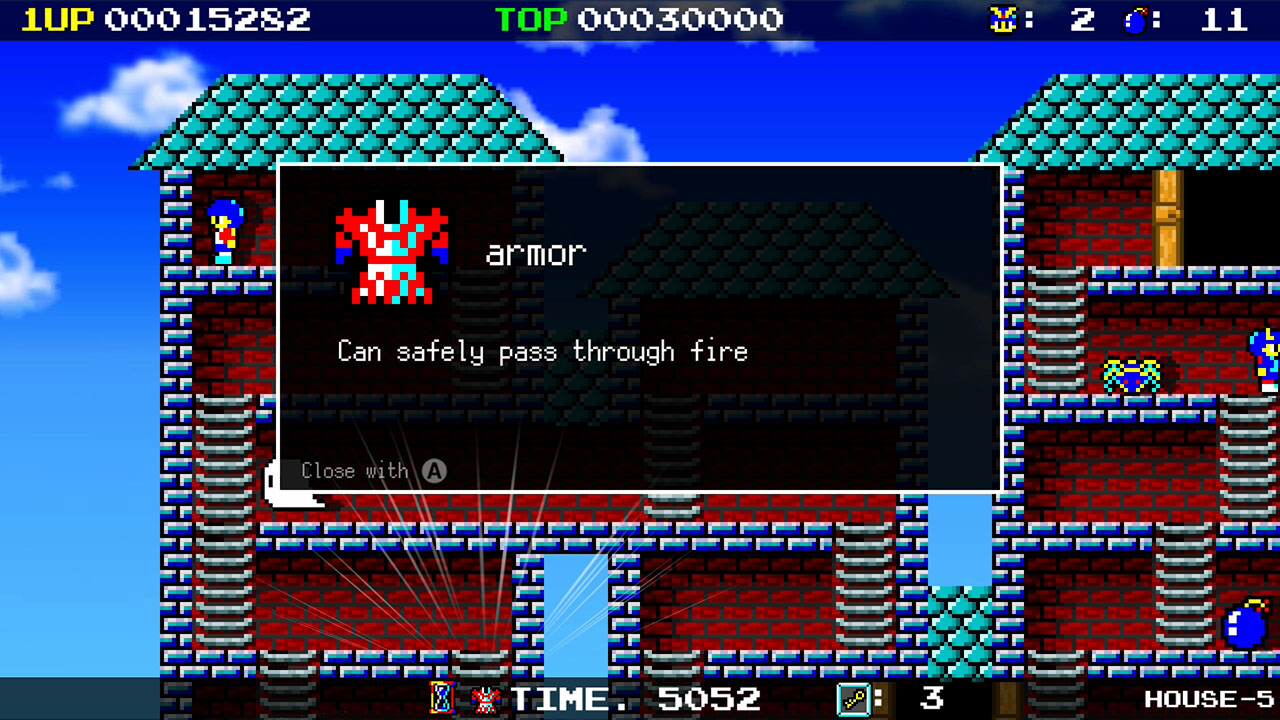 Still, the appeal of The Demon Crystal is easy to see and hard to resist. The game is legitimately hard, owing to that classic system of “anything touches you and you die,” and being able to navigate the levels without losing all your lives takes skill, patience and precision. Once you get the hang of things, you understand the concept of hurry up and wait, wherein you need that perfect moment of ninjas, spiders and ghosts getting the hell out of your way so you can move onward. Moreover, once you beat the game, going back and trying again actually is more fun, and then the small RPG elements peek around the corner. Remember that fake jewel that takes away your armor? You don’t HAVE to pick that up, but you can avoid it entirely and remain fire resistant for the rest of your days! Then things get infinitely easier once you can start bombing ghosts as well (how I detest the ghosts) and, well, without analyzing every single level, the culmination makes sense.

I’m not convinced I would have picked up the game without a bit of first hand experience. The Demon Crystal certainly has a fanbase in Japan (given the fact that Demon Crystal II: Knither released a couple weeks back), and I’m sure they can find plenty of fans in the West as well. However, I think a demo to allow players to see what kind of animal they’re wrestling with would be best. To see how the puzzles, action and small RPG effects blend together into a fairly interesting and intense package is ideal, and I would argue a 3-5 house demo would do the trick. If you’re a big retro fan, love The Demon Crystal, or generally want to see what the fuss is about, I’d recommend picking it up. If you’re more into the newer stylings of things, however, steer very clear: this is as old school as it gets without being Pong.

While the soundtrack is a bit too repetitive and the difficulty curve high, The Demon Crystal offers a satisfying and addicting level of retro goodness.