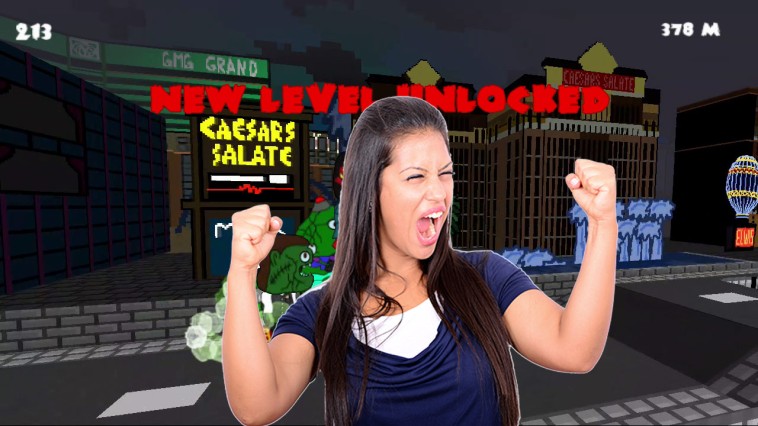 Opening up the Nintendo eShop in order to download a new Wii U game is typically a time filled with excitement. Anticipation fills the player as they anxiously await to play their new game, to learn the ins and outs of whatever title it is. For me, there’s an extra layer of added mystery as I often know very little about the games I review before I start playing them. Yes, downloading these games is certainly an exciting time. This being the case, it really is a shame when the anticipation is cut off by sheer disappointment upon playing the game itself. Unfortunately, this was the plight I was faced with upon opening up Zombie Brigade: No Brain No Gain.

This game had me frustrated from the very beginning, as it does not tell you how to actually start playing the game. After pressing every button on my GamePad, I ended up having to look up how to start playing, which required clicking on zombies which appeared on the screen using the Wii U stylus. Sure, I probably would have figured that out eventually, but I am never a fan of any game that feels like it does not want me to play it. If it really wanted me to, it would probably make the process of starting the game a bit more obvious. Perhaps I should have heeded the game’s own unspoken advice and turned my system off then. But alas, I did not. 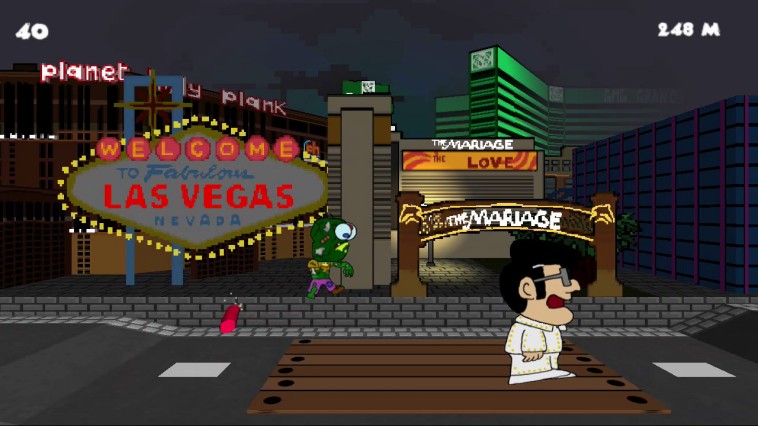 The graphics of this game which soon met me were truly horrendous. The main zombie characters are hideous enough as is, but this on its own may not be that bad (after all, you can only expect a zombie to be so aesthetically pleasing). However, the most bothersome visual aspect of this game is its complete lack of artistic unity. Between the weird flash game-esque zombies, the 8-bit style backgrounds, and the stock image female announcer who appears on screen at random times, practically nothing in this game looks like it should go together. The art style used for backgrounds are frankly rather appealing. However, this game’s failure to maintain that style creates a smorgasbord of bad visuals which is instantly off-putting.

Even with these bad graphics, the player has not experienced the worst part of this game until turning on the audio. The sounds in this game are annoying and honestly rage-inducing. That stock image announcer I mentioned earlier will appear on the screen to yell at the player for doing things which have no effect on the actual gameplay. She also shows off that lack of artistic unity, as many of her voice clips are not even done by the same voice actress. Similarly, other in-game noises are down right painful to listen to. Upon infecting stray humans, they tend to let out a horrifying scream, some of which are so high pitched and screechy that hearing them through headphones made me question my own will to live.  The background music also has a tendency to progressively get louder, which would be cool if it did so leading up to important moments in the gameplay. But no, it just cycles through periods of music that increases in volume, which will continue to plague the ears of anyone foolish enough to play the game at full volume. Seriously, even if you still think this game is worth buying for some reason, do not play with the sound on. Just don’t.

Surely decent gameplay is the one factor which could redeem this otherwise terrible game, right? The answer to that is, well, not really. The gameplay is incredibly basic, revolving around jumping over holes in the ground and not getting caught behind objects as to be dragged off-screen. Your typical runner style game. There are also a few power-ups in there, which either do basically nothing, make it to where you just do not have to do anything, or actually make the game more difficult somehow. And despite advertising itself as “absolutely the most difficult runner style game on the Wii U”, the first few levels are actually mind-numbingly easy. Upon reaching the first boss, I did find that the difficulty increased quite a bit. However, by this point, every other aspect of the game had exhausted me to the point where I did not think any further exploration would be worth it. 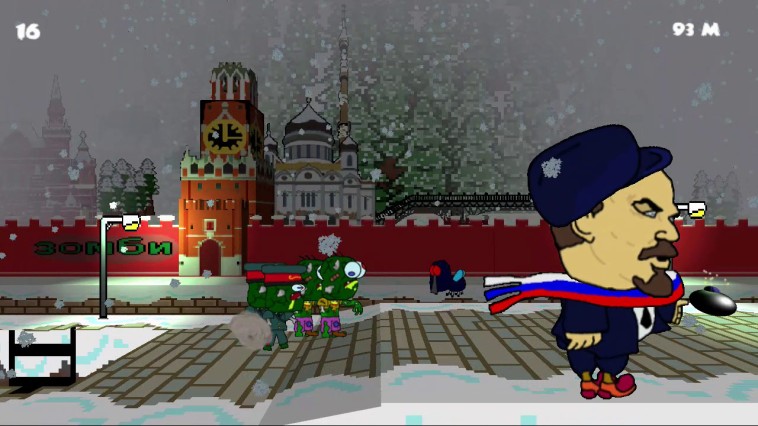 Among all the bad things about this game, the one decent thing I can say is this: they at least tried. This game describes itself as a “parody runner”, meaning it is meant to be taken as more of a meme than a serious video game. With the audio aspects, they were actually shooting for annoying in many cases. While I can respect their vision of creating some humorous meme of a game, they ultimately were not successful in doing so. This game simply is not funny. It is annoying, it is tedious, it is boring. But it is not funny.

Zombie Brigade: No Brain No Gain has been called by many one of the worst Wii U games ever. And while I have not played every Wii U game ever, and can therefore not say that phrase with absolute certainty, there is no denying the fact that it is not a good game. I cannot say I am sure of how deep the gameplay goes or how many levels or other features there are. However, I frankly do not think this is relevant. Few people would be willing to make it past the first ten minutes, let alone the first hour of this game. Anything past that is practically a loss to any gamer. So if you think you can stomach the first portion of the game to get to the actual challenging stuff, then be my guest. But when your eyes and ears are bleeding from disgust, remember that you have been warned.