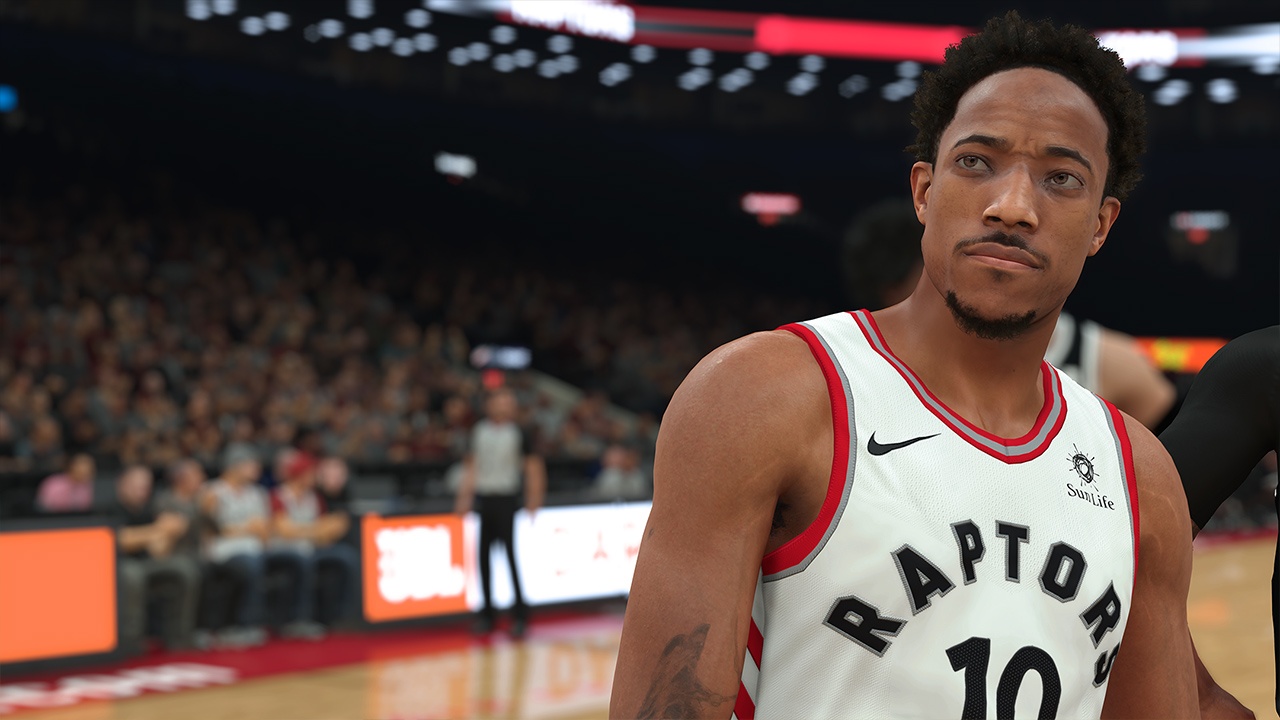 NBA to me, just like to majority of people living in Europe, seems like a foreign concept. And if not for athletes such as Michael Jordan, and Shaq, many would probably have never paid attention to the sport. However, unlike the sport itself, NBA videogames, and in particular the NBA 2K series, each and every year, attracts droves of people who enjoy playing the games, but may not be following the sport itself. And just like the group in question, I have exactly the same approach to the sport. And that’s mainly because the NBA 2K series is a competent, thrilling, and satisfying simulation of the sport. And the most recent installment of the series, NBA 2K18, only further improves on the successes of its predecessors.

NBA 2K18, when it comes to gameplay, is incredibly slick and precise. The controls are responsive, and the player’s actions translate into on screen events, one-to-one. And regardless of which control scheme one is using, he/she will surely come to grips with the title sooner rather than later, as NBA 2K18 features a superb tutorial which teaches one how to play the game, on each and every difficulty setting. And while some, who consider themselves veterans of the genre, may find a tutorial to be condescending, they will all surely appreciate the refresh which it provides.

Just like all sports games, NBA 2K18 features a plethora of single player, and multiplayer modes. And while a verity of modes is vital for any title, it is not a centre point for NBA 2K18, as just like in the real sport, the players take centre stage – or rather the centre court. And that is not because of their superb visuals or animations, but because of the fact that they all control differently. When it comes to dribbling, positioning, and most importantly shooting, different players will behave dissimilar depending on their statistics. And player’s main attribute is always position right next to his name, to allow the gamer to develop different approaches to the match, even if he/she is not familiar with the NBA and its players. 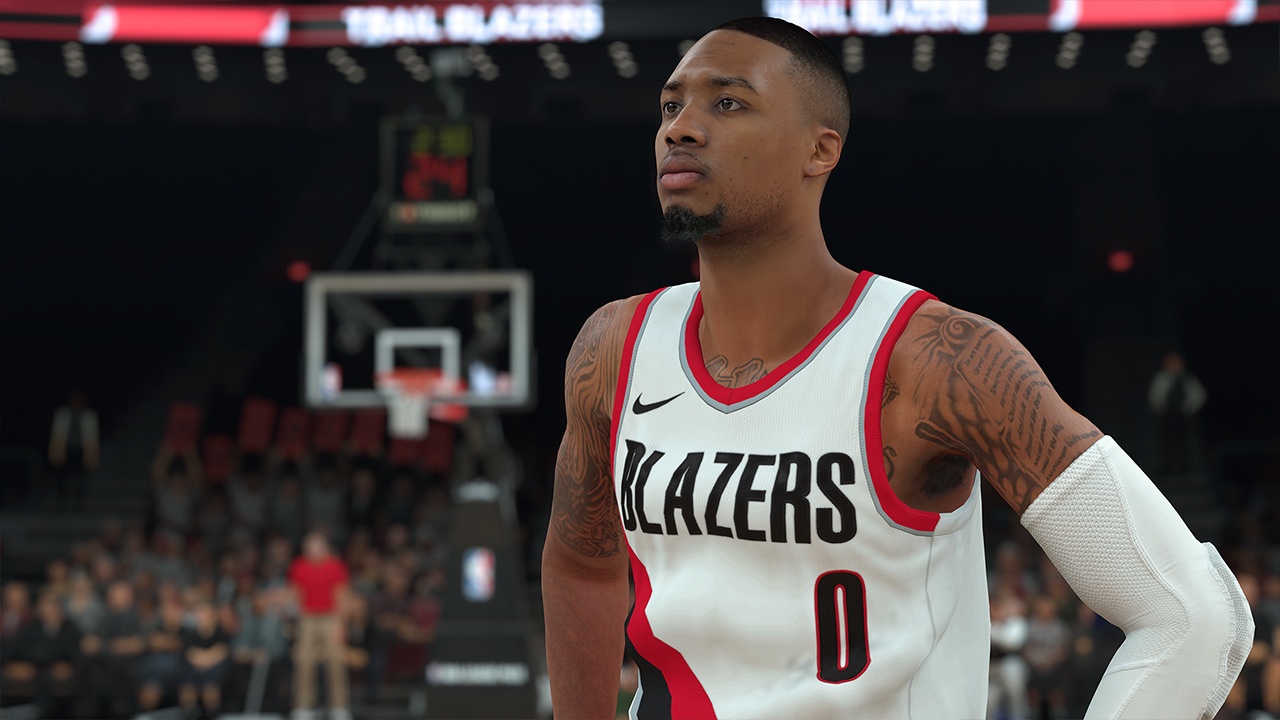 Unlike other sport and motorsport games, such as Asetto Corsa, NBA 2K18 is an open playing field for just about everybody. And just like FIFA, it is a perfect party game. All you need to know is how to dribble, pass and shoot, and thanks to the adjustable controls, anybody can hit the court. And while assists and other comfort features are prominent throughout, they can all be turned off, meaning that the experts, veterans, and hardcore gamers alike, will not be held back by the features for the quote-on-quote noobs.

The main difference between NBA 2K18 and titles such as FIFA, is the fact that the player’s reaction always have to be instant. In FIFA, the AI will always assist one, no matter how many crutches he/she is using, simply because the sheer number of players on the field, will always compensate for any mistakes, big or small. However, NBA 2K18 greatest feature, at least in my opinion, is the fact that one always has to react to thing’s such as opposition’s positioning, both defense lines, open spaces, and as mentioned before, player related skills and abilities.

The reactionary gameplay of NBA 2K18, adds another layer to the already superb sport sim. It is like the proverbial cherry on top of the cake, it doesn’t have to really be there, because the cake is already good as it is, but its sheer existence brings it to a whole different level, which will be appreciated by all adopters of the title, of any skill. However, this particular cake has a one major flaw, and it’s the fact that some parts of it are hollow, and you’ll need to pay up in order to get them.

Microtransactions, are the hot topic of this generation, as each and every new title is seemingly reigniting the discussion. But where titles such as Overwatch, and Destiny 2 have managed to keep their microtransactions to the bare minimum, but unfortunately the same cannot be said about NBA 2K18, as it is simply overflowing with an abundance of things, which can and in some instances must be purchased with real-life currency. 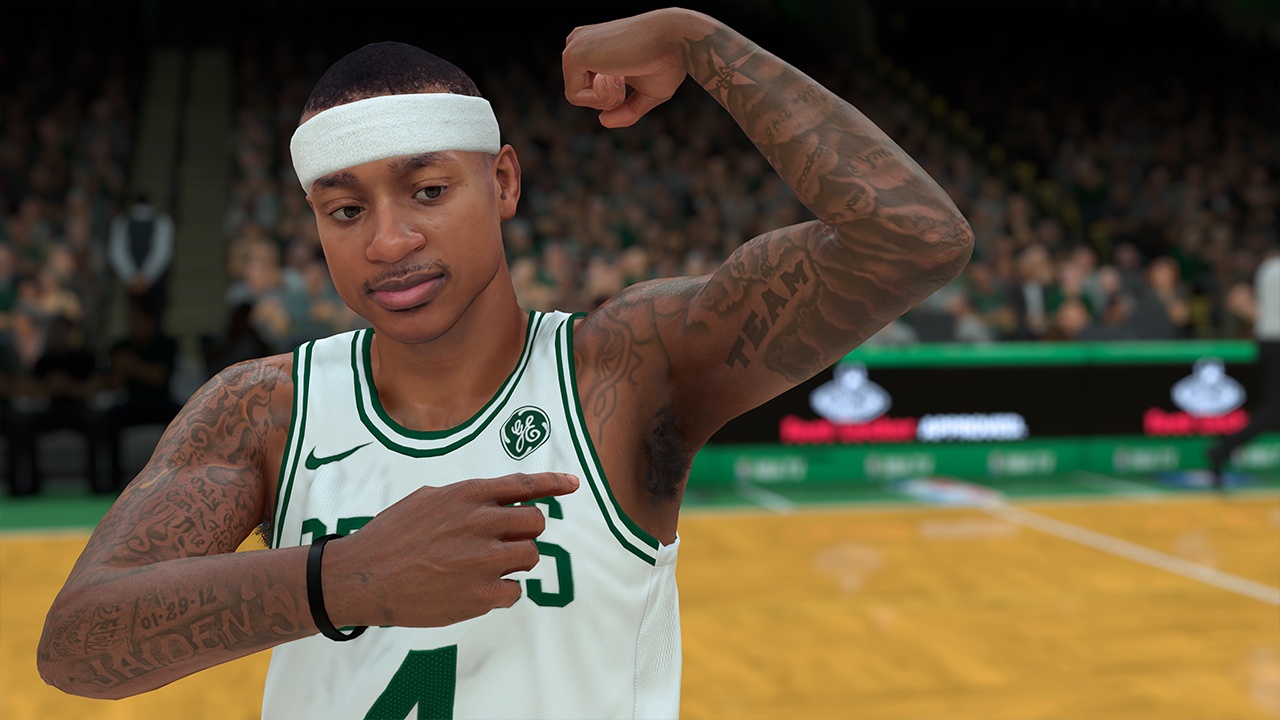 NBA 2K18, is a modern title built on an archaic infrastructure. As it is one of very few titles which allows for in-game enhancements, with real life currency. As the career mode’s currency, can be used to purchase player’s skills and abilities. And all who purchase the optimal version of the title, get a tremendous head start, as their in-game avatar, will begin his career on a skill level alike to the NBA’s All Stars. And that’s not just unfair, to those who cannot afford it, but also unfair to the game itself, as by buying the greatness, one ultimately decimates the enjoyment he/she would otherwise achieve from playing the title legitimately.

The abundance of in-game microtransactions is surely disappointing, however, it is not malevolent enough to ruin the title completely. And that’s mainly because NBA 2K18 features additional single player modes such as the highly anticipated GM mode, which has been vastly overhauled this year-round. But while the addition to choose-your-own adventure like choices, accompanied by multiple cutscenes, is welcome, it is ultimately not significant enough to elevate the mode to next level. But those who seek to indulge themselves in the mode in question, will probably overlook the cringe inducing dialogue, and meaningless choices, as ultimately the GM mode is all about managing an NBA franchise, and not watching an adaptation of an Argentine soap opera.

In no way shape or form, is NBA 2K18 a perfect game, as its overreliance on microtransactions, and rather lacklustre new additions, do very little to improve the title. However, just like in the other games of the genre, gameplay is all that matters, and fortunately, NBA 2K18 is as good as it gets when it comes to simulating the NBA, and the sport of basketball itself. It is a responsive, and rewarding experience, which will make all feel right at home. It rewards improvement, and pushes one to always explore new approaches and extend his/her boundaries. It disallows the development of nonchalance, and complacency, and regardless of whether one has played ten or thousand matches, he/she will always push for more. And the endless strive for greatness is ultimately what makes NBA 2K18 great.