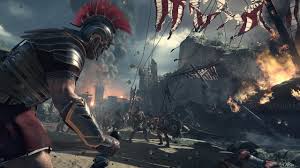 A few months back, I wrote an article on how I didn’t need the next generation of consoles, how I was happy with my 360/PS3 and had my hands full with an extensive back catalogue of games going back a few years. Why would I possibly want a new console when developers are still getting so much out of the current hardware?

Yeah, I’ve changed my mind. I don’t know what has happened in the past few weeks, but, despite some fantastic recent releases, I have become strangely jaded. I need something new and exciting. Yes, not all games have to look exceptional, but the fact of the matter is, I still need that occasional wow factor, that something, on a purely technical level that will blow my socks off. That’s not going to happen on current-gen platforms. Developers have long since sucked them dry.

The PS3, with its array of triple-A swansongs, despite delivering some truly gorgeous games, has served to prove this. As great as The Last of Us or Gran Turismo 6 might look, the fact of the matter is, when I play these games, as great as they look (and they do look great), I’m starting to see the consoles limitations in them, and again, despite offering up some of (if not the) finest visuals seen this gen, are no longer the step-up in visual quality that we were still getting a few years back. 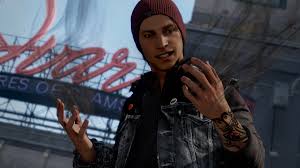 Of course, I’m not having a dig at developers; the consoles have simply reached their limits. That’s the way things go. Honestly, I didn’t think visuals were all that important to me, but heck, it seems that I was wrong. After 8 years of the current-gen standard, I am finally starting to become restless; I’m in need of change and, if nothing else, something I have never seen before.

Be it the standard visual jump or the increased creative possibilities that come with new hardware and new technology, I need to see something completely new. In fairness, the launch line-ups look like they will deliver little more than a visual upgrade to what has come before, but at this point, that will do just fine…….the innovation will come in time. For now though, I need a new console. I need new experiences. I need the next-gen.