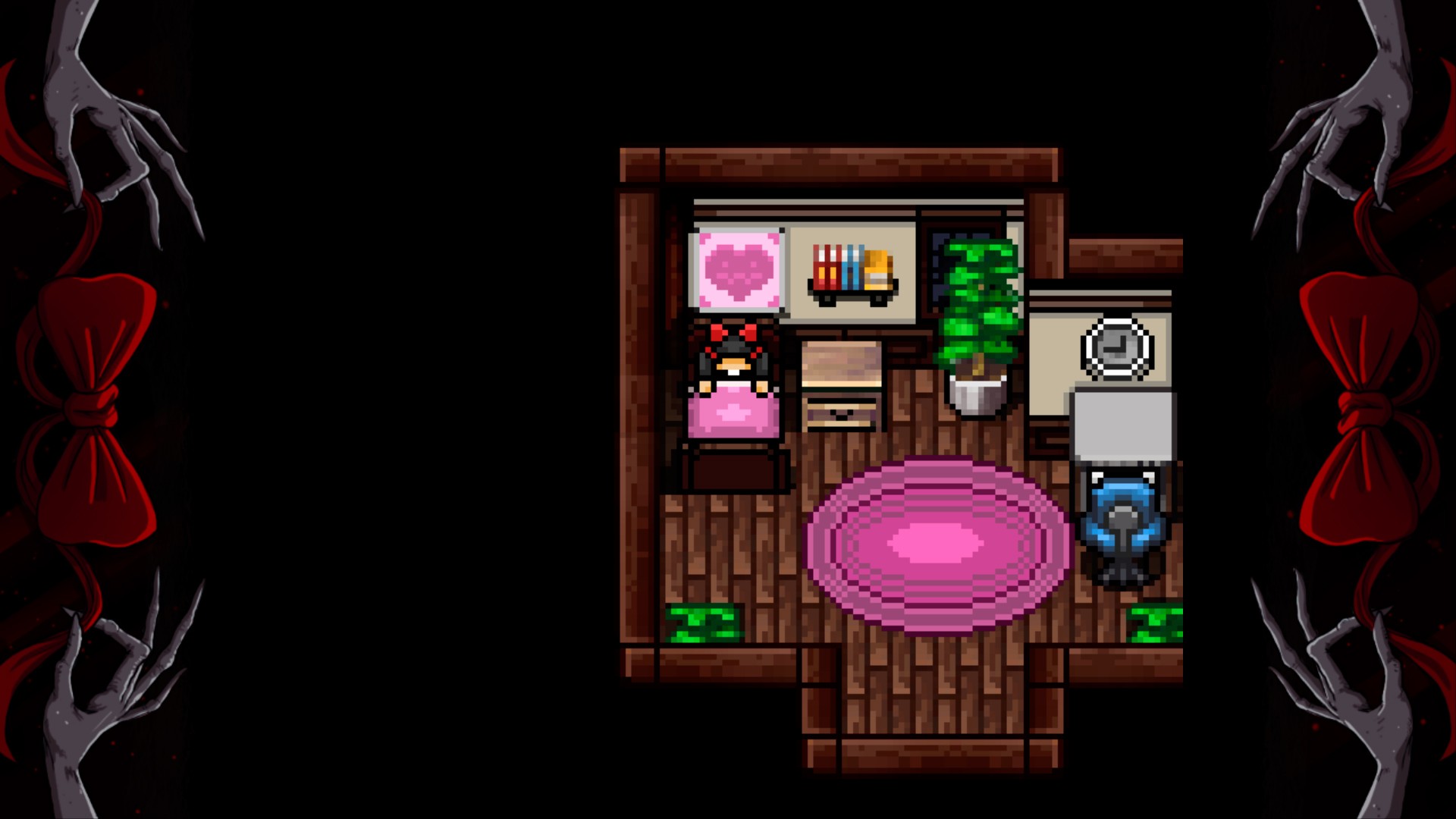 There’s been a bit of an increase in creepy horror 8/16 bit pixel titles in recent months. I reviewed one called My Big Sister recently, a cute looking title that dealt with some very serious themes. This week, Red Bow brings similar themes, a game that depicts scenes of death/suicide and whilst it’s nostalgic graphics may come across as charming, it certainly isn’t something designed for a younger audience or anyone sensitive to the dark topics at hand.

Red Bow is played from a top down perspective, a sort of nostalgic throwback to early adventure games. You play a young girl called Roh who somehow gets trapped in a weird nightmare filled with creepy characters and strange monsters. She doesn’t know why she is there, so she must search for answers for questions she doesn’t know. Essentially, Red Bow is a classic adventure game where you find items that allow you to access the next area in a game or move the story along. You interact with various dark characters and in many cases have to find items which they need. 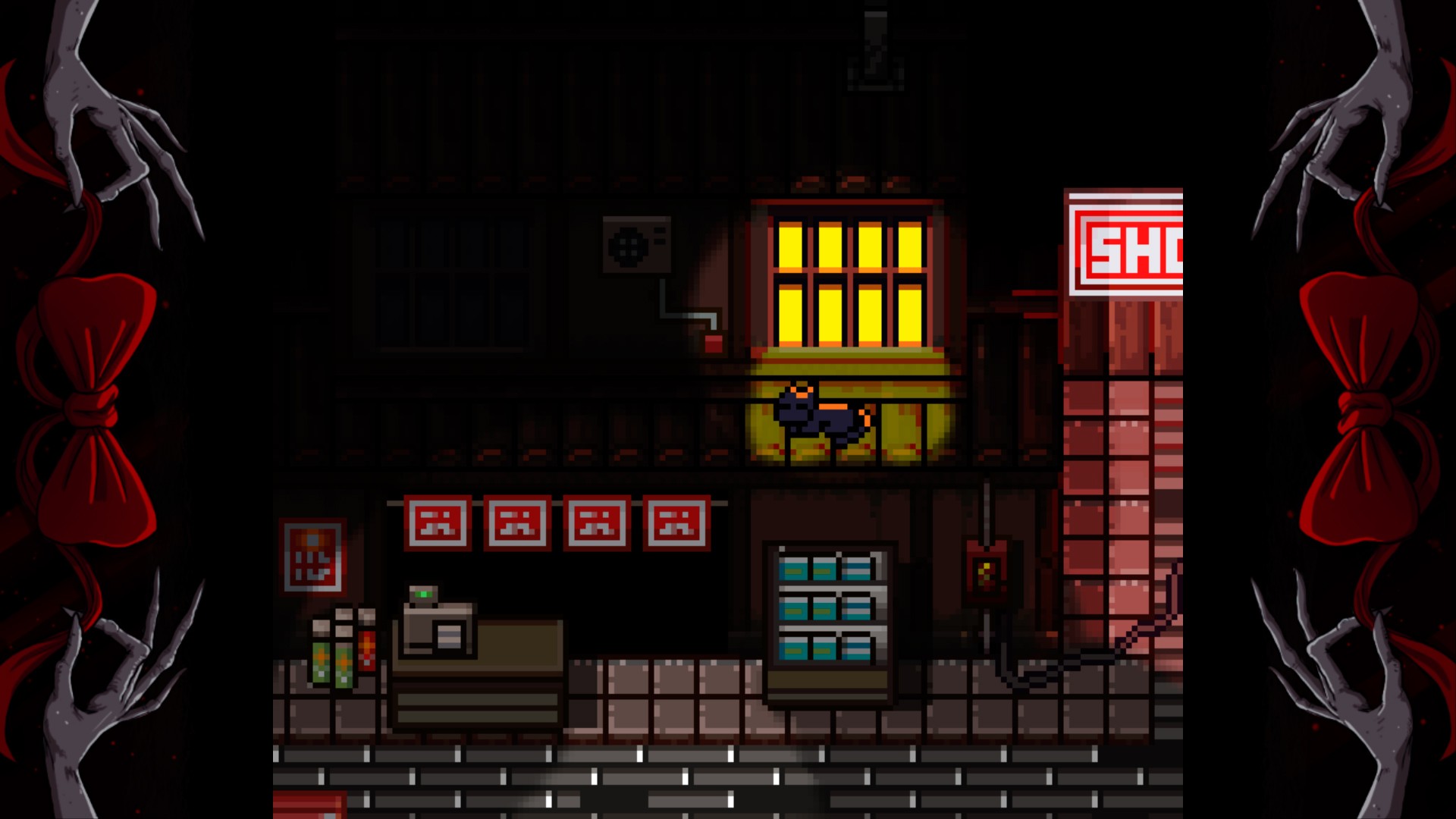 In Red Bow you will spend a huge amount of your time walking around, interacting with characters and various hot spots until you find something that will help you on your way. There are a lot of cliches in the dialogue but generally it is well written, there is a lot of dialogue so be prepared to read through streams of it. There are multiple endings in Red Bow, up to six depending on your choices. In fact you can reach one of the endings very quickly in Red Bow depending on your actions. There is the best and worst endings and then everything in between, it adds maybe an hour or so to Red Bow if you decide to reach each ending. Red Bow is not an exciting or entertaining experience, you move around at a relatively slow pace uncovering more the psyche of a very serious subject. You could argue that Red Bow at points comes across a little dull and that would be a fair judgement to make.

Graphically, Red Bow is something you wouldn’t be surprised to find on a Gameboy, it’s 8/16 bit pixel art which is something that a fair few indie developers have been releasing. As mentioned earlier Red Bow looks and plays very similar to My Big Sister, other titles like Football Game, Claire and Distraint: Deluxe Edition present similarly darker tones to Red Bow. The creepy characters look quite scary whilst the 8 bit look tends to come across chunky and this is the same with Red Bow. The different scenario’s follow the same eerie and menacing feeling, Red Bow is not really a game you enjoy as such, that’s not being negative but that’s just the feeling you get. Musically Red Bow has a pretty forgettable, but not an annoying soundtrack. The story itself is mildly interesting so you will feel invested in it as you progress to it’s macabre conclusion. 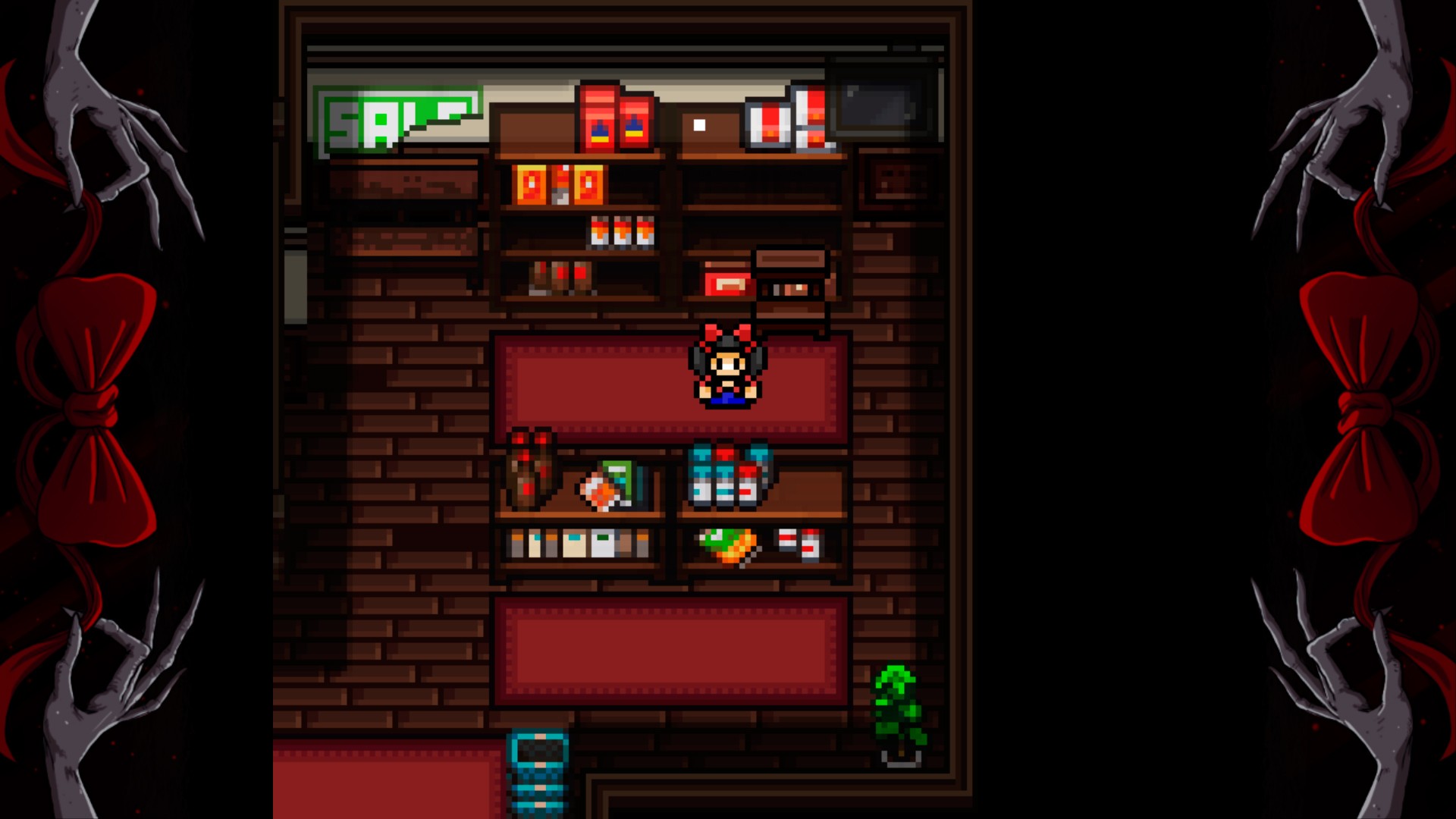 Red Bow deals with serious subjects in a very mature way. Whilst Red Bow subject tone is on the dark side it is handled in a way which doesn’t overshadow the adventuring. Red Bow is a fairly simple game, there is a lot of dialogue to get through so it’s in your interests to read what’s going on so you don’t get lost halfway through. If you’re looking for a more adult orientated adventure that isn’t particularly challenging then Red Bow is the kind of title you will get a couple of hours out of. Red Bow may not be the most entertaining of titles, but it gives an interesting insight into suicide/death.

Enter the eerie world Roh has found herself in and help her escape this nightmare………….