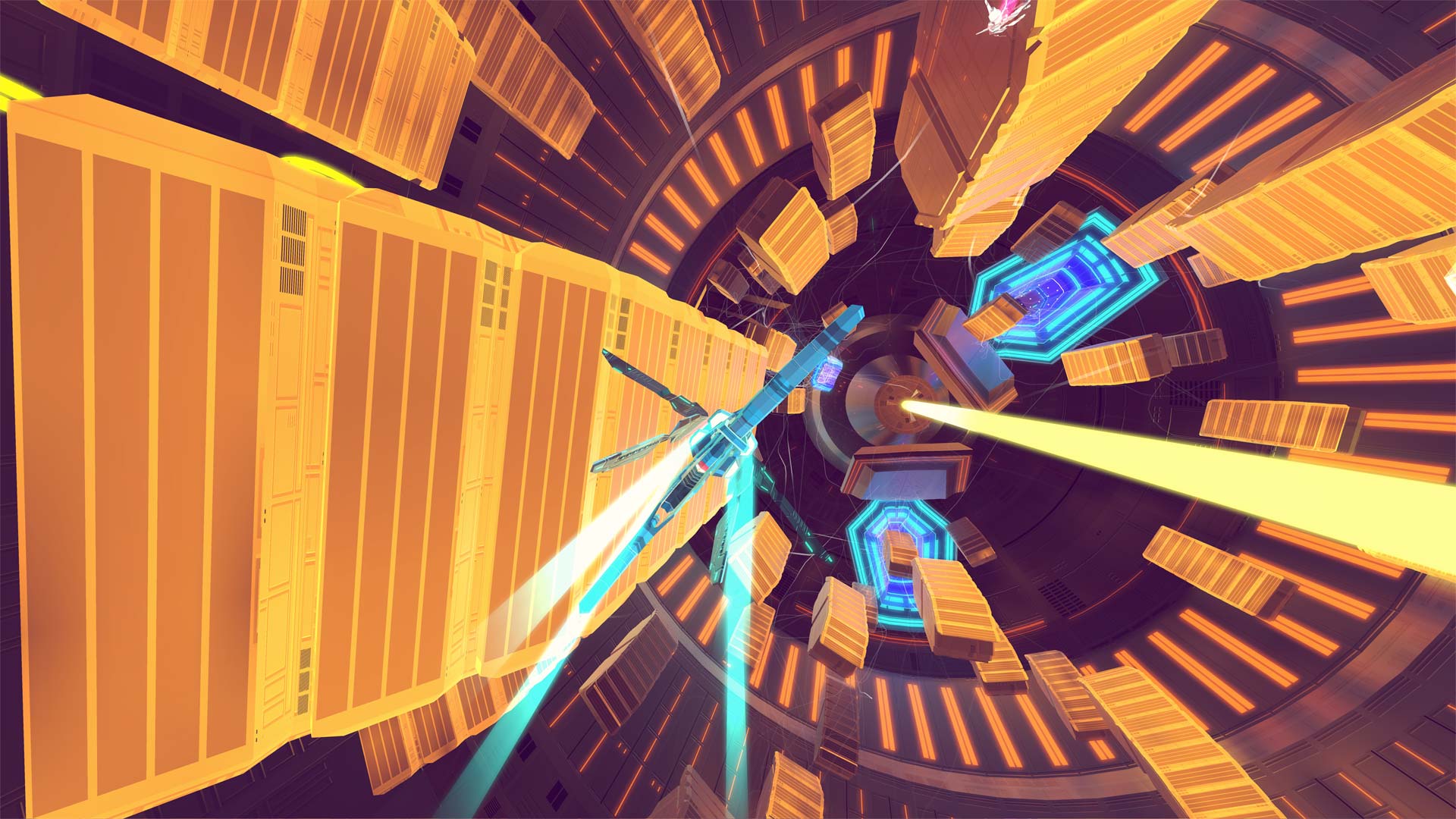 Video game genres tend to follow frameworks which have been established for years, if not decades. And very rarely, does it happen that a title — either big or small — manages to add something fresh, something new, to the tried and tested formulas. The racing genre in particular, has been at a standstill for a very long time, and while titles such as Split/Second: Velocity tried to improve upon the archaic nature of the said genre, they have done very little, in comparison to the recently released LIGHTFIELD. Which in hindsight, has quite literary reinvented the wheel.

Vast majority of racing games, uses a single plain as its ground work for its mechanic. Whether it is a tarmac track, a dirt road, a body of water, or a futuristic superhighway, it is always a flat surface on which one controls his or her vehicle. However, LIGHTFIELD, unlike all the other racing titles doesn’t stick to a single plain, as its entire world, is a one big racing track, and one can refer to any means necessary in order to reach the finish line.

Vehicles in LIGHTFIELD are a hybrid between VTOL helicopters, and light-cycles. And in game, they can travel in-air, and on any surface. And that’s because the vehicle in question can be controlled in any direction with either left or right analogue stick, but in order to achieve the optimal speed, it has to be attached to a surface, and to do so, one has to keep the L1 button held down – as without it, the player vehicle will quite literary fly away, at a rather slow speed. 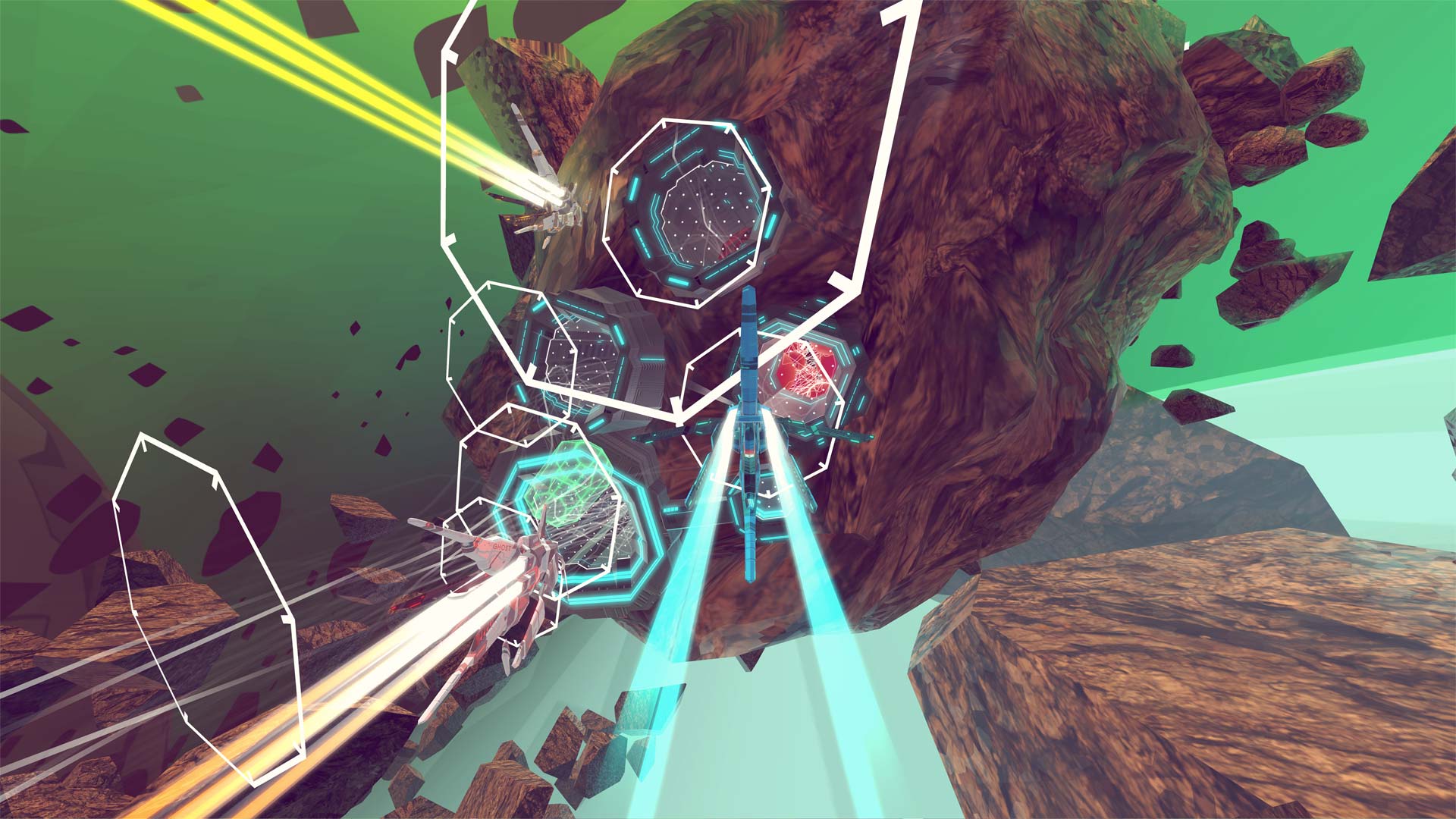 LIGHTFIELD tracks are as unconventional as its vehicles, as each and every part of them can be used as a surface. And while in-game, it is not uncommon to see the AI bots driving on walls, ceilings, or pipes, as any of those can be used as a mean to an end. And the title itself rewards exploration, as all tracks feature multiple routes, which allow one to create an optimal route, either to achieve the best possible time, or one which allows one to collect all the secrets.

The unwieldy nature of LIGHTFIELD tracks allows the title to achieve a level of replay-ability, that very few other racing games can be proud of. As the labyrinthian design of the tracks, as mentioned before, invites all to play them over and over again, in order to uncover all routes and secrets. And one can spend hours perfecting each and every level, finding ever new ways to get an edge over the AI vehicles. However, as wonderful and odd the addition of exploration is to a racing game, it does very little to teach the player how to improve his/her skills. As by constantly pushing the exploration of each and every level, the title completely abandons development of player-centric skills and abilities.

When one begins a journey with a title such as Gran Turismo 5, and any of the WipeOut games, he/she will be constantly learning, and mastering the in-game mechanics. And by the time one reaches the end, he/she will be able to complete the majority of the in-game challenges to the highest of standards. However, the same cannot be said about LIGHTFIELD, as by focusing on the title and title alone, the developer behind the game has neglected the player. 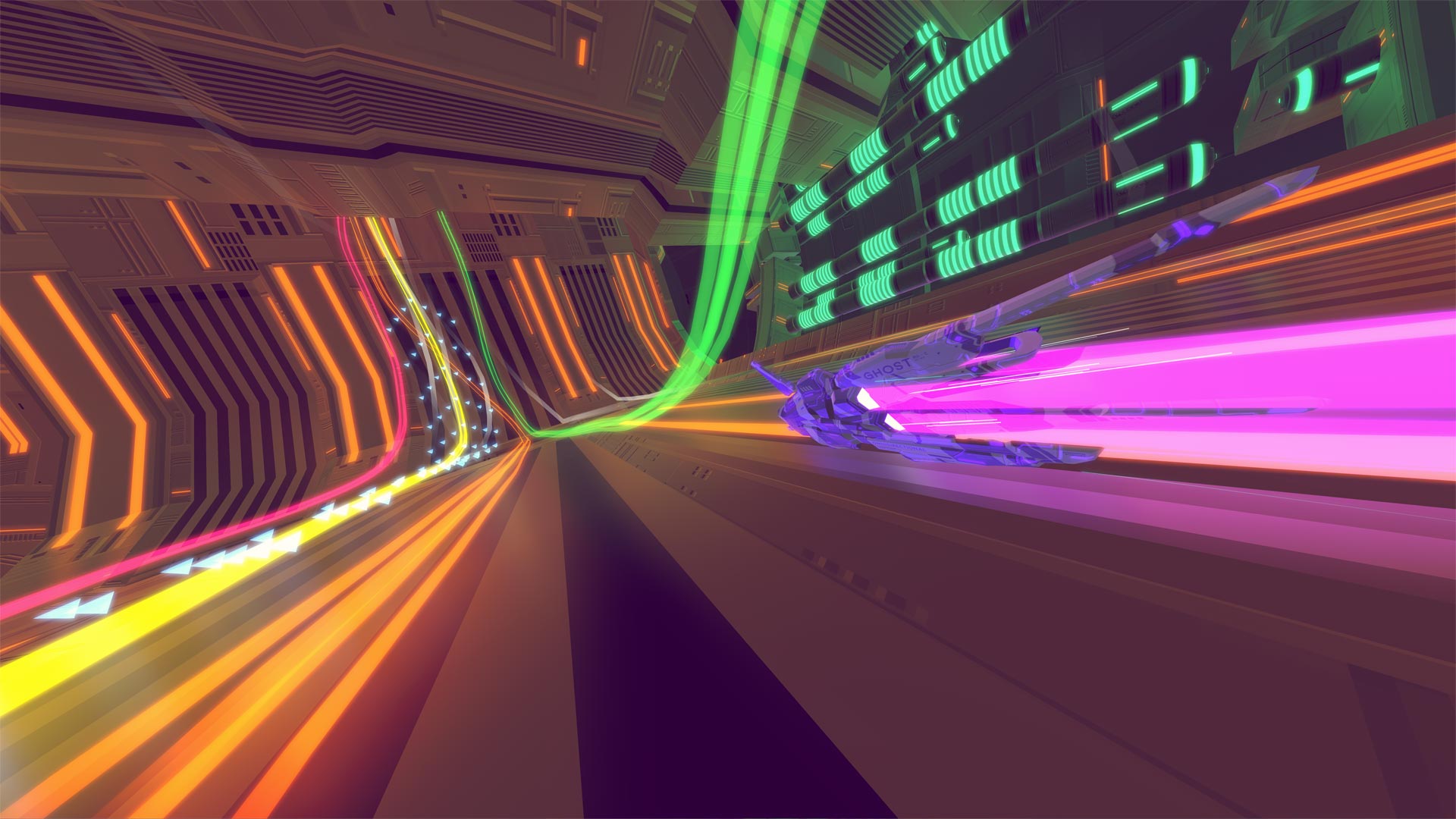 Whether one has spent an hour or even ten with LIGHTFIELD, he/she will still feel like there’s something missing in his/her repertoire of skills and abilities. As no matter how much time one pumps into the title, he/she will never quite be able to master it. One can spend hours learning a single track, to a point where one can achieve 90% surface attachment rate – but even then, that’s not enough to challenge the high-end AI. And this issue doesn’t stem from the fact that the title is overly hard, or complex, but simply from the fact that LIGHTFIELD does a very poor job of explaining the intricacies of the in-game mechanics to the player.

Yes – LIGHTFIELD, just like any other title begins with a tutorial. But it is simply too brief, and too sudden in order to present the game’s mechanics in any depth. It can be completed in seconds, and once all is said and done, the title simply leaves the player stranded in a vast and empty ocean, which most will never be able to leave. And inability to completely master LIGHTFIELD may frustrate most players, but while many will be incredibly disappointed with their inability to challenge the end-game tasks, they will still walk away from LIGHTFIELD satisfied, as ultimately, the sheer wonder of the title is enough in order to keep one within its grasp for dozens of hours.

LIGHTFIELD is an ingenious and wonderful game, which despite of its indie stature manages to challenge its AAA, and AA competitors such as the WipeOut Collection head-on. And while the word ‘experience’ has lost all its meaning within the confines of modern video game journalism, it has to be underlined that LIGHTFIELD, unlike you Dear Esthers and Gone Homes, is a unique experience which simply cannot be found anywhere else. And despite of its steep learning curve and all the shortcomings related to it, it has to be said that it is the most impressive racing title of this year, so far. And it will only improve with time, as the developer behind LIGHTFIELD, Lost in the Garden, has promised to support the title with additional content, such as competitive multiplayer, which is said to be added soon.