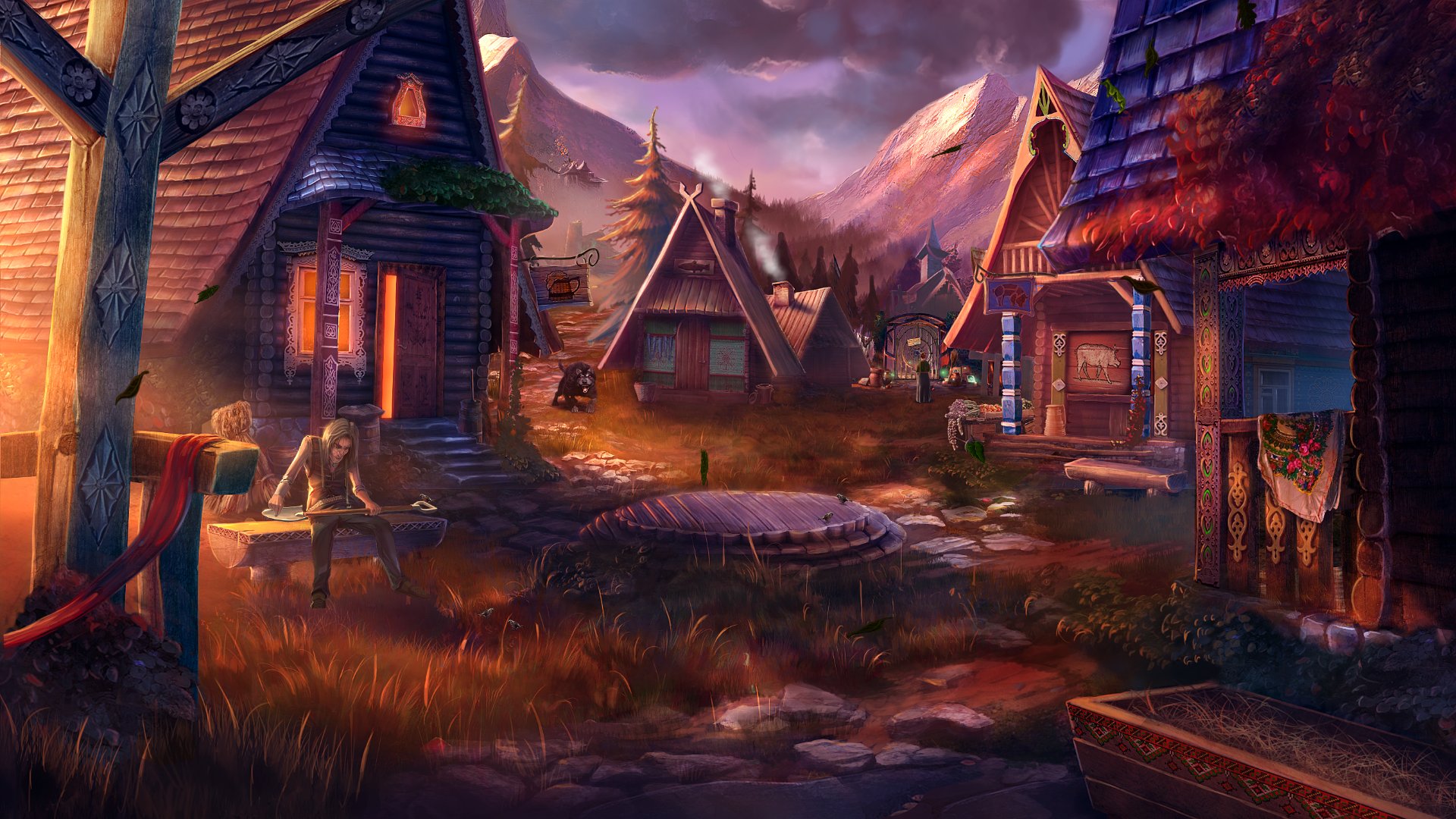 Artifex Mundi bring another hidden object puzzle adventure to the PS4, this time it’s the sequel to the reasonably fun Eventide: Slavic Fable namely Eventide 2: Sorcerer’s Mirror. There’s not much to link the two games in regards to story besides playing the same lead character so the biggest puzzle is whether Eventide 2: Sorcerer’s Mirror continues the slow improvement of these king of games have been demonstrating over the last few months.

Lets see if Mary can reach the bottom of another mystery. So after saving a park in the last game Mary and her niece have decided to go for some rock climbing in the mountains. Unfortunately for Jenny she is kidnapped by an evil wizard and Mary falls down the mountain. Luckily a tree breaks your fall and you can begin your adventure. You have to find Jenny and also investigate the mysterious village you have found yourself landing in. It’s pretty much a very similar story to the first game. 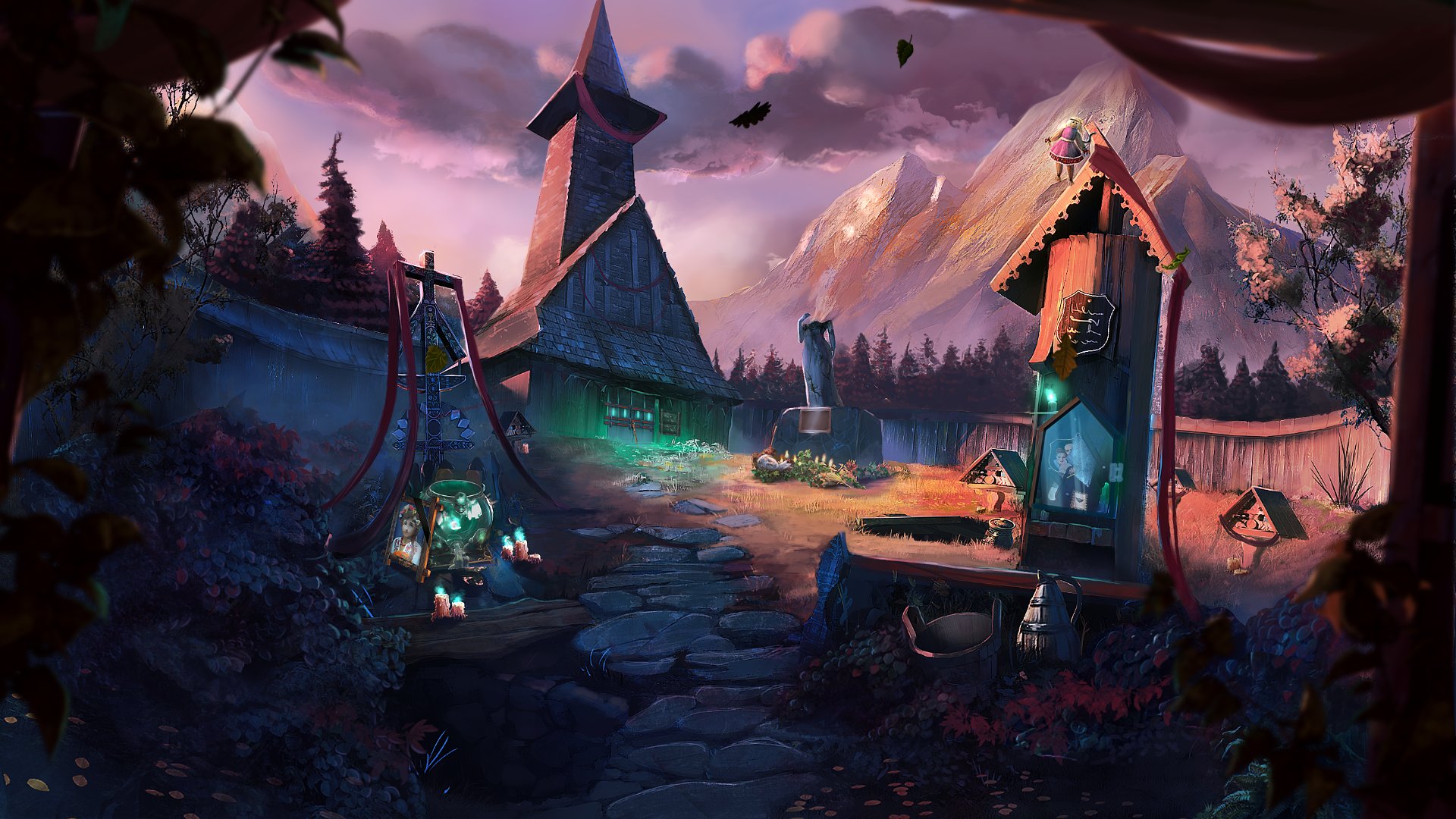 As you begin Eventide 2: Sorcerer’s Mirror you’ll meet the latest new function, they’ve sort of gone down the Telltale route, you actually get to make plot decisions. Now it’s a very simple mechanic, you only get two choices, effectively one good or one selfish choice. So you can lie or be honest to a barman or choose to keep a certain item instead of handing it back to it’s original owner. You have to commend the developers in regards to adding some variety, it means if you play the game again you will experience a slightly difference end game. It’s nowhere near as multiple choice as the Telltale games but it does add more of a personal touch to Eventide 2: Sorcerer’s Mirror.

You navigate through Eventide 2: Sorcerer’s Mirror as per usual via a series of impressively drawn 2D scenes. You solve a mixture of hidden object games and puzzles on your way trying to uncover whats happening. Some of the hidden object games now have you trying to find multiples of the same object, so it mixes up the gameplay a tad. Another recent addition is the ability to combine items in your inventory to make a new item to help you along your quest. The usual puzzles are present i.e. moving a series of lines to connect something, taken items out of a picture and placing them in another part of the picture, moving dials in different directions to line up a scene etc. It is never explained why the puzzles are there and why they are made up the way they are but it’s only a minor inconvenience. 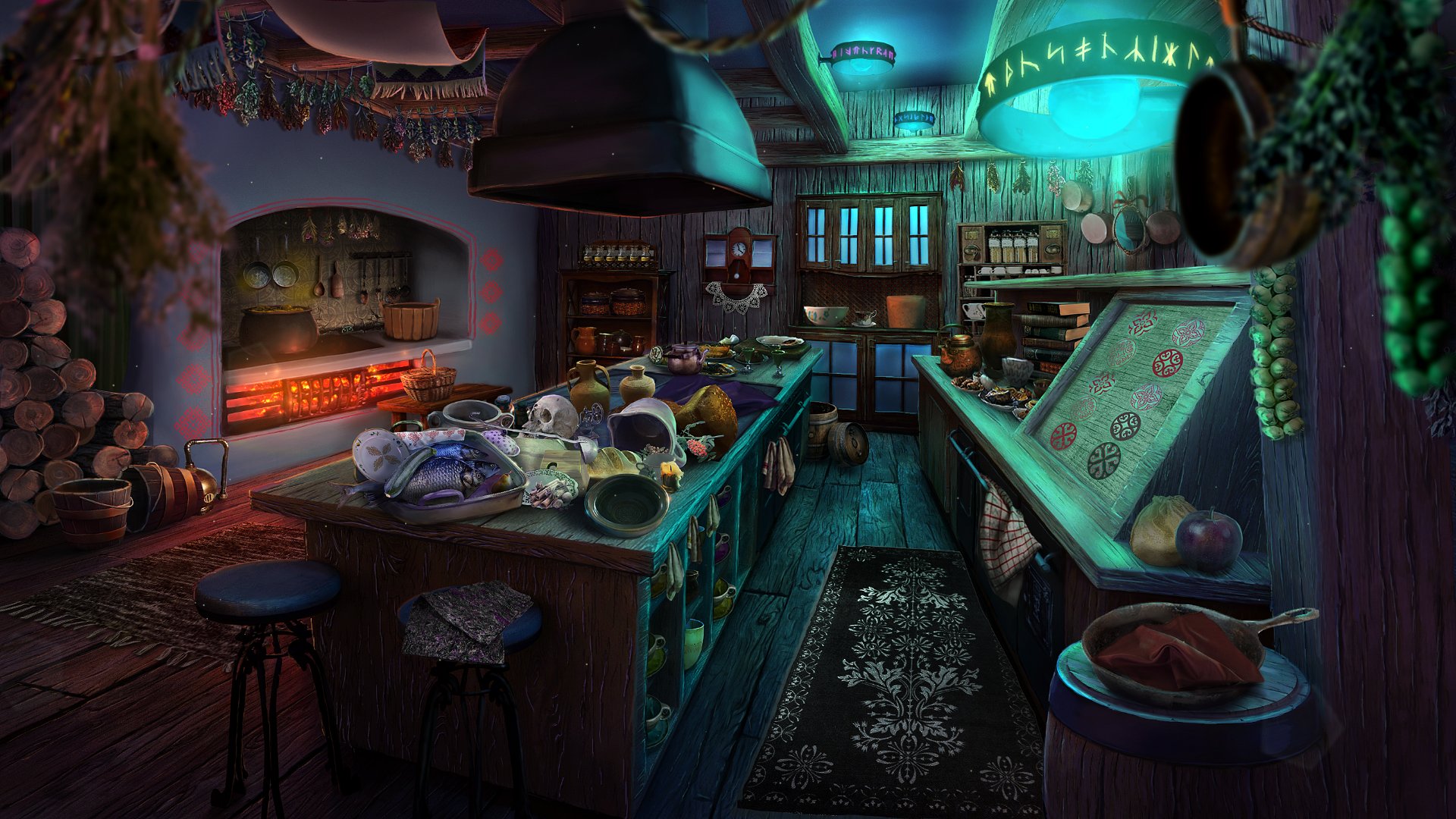