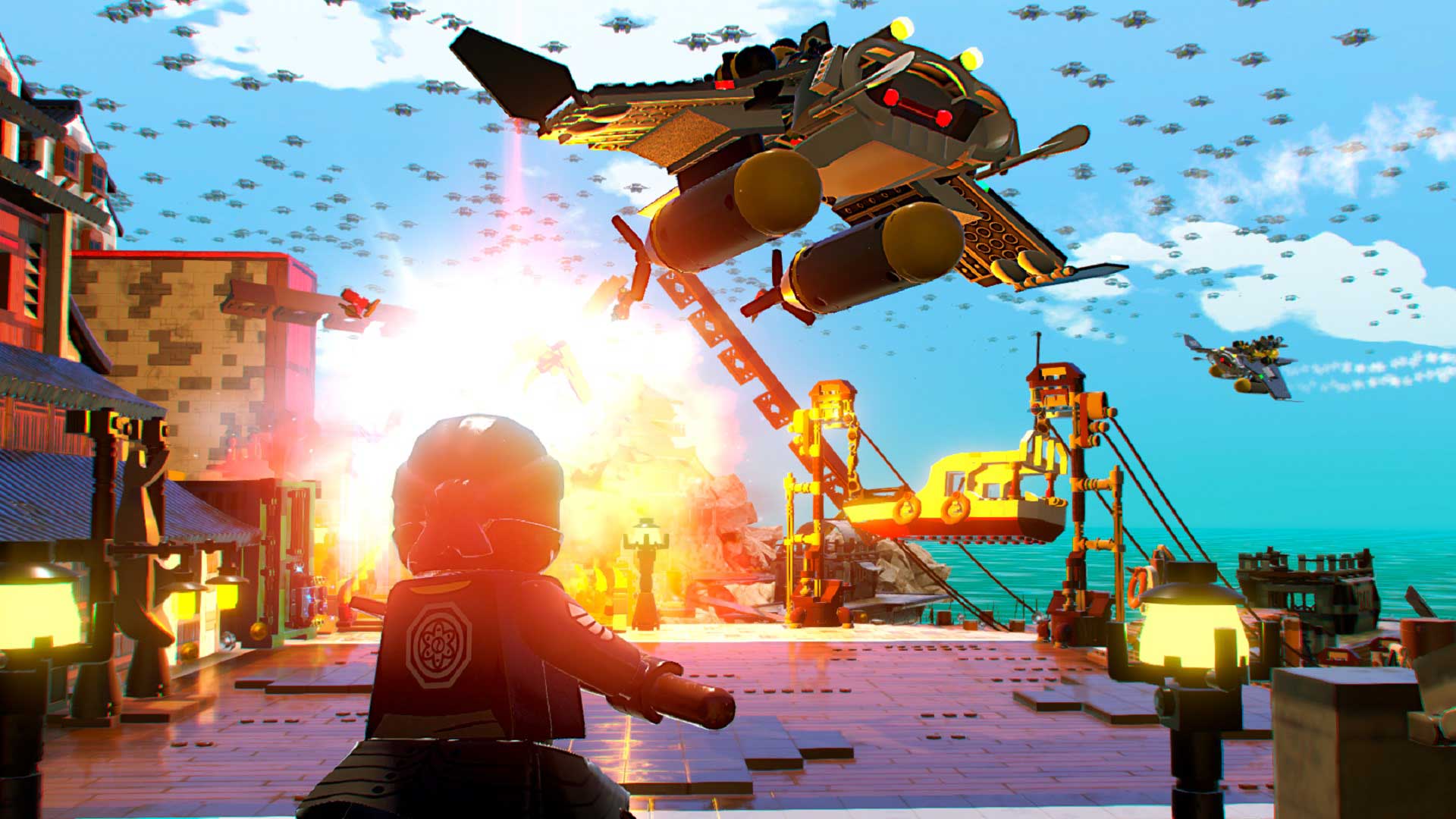 People love the Lego video games. Whether it be Marvel, DC, Star Wars or Indiana Jones, TT Games’ hugely successful template has remained a commercial and critical darling for well over a decade now. For one reason or another though, I’ve never been so fussed. I get their appeal and, despite the technical issues that often undermine these games, I do have had fun when taking them on with a friend. Strangely though, and this could be just me, I actually find them oddly obtuse. Perhaps it’s just the way my mind is wired, by often find the puzzles in these game rather frustrating. Perhaps that’s the reason that I enjoyed The Lego Ninjago Movie Video Game quite so much.

This is still a Lego video game as you know it, and due to its very short campaign and its comparatively limited content (there is still plenty to do by most reasonable standards), some might even consider this to be a ‘lesser’ example of the long standing Lego series, but honestly, I think it’s probably the most fun I’ve had with a Lego game in quite some time.

Well, form a purely gameplay perspective anyway. I’m sure some kids will love it, but I, being a 35 year old man, don’t have the same connection to Ninjago as I do to say, Star Wars or Indiana Jones. That invariably means that the collection and unlockable aspects of the experience don’t have the same impact as they otherwise would – random ninjas are still pretty cool, but they’re no Momaw Nadon, that’s for sure. 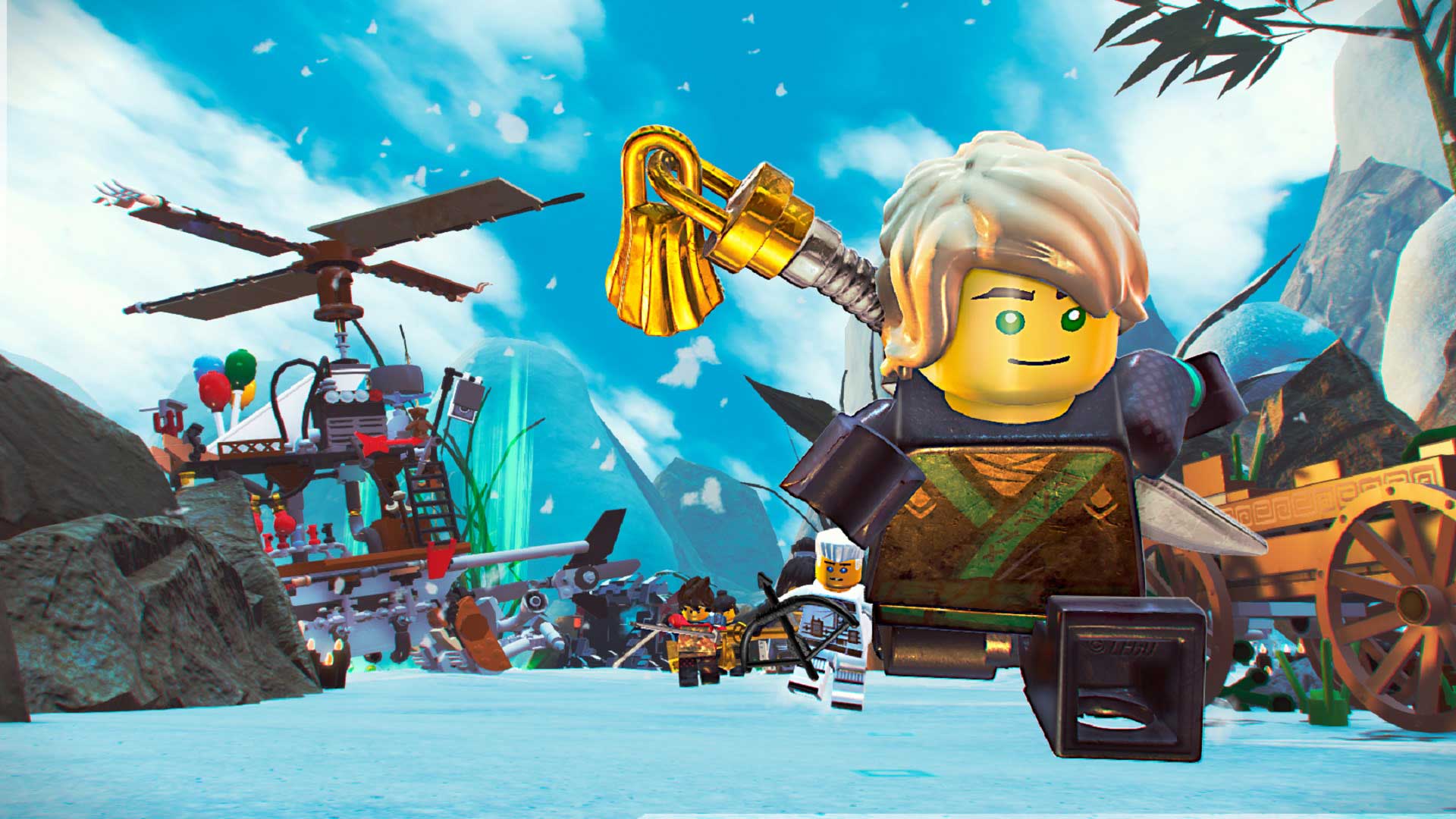 Still, despite the lack of a long standing connection to the source material (I did admittedly rather enjoy the movie), I’d argue that, in terms of mechanics and moment to moment gameplay, Ninjago might be, if not the best, arguably the most enjoyable Lego game yet. Not everyone will agree of course, but by moving the emphasis away from those cumbersome puzzles and by making the much improved combat more prominent, Ninjago feels like a more traditionally enjoyable video game than many of its predecessors.

The combat itself is hardly revolutionary and still only uses one button, but by including a number of combos and integrating them into the other mechanics that drive the game, it feels much more involved than usual. You can still button mash your way through much of the game, but some enemies will block standard attacks and require unique combos to defeat them. More importantly, by having your combo linked to the number of coins you receive, there is a real benefit of keeping your combos going and constantly mixing up your moves. Again, it’s a simple addition, but one that makes the core combat more engaging without compromising the simplicity that has always made the series so accessible.

It’s not just the combat either – Lego Ninjago has made an array of minor improvements to the core Lego gameplay and structure that help it stand out from its better know and bigger budgeted compatriots. Beyond the fact that the vehicle sections and boss battles are a step up from the usual fare, collecting and subsequent unlockables have been overhauled with character upgrades now unlocked via a basic skill tree. Like much else here, it’s nothing that hasn’t been seen in other games, and the improvements are still built upon that ageing Lego template, but one by one (brick by brick dare I say), they do combine to deliver an improved and more modern feeling experience. 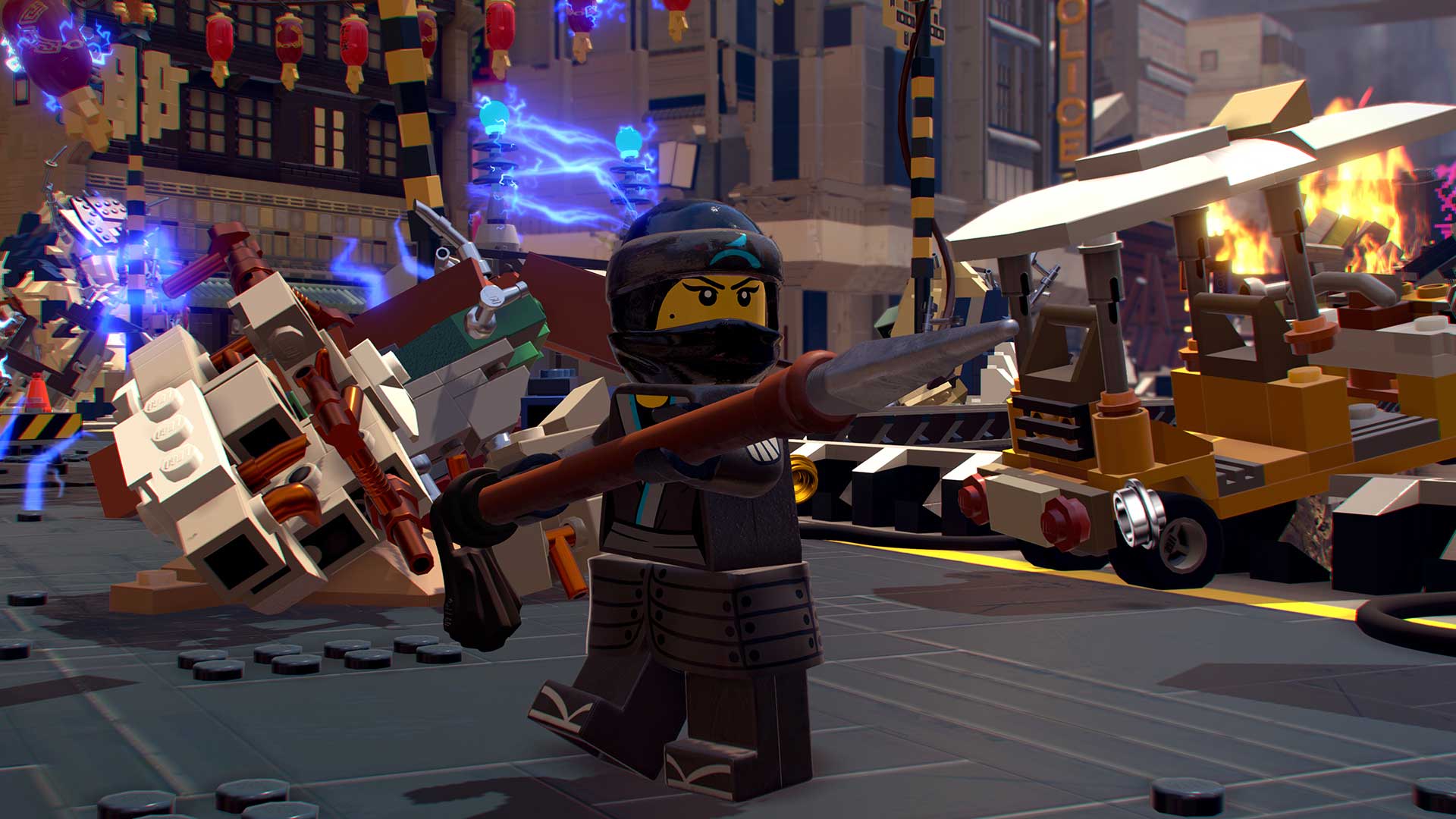 As good as all that might sound though, Ninjago isn’t all sunshine and lollipops – the narrative really is threadbare with little concession made for those not au fait with the source material. I wasn’t expecting a deep dive into the mythology, but honestly, the story here……well, it’s isn’t if truth be told. That won’t be the end of the world for those who have seen the movie of course, and there are a few nice little nods for fans of the TV show, but Ninjago is still horrendously shy on cohesive narrative. It’s also short – the 6 hub worlds linked to each story chapter do extend the games’ lifespan via a collection of largely enjoyable side missions and races and the such, and there is still a decent amount of content for those looking to unearth every coin and gold brick, but in terms of the core missions and story, this game comes in at well under 5 hours.

It’s also a bit of a technical mess. Fans of the series will have become accustomed to these long standing issues, but audio and graphical issues (not to mention horribly long load times) do undermine what is an otherwise very good looking game, one that does a great job of capturing the spirit of the movie and TV show.

Ninjago might not be the most polished entry in TT games’ long running Lego series of video games, and it’s certainly a tad shy on content in comparison to its more famous stablemates, but thanks to the enhancements made to its overall structure, its superior gameplay and above all else, its much improved combat, The Lego Ninjago Movie Video Game overcomes its shortcomings to deliver one of the more enjoyable family friendly games released this year. It still keeps defiantly to the Lego template, but nearly all of the changes made are for the better. TT Games will need to update their admittedly successful formula sooner rather than later, but as an evolution of what has come before, their latest is certainly moving in the right direction.