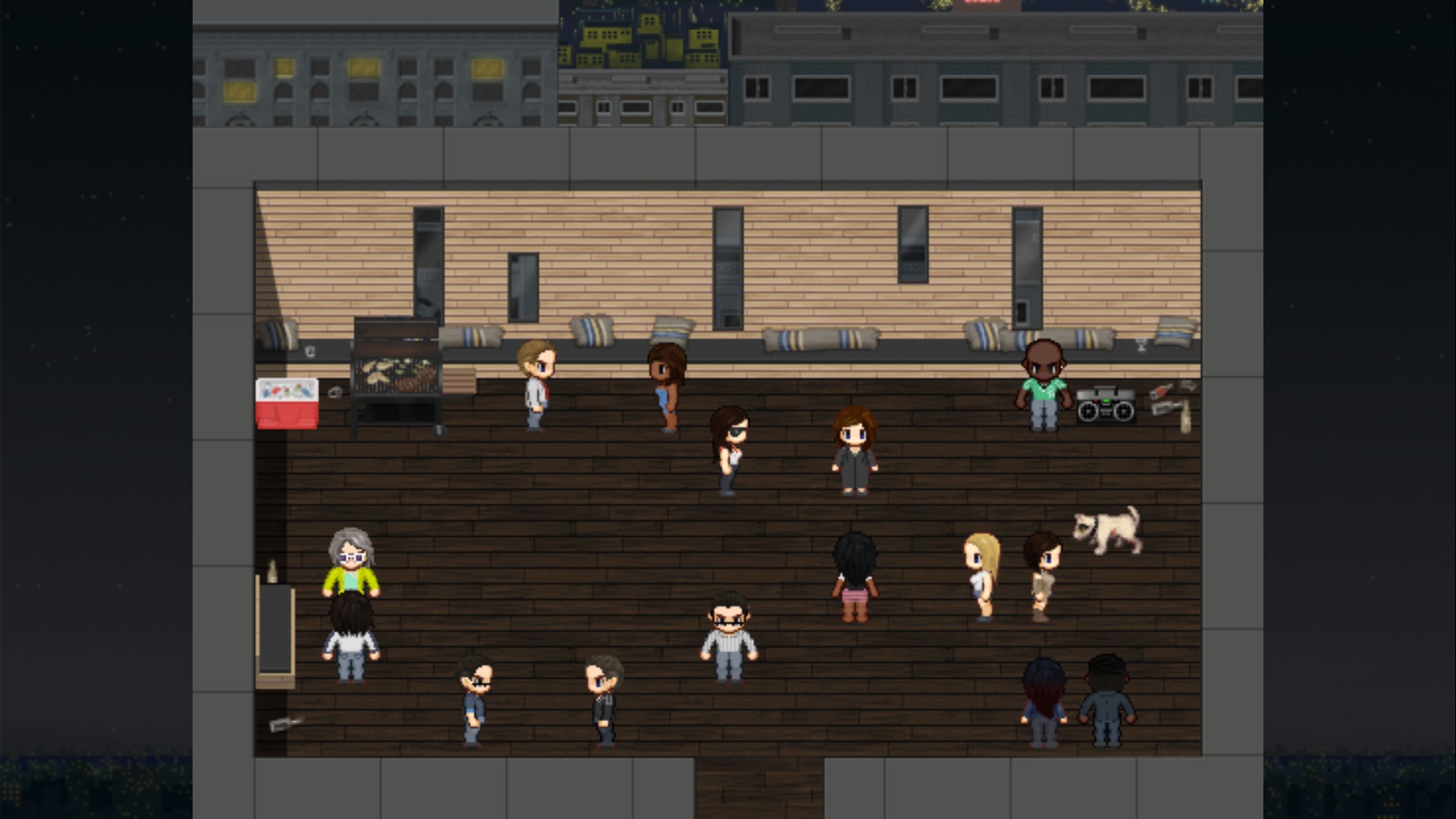 Unity, as a game engine, gets a lot of negative press due to its use – or rather misuse, by certain developers. Both Steam, and PlayStation Network are full of senseless asset flips, cobbled together in literal hours, within the abovementioned engine. However, by being the centre of attention, due to its infamy, Unity has managed to do one thing right, but for others rather than for itself. As each and every Unity centred headline, has subsequently diverted attention from other, undesirable engines such as the RPG Maker. Which in reality, has spawned many more monstrosities than masterpieces. However, just like Unity, RPG Maker has become a tool create numerous, above-par titles, such as Vagabond Dog’s, Always Sometimes Monsters.

Always Sometimes Monsters, has been initially published back in 2014 solely on the PC. And within that enclosed environment it has performed relatively well, but just like the rest of low resolution indie games, it translates poorly when running on consoles, and most importantly, any screens above 22’’. The oversized, pixelated chibi-like characters can be easily overlooked, as they are relatively sharp. However, character models which appear during conversations are incredibly blurry, as their outlines, and nearly all distinct features have little to no clarity. And that’s not because the title is being stretched, it is simply because flaws such as this can be easily spotted on a larger screen. 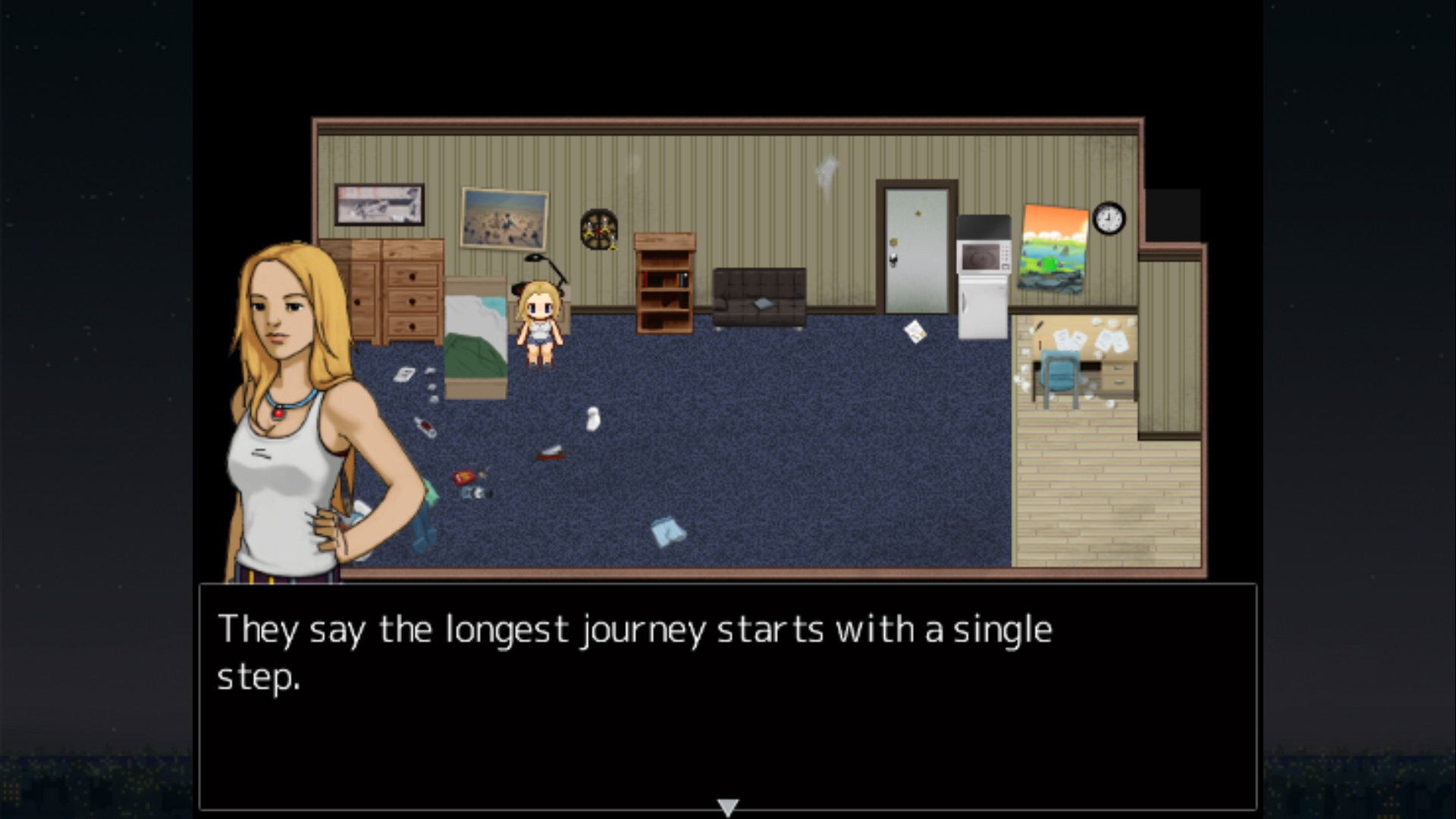 In addition to washed out models, it has to be underlined that Always Sometimes Monsters, just like the vast majority of RPG maker titles plays in 1:1 aspect ratio, meaning that if you are playing on console, you’ll have to stare at two massive strips on each side of your screen. But considering that Always Sometimes Monsters is an RPG Maker title, it has to be said that two static images on each side of your screen, will be the least of your worries, as you’ll commonly have to deal with all the other issues such as clunky menus, and Pokemon Blue-era selection screens, on regular basis. ‘’But wait, there’s more’’ – Billy Mays , 2000.

As it was underlined above, Always Sometimes Monsters shares a lot of its core issues with other RPG Maker titles. And just like the rest of them, it is also very limited when it comes to its audio. As in game, all dialogue is written, and has to be read in full in order to fully understand the story, and its goals, and the soundtrack is mostly composed of ambient music which is there to set the tone. But unfortunately, one can only stomach so much text and basic soundtrack, and most who’ll decide to give Always Sometimes Monsters a chance, will most likely end up growing tired of the title’s archaic approach to storytelling, and will likely abandon the game before the final credits roll.

Dissipating user engagement is a fact, when it comes to Always Sometimes Monsters, and that’s because the title does very little in order to grab one’s attention, and have him/her indulge oneself within the story – which according to the developer is the most important part of the game. As it is meant to be a tale, joy, love, anger, and sorrow, as title’s main objective is to portray a story which is not only captivating, but also true to life, and in most instances relatable. And while it is without a shadow of a doubt, a tale of utmost realism, the cliché driven writing, and abundance of needles text, does very little to convey any sort of emotions. And yes – at certain points characters display icons above their heads which represent certain feelings, but it is hard to get invested into a tale of hardship, when all on-screen characters are displaying hearts, tears, and other ‘emojis’ constantly. 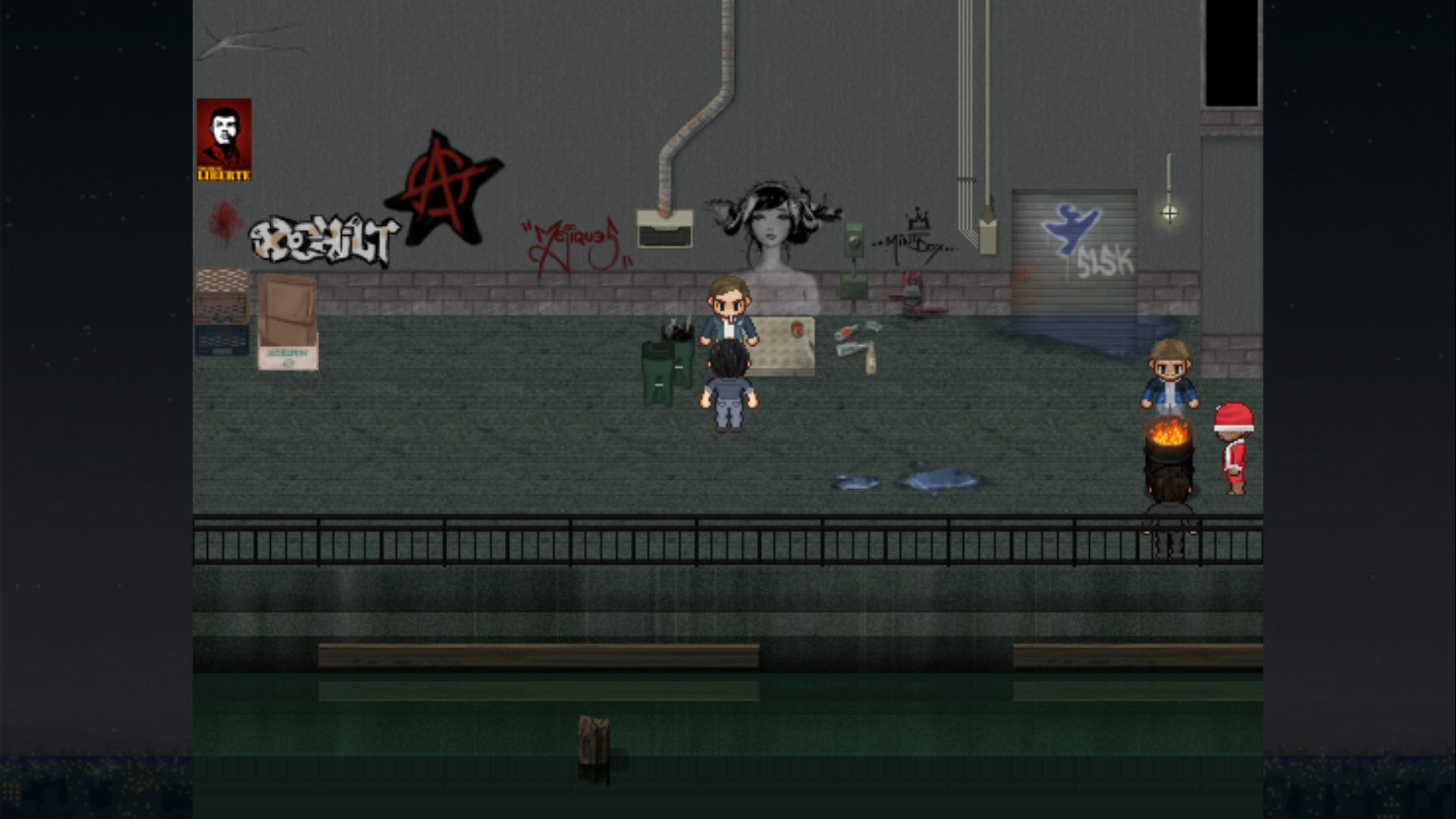 There will surely be some, who will take the story of Always Sometimes Monsters to heart, and will definitely appreciate the effort which Vagabond Dog has clearly injected into this title. However, there will also be those who will appreciate one thing, and one thing only, and it is the fact that all in-game dialogue can be fast forwarded by holding the L2, or by simply tapping the X button. And while those who will do everything they can to get through the game as fast as possible, may not treasure it as much as the others, they will surely remember it, as due to its narrative structure, Always Sometimes Monsters is a very memorable experience, if not always for all the good reasons.

In addition, it has to be underlined that while all will get something out of Always Sometimes Monsters, it is not necessarily a title for all. As ultimately, it has been created and designed for a very limited audience, and while the title at hand follows a multitude of western-centric tropes, it has been clearly designed for the fans of the Japanese culture. And only they will get the most out of the £13.99 which they’ll spend on the title. And the rest of the PlayStation 4’s user base, will only see it for what it truly is, and it’s an another RPG Maker game, which despite of the developer’s best attempts is nothing more than an average story-centric title, which in the current market can be easily substituted with much more superior games, such as Every Body Has Gone to The Rapture.