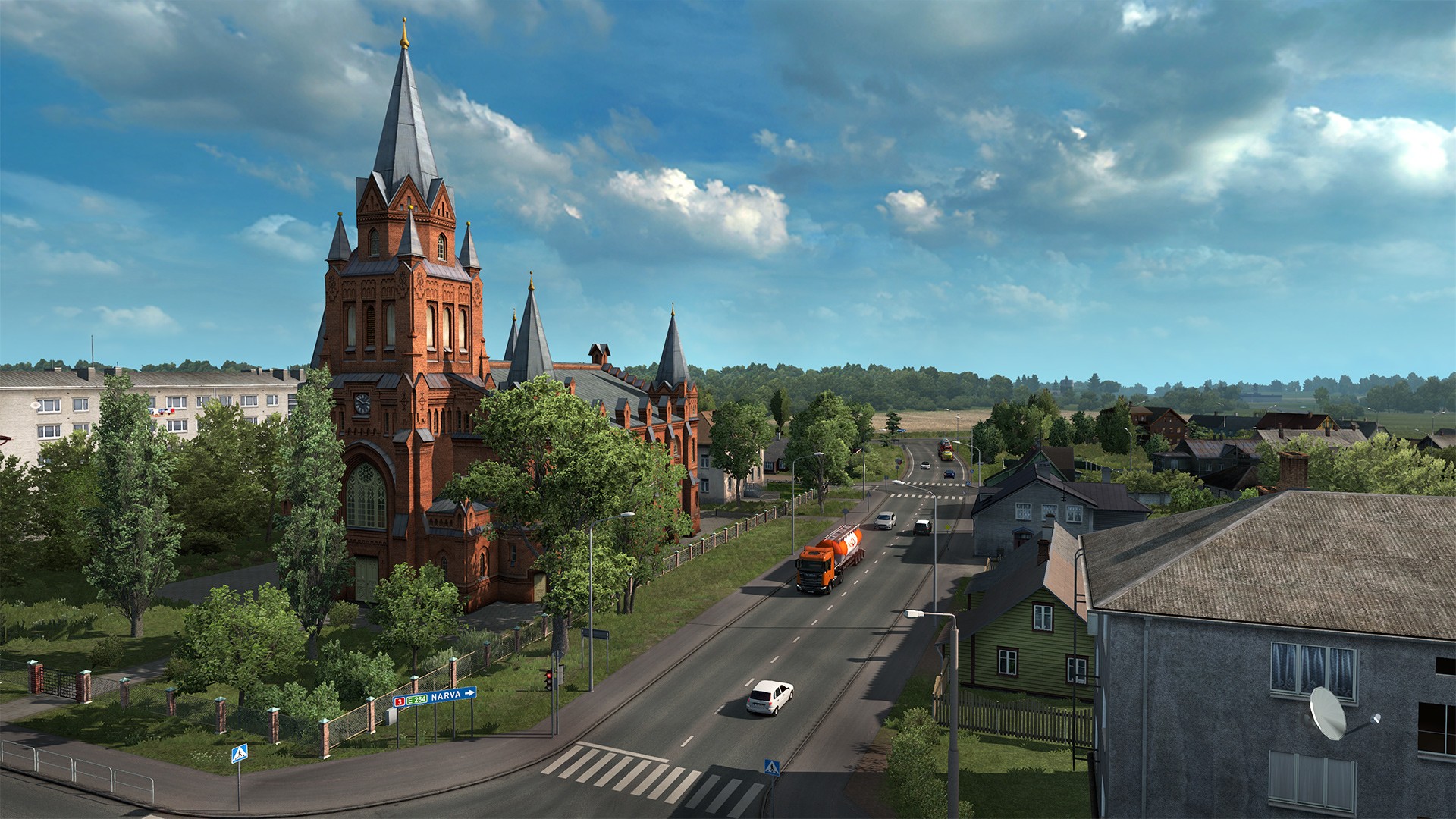 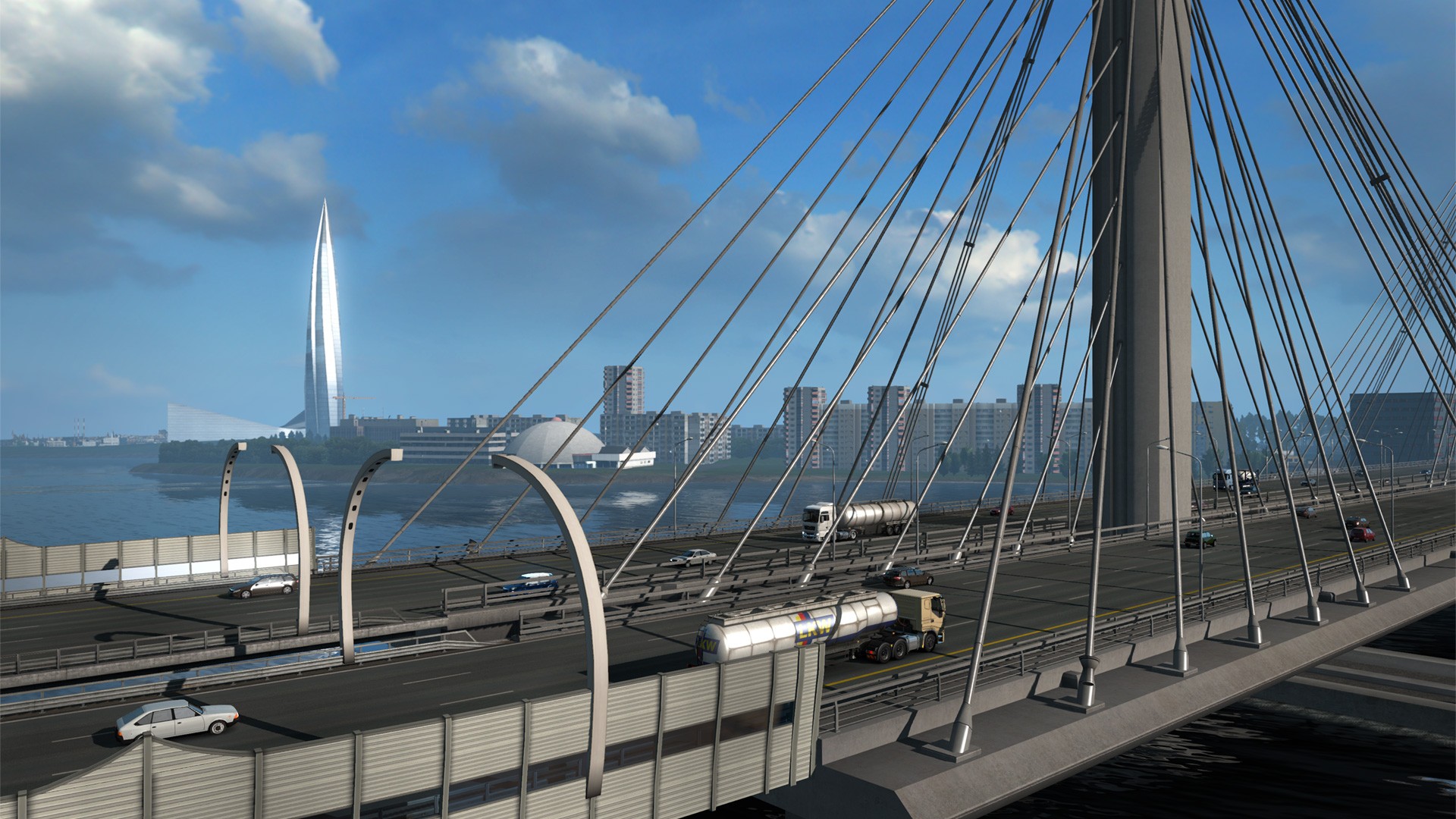 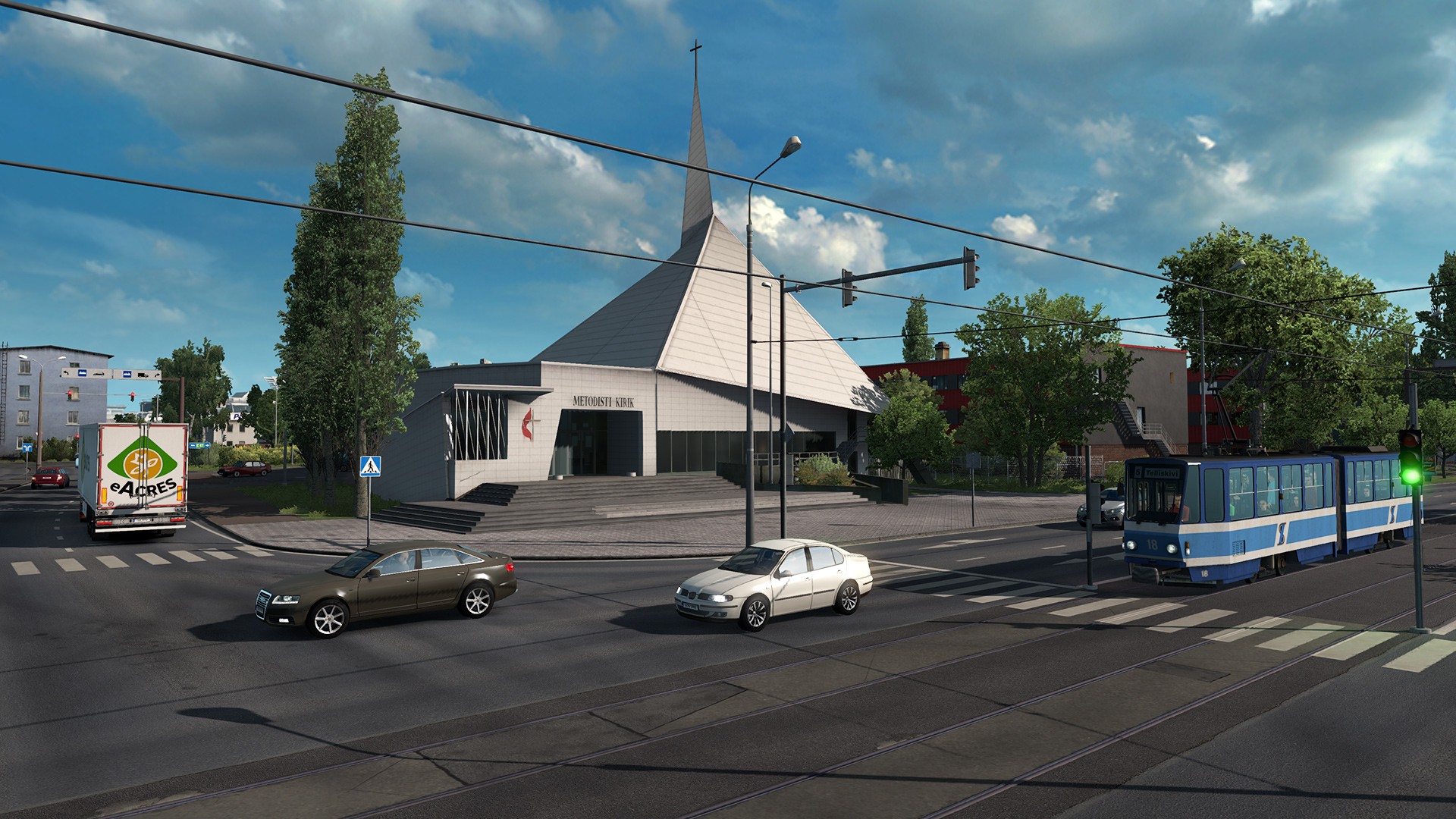 The DLC known as “Beyond the Baltic Sea” adds a lot to the table. You will be able to visit countries such as; Estonia, Latvia, Lithuania and some parts of Finland and Russia. Enjoy the Baltic characteristic architecture as well as visiting famous landmarks and drive through recognizable places. Travel to Russia and visit Saint Petersburg and Kaliningrad and enjoy the wonderful scenery. “Beyond the Baltic Sea” also contains over 30 local industries and company docks. What really made me enjoy this was definitely the nature. What really made me feel at home as I was driving was the rivers and the pine forests that I encountered throughout my journey in the Baltic region. There will also be 24 cities and small towns in which you will be able to visit! The only thing that makes this DLC less appealing is the fact that you will have to buy other DLCs in order to connect to the “Beyond the Baltic Sea” DLC. It isn’t game breaking by any means!

Other than that, I really think that the “Beyond the Baltic Sea” DLC really is worth your time. Having the possibilities to visit more countries is just amazing! Anything from the new signs to the new roads really makes it feel more refreshing. When you purchase the “Beyond the Baltic Sea” DLC, you will also unlock achievements that you will be able to get by doing activities connected to it. I just can’t wait to explore more and see what there is in store for me! If you are hungry for exploration and also really want to expand your horizons, I would highly suggest picking up this DLC!

Basically, the “Beyond the Baltic Sea” DLC really encourages you to explore! More countries as well as roads to drive on! Can’t wait to continue with this one!