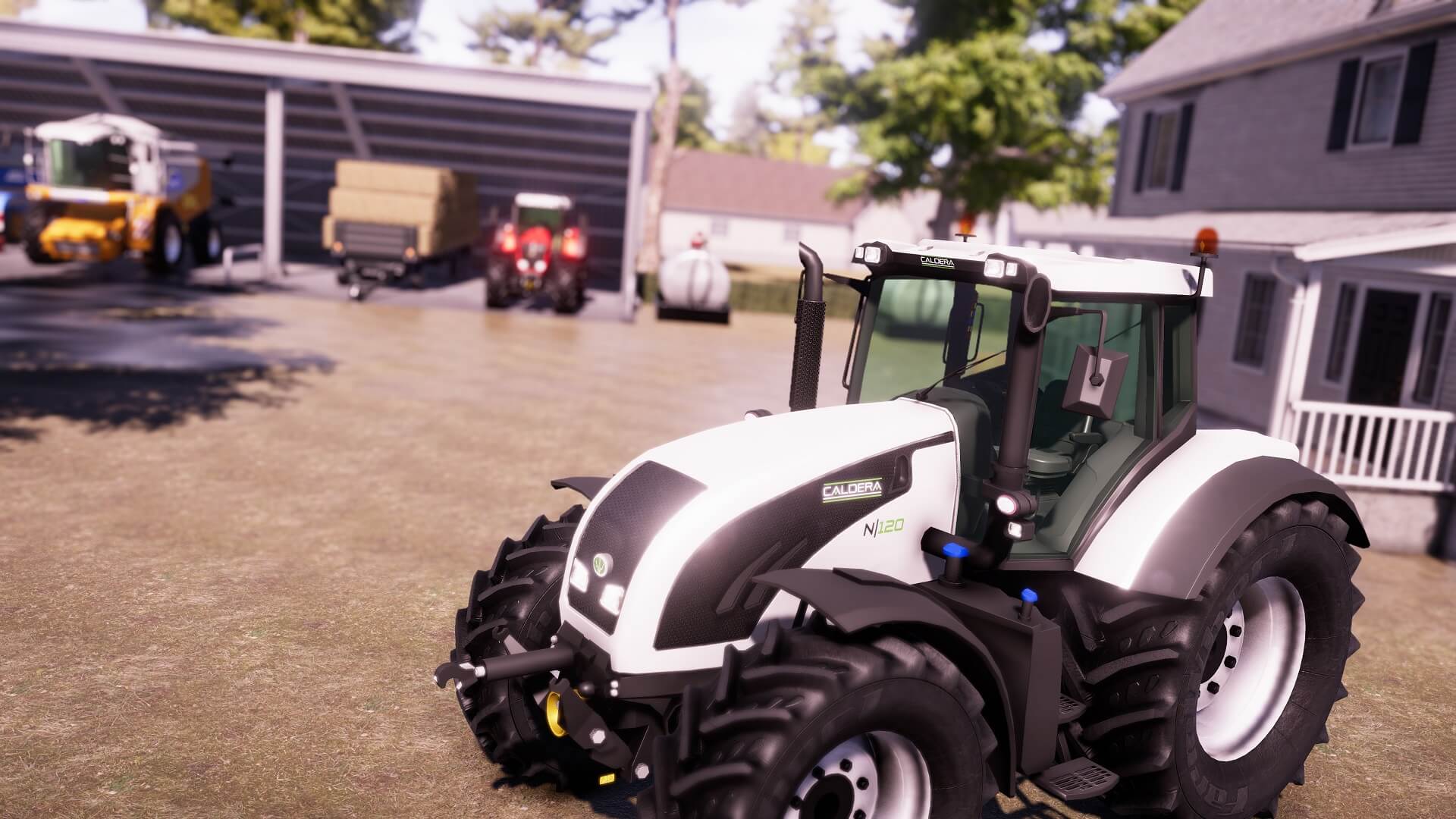 Released on October 20th, 2017, from Soedesco, Real Farm tries to match the charm and goal-driven fun of other farming simulation titles without hitting the mark. Riddled with glitches, game-breaking bugs, and a lackluster experience, Real Farm is, unfortunately, an avoidable mess on the PS4 addition – just as it is on PC and Xbox One, or so it seems. But is there something in this dated, uninteresting Simulation title that fans of the Farming Sim genre might find worth their time and trouble?

Despite the high price tag, Real Farm loads up into an extremely basic, rudimentary interface that feels incomplete and unoriginal. It feels like a playable Demo, rather than a finished product. Players begin by choosing whether they want to play in a “Free” style mode – where they own a farm, land, and equipment already – or the “Story” mode, featuring an older farmer who has jobs available until the player can inevitably purchase the farm. There are three difficulty modes as well, which determines how much cash you have up front vs. on a loan that must be repaid. I started my playthrough with the story mode, which felt like an arduous tutorial. It was a series of tasks – plow the field, cultivate the area, sow seeds, harvest wheat, etc. It was incredibly dull and an on-rails style of gameplay that is tolerable in brief, small doses, but spending over an hour just getting through this slow-moving tutorial style interaction was frustrating and annoying. 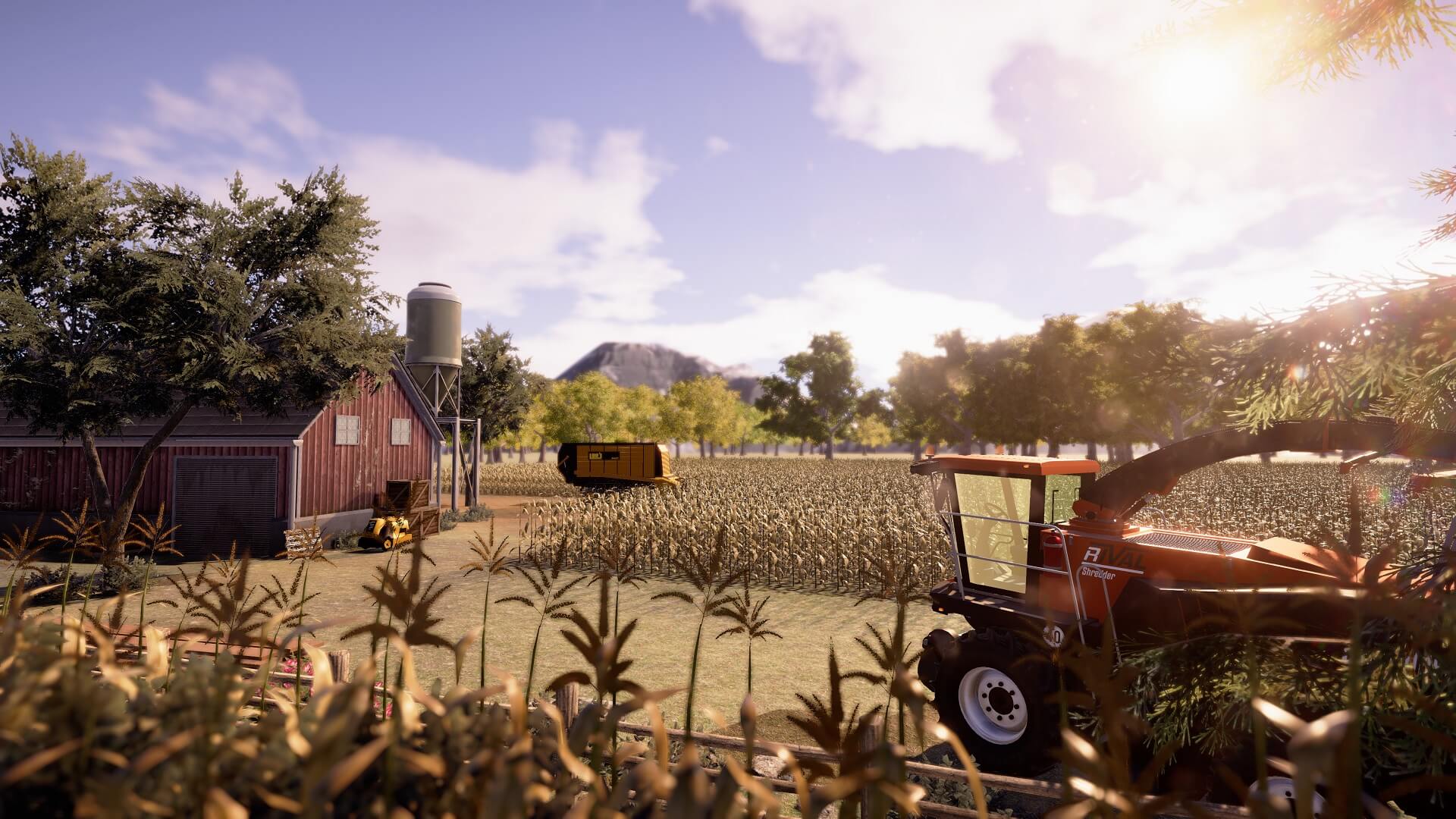 The vehicles have terrible controls and turning radius, which added even more frustration to the gameplay. I ended up having to go through the same space repeatedly, just because my tractor had worse turning ability than it should have based on other Farming Simulator “industry standards.” Both gameplay styles begin with a truck at the player’s disposal, but this vehicle doesn’t have any more finesse than the heavy machinery does. It’s prone to flipping and rolling onto its side, and I ended up losing many trucks after turning a corner and getting it stuck on a small rock or brush. Unfortunately, the physics in Real Farm are terrible – you can’t actually “crash” anything, it just stops moving, permanently. There’s no explosion, no fire or smoke, nothing that lends any realism. And after a few trips back and forth between the field and the farm I was ready to drive head-first into a tree.

The lack of detail in the world is another sore point for Real Farm. The world has dated graphics more suited to the PS3 or even the PS2, and there just isn’t any “stuff” in it; cars are empty, lacking any driver; streets full of houses and stores don’t offer any people or items. Although the landscape can be pretty at times, the sheer lack of content for a game with a higher price tag is a massive problem in my book. The soundtrack is fun and catchy, but tracks will randomly start and stop with no real logic or order applied. It becomes annoying rather than helpful, and eventually, I just turned the music off rather than endured the distraction. 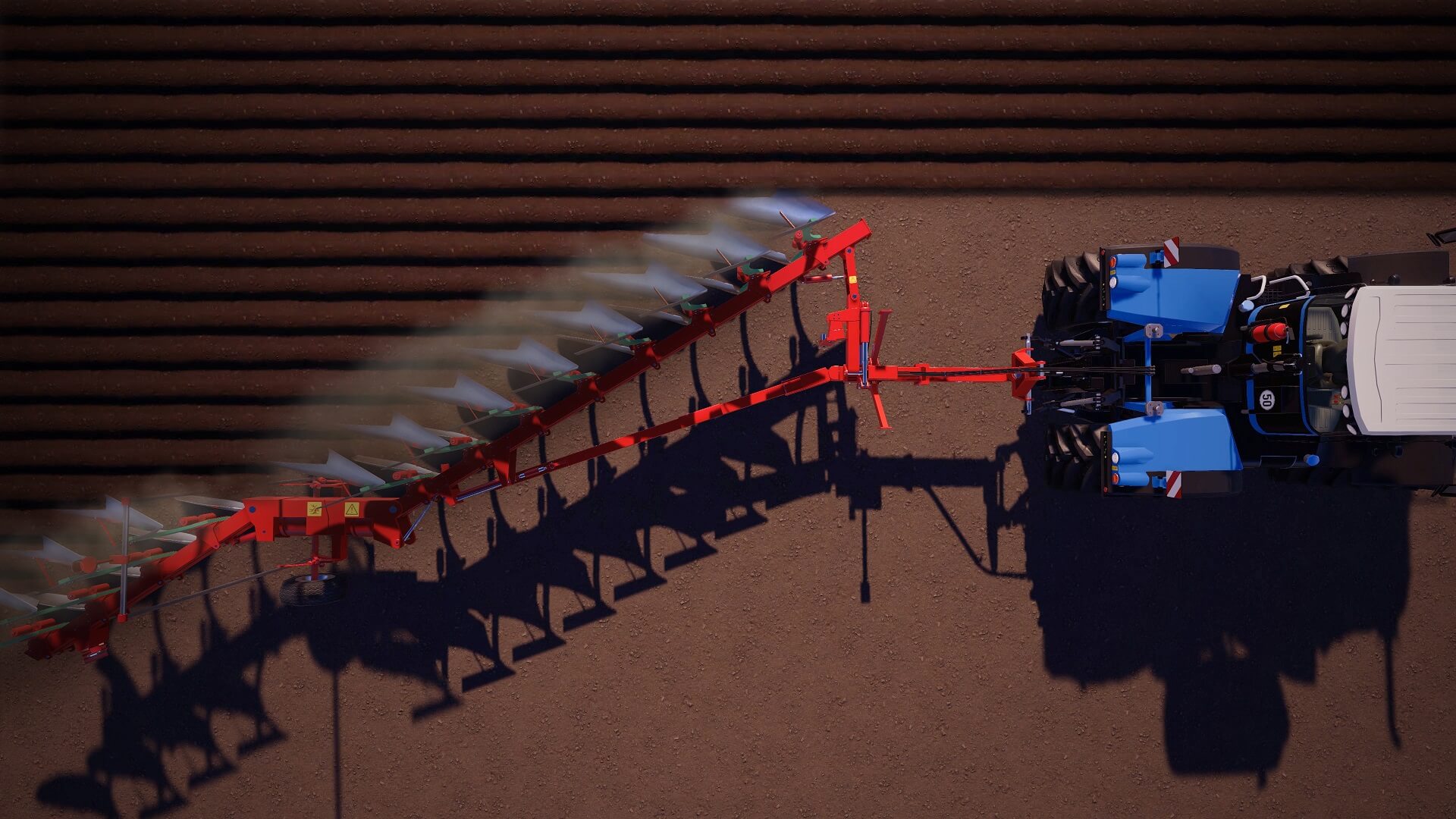 The most significant issue I have with Real Farm was the high amount of glitches and bugs that I encountered in this final-release PS4 title. Within five minutes I’d turned my tractor too sharply while backing up, and the whole machine launched into the air and spun around endlessly. When I finally detached the attachment, triggering the tutorial warning for me to reconnect it and a timer, I was able to “fail” the mission. However, when I reloaded, I was still floating in the air, unable to do anything about my predicament. Closing the game and reloading the save had me in the same spot, so that single glitched my entire saved game. This happened three times, and that’s not including other minor bugs and glitches that were bothersome or obnoxious if not game-breaking. That level of instability is unacceptable for a game of this price point. In fact, that degree of error risk and lost time in any final version of a Simulation title gets a Buyer Beware from me, given that the nature of this genre is a considerable investment of effort and time to get anywhere only to lose not only your progress but your saved game.

Real Farm is an ambitious title that tries to recreate what has been successful in bigger, better Farming Sim titles but it fails to deliver. While the graphics are passable and the soundtrack is fun, the lack of polish, the monotonous nature of the gameplay and especially the game-breaking bugs just make it a deal-breaker in my book. Real Farm just isn’t fun, and it lacks the polish required for a genre that already risks being tedious and frustrating rather than exciting. Even on sale, I would caution players to steer clear of this one, at least until considerable patches and repairs are done to restore stability – losing your saved game is frustrating once, but repeatedly is downright devastating if you’ve invested any time at all. There are just too many titles that do what Real Farm tries to achieve much, much better, and I caution players to proceed with caution before spending their hard-earned money on this title.