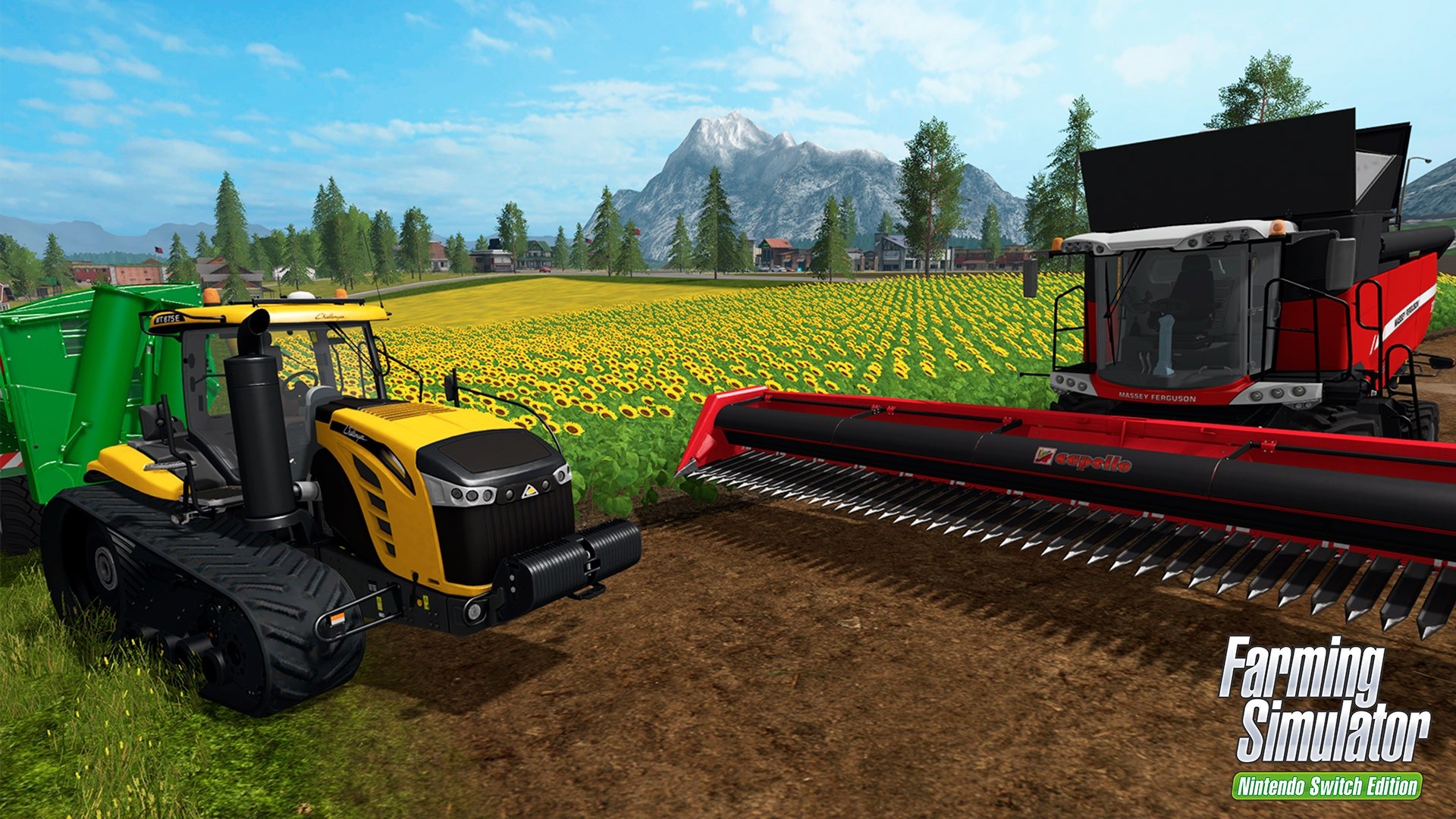 When you have a movie critic go to watch and analyze an art film, there’s a certain level of understanding that this might be a bit outside of the norm for that critic. After all, there’s a huge difference between movies and film. But you’re rarely going to get game critics who remain solely in their wheelhouse: that’s how stagnation, bias and generally shoddy writing show up. So, I took Farm Simulator for the Switch to be a challenge that surely I would be up for. And how very, very wrong I was.

First and foremost, you can’t really look for a story. This is a simulation game far beyond that of anything else. Instead of having a cruddy list of reasons why you’re doing something, Farm Simulator says, straight up, “Wanna farm? Good news, HERE YOU GO.” You can choose from three difficulties, with easy being “Well off farmer,” normal being “slightly in debt farmer” and hard being “Farmer in Hell with No Money and Everyone Hates Food.” Seriously, Hard felt more like Cruel when it came to setting up the game. I Completely lost hope when my fifth set of crops just withered and died on the stalk before I could do anything with them, not that it mattered since the market for anything I was growing was, simply, bad. 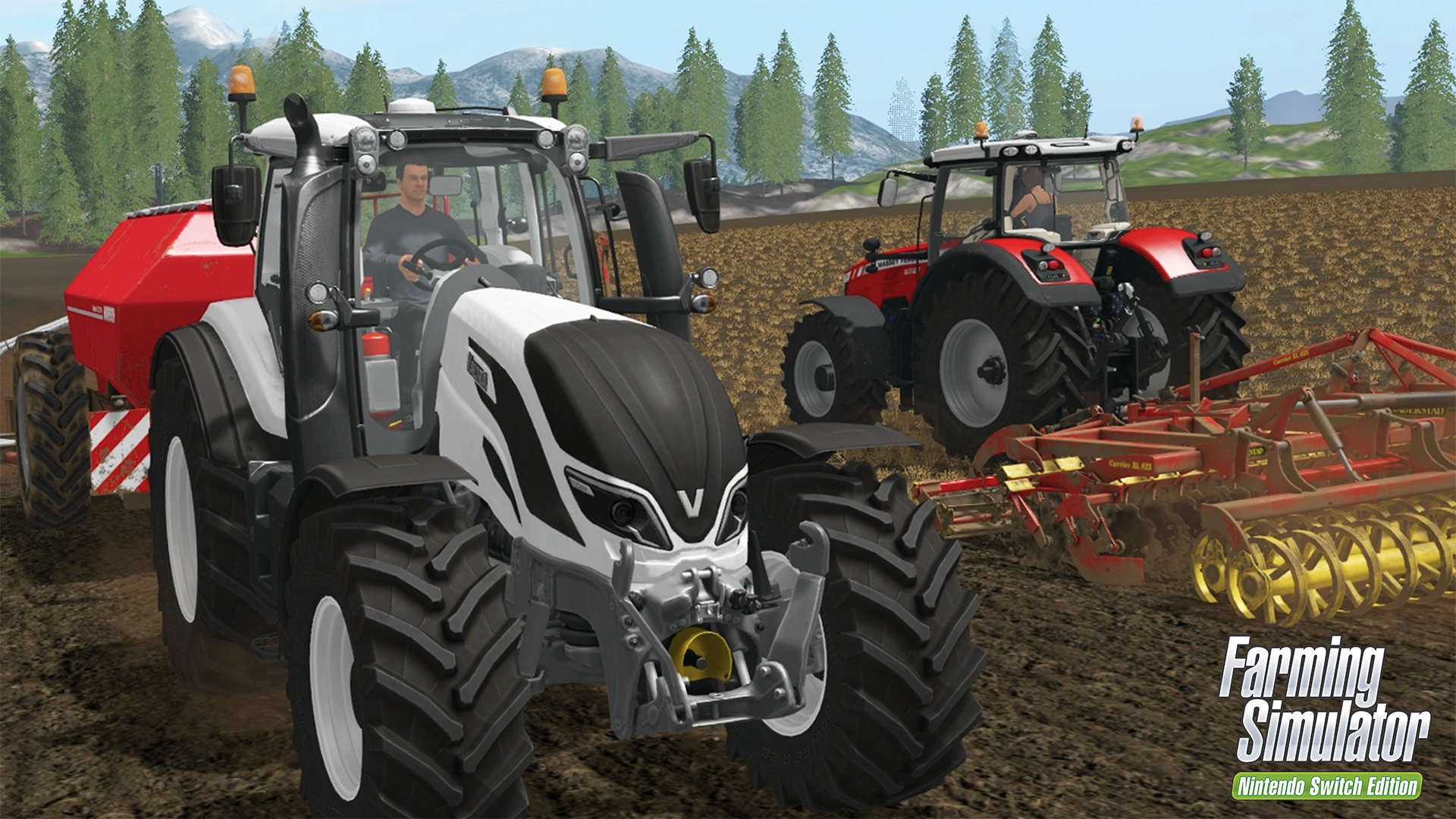 Now, if you’re looking to emulate the life of the farmer, and I mean really get into it without any other distractions, Farm Simulator is the way to go. It’s the Rolls Royce of playing a game where you work a job. I wasn’t totally aware of what went into growing crops: Stardew Valley gives you a little insight into it, but you quickly develop techniques and ideas that make things pass faster, not to mention you’re an adorable 16 bit sprite that moves at the speed of gaming. Farming Simulator is borderline agonizing in its accuracy. First, you need to till the field to make sure it’s properly enriched and ready for seeding. Then you drive the seeding truck around to plant. This is followed by WAITING FOREVER until the wheat flourishes, and then needing to drive the harvester over every single square inch to make sure you collect it all before weather, bugs or other terrible things ruin it. Then you get to put it in a grain silo, and wait till the market is right to sell it, but not too long. I’m sure I missed some detail there, because I have no doubt that, aside from actual machine knowledge, I have the gist of what i need to do to work a field now.

And that’s just one field. You’re going to have multiple crops, animals and acreage to cover once you really get going in Farm Simulator. The fields are so big they crest the horizon, and you can’t just drive like crazy in order to take care of things fast, because then you leave unsightly patches that not only don’t yield crops, but also are like lighting your money on fire. You can’t be some creative genius and just put a small crop of corn in the middle of your tomatoes, they have totally different water and bloom cycles and now you’ve doomed both of them. The large fields, unfortunately, point out some of the graphical flaws that happen in the game. When you have to harvest such wide areas, you end up with color and texture bleed that spills into already cleared rows of soil. In a game that’s so intent on maintaining it’s own reality and capturing the player’s attention, it really snaps you out of things. 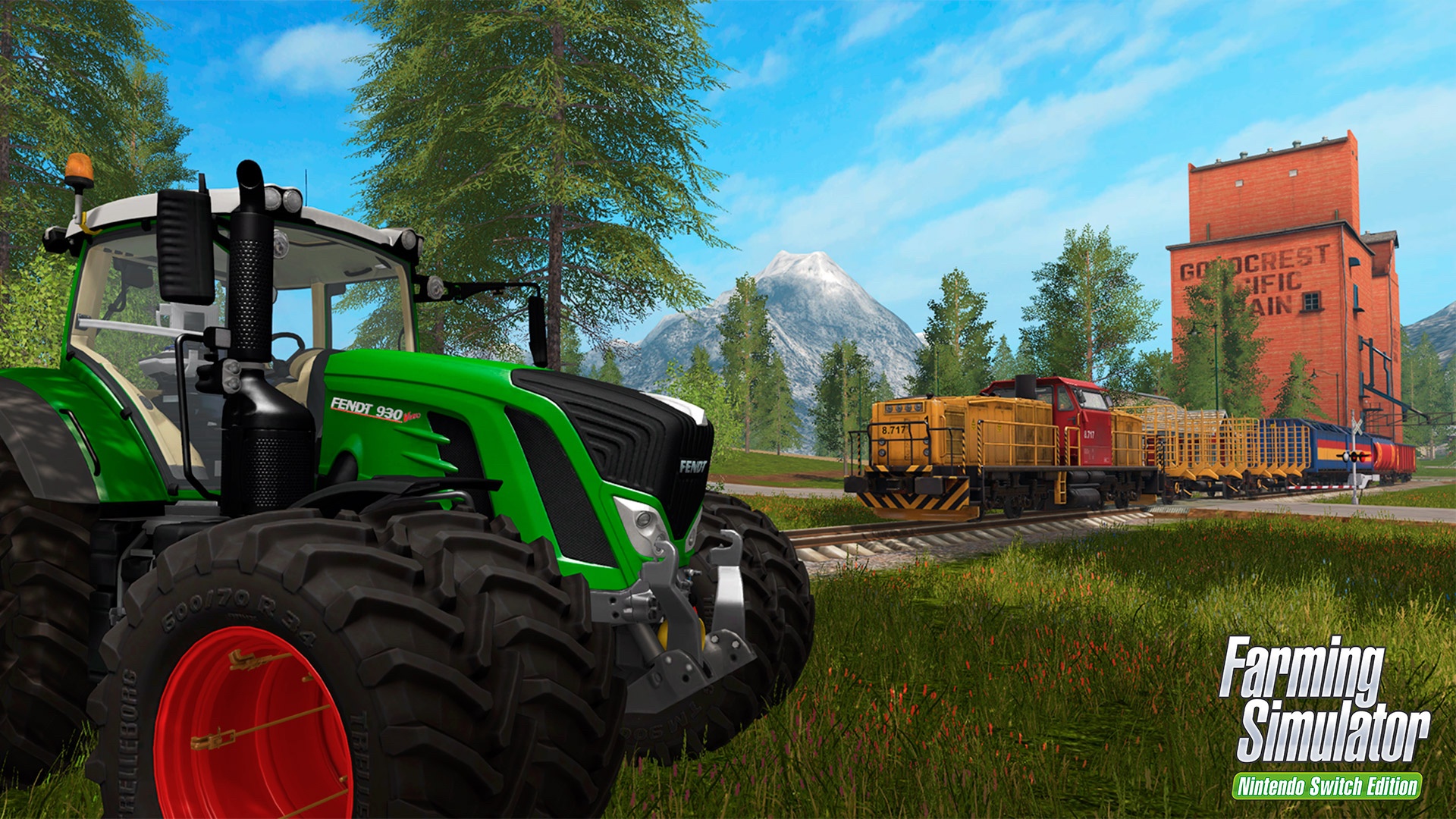 I also appreciate but somewhat resent the game’s steadfast ability to prevent shenanigans. Despite having multiple vehicles, you can’t initiate a GTA style rampage and go attack anyone or anything. Your pickup truck will bounce harmlessly off other objects without even a dent appearing. The pigs don’t care that you’ve tried to bring the thresher into the sty, you’re just wasting your time and theirs. A real farmer wouldn’t try and begin a pointless Texas Chainsaw Massacre from boredom, they would simply get in there and FARM, DAMMIT.
There’s an incredibly mellow soundtrack throughout, and it helps to punctuate what I can only imagine are the accurate noises and sounds of the farm. The machines all hum in different pitches, you feel like you can hear the grass grow, and I just wish there was a button to make the farmer hum a little tune while you play around. As it stands, I highly recommend making your own soundtrack of classic country music (Sara Evans is my go-to without being too old fashioned) and strap in for the ride (?) of your life.

I did hours of farming and I know I’m not even close to completing the game, but I feel like I got a fair shake of what’s needed to be done. This is one of those things like when you accidentally wander down the wrong aisle in an adult entertainment store and just marvel at the number of (insert dirty item) here that the store carries. You’ve never used one, but the selection and variety tells you that someone, many someones, do, and they enjoy it and perhaps it’s their main thing. That’s how I feel about Farm Simulator, without being derogatory. I admire and applaud the sheer effort and amount of detail that’s gone into the creation of this game, and I know that there’s a few city folk who dream of a simple life who can’t wait to have this game. Being the first of it’s kind on the Switch, I can only wish happy trails to whomever decides to use this game as their ultimate escape from a terrible life of trading stocks on a boat. I probably won’t come back this way, but it’s been an interesting trip, to be sure.