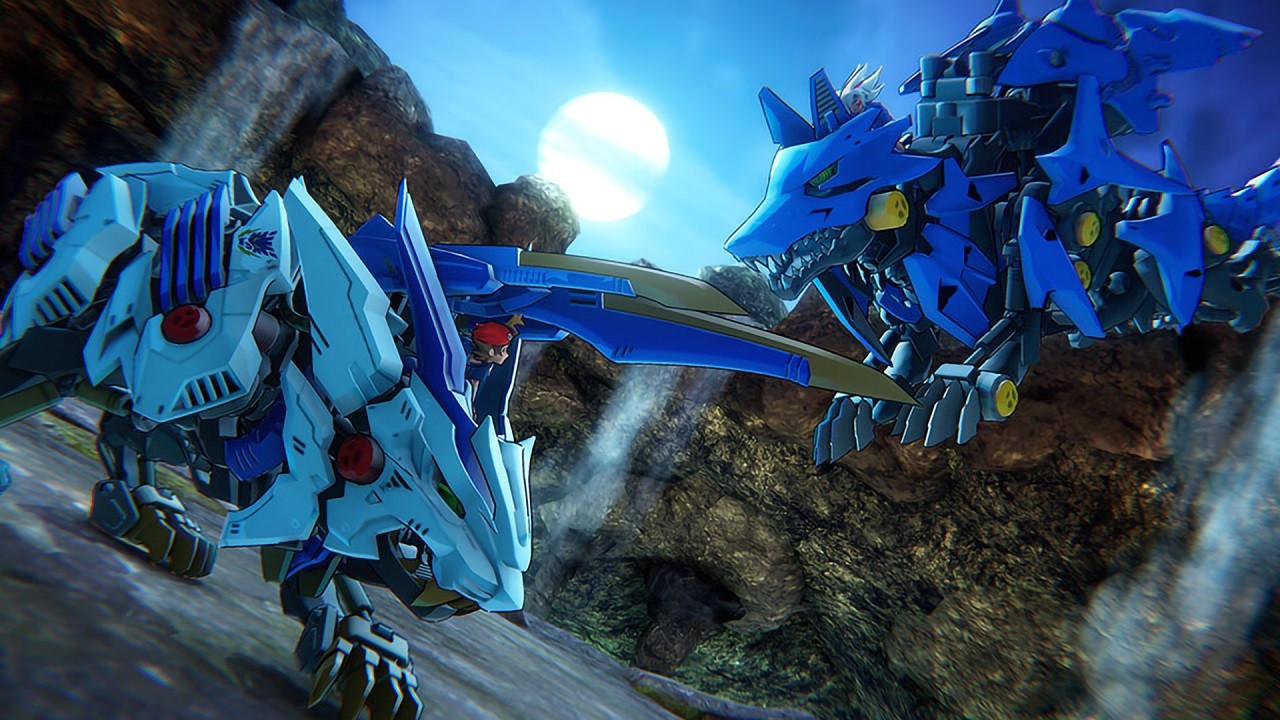 Zoids Wild: Blast Unleashed is an anime and manga based game where giant robots fight each other, controlled by youngsters on their backs. I confess that I never watched this TV series, even though it was an age when I was still amazed by several anime (early 2000s), such as Beyblade, Naruto, One Piece, etc. These franchises certainly still sell me games nowadays, precisely because of my attachment to them and moments of nostalgia that remind me of watching the anime. So, I faced Zoids Wild: Blast Unleashed with a totally open mind, without any knowledge of the universe, with the intention of testing and seeing if it’s really possible to have fun without a love for the original work, or any kind of knowledge about its content.

When it comes to story, Zoids Wild: Blast Unleashed introduces the player to the storyline in a simple and very static way in Campaign mode, through text conversations and the avatars of the respective talking characters above. Progress is made by selecting missions, battling other robots from the enemy and related factions, winning and selecting the next mission through a menu looking system. Through the victories in the campaign, new characters (robots) are unlocked to be used in Free mode, where you fight against a friend on the same console (local multiplayer) or against another character controlled by artificial intelligence.

The robots’ designs are amazing, and all of them are based on living beings like insects, animals and even dinosaurs. I must say that the 3D model of each robot developed here got me at first contact, featuring a character design that I could compare even to the Transformers franchise. The gameplay is also not left behind and puts the player in closed arenas to fight against his opponents, reminding me superficially of the Naruto Ultimate Ninja Storm game franchise, in which we also fight in confined places without much interaction with the scenario. 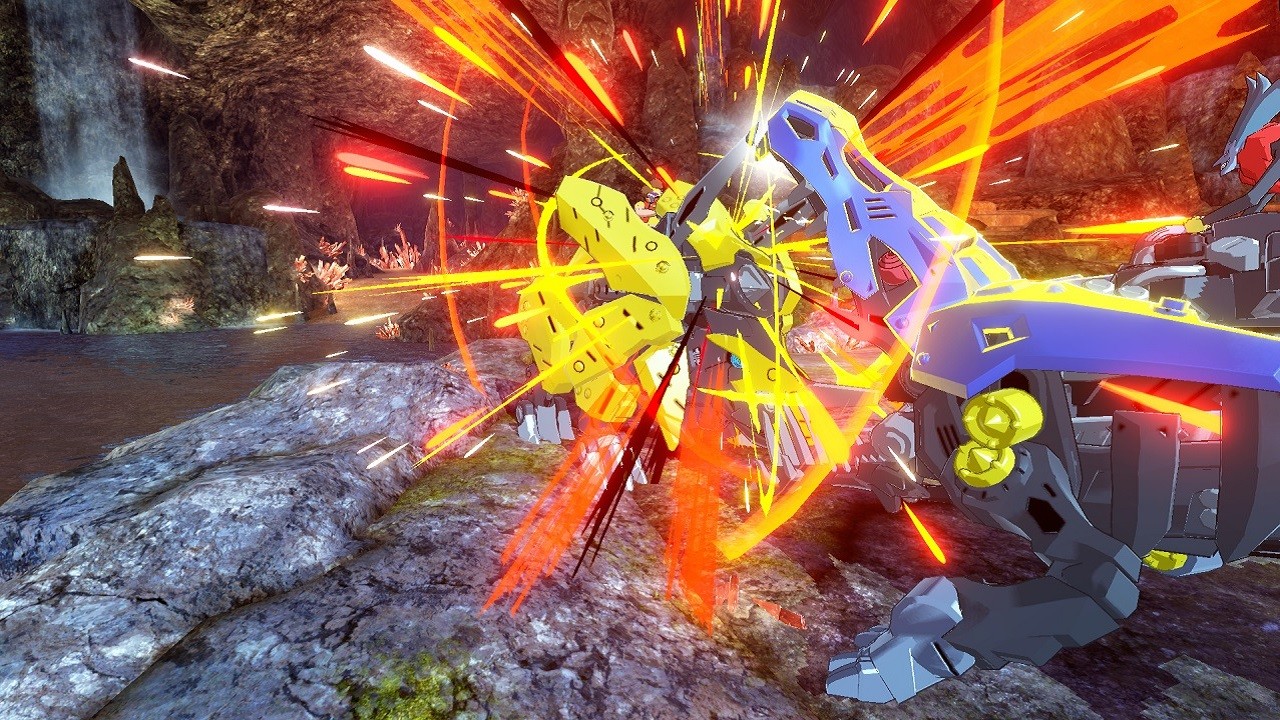 However, after so many compliments, as much as Zoids Wild: Blast Unleashed may sound like a wonderful game and full of content… it unfortunately is not. Like the games mentioned in Naruto, Zoids Wild: Blast Unleashed has a limited number of moves to be used. It is the typical game where you play with only one character and already manage to dominate all the existing ones, since the gameplay of fighting has no variation and the commands are always the same. There are three face buttons that are used for attack and one for defence – which can also be used for dodging – an improved version of each one that consumes an energy bar tied to this specific attack and, finally, a mode that releases maximum power and can be used as soon as a bar is filled with successive attacks. At this time, maximized versions of each attack are also unlocked, which can be used until the end of the state of increased power in which the player is.

Again, all of this may seem like a lot of fun, but it’s a game that lacks soul at all. The battles are not at all exciting and always feels the same, the arenas are stupidly small – even smaller than Naruto Ultimate Ninja Storm – the blows don’t seem to fit together so well in the sequence of combos, and the songs, well … they are existing. The defence and dodge commands are also not as effective, and I constantly found myself failing to use them. 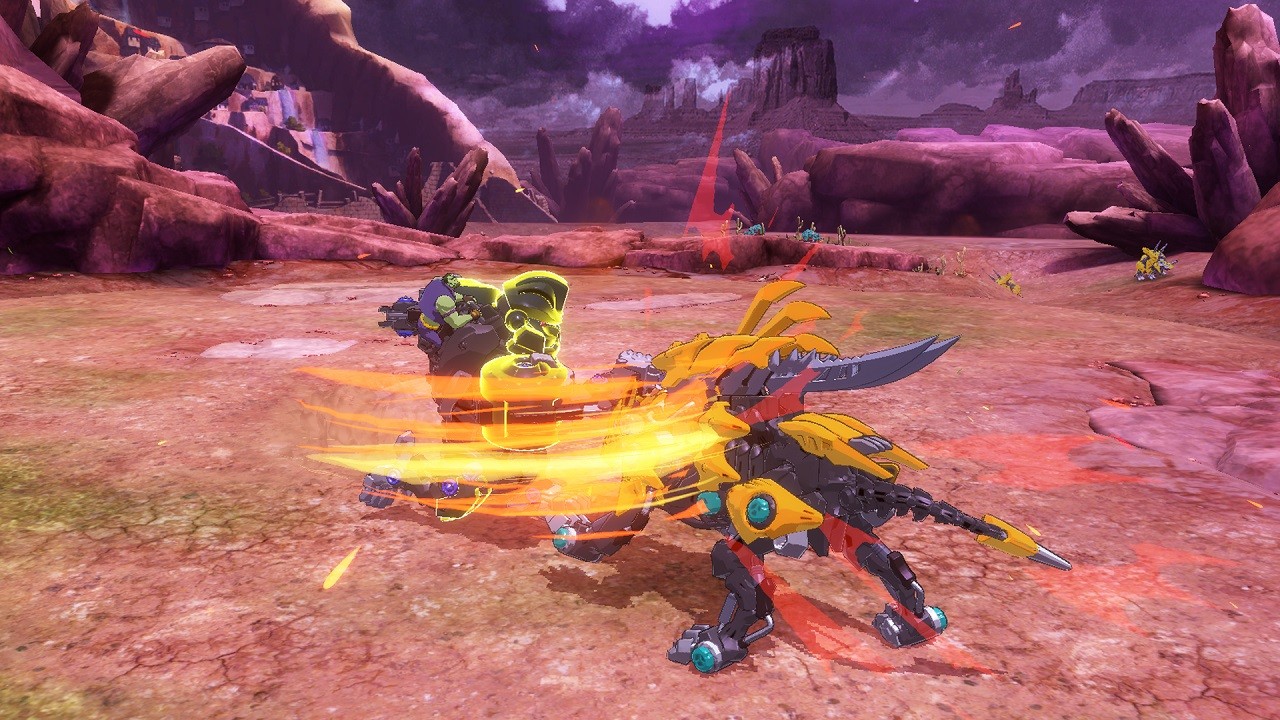 The biggest appeal of the game is to unlock the locked characters and nothing else. There are additional collectibles, such as gallery images (seriously, who wants that?), but nothing that really justifies the replay factor once all the roster is unlocked. Unfortunately, multiplayer is restricted to the local one, being able to play only on the same console against someone else. It was a very missed opportunity to create something with an online mode, private lobbies, ranked, etc. Not that I’m a huge fan of online modes in fighting games, but I like to know that the feature is there waiting for me if I want to use it any time.

The Switch version honestly cannot be recommended if you are the type who prefers to play in handheld mode. The graphics are terrible playing outside the Dock, and the resolution drops constantly, turning everything into a show of terrible images and 3D models. Performance at least remains stable, but I’m not exaggerating when I say that in Zoids Wild: Blast Unleashed is a visually bad game – and I’m not even that demanding. If you really want to play this game on the Switch, prefer to do that with it in the Dock or wait for a future update hoping to fix it.

Well, unfortunately Zoids Wild: Blast Unleashed had a lot of potential, but its repetitive and superficial struggles, the lack of an anime-worthy presentation and the absence of online mode made this game quite frustrating for me. I always value gameplay more than any deep or captivating story, but Zoids Wild: Blast Unleashed needs to do much more than deliver several characters that work in exactly the same way to catch me or deliver something truly remarkable. Meanwhile, I keep playing Naruto Ultimate Ninja Storm 4, which has a lot more personality and cutscenes that know how to get attention. Oh, I can’t forget about online mode.

Zoids Wild: Blast Unleashed had a lot of potential, but its repetitive and superficial struggles, the lack of an anime-worthy presentation and the absence of online mode made this game quite frustrating for me.