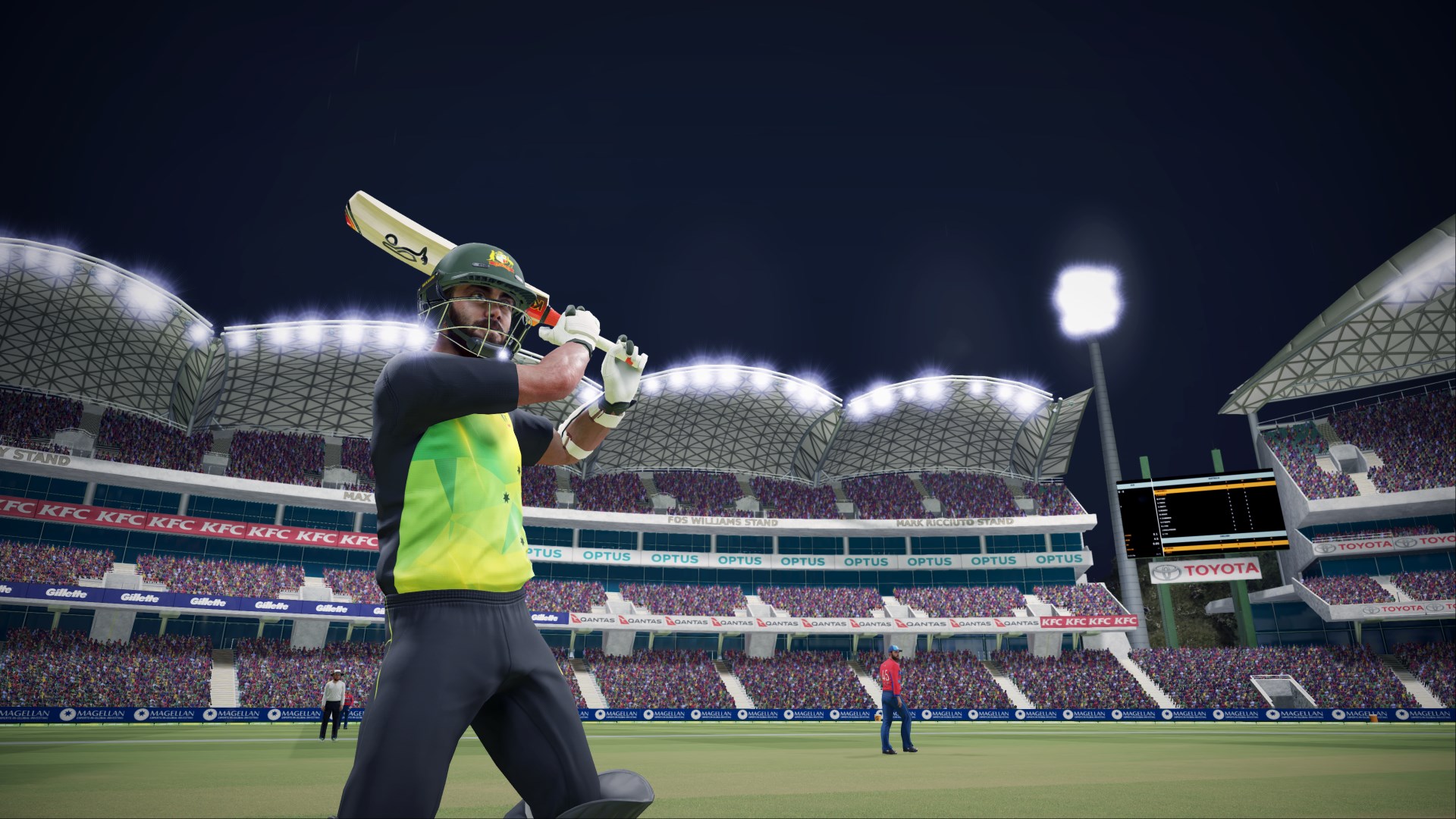 Brian Lara Cricket, what a game that was, i spent many an hour trying to take the wicket of some simply animated cricketers or attempting to sweep a six as the main man himself. Ashes Cricket is the latest to test the field as it introduces itself to the masses. The Ashes have just started so it’s release is perfect timing and Christmas is also coming up so it’s got the perfect opportunity to do well. Whilst some sports series name themselves after the sport such as NHL 18 and others choose a name to promote theirs like Madden 18, this cricket game has chosen to go with the most famous of all cricketing competitions aka the Ashes.

Ashes Cricket uses the Ashes license really well as players like Alistair Cook and Joe Root look a lot like their real world alternatives because you can tell they have been fully motion-captured to an excellent degree. You can play both the men and women 2017/18 Ashes tour along with other major tours which are coming up so that opens it up to a much larger share of the market than previous cricket titles. All the Australian Ashes stadiums have been replicated to a high level of detail whilst other grounds can be created using the custom editor, something i am sure will be used and shared by the community function that comes with Ashes Cricket. Batters and bowlers can suffer from a loss of form that hits their morale and it’s reflected in their performance. 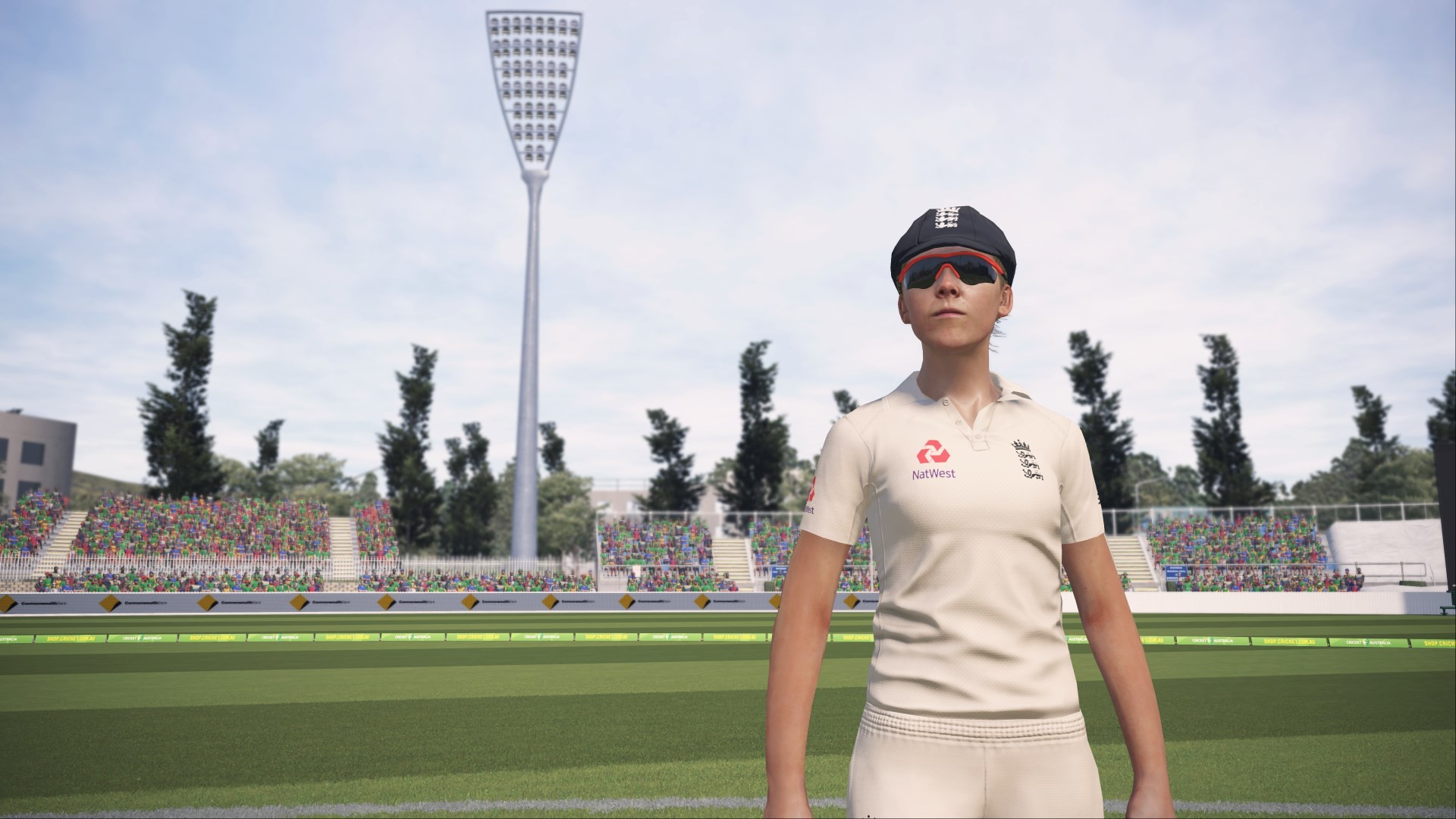 There’s quite an in-depth tutorial that helps you get to grips with Ashes Cricket. For the most part it’s fairly straightforward to play but i did find one issue. There’s a feature called ‘Reflex catching’, sometimes the ball is in the air and you have to move your fielder towards the ball before it hits the ground. Now all the other tutorials probably last less than an over depending on your ability, but for the most case the situation where you could ‘perform’ the desired move was set up. However, for the reflex catch the batters for several overs decided not to give me the opportunity to reflex catch the ball, they were either missing the ball on purpose or playing very defensive shots, it took nearly 20 overs to complete that particular tutorial, besides that slight annoyance the rest of the tutorial is very good at explaining what you need to do to do well.

Bowling can take a little getting used to as you need to understand that slight variances of where your pointing to throw the ball can greatly affect your delivery, for example throwing a googly but pitching it in completely the wrong area will lead to many wides being called, it’s a simple practice makes perfect process, but once you get it then you’ll find yourself mixing in several different deliveries. Batting is a little easier, again there are a variety of shots which can be used, you can move and plant your feet in different areas, you can play more aggressive shots that are risky to hit but the rewards can be great and different batting positions can be employed. Fielding is fairly self-explanatory, you’ll get more joy setting up your field and rejoicing when your tactics pay off. The opposition AI will change the way they play if you’re excelling in certain areas whether that will be a delivery change or an amendment to their fielding. 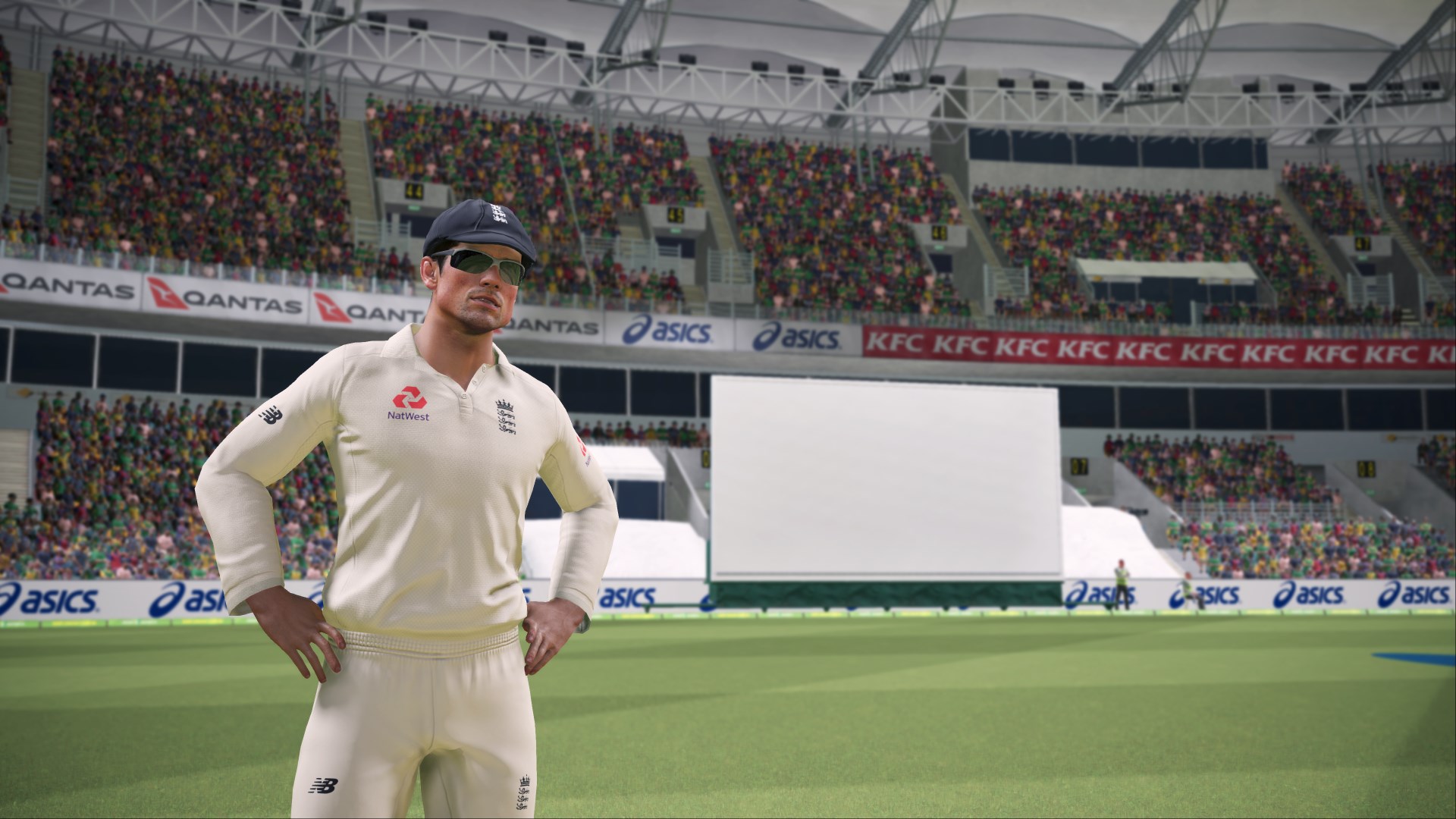 Cricket is a slow game so building a good atmosphere is key to becoming involved in the spectacle, the crowd noises in Ashes Cricket really make it feel like your there. As more wickets drop or someone hits a boundary the crowd cheer and it adds a lot to Ashes Cricket. Unfortunately the commentary is not good as Michael Slater, former English batsman James Taylor and Aussie Mel Jones appear to take it in turn to say something unrelated to the unfolding action. The rest of the sounds employed whether it’s the fielding team shouting ‘Howzat’ or hitting a sweet six at The Gabba come across really well. If you don’t fancy hitting every ball then you can simulate games which is an appreciated inclusion, you can simulate an over or until the next wicket is taken, alternatively you can simulate the whole Ashes tours but that means you’re not actually playing Ashes Cricket as it should be played!

Ashes Cricket is not only a good cricket game it’s one of the better sports games out there. Whilst Ashes Cricket is not the slickest or more professional looking title when compared to EA sports titles there’s a lot on offer and fans of cricket will love this. Ashes Cricket hasn’t quite whitewashed it’s competitors but it’s definitely winning by an innings. Hopefully Ashes Cricket is the building block to a future series of excellent titles.