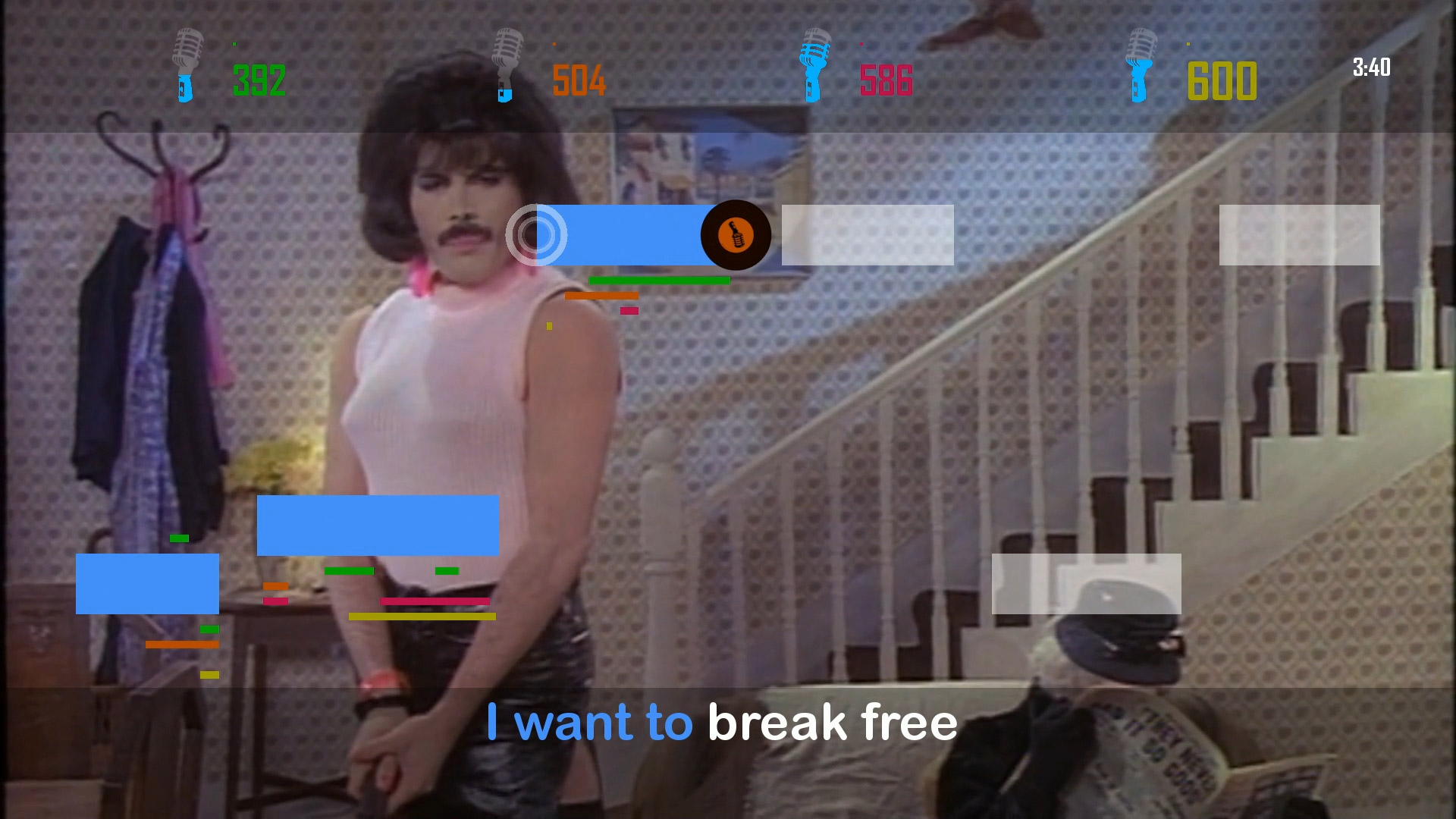 It’s coming up to that time of year again where Christmas is just around the corner and you know you’ll be having friends and family around for some partying shenanigans. After a few mulled wines you may be asked to put on some competitive karaoke after the board games have been played. This is where We Sing Pop may come into your thinking. In the past you’ve sang with the Singstar series and tried raising a few a notes with Now That’s What I Call Sing, now We Sing Pop is entering the holiday charts.

A genre like the karaoke genre you would think would be more popular that it currently is but  for some reason nothing has ever hit the heights of the popularity of the Singstar series. We Sing Pop has 30 tunes on offer to contend with, they are; ABBA: Mamma mia, Alan Walker: Faded, Avicii: Hey Brother, B-52’s: Love Shack, Bastille: Pompeii, B.o.B ft. Hayley Williams: Airplanes, Bruno Mars: Just the Way You Are, Calvin Harris: Summer, Calvin Harris & The Disciples: How Deep Is Your Love, Christine & the Queens: Tilted, Clean Bandit ft. Jess Glynne: Rather Be, Clean Bandit ft. Sean Paul & Anne-Marie: Rockabye, Coldplay: Adventure Of A lifetime, Coldplay ft. Beyoncé: Hymn For The Weekend, Ellie Goulding: Burn, George Ezra: Budapest, George Michael: Faith, Jason Derulo: Want To Want Me, Jonas Blue ft. JP Cooper: Perfect Strangers, Kygo ft. Conrad Sewell: Firestone, Lorde: Green Light, Meghan Trainor: All About That Bass, Nico and Vinz: Am I Wrong?, OutKast: Hey Ya!, Queen: I Want To Break Free, Scissor Sisters: I Don’t Feel Like Dancin’, Sia ft. Sean Paul: Cheap Thrills, The Chainsmokers & Coldplay: Something Just Like This, Wham!: Wake Me Up Before You Go-Go, Zara Larsson: Lush Life. So it’s a limited but good mix of recent and older hits. 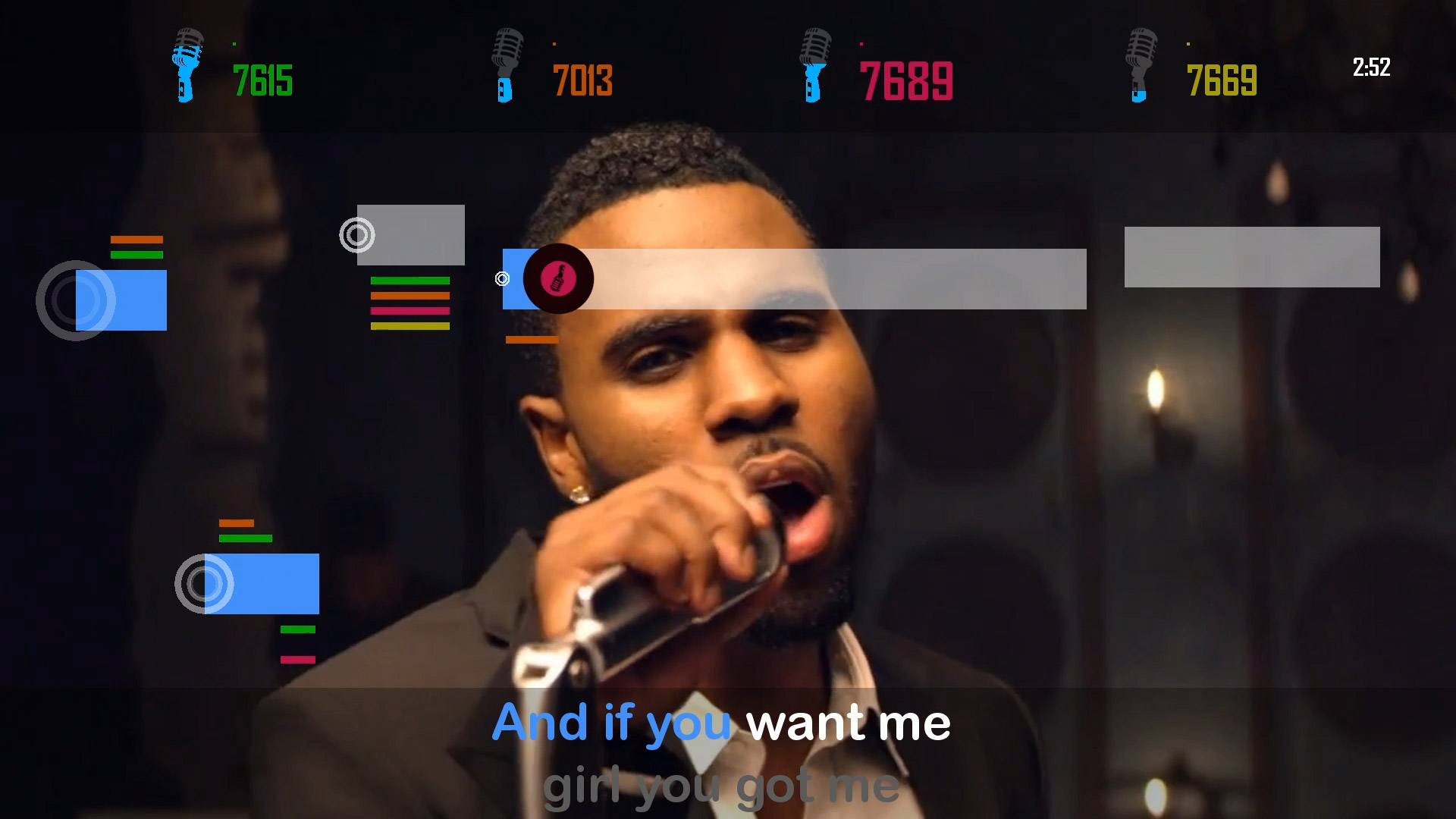 What would be a good idea is if these kind of games had a deal with the music companies so new songs could be added as that would surely increase the replayability of the title but it’s something that has never really happened. Other titles have had downloadable content released but never a great amount which is a shame.

We Sing Pop doesn’t have many modes to play when compared to other titles like Singstar and Let’s Sing 2108. The modes include single player, 4 player multiplayer and karaoke, these have few variations such as two different difficulty levels and deciding on the vocal or instrumental versions of the songs. We Sing Pop has a really fun and energetic start but this lack of modes takes alot of depth away from it. Considering the limited amount of songs on offer, the modes are where the real investment can be but unfortunately it’s just a small list to play with. 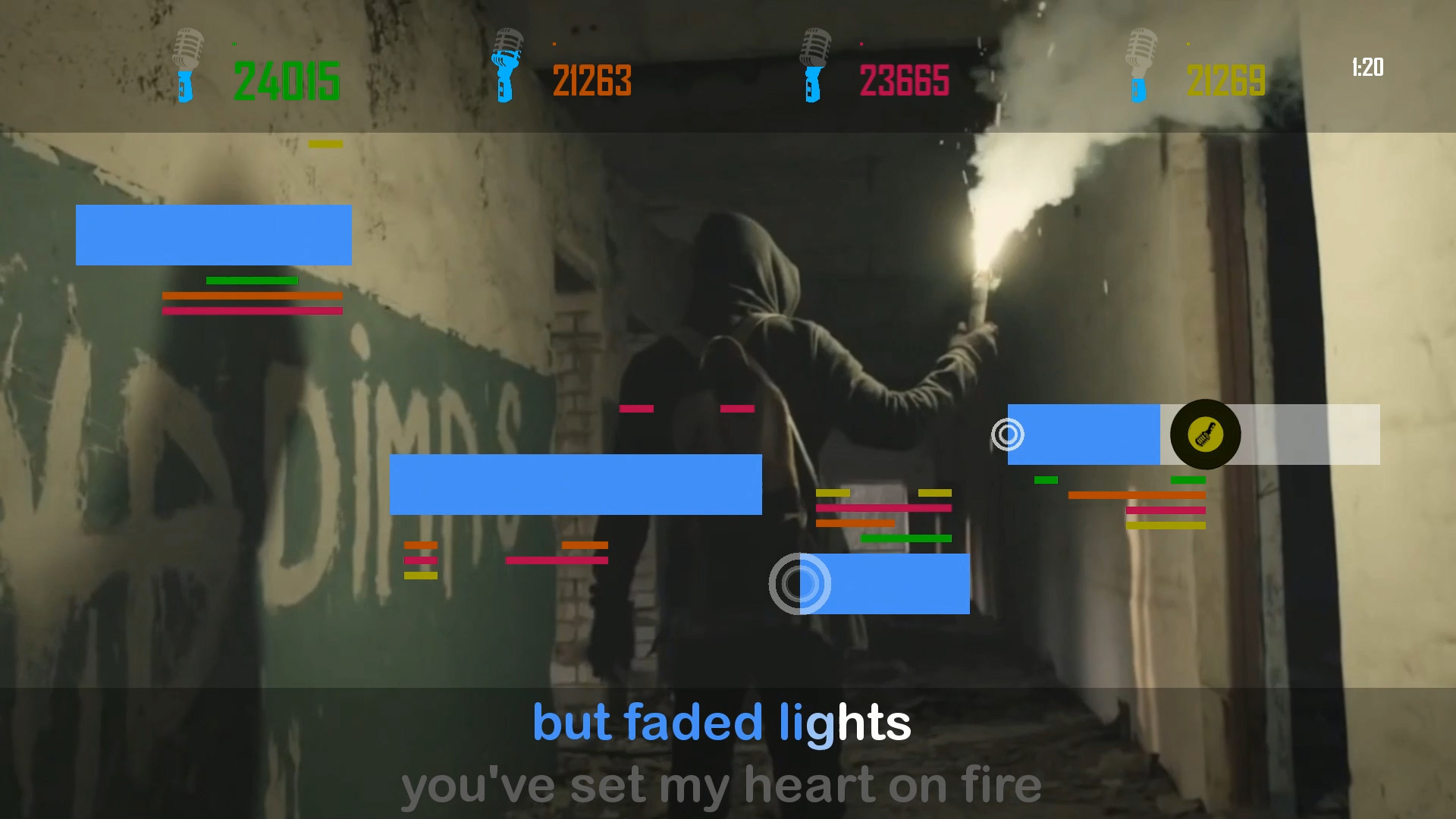 The music videos all come across looking great on the screen whilst the quality of the sound is excellent. There were no technical issues, no missed notes or incorrect calls on how your pitch is. The bars fill the screen in a clear and concise manner whilst the words (if chosen) appear clearly at the bottom of the music video with helpful guide. At the end of a song you see your score and an image that reflects your ability such as a star or a tomato. There are online leaderboards where you can submit your scores.

We Sing Pop is a fun but limited game. There’s a reasonable range of songs on offer but there’s no DLC at the moment, there’s only so many times you can sing Outkast’s Hey Ya. It’s simple interface makes We Sing Pop an addition to the party games you may want to put on. Hopefully moving forward some DLC will be released to increase the library and a few more modes would help give We Sing Pop alot more replay value. We Sing Pop is not quite a number one hit for Christmas but definitely a top ten title with some potential for future glory.