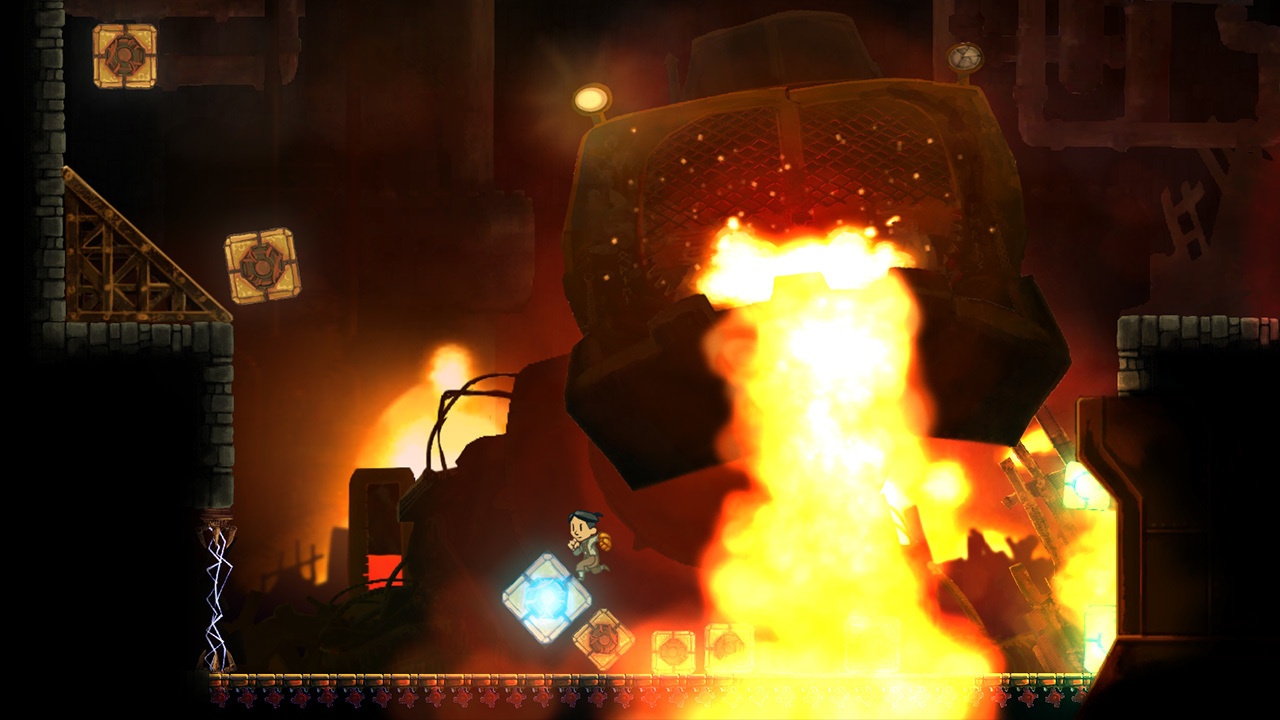 One thing that’s great about a wordless story is how the audience is allowed to interpret the tale as it unfolds. The wonderful thing about classic art forms, like ballet, specifically, is that the music and the motion conveys the tale to those witnessing, but it really is a matter of opinion as to how you take in that information. Part of the experience is slightly ruined because, well, the creators often need to make sure you “get it,” and that means shooting off at the mouth and ruining any sort of interpretation that the layman may otherwise be able to grasp themselves. So, if you really go hunting for the story of Teslagrad, you’ll find it, but, if you stay away from spoilers, you’ll find quite the tale unfolds before you.

Teslagrad is one of the later entries into what I like to think of as the silver age of indie gaming. Outside of some of the pioneers of the current state, Teslagrad, nevertheless, was a singular vision by Rain Games and got brought to life on the Steam storefront in a most fascinating and bizarre setting. Without much explanation, we see a man essentially abandon a family, watch a young boy grow up, and then have to bear him fleeing in the rain, in the night, from an unknown group of soldiers intent on capturing him. The boy eventually finds sanctuary inside of an unknown castle and, slowly, begins to realize there is something awfully peculiar about this fortress. The presence of electricity and borderline wizardry is compelling and frightening, and the boy, for whatever reason, is attuned to the elements surrounding him. Without a word being uttered, our hero ventures deeper inside, knowing the outside world is looking for his head, so, whatever else could be in here, at least it’s not certain death. 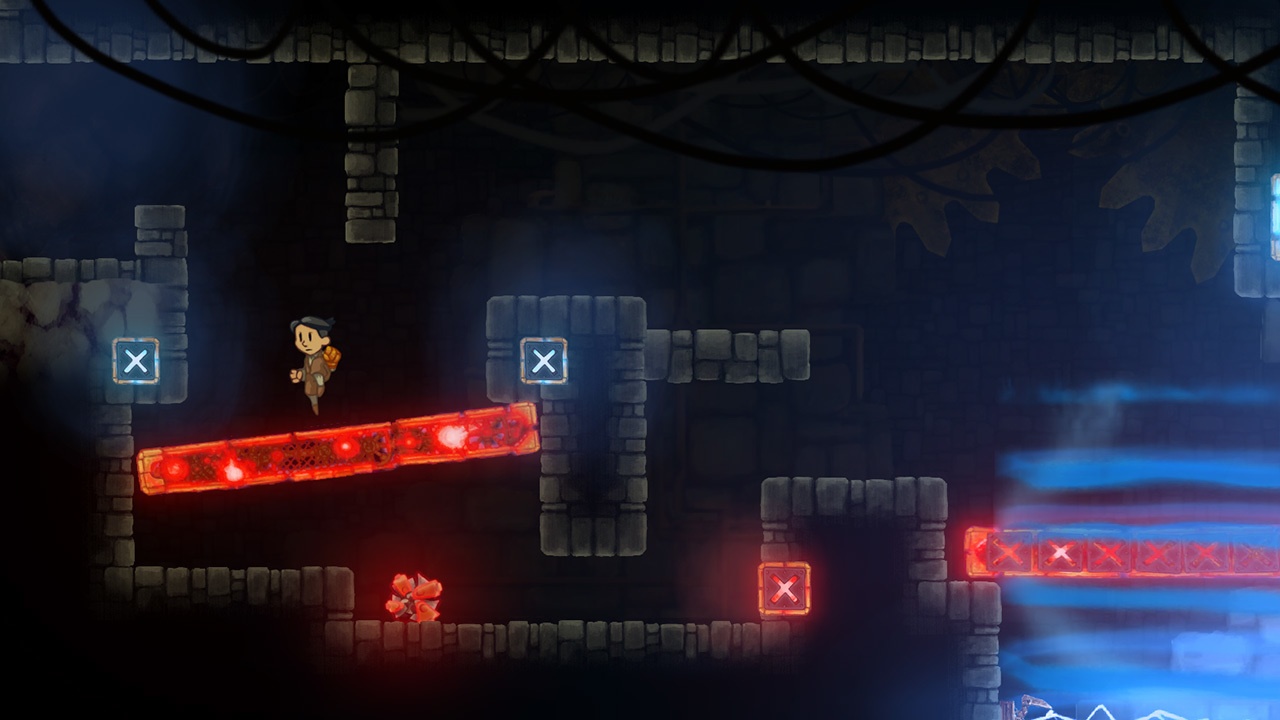 Teslagrad is somewhere between a platformer, a puzzler and a dash of metrovania mixed in. I say only a dash because there isn’t a ton of backtracking, although the thorough player would do well to at least dig a little deeper into the world around them. Starting off with just a small bit of technology, the boy gradually finds more equipment and items to help fine-tune his abilities, eventually able to have bits of offensive electricity to throw himself, though most of the game relies on him figuring out what he needs to do to move forward. The castle is fraught with a ton of traps and machinations, most of which are not friendly, and the wrong move will result in your very instant and very explody death. There’s no penalty to losing a life other than needing to start a room over again (or, in some cases, starting a boss fight over) but you naturally would prefer to stay alive.

None of the puzzles should require a player to get out the protractor and crayons, but you’ll still need to slow down and think carefully about what may need to happen to advance to the next location. One of the main mechanics of Teslagrad is changing the polarity of some objects, either blue or red, to create magnetic fields and either levitate or ground things. Many of the first times that you dive into a room, you will absolutely make some mistakes, but most are forgivable and, at worst, will slow you down. Anytime you render the puzzle impossible you will also render yourself dead, so don’t stress too much about figuring out the correct way to move forward. Since Teslagrad came out about four years ago, there’s an abundance of walkthroughs and tutorials available online. Don’t look for them, the challenge and the payout is so much more satisfying to do on your own, and I promise you that, if you’ve done a few levels of Portal, you’ll be able to get through Teslagrad without losing hair or sleep.

The storyline element is essential to getting the most out of Teslagrad, because there are hidden items throughout the castle that need to be collected by those who are patient, curious and detail oriented. A couple of the scrolls you need are hiding in plain sight, but more than a few are tucked away and can only be found by figuring out some perceptively silly methodology. One scroll, for instance, can only be obtained after waiting long enough for a conveyor belt to suddenly kick out some debris, at which point you need to painstakingly guide the scrap metal through the level, under a small door and hit it just right to activate a hidden panel. Knowing EXACTLY where it is didn’t make it easier to do, and still took like a good ten minutes alone. But you need these scrolls. You can finish the game without them, sure, but it’s an empty, hollow moment that really makes the game feel cheap, and players who forego the scrolls will think the game, frankly, is shallow and boring. Getting about half of the scrolls nets you the “true” boss of the game, which at least gives you a more solid conclusion, and nailing all 36 reveals the full ending of the game, answering many questions (and creating a couple more) but leaving a serious sense of satisfaction that will be missing if you cheapen the experience by being impatient. 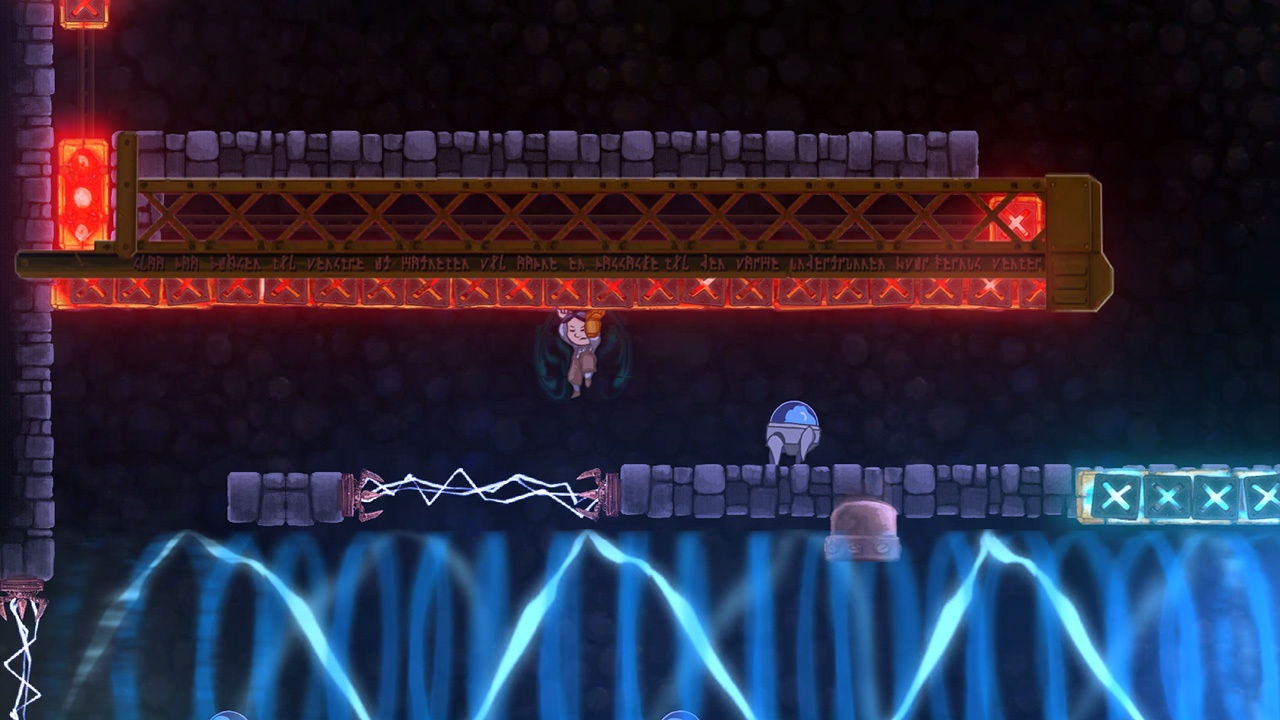 And there’s every incentive to keep going on through the journey that is Teslagrad anyways. Besides the well developed storyline, the castle itself is hand drawn and beautiful, and there’s a certain grace in how Teslagrad unfolds. There’s an argument that comes up between hand drawn and CGI animation, but I think the recent success of Cuphead eliminated any disagreements about the merits of the hand drawn style. Teslagrad successfully encapsulates the ideas of steampunk and the aesthetics therein without needing to fully rely on the entire concept. Far and away from Vaporum, Teslagrad gives this amazing feeling of being a story that exists within a steampunk universe, but is still set apart. Electricity is magic, and those wielding the powers of Edison are almost gods themselves. The rooms hum with intensity, and even the most minor of bosses, such as the furnace golem, tower over the hero with ferocity and doom. But the hero himself is well articulated so that he never comes across as stiff or, worse, cowardly. I didn’t care for how he looked in a certain parka that you come across (reminded me too much of an Ice Climber), but he’s still a great character overall.

Teslagrad may be a hard sell on the Nintendo Switch simply because it doesn’t bring any more to the table than it could to other systems. However, the core strength of the Switch – portable console gaming – might be enough to sway the thousands who now own Nintendo’s powerhouse but missed out on the Vita release. The puzzles are logically constructed, the game’s progression is fluid and natural, and the revelation of the story is top notch. I think this deserves a place in any indie collector’s library, and what better home for a game of electrical superiority than here, on the most magical of modern consoles?