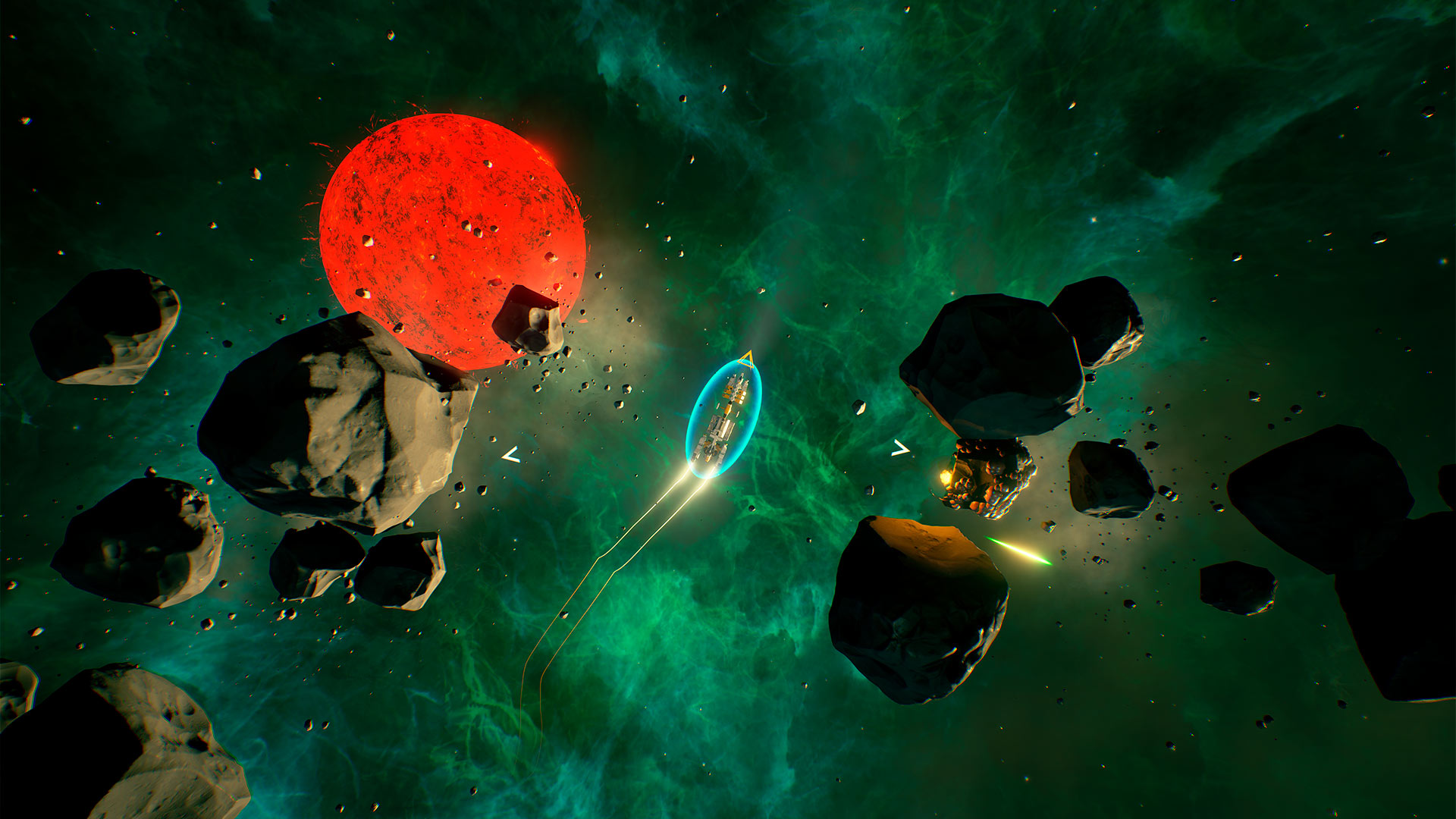 One small step for man… One long, dangerous and almost certain nerve-racking journey home. Welcome to The Long Journey Home, a game developed by Daedalic Entertainment, where the odds are stacked against you. Where each play through can be a different experience and a chance to learn something new. The Long Journey Home is a space adventure game, which is randomly generated each time you play.

At the start of the game you are able to select 4 lucky people who will be going into space, YAY… well maybe not so much yay. You see after that you select your ship and your lander, as well as a colour scheme from the couple the game offers. Then it’s off to start the journey, now at this point it is worth mentioning that before you start you are given a seed code. So if you note it down you can replay that particular generated space adventure.

The game has a two choices before starting and a couple of difficulty settings. You can decide if you wish to start from Earth, or start straight from the point where you are lost in space and must make your way back. I decided to start from Earth and decided to play on story mode (aka easy mode). As mentioned at the start, The Long Journey Home is a game where the odds are not in your favour. When everything seems to be going right, it can quickly go wrong and see your four lovely crew members die. Trust me it has happened to me a fair bit now.

Now, the first encounter that I had when playing this game with an alien race, was with them asking me if I would help them out and give them a slave. They were willing to pay me, but having just started the game I wasn’t really willing to give up one of my crew members. So I had no choice but to decline, thankfully nothing bad happened that time.

The game’s story is great. It is made so by the fact you never know what you are going to face, the aliens you will meet, and what kind of conversations will happen. For example, the second time I started my adventure, the first alien I was met by wanted me to appear on a show as their contestant. This because in their opinion we looked ugly. The game is made of random fun moments like this. It is also made up of tough times. 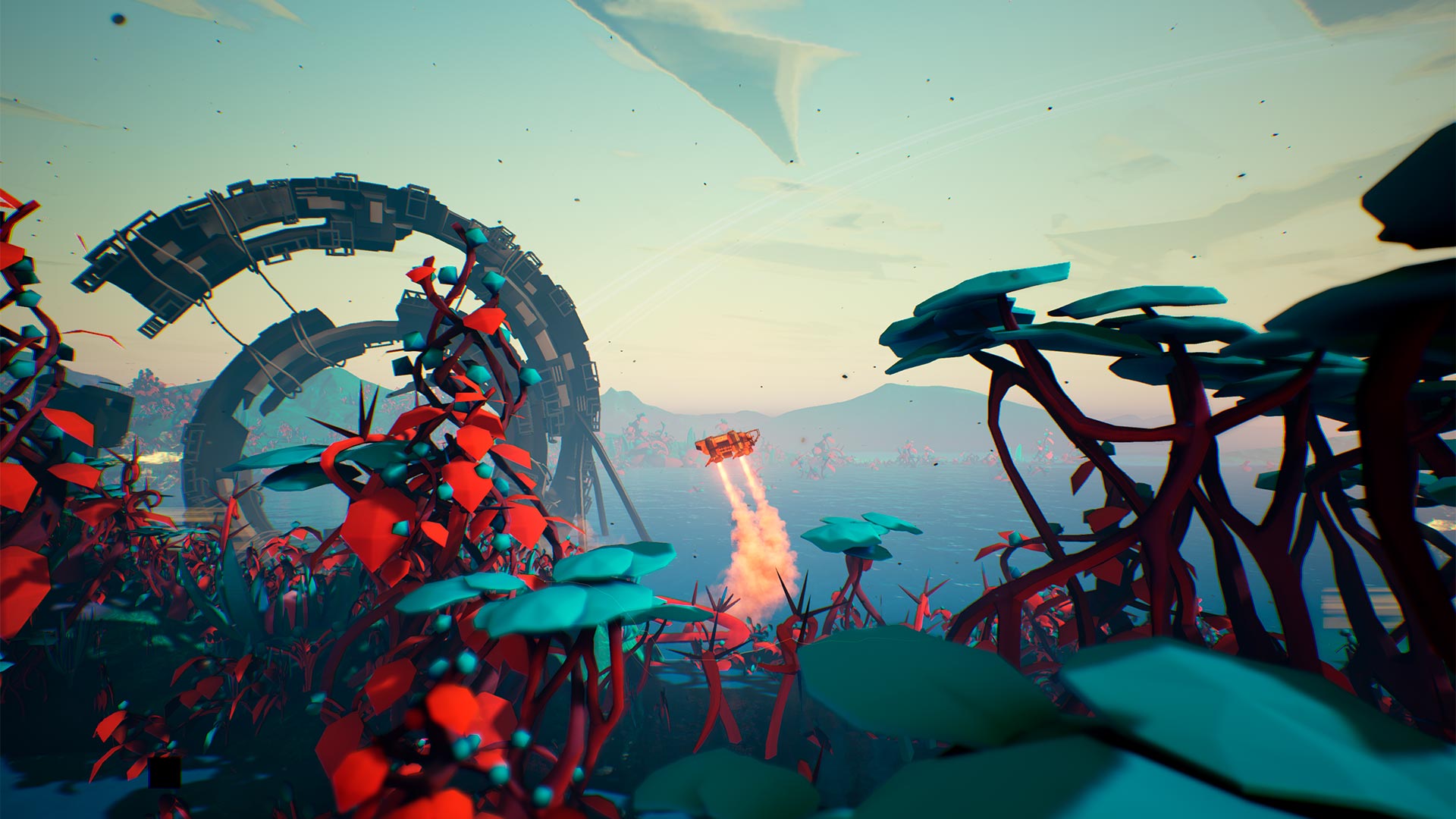 The idea is that you start in a point in space and travel through planetary systems. You will need to gather resources from planets, decide how you deal with any aliens that you run into, make sure you crew does not die, and make sure to keep your ship running. You see as you travel the ship will suffer from general wear and tear. This can get annoying, more so when you having to jump from system to system trying to find a planet to refuel, or find items that you can use to repair. There are merchants that you can trade with to get space currency to buy the items you need, that requires trading resources that you have gathered, and may need to use yourself.

The game is all about that resource management. Something that with each play through you will get a handle on more and more, but just be prepared to see crew members die from all sorts. In truth I’ve yet to get one of my crew home, but I will keep trying.

The game can be so much fun, but at times the encounters and the things going wrong when your already trying to deal with other issues can get annoying, and go from fun to trying to sort them out, to just plain feeling like the game does not want you getting home. For example I need fuel, I was starting to run low, and hardly any planets around me had any. Those that did were high risk, and my lander was already damaged. When I found a system that had a few planets with the resources I needed, I thought my luck was turning. It wasn’t, there was an alien race that hated me and kept approaching, I got in three fights. A ship dropped some fuel, when I selected a crew member to refuel the ship, he died. Turned out the injuries and the task took its toll. Leaving just one crew member that also died refuelling… what was in the fuel that alien dropped?? It seems when you’re focused on finding a particular resource, that’s when all the aliens want to say hi or fight you, or all the planets seem to be even more risky to land on.

There are also times I feel that this game missed a couple of opportunities. You see when I play Xcom, I am more tempted to keep a particular character alive when I have renamed them, and that’s something that maybe would have been nice here. To be able to rename the crew members that I have selected. Make them more personal to me, so I try harder to get them back home.

It’s like when flying through space and they make a comment. It means nothing because I have no controller over the crew, besides telling them what to do with an item. I would like to see the option to have more interaction with them, maybe something in the way of a moral system. Nothing to in-depth. Just something to make me get to know them more and make the ship feel more alive in away. Make sure two crew members don’t fallout, or that everyone is pulling their weight. 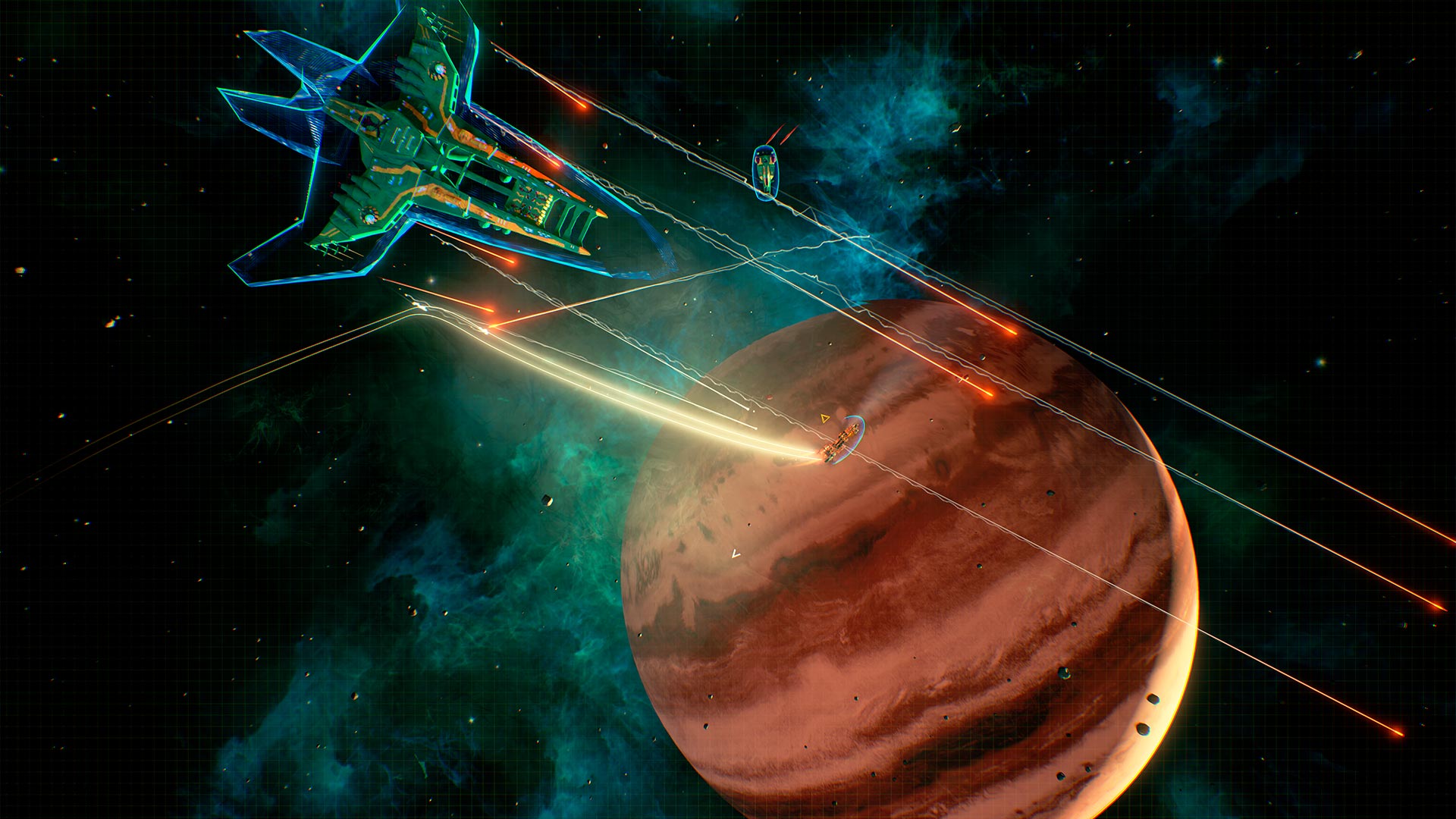 I also think back to the game This War of Mine, and how you could chance certain settings, like how long the you had to survive for, or how quickly winter came. Settings like these can add to games like this. Maybe allow players to decide how far from home they want to be, or how quick the ships general wear and tear is. Options that create a custom difficulty. It’s these small things that could add an extra layer to this game.

Like I say the game play is fun, just at times things can get a little annoying. More so when you just want to reach a particular planet or get a certain resource. Getting interrupted by aliens or other issues can take the fun out of whether you will make it home or not.

The controls for the game are another hit and miss. There are times when trying to control the ship feels like a real struggle, and I am not talking when I am landing on planet designed to do that. Just when flying through an asteroid field, or wanting to dock. It at times seemed like a fight to get around. Now I say hit and miss because there are times this can add to the experience. Only a small amount of times did trying to steer my ship annoy me, so it something that maybe a little tweaking would sort out.

The game has a rather lovely look to it. When drifting around space it seemed so peaceful, so relaxing. The soundtrack along with it made everything seem okay, despite me knowing at some point I am going to make a wrong choice, but for now it let me believe I can make it home. Sometimes it’s also a game where when you’re drifting through space having your own music on can be rather fun. Trying to pick out a selection of music you think your crew might have on-board the ship.

Depending on what you are doing will depend on what you see. If you are just travelling from planet to planet you will be an arrow, which is not really appealing to look at. However the background of colour is. If you are farming resources then you see your lander from a 2D side view. While if you are flying through an asteroid field, dealing with an encounter, or docking at a space station as well as some other things, it’s a kind of top down view of your ship. This is what I found weird. Why couldn’t I get the top down view of the ship when flying from planet to planet?

Overall The Long Journey Home is a fun game, one that I will be going back to in the hope of getting the crew home alive, ideally as well all 4 members. The interactions you have along the way are so fun, and make you wonder what is happening in a good way. The way that you know that the choices you make, may mean the journey could end sooner rather than later, or that this may just be the time that the crew can and will make it home. There is very little that is truly wrong with this game in my opinion, just the controls, and how at times it seems like everything seems to go wrong at the same time. This did get annoying sometimes. However it is more a case of missed opportunities to add to the experience, and make you connect more with the crew, and want to make sure that you truly care about getting them home. Daedalic Entertainment have done a good job here in creating a game that you can come back to, and where you are never sure what you will face along the way, and if you will even make it make home.

The Long Journey Home is a fun game, one that I will be going back to in the hope of getting the crew home alive, ideally as well all 4 members.