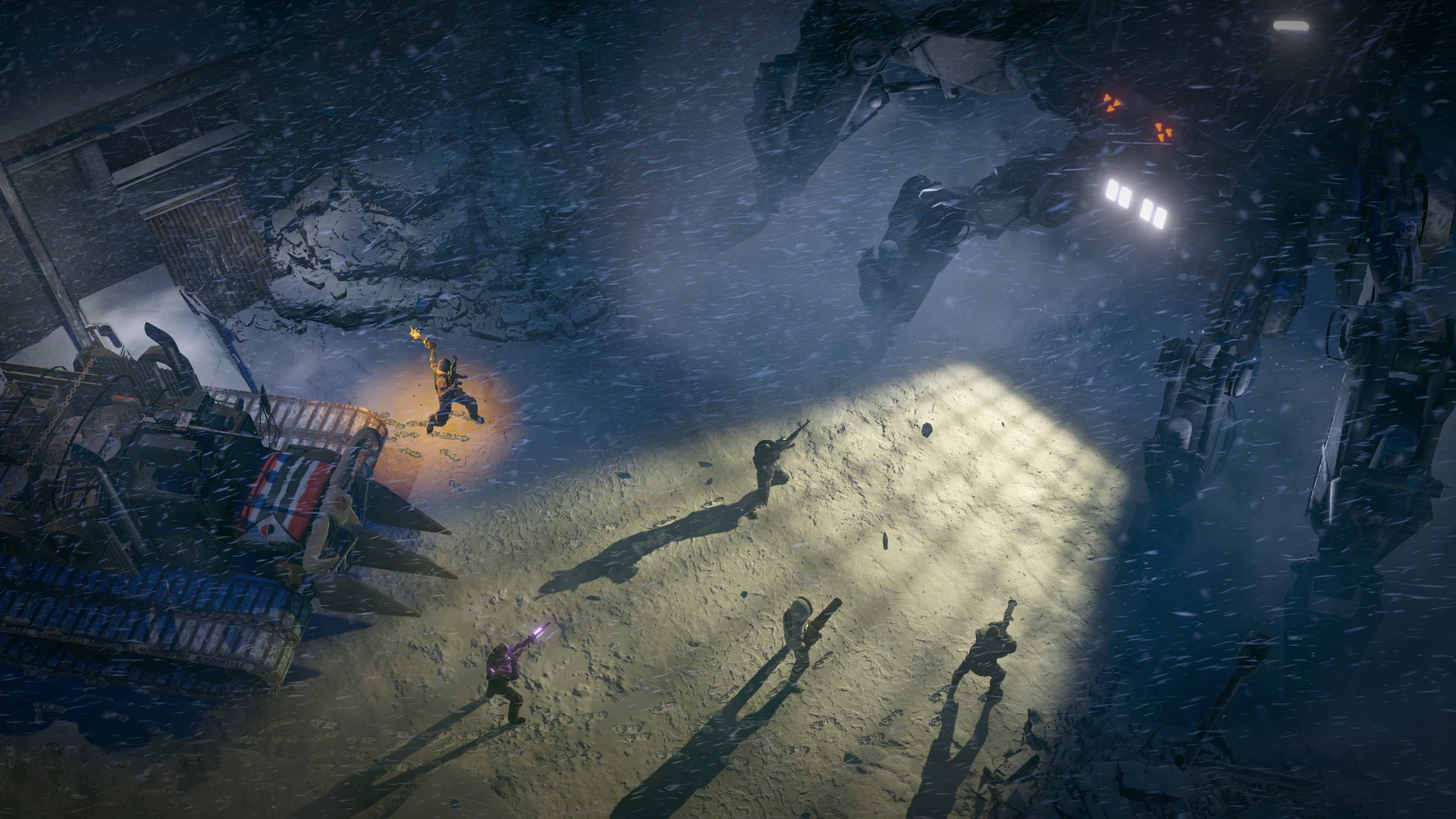 In Wasteland 3 the Rangers seek the aid of the Patriarch, a man who owns Colorado, hoping to rebuild Arizona in the wake of the events of Wasteland 2. Unfortunately, as the saying goes: the best-laid plans of mice and men often go awry. Your convoy is blown to smithereens by a vicious band of degenerates known as the Dorsey, who, spoiler alert: you’ll go toe-to-toe with on many more occasions. Sprinkle in a bit of discord in the form of a familial civil war, reasons to distrust your seemingly benevolent benefactor, and the sometimes crippling weight of your own decisions and you’re in for a wild ride.

You don’t have to play the previous titles in order to enjoy this one, by the way, but I do recommend you play Wasteland 2 because it’s also a solid squad based RPG. Either way: welcome to the newly-frozen Wasteland, baby.

Colorado is just the first step in your tour of post-apocalyptic America. By loading into the Kodiak, which can be upgraded once you’ve got the right staff, you’re able to drive around the world map and visit other locations, including trade hubs, homesteads, other States, and unspoiled wilderness—each of which comes in the inhabited and abandoned varieties. Locations are a joy to explore thanks to flavour text displayed when interacting with objects that can be observed as well as commentary from NPCs that add a bit of noise to the background and make the world feel more lived in. Developer InXile Entertainment certainly has a way with words, and it shows in both the all-important dialogue choices as well as in the descriptions and narrative. Most of the dialogue in Wasteland 3 is voice acted, adding on an additional layer of polish and immersion. 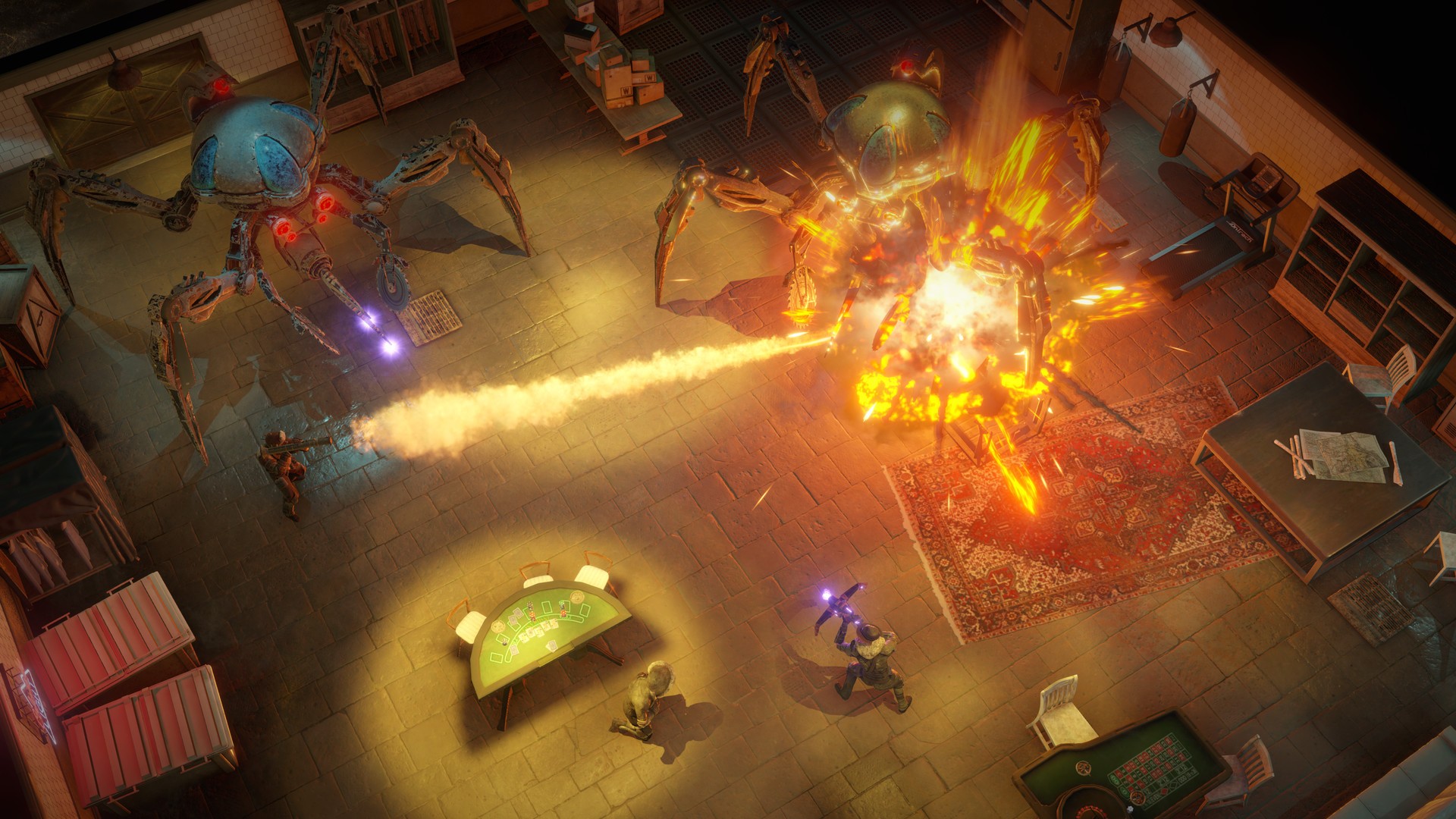 Combat is a large part of how you’ll spend your time in Wasteland 3, though there are plenty of ways to shorten and even avoid battles completely, depending on how you’ve spent your skill points. It turns out brute intimidation and brown nosing can take you pretty far in a world chock full of factions vying for dominance. During encounters, you’re given control of your player made characters as well as the companions you’ve recruited and turns are split into enemy, ally, and friendly phases. Throughout the enemy phase, you’ll watch as the opposition does its best to prematurely and violently end your adventure. The friendly phase allows units that you can’t control directly—things like domesticated critters and mounted turrets—to launch their own assaults. Then, once the ally phase rolls around, it’s your turn to unload some whup-ass.Wasteland 3’s combat takes place on a grid and each tile takes action points or AP to traverse. Other actions like attacking, defending, and using items also take AP and so strategically managing your points is the key to victory.

Your Rangers have two weapons at their disposal, a main and secondary, the type of which comes down to how you’ve built them. Anything from your standard issue pistol to a frozen ferret launcher (yes, you read that right) can be used so long as you have the appropriate skill level. Or even if you don’t; just know that there’s a penalty for using weapons without know-how and it can be pretty steep. Projected damage and hit rate can be viewed by placing your cursor over your target before committing to an attack, though some factors like the enemy’s armour and the luck of the critical damage RNG may make those numbers vary somewhat. Besides assailants being out for blood, the battlefield is littered with objects that can be used as cover, which increases defence and decreases the chances of being hit for whoever is within its protective shelter.

As characters gain experience and level up, they gain points for attributes, skills, and perks. Party management is a significant part of the Wasteland 3 strategy RPG experience and anyone who has poured over the finer details while building their own character for a tabletop RPG will understand what I mean. Any character can learn any skill, but failing to spread out your expertise across party members could mean you’ll be in a world of hurt when your one strong character falls in battle and you have to scramble to pick up the pieces. How you dole out skill points ultimately decides how you’re able to present yourself to and treat others. For example, you could blow the smug smirk off of a raider’s face or you could use the menace your points in Hard Ass grants you and tell him and his friends you’ll rip out his spine and use it to eviscerate each and every one of them, watch them scatter like roaches. The choice is yours. The sheer number of options in terms of combinations of quirks, perks, skills, and backgrounds makes it so that you could fully populate a small post apocalyptic settlement and not have any two individuals that are exactly the same. That’s a lot of possibilities. 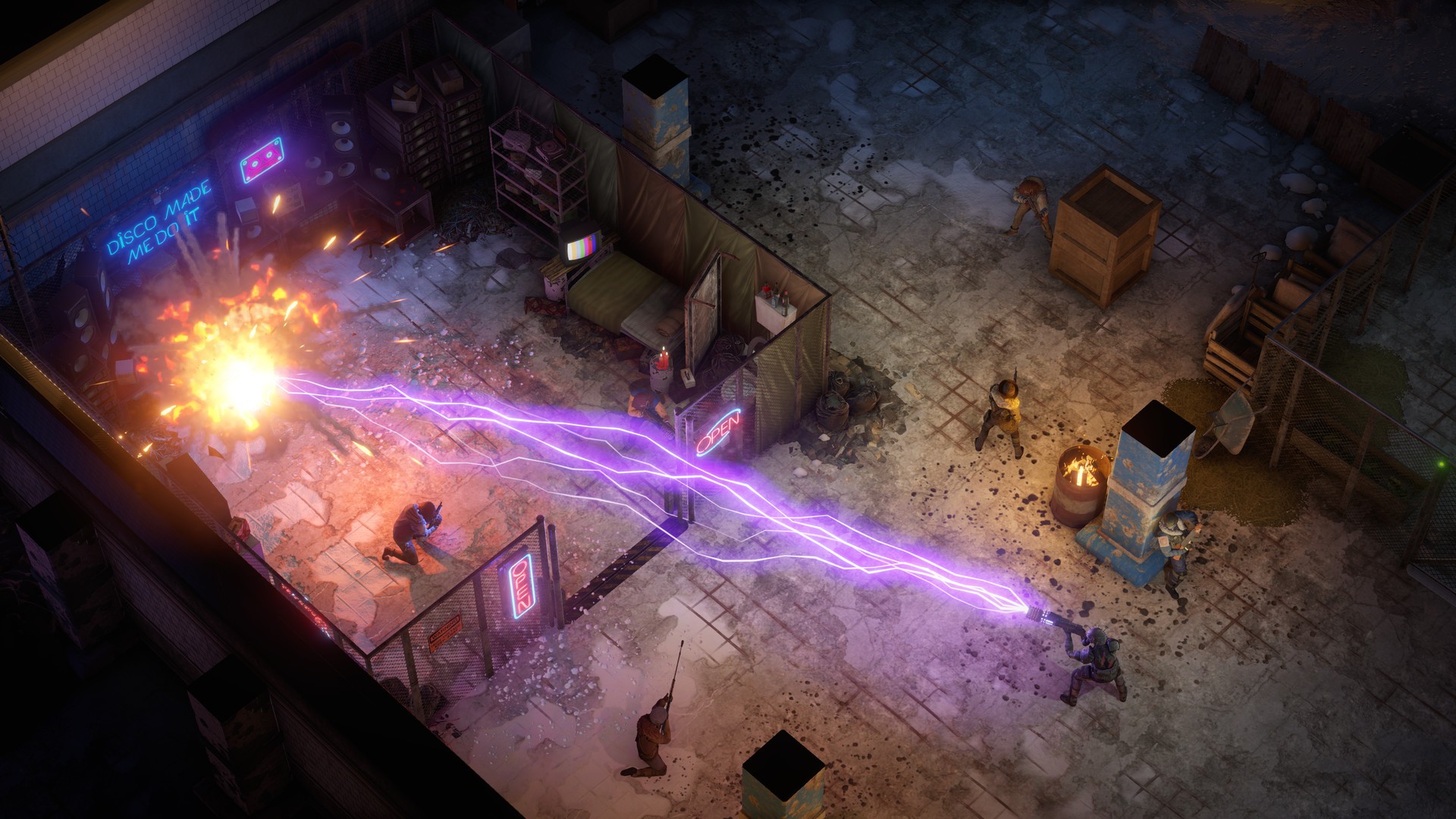 I’ve said it already, but Wasteland 3’s writing is fantastic. The dark humour permeates every tool, tip, tutorial, and item description and lead to an unexpected chuckle simply by scrolling through my inventory. Descriptive diction often sets the scene better than the chosen graphics engine can and, fitting of the grungy take-no-prisoners atmosphere, it’s littered with gratuitous expletives. As though the death and dying alone wasn’t enough to earn Wasteland 3‘s M rating. The graphics won’t wow anyone, neither will navigating the many, many menus, but it’s a small price to pay for the engaging narrative and challenging tactical gameplay. The music in Wasteland 3 runs the gamut from catchy indie rock, which seriously impressed me during the opening battles, to your typical adventure melodies. It really wasn’t something I picked up on, being somewhat of an audiophile, so it was nothing to write home about.

Unfortunately, this post apocalyptic journey isn’t all sunshine and rainbows. There are frequent, significantly long load screens, which detract from immersion. While that isn’t the end of the world for a more patient gamer, a game breaking bug where Wasteland 3 would crash during those load screens made the game virtually unplayable before a recent patch and likely soured the experience of those who bought the title early on. It was advised in the official forum of known issues moderated by the developer that you could turn off autosaving and it would fix the issue, but it was like putting a band-aid on a gaping wound. Post patch, Wasteland 3 is a lot more stable, but I’ve taken to leaving auto save off and just frequently utilizing the ability to quick save just in case. The UI is out of the way, which is great, but perhaps a bit too out of the way; the limited view of the mini map doesn’t help you navigate towns in the slightest, and fumbling through menu tabs to pull up the full-sized map is a hassle. There’s also the matter of decisions. Yes, there is plenty to make and, yes, sometimes they come back to bite you in the bum, but that’s not always the case. Sometimes, your choices seem meaningless in that you decide, whether because of morals or loyalty to a particular faction, and then get railroaded into a different outcome because that’s what the narrative requires. I’d rather just not have an option than have my choices be discounted, but that’s just me.

I unfortunately could not play multiplayer, so I have no comment on it, but I did like that you and your Co-op partner could act separately. That is to say, the decisions you make don’t have to align with your Co-op partners’ and you can pretty much dick around the wasteland as you see fit.

Wasteland 3 does nothing brand new, but it’s a very solid party-based isometric strategy RPG with fantastic writing. For fans of the genre, that will be enough to overlook the technical failings and gameplay hiccups. For those looking to try something new, you may want to dip your toes in a shallower pool. Perhaps Wasteland 3 is a frozen Wasteland 2, but I can’t fault the developer for it because I still enjoyed the hell out of my time with this latest title. You’re guaranteed to get your time out of these sorts of games, especially if you’re the type who enjoys doing every side quest and pursuing every plot line, and I can confidently say Wasteland 3 is a good investment of your time and money.