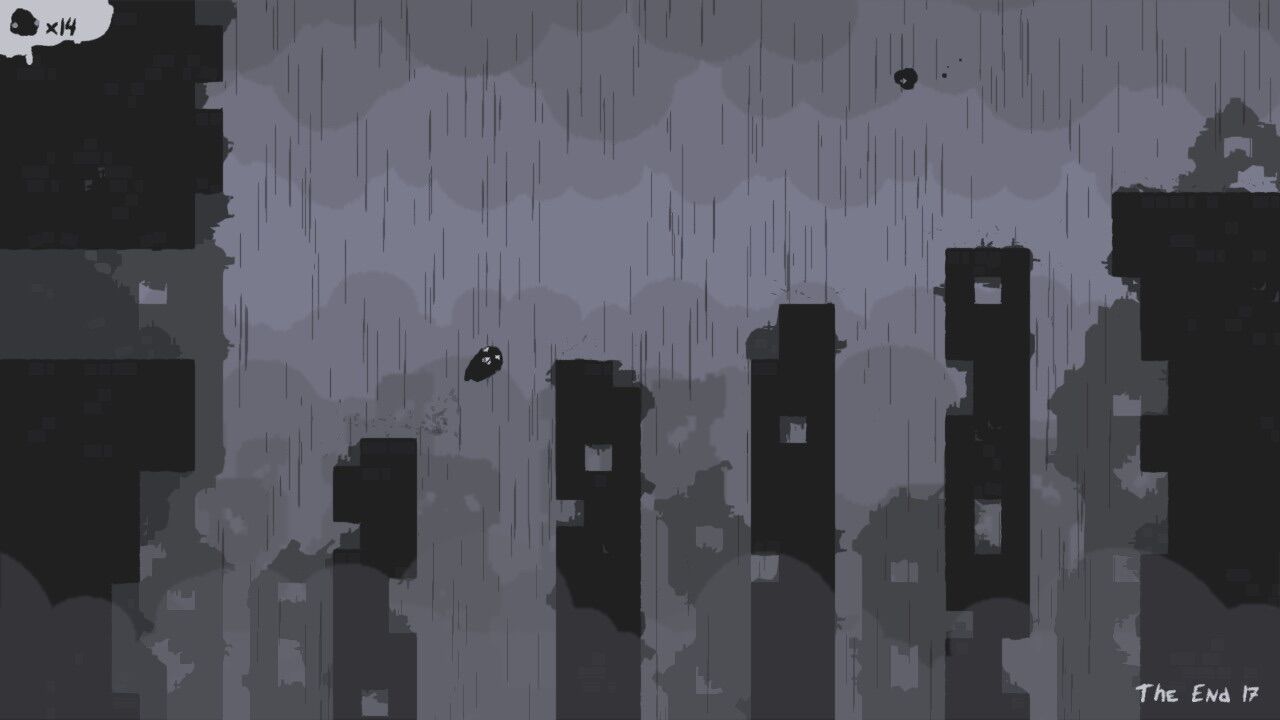 The End is Nigh is a wonderful little “bleeding” platformer from the fine folks who brought us The Binding of Isaac, Edmund McMillen and Tyler Glaiel. A lot of people are going to look at the art style, look at the names and start expecting certain things. Stop. Stop right there. If you are determined to draw parallels to Super Meat Boy, fine, go ahead, but this has as much to do with Isaac as Godfather does with Meet the Parents. Sure, there’s a familiar face but it’s a totally different movie. And The End Is Nigh isn’t roguelike, isn’t a shooter and isn’t nearly as gross (a bit gross, sure, but no poop). So if you’re here for the spiritual sequel to Isaac, keep moving. Also, keep moving forever, because I’m pretty sure they said they’ll never do it.

The End is Nigh is the story of Ash, the sole survivor after a massive apocalyptic event, basically lives to play his favorite video game, which is, well, the title of the game you’re playing. The cart breaks, however, shortly after you start the game, and Ash must venture out into the wasteland looking for two things: games and tumors. The games are really incidental to the whole thing, and the tumors are meant to be an outlet for Ash to try and amass enough “items” to build a friend. Yes, he’s looking to collect abandoned tumors so he can build a friend and possibly fall in love and repopulate the world. I had said that it wasn’t as gross, I didn’t say it was clean. In any case, Ash sets out to do…something, can eventually get one of several endings (all pretty bleak) and unlocks a ton of stuff along the way. 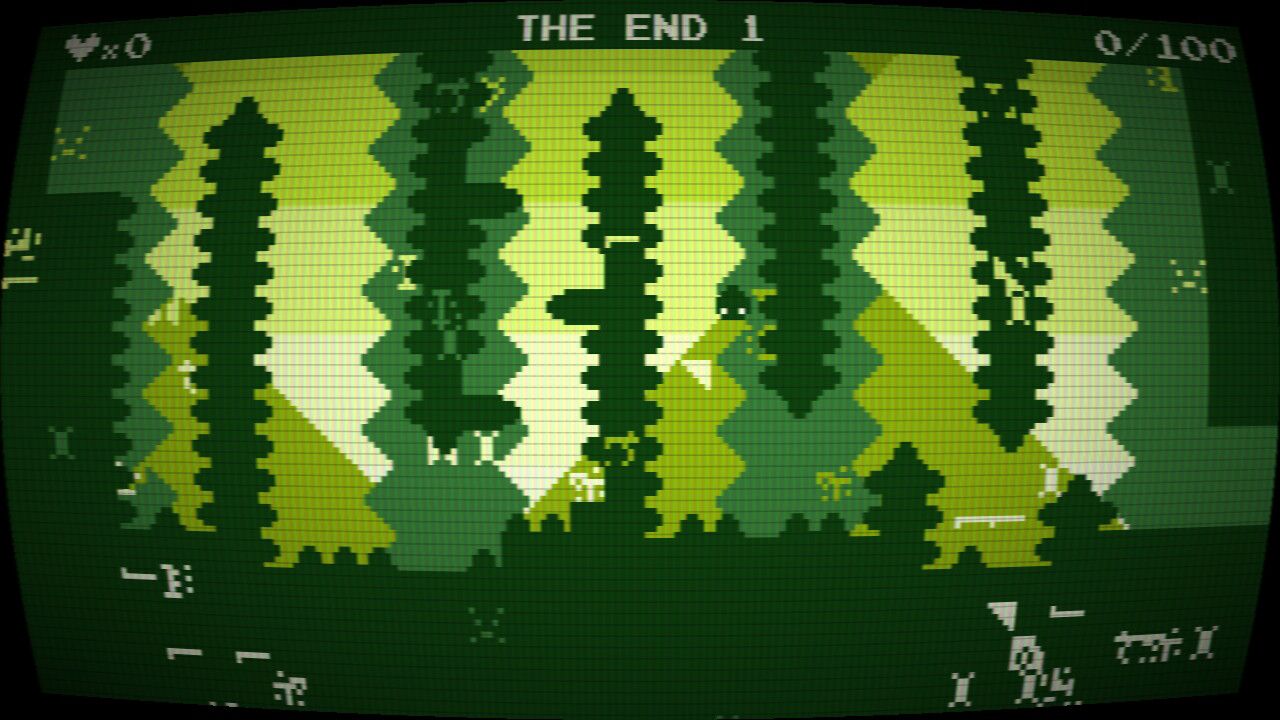 For those familiar with Super Meat Boy, the idea is similar here: you gotta get through a room that is just impossibly frigging hard. Ash has no attack powers whatsoever, no limbs, and can basically slide along and, well, jump. That’s it. You can hang on hooks and ledges, and stretch yourself to sort of catapult-shoot across divides, but uh, that’s really about it. So the challenge, then, becomes staying alive and getting to the other side in one piece. The game definitely keeps track of how many times you die, and it never, ever gets easier. I had finally started to think I got a hold of things as far as controls go when the buildings started to crumble. As soon as that became a known variable to me, we introduce water, where Ash moves distinctly differently. Then there’s fire. Attack fish. Falling spikes. Everything you could imagine that might kill you will kill you and, spoiler, everything WANTS to kill you. The world isn’t happy with how it looks right now, and you being “alive” is really ruining the whole vibe.

Also for those familiar with the “this game is a hateful beast” genre is the fact that nothing is as simple as it could be. If there was the inclusion of any additional mechanic – some kind of double jump, any sort of defense mechanism – then the whole game would be a totally different situation, and it’s admirable to create something that is both simple, addicting and rage-inducing. I’ve already seen a lot of people starting their speed runs of the game, which is an aspect of gaming that fascinates and terrifies me in the same swing. Players on the Switch will absolutely want to make sure that they have a secondary controller available, because you want something small and tight, and the Joycons can often feel just a little clicky in terms of reaction speed. If players are serious about making it through the game in any amount of time that’s worth mentioning, a dedicated controller will be the name of the game.

Earlier, it was mentioned that Ash is also looking for new video games, and this is, to be honest, a bit of a letdown. Through chance, fate and repetition, you’ll find a bunch of cartridges in the wasteland, each bearing interesting titles like “Super Mega Cart,” “Blaster Massacre” and even five games named after the five stages of grief. However, each and every one of them is just a low-fidelity version of the game you’re already playing. So instead of unlocking some kind of quirky little side mission that takes you down a different avenue in general (like Billy Hatcher and the Giant Egg did so marvelously), you risk life, limb and your sanity to unlock more ways to do what you’re already doing. I think my reaction to the minigames speaks to my opinion of the game in general. If I was truly loving it, then smaller, bite-sized versions of the same kind of atmosphere with achievements at the end would be enough. Instead, I’m frustrated and wishing I could be playing something else. 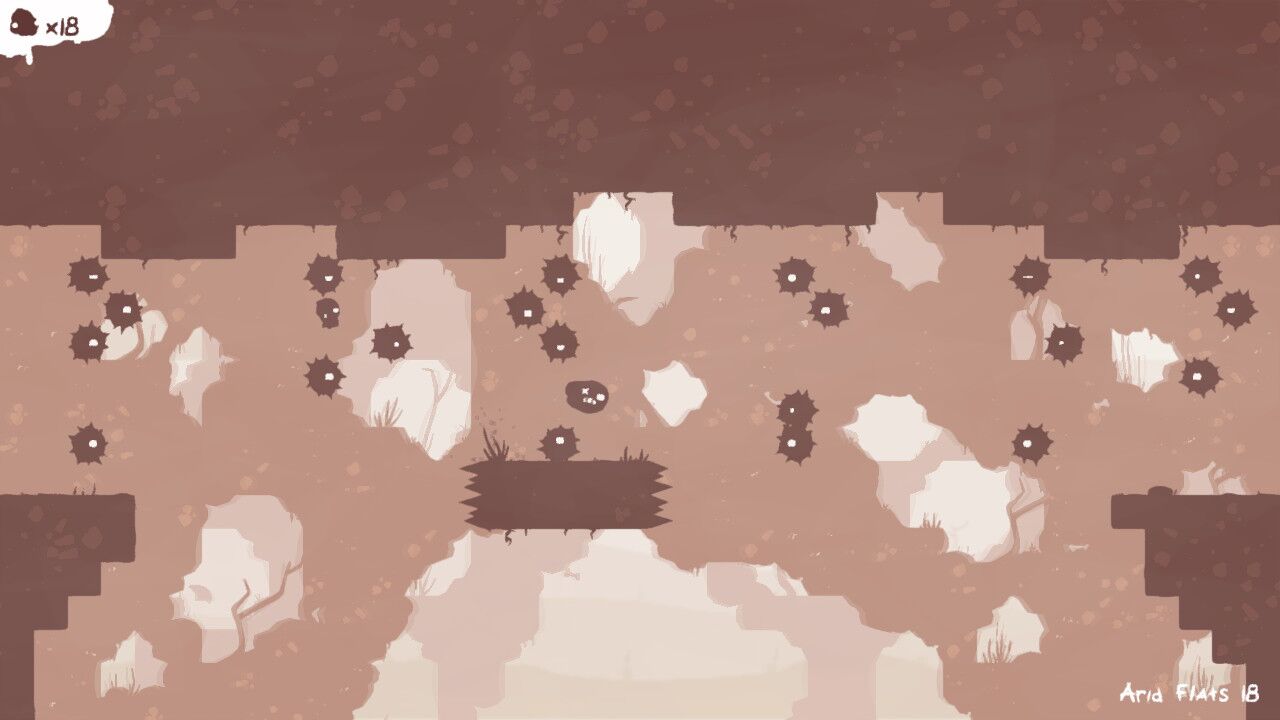 Not every game is for every person. That shouldn’t need to be spelled out, but here we are. Just as the people who enjoy Just Dance probably won’t be super interested in Stardew Valley, the folk who really, really enjoy death platformers will gravitate towards this game without a single word of review being written. The duo at the heart of it are renown for their work, and I’ll be damned if they did any sort of injustice to the legacy of Super Meat Boy as a result. The problem is, and I hate admitting this, but I’m terrible at Super Meat Boy, and those same feelings of frustration and inadequacy echoed here, made even starker by the bleak, black and white landscape and the constant, omnipresent atmosphere. There’s a good streak of dark humor throughout, but it doesn’t do nearly enough to counterbalance how damn hard the game can be. Once the game started autoscrolling the rooms because there was a wall of death approaching, I basically wanted to give up and just let the void take me.

The long and short of this story is that players who love platforming challenges will welcome The End is Nigh with open arms, and they should: it’s massive, incredibly polished and runs like a nightmare on the Switch. But for players looking for something new and relaxing to play, invest in a bottle of scotch instead.