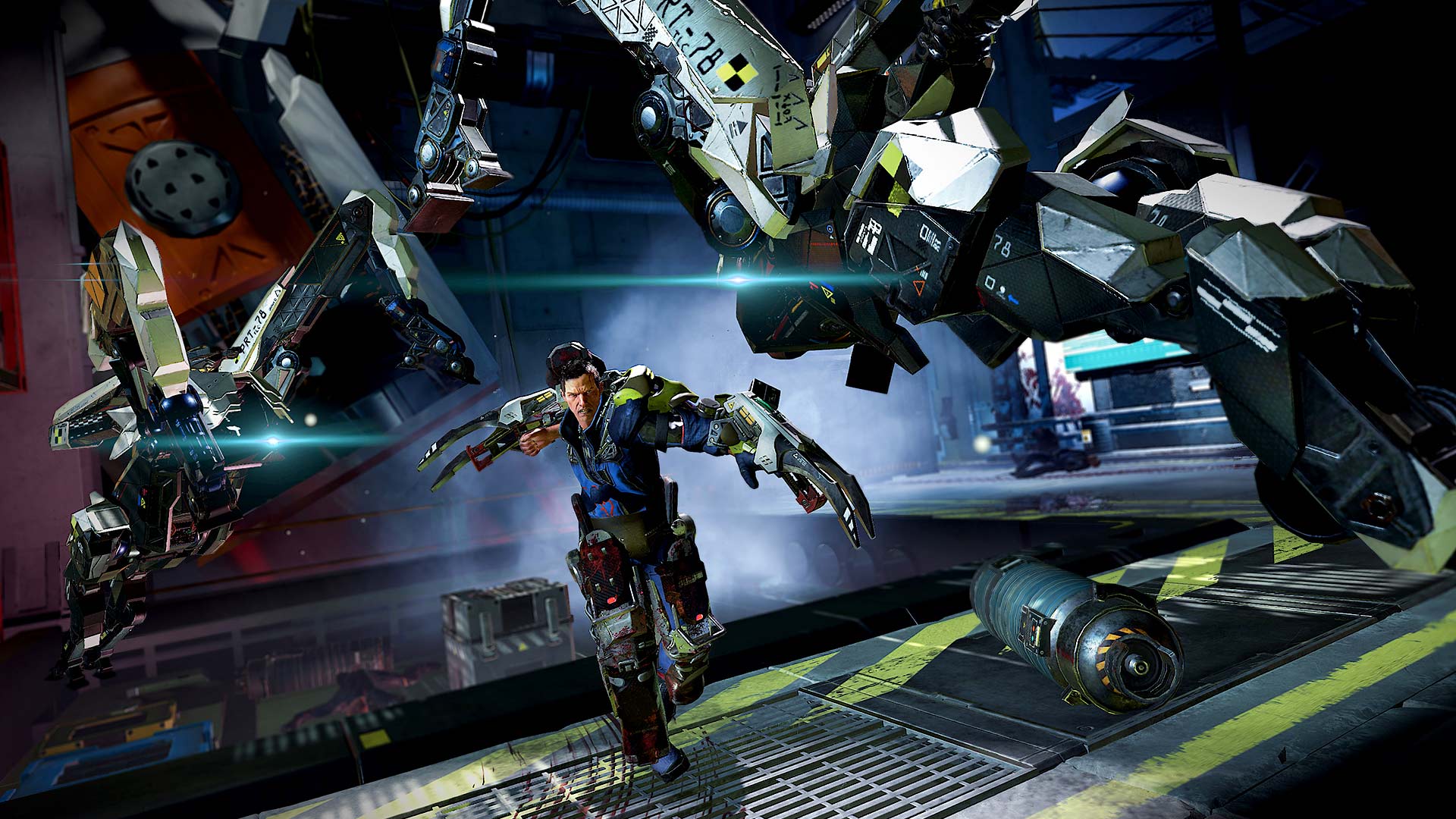 The Surge is an action-packed, Sci-Fi game from Focus Home Interactive that combines Action and RPG elements to blend into one compelling, surprisingly addictive experience. With Cyberpunk elements and all the goodness of the Sci-Fi rolled into one world, The Surge offers classic aspects of these genres while combining them with innovative, original upgrades and ideas. The Surge stands-out as a unique experience, but is it worth the attention of diehard fans of the genre as well as newcomers?

The Surge begins with a shockingly eye-opening look at the experience of handicapped individuals; our main character’s physical limitations are emphasized by the limited accessibility of his wheelchair in the primary base, which draws a huge line under the importance of such considerations. It also adds further impact to the wow factor of seeing him step into a mech-style suit, which gives him access to movement as though he wasn’t handicapped, and then some. It illustrates one benefit of a world that’s become even more ingrained in technology than our own, but it quickly paints a grim picture – the same robots that have made life easier now pose a huge threat, after they “go haywire” and start lashing out against the very civilization that created them. Armed with a shiny “heavy-grade exoskeleton” and some impressive weapon options, Warren is empowered by the CREO megacorporation to go out and battle crazy cyborg creatures. 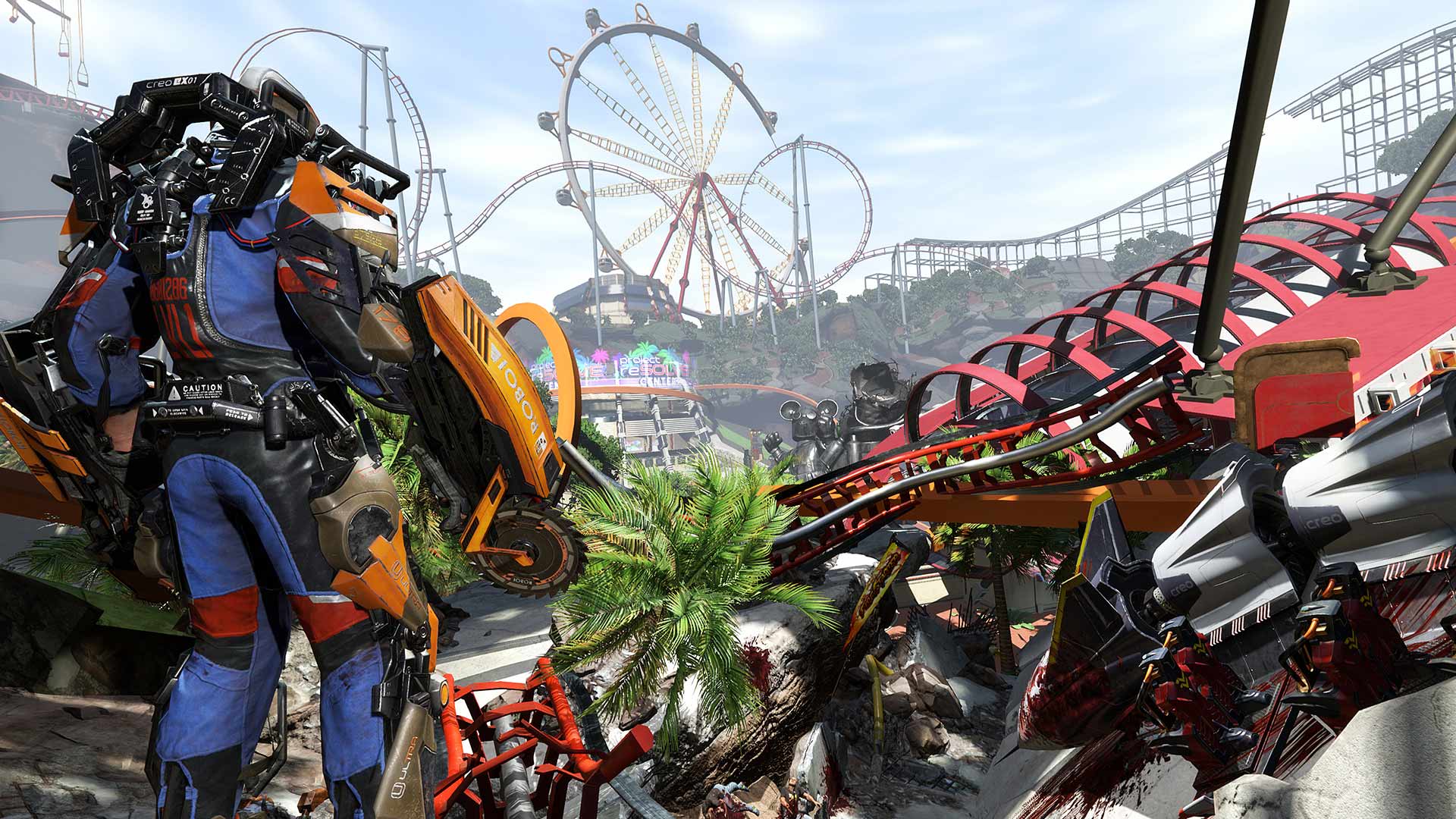 The best part of The Surge is the crafting system, in that players can go out into the world and “operate” on their enemies to pick up pieces of their actual bodies for the sake of upgrades. After choosing a “target” on the body and doing a finishing move, players can chop off a limb, take off a head, and tear out bionic components in order to learn new blueprints. Gathering components allows you to build these items and attach them to Warren’s exoskeleton “mech” suit, and there’s a surprisingly amount of variety in the style of weapons and armor available. You can power yourself up and be more of a tank, or you can wield dual blades and spring around like a rogue. The boss fights are gratifying and challenging without being infuriating; in fact, all of the combat feels completely rewarding, without diminishing the flow of the experience.

The Surge feels a lot like a Sci-Fi Dark Souls, and the underlining storyline speaks about greed, big corporations, and mankind’s inevitable descent into engineered madness. The main character, Warren, is a protagonist worth rooting for, and the lesson about succumbing to a world for of robots is gripping. The combat is smooth and precise, and very satisfying; in fact, the whole package here is extremely strong. The music, graphics, and special effects feel like an AAA budget rather than an Indie title, and the interface is blessedly easy to navigate. Initially, I was concerned that the enemy variety and scene design might leave a lot to be desired, but I was pleasantly surprised by the diversity and ingenuity in both aspects of The Surge. 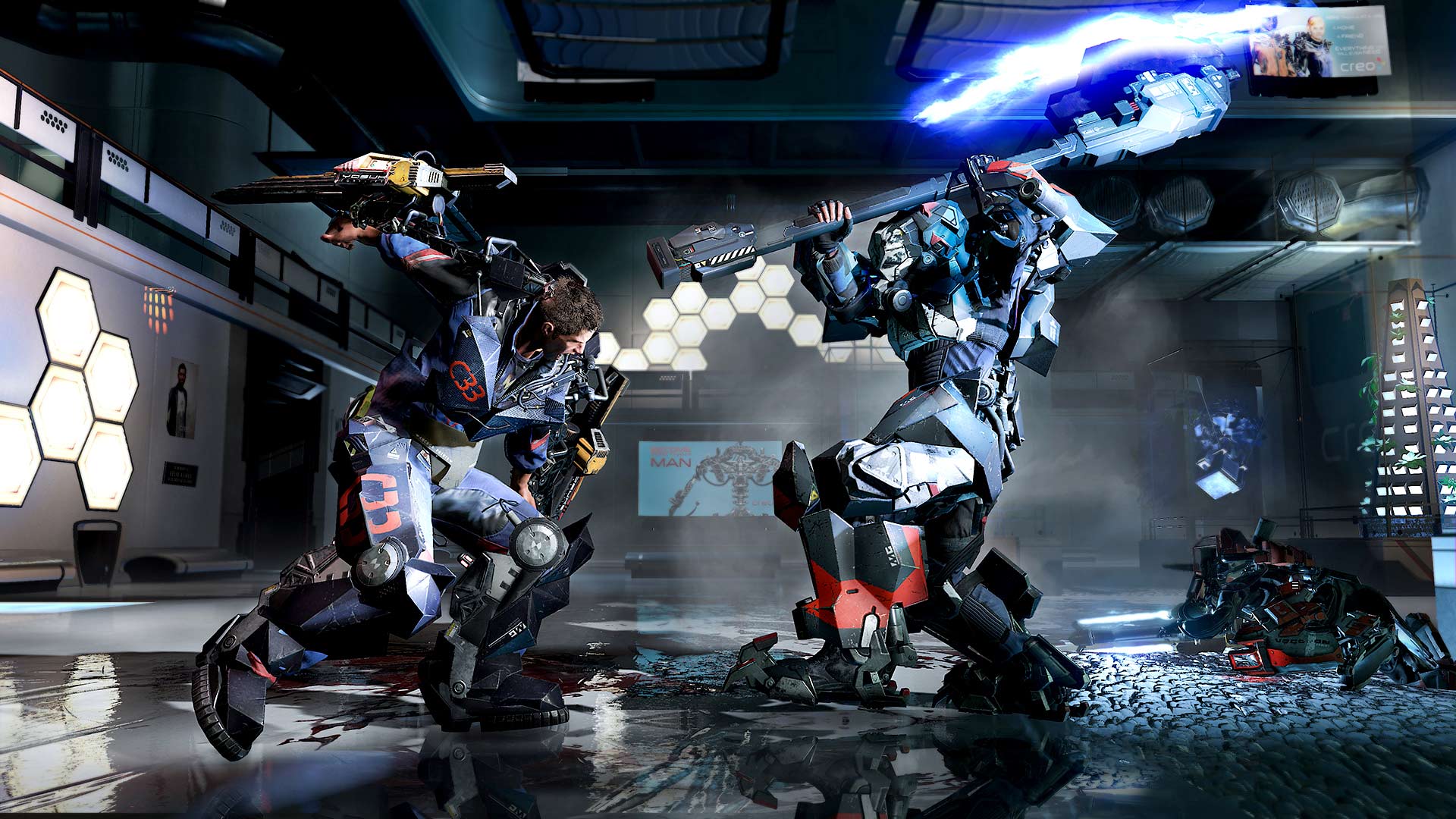 The Surge is surprisingly clever and original, and has a variety of exciting new features or twists to offer both fans of the genre and newcomers alike. The addition of a Multiplayer mode would be ideal in a world such as this, even if it was limited to battle arenas ala Mass Effect: Andromeda. The crafting system is fantastic, and allows for considerable customization in your playstyle and experience; the task of cutting off limbs in order to generate a blueprint simply doesn’t get old, and the more you change-up your gear the more combat maneuvers and nifty abilities you gain access to.

Focus Home Interactive hit it out of the park with this one, and The Surge is worth every penny. The campaign runs a solid 30-40 hours of gameplay time, and there are lots of areas to explore and learn about. Digging deeper into the history of the world and what’s happened to mankind is interesting, but truly, the combat is where The Surge excels. If you want fast-paced action, smooth controls that are optimized for a controller, and the grim satisfaction of chopping off your enemies’ body parts for new gear, The Surge is a great addition to your PS4 library.