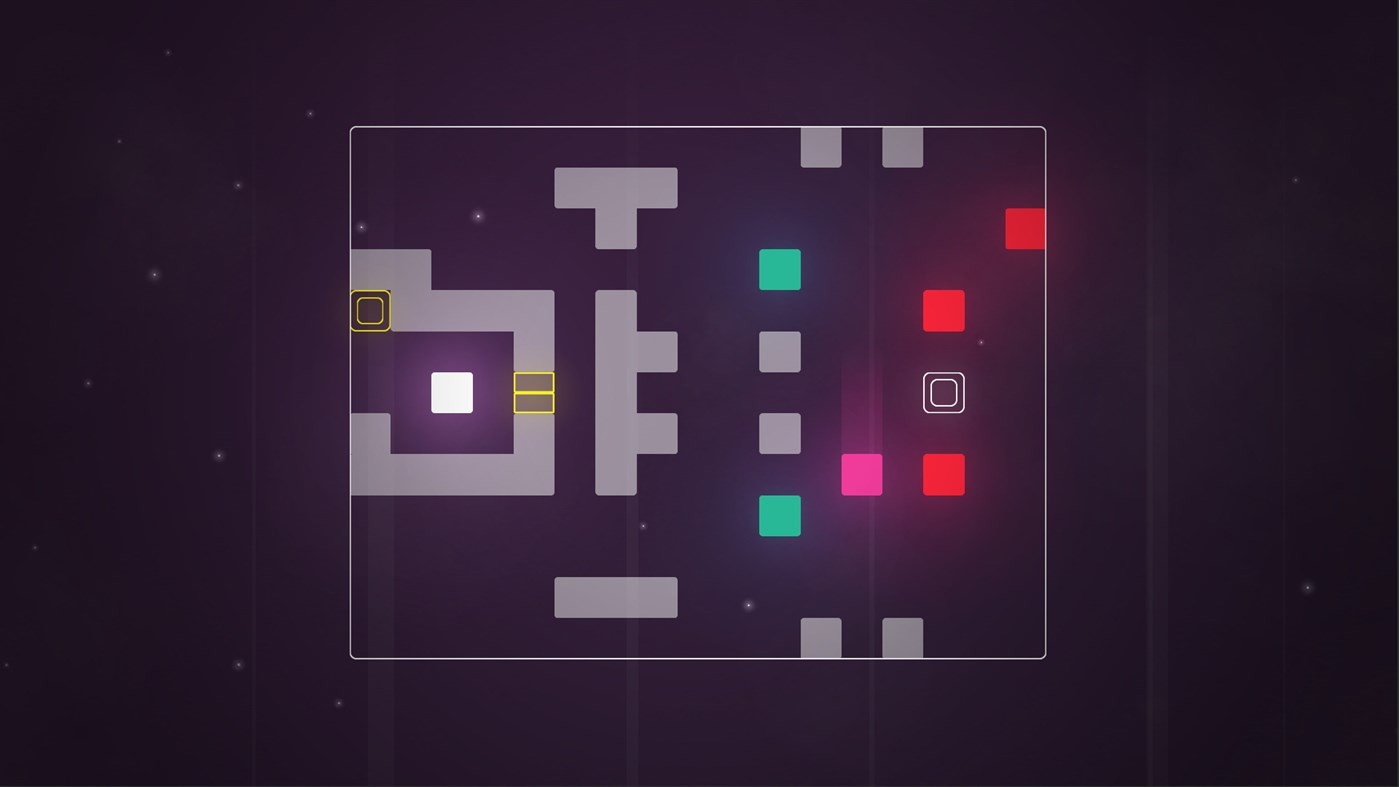 I’ve never really looked at gaming as a teaching aid, nor did I think that the puzzle genre would ever excel in a virtual setting. For me, puzzles have been always a physical thing: board games, Rubik’s cubes and crosswords. It always surprises me when a brain training style game is released to console; can the lack of physical interaction be overcome with an increased level of difficulty and challenges to complete? This was the exact question I asked myself when I started to play Active Neurons-Puzzle Game.

A 2D puzzle game by developer Nikolai Usachev, you are asked to move a glowing white cube around a maze of obstacles and traps to ultimately arrive at the end location unscathed, sounds easy? It certainly looks like it on paper, but as the levels evolve the difficulty ramps up. You begin by simply navigating a set maze, you are then introduced to a static red trap which destroys you when you hit it, a moving purple cube is then added, teleportation blocks, gates and more obstacles must be overcome in order to complete each level. What makes this more challenging is how you move around each stage. Once you have decided which way to move, the only thing that stops you is either a trap or an obstacle. If you make an incorrect decision, then you will find yourself stuck in a room going around in circles, or being destroyed by one of the many traps that you will encounter. Forward planning is a must, and you’ll certainly find yourself biting your lip in rage when you realise that you haven’t thought through every step and you end up ruining all your hard work.

The game is broken down into 2 clear chapters. The first requires you to finish 8 Neuron levels, each with 10 stages. Once you complete this section, you have access to the second phase, which is the human body. You must complete each area before moving on to the next. The underlying metaphor for the game is a healthy mind equals a healthy body, you must work on your mind in order to work on your body. Deep stuff, I know! 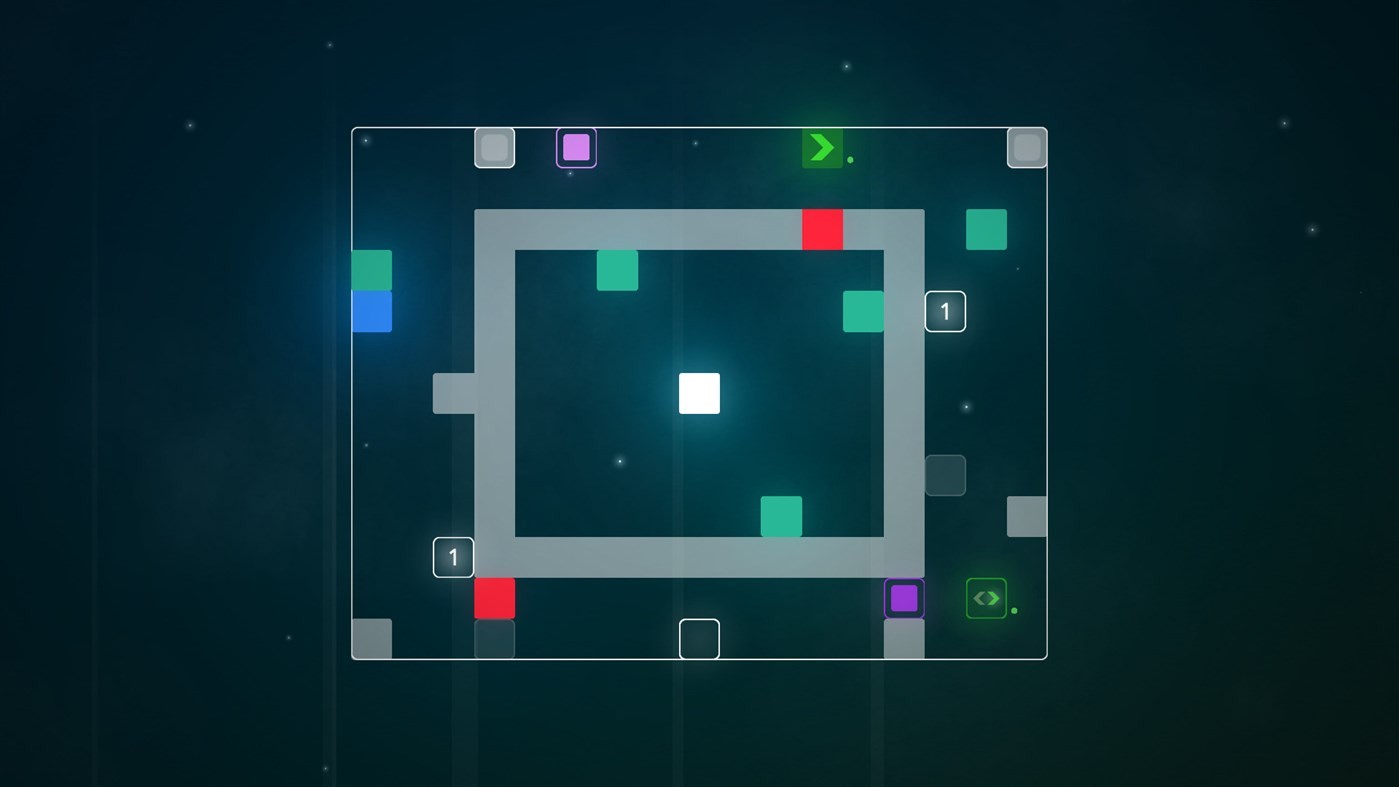 The gaming notes claim that the challenges help to train your spatial logical thinking, I’m not entirely sure how much this will help to increase that skill set, but it was fun to play. Its slow pace, and multiple stages allow you to tackle this in a casual manner. If I’m honest, it wouldn’t have surprised me to see this on the Google play store, most of the gaming premise is so simple that it would easily have worked on a mobile device. This doesn’t take anything away from the console version, it just isn’t that advanced, and therefore really won’t stretch you. I believe Nikolai Usachev missed an opportunity by using only one puzzle type. Dr Kawashima’s Brain Training is extremely popular, and that’s because it allows players to work on different skills. With Active Neurons focusing purely on one area this could turn a lot of potential players off, and could also limit its replayability factor massively.

Because of the genre, and the theme of the game, the graphics really don’t have to be triple A material, heck they don’t even have to be A material. The 2D tabletop approach works exceptionally well, I found it easy to observe the full gaming world, and I was able to plan every move required without issue. The images themselves are clear and the colours are vibrant. It was easy to identify each different element, and nothing really had to be over thought or analysed in too much detail. It’s not going to win awards for its visual approach, but neither would a crossword puzzle. It does what it needs to do very well, and because of this the action plays out in a fluid manner.

As you play, a light and eerie music plays in the background. It’s gentle pace creates a feeling of calm and serenity, this for me reflects the game’s nature perfectly. The audio reminded me of lift music crossed with day spa waiting room, it wasn’t in your face or offensive, it just existed to create an atmosphere. The usages of sound effects were minimal, and this worked well. The action was so easy to follow that it would have been overkill to start adding extra layers to the experience.

This probably has to be one of the simplest games to control. With the only buttons to concern yourself being the d-pad directional controls, there really isn’t a lot to think about. The only worry is user error as opposed to overly complicated mapping, which makes this a title that you can just sit back and enjoy. 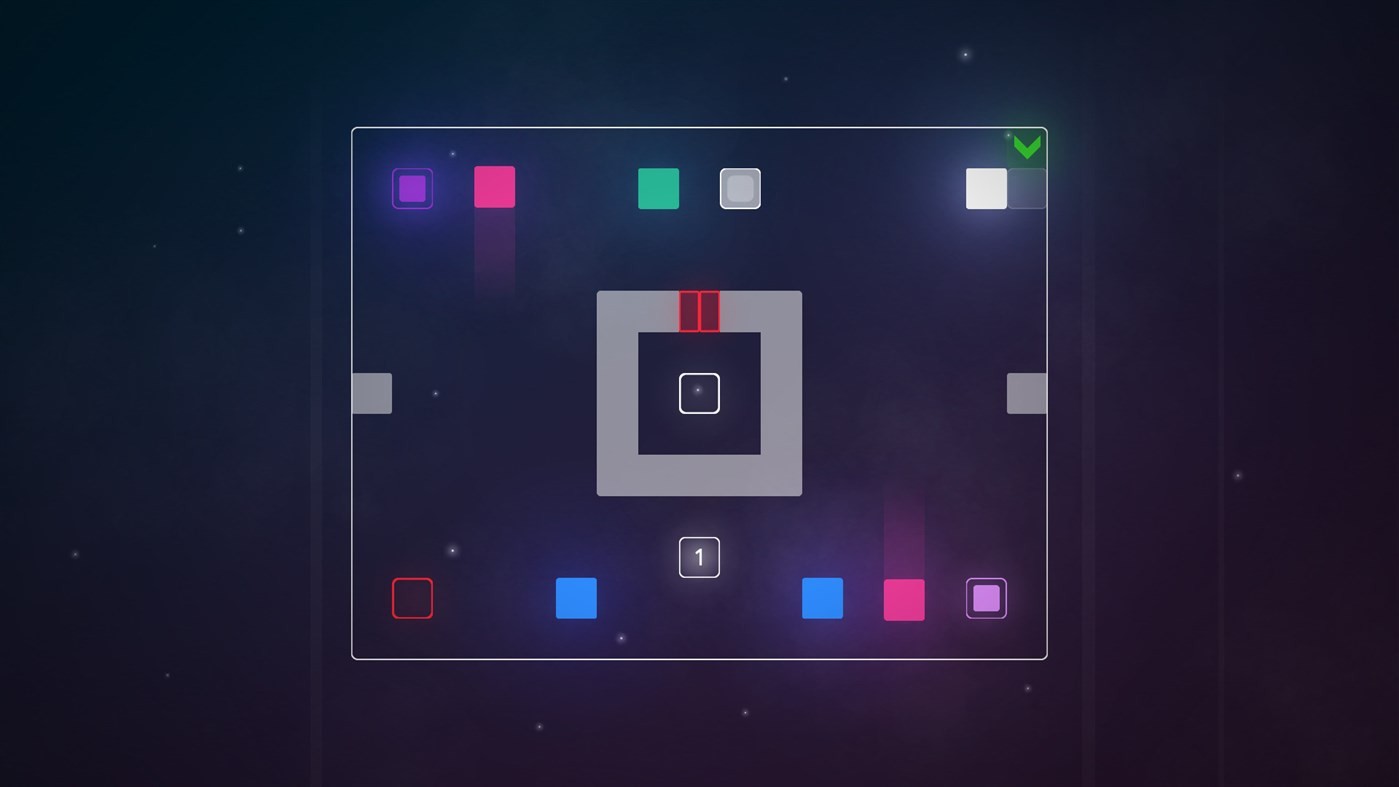 Due to the developers only focusing on one gaming style, this will have a limited appeal, and replay factor. I found that though the neuron stages got progressively more difficult, and there were new elements added consistently, the base gameplay stayed the same. This didn’t get boring, or repetitive, it just meant that it would be hard to go back and try and replay a level that you’ve already solved. I’d say that the game will take you approximately 4 to 5 hours to complete, this does represent great value for money, as it’s currently on offer at less than £4. Even if you were to only do one complete run through, it works at around £1 for every hour played.

The difficulty of the game has vastly been reduced as the developers considered it essential to place a solution button for unlimited use during each stage. If you were so inclined, you could use the solution for every level and complete the game with no issue. The option should have been limited per neuron, as it was too tempting when stuck to reach for help instead of working out a logical approach. The whole game premise surrounded brain training, and if you are not working that muscle then it’s really not going to improve.

For those players who already have a great spatial awareness, then the puzzles that you will encounter won’t really push you, even when the difficulty increases. For those people who are looking to test themselves and increase their mental capacity, you’ll find this a casual and enjoyable puzzle challenge. Limited by its own minimalist approach Active Neurons will only attract a niche market, even though it doesn’t come with a large price tag. Overall, I enjoyed my short time expanding my brain, but now that I’ve completed it, I probably won’t return unless some DLC adds a new variety of puzzles. If you fancy an all together different experience to your regular action adventure games, or first person shooters, then this could well be worth a look.

A colourful and simplistic puzzle game where you must plan every move in order to succeed. Remember a healthy brain leads to a healthy body.