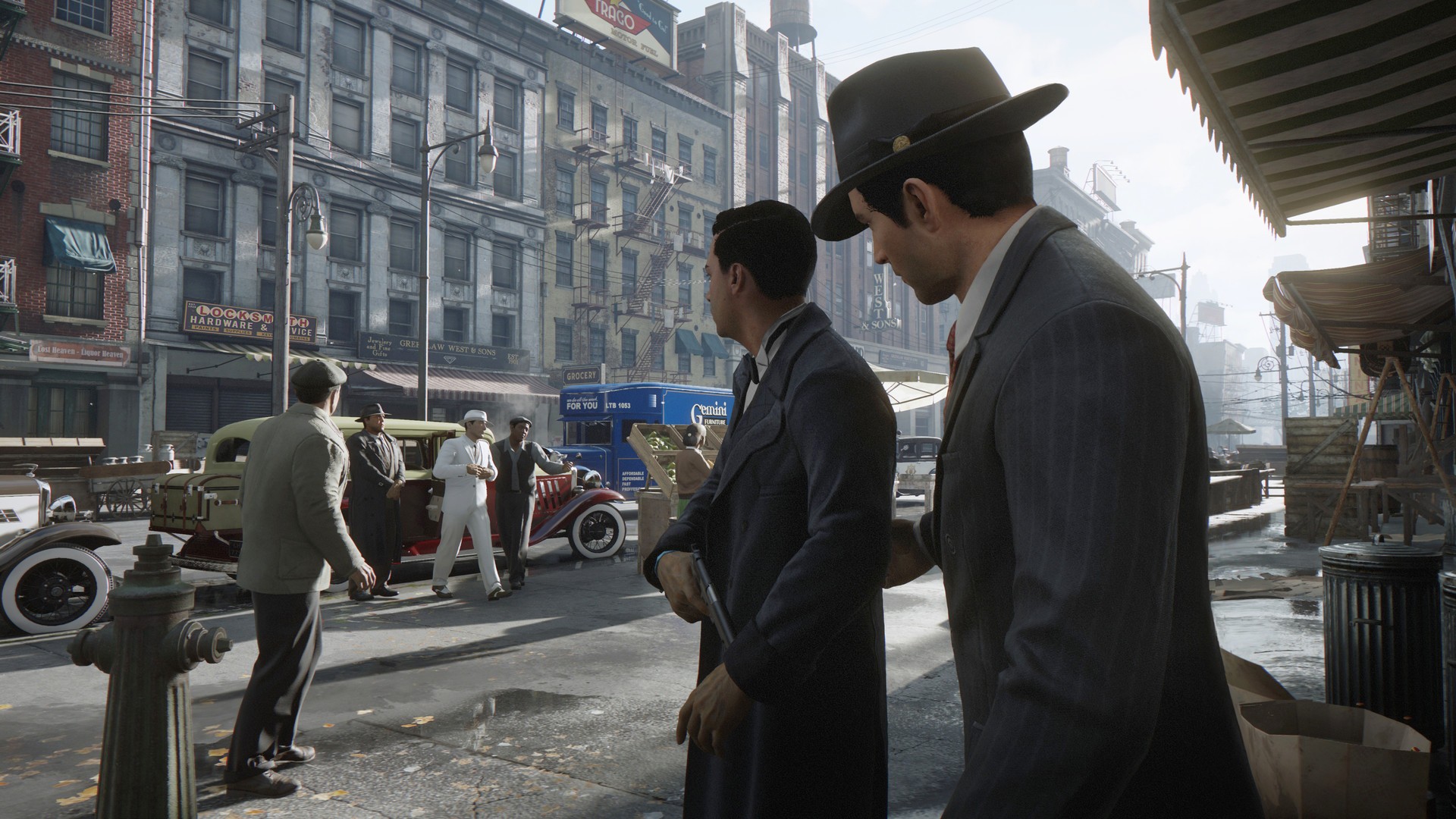 In a current generation of remasters, reworks, rehashes, reimagined games it is safe to say there seems to be no end of developers working their magic to start up and give old projects a lease of life again. Mafia Definitive Edition, developed by Hangar 13 and published by 2k Games has worked its way onto PC, Xbox One and Playstation 4. It has been a long 18 years since we originally saw the first Mafia title grace our screens and we have ploughed through several generations and seen the face of gaming change immensely since 2002. Some of you may scratch your head wondering what is going on with the Mafia series, so a little explanation should tidy things up here.

The “Mafia Trilogy” was announced on May 13th, 2020 with a remaster of Mafia II and an update of Mafia III. Whilst Mafia II was a spruce up which was criticised for its lack of polish and Mafia III was simply the game with all the DLC bundled in, there was an aura of excitement for Mafia Definitive Edition as this was a complete rework from the ground up. The game suffered a slight delay due to the ongoing COVID-19 pandemic, but this is understandable in such an uncertain year of gaming.

Mafia Definitive Edition has almost two decades of technology to catch up on, so I was keen to see if it hits the mark. Hangar 13 rebuilt the game with the Mafia III engine to ensure that the experience matches the current generation feel of open world titles. As part of this rebuild, the entire setting of the original game has been redesigned to match the United States 1920s and 1930s feel following World War I. The entire horizon, buildings and surroundings have been drastically improved aesthetically along with the atmosphere of several districts. If you played the original Mafia all those years ago and remember it well, then you’ll notice a lot of change and it is all for good reason, don’t worry.

Mafia is set during the Great Depression, which was a severe economic depression which took place in the 1930s which started out in the United States. In turn, this had devastating effects on not only rich but also poor countries where unemployment was rife and international trade fell significantly. I’m not here to give you a history lesson, but of course it is important that you have a sense of the world you’re about to travel back in time to. 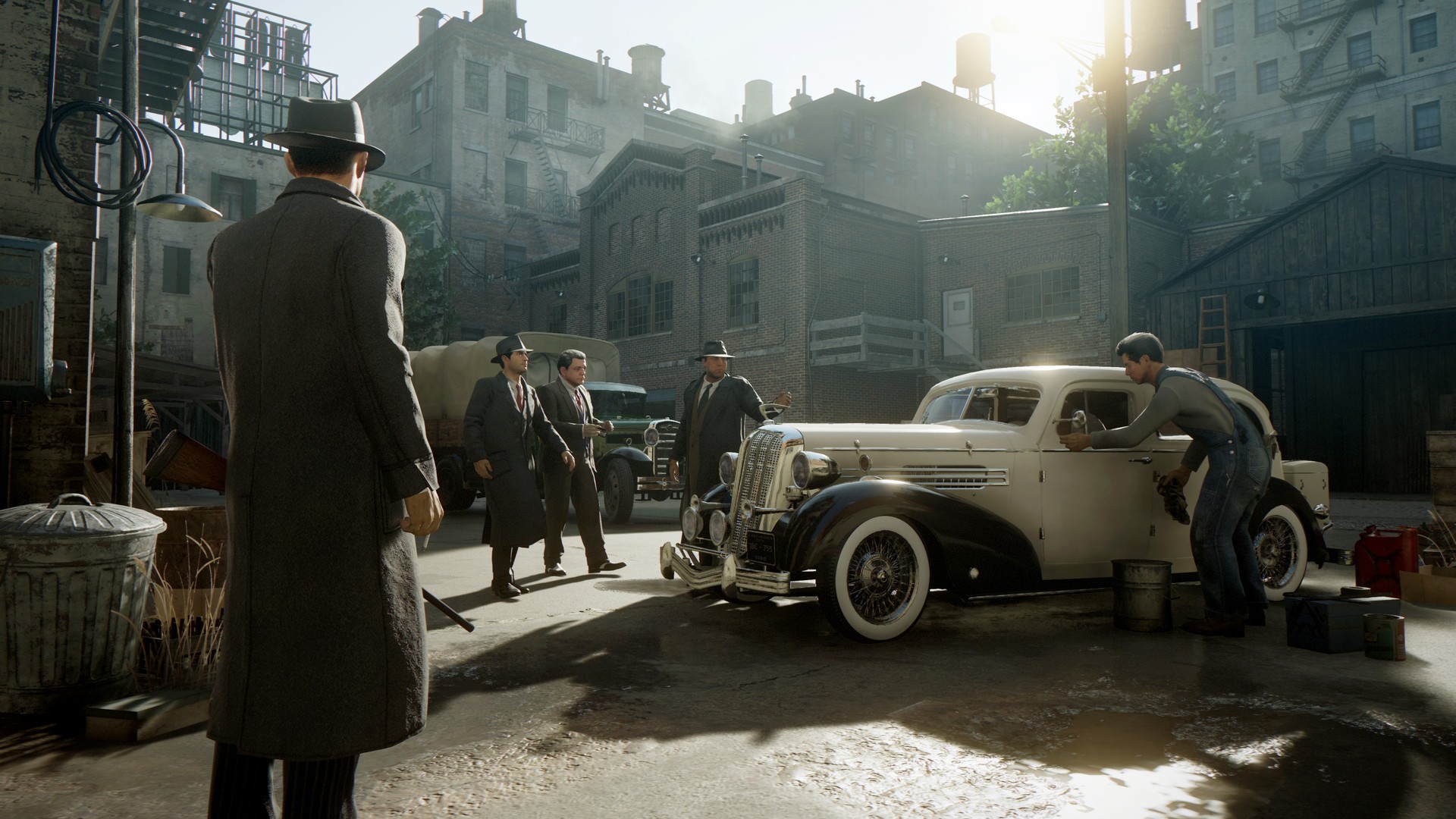 You’ll be playing the game as Thomas “Tommy” Angelo, who’s just a humble chilled out cab driver living his day-to-day life working the taxi trade. One day it just so happens that you end up assisting the Salieri family and two of their members Paulie Lombardo and Sam Trapani by escaping an ambush from the Morello family. You then head home to your cold, empty flat to assess the situation after being handed an envelope of hard cash for compensation by the Salieri family which wows Tommy. You sleep on this and then head out to earn an honest living the next day, here you really get your first taste of the game world as you drive around the streets in your taxi picking up passengers and transporting them.

Before you get to this stage, you are working your way through the story setting cutscenes and all I was thinking at the time was, wow they have done an absolutely sterling job with the character models, backdrops and graphics. If you played the original like I did all those years ago, it will blow your mind how well received this rework is. What I really enjoy about exploring the Mafia games is how well paced they are. It isn’t like Grand Theft Auto where you go off on a tangent and before you know it you’re uppercutting a granny into the path of an oncoming vehicle. Here you are expected to adhere to the traffic rules, to not draw attention to yourself and to stay out of the face of the law.

So predictable as the game is when you’re playing along with Tommy, you end up fist bumping the Salieri family and working for them. You start from the bottom of the ladder, driving around and collecting debts for the Salieri’s and sometimes beating the debts out of people. It isn’t long until you indulge in a roller coaster of burglaries, car chases and gunfights. It is important to note at this stage that if you’re a fan of open world titles such as GTA, Saints Row and even Just Cause don’t expect the same exploration elements of those kinds of titles. Mafia is very much a linear driven story nudging you in the right directions and yes, whilst you’re free to drive around and go about your business on foot, there isn’t much activity to partake in other than admiring the landscapes and horizons.

Instead Mafia likes to separate its linear story missions with exceptionally long drives, that contain in car dialogue with some snazzy 1930s jazz music blaring out of the windows. There is the option before you start the game to enable you to cut all the long drives out of your playthrough, but that isn’t very realistic now is it. Some may not enjoy the slow and patient scene setting pace of these parts in between the missions but it is something I loved as I took in the mechanics, the graphics and the functionality of this reworked city. 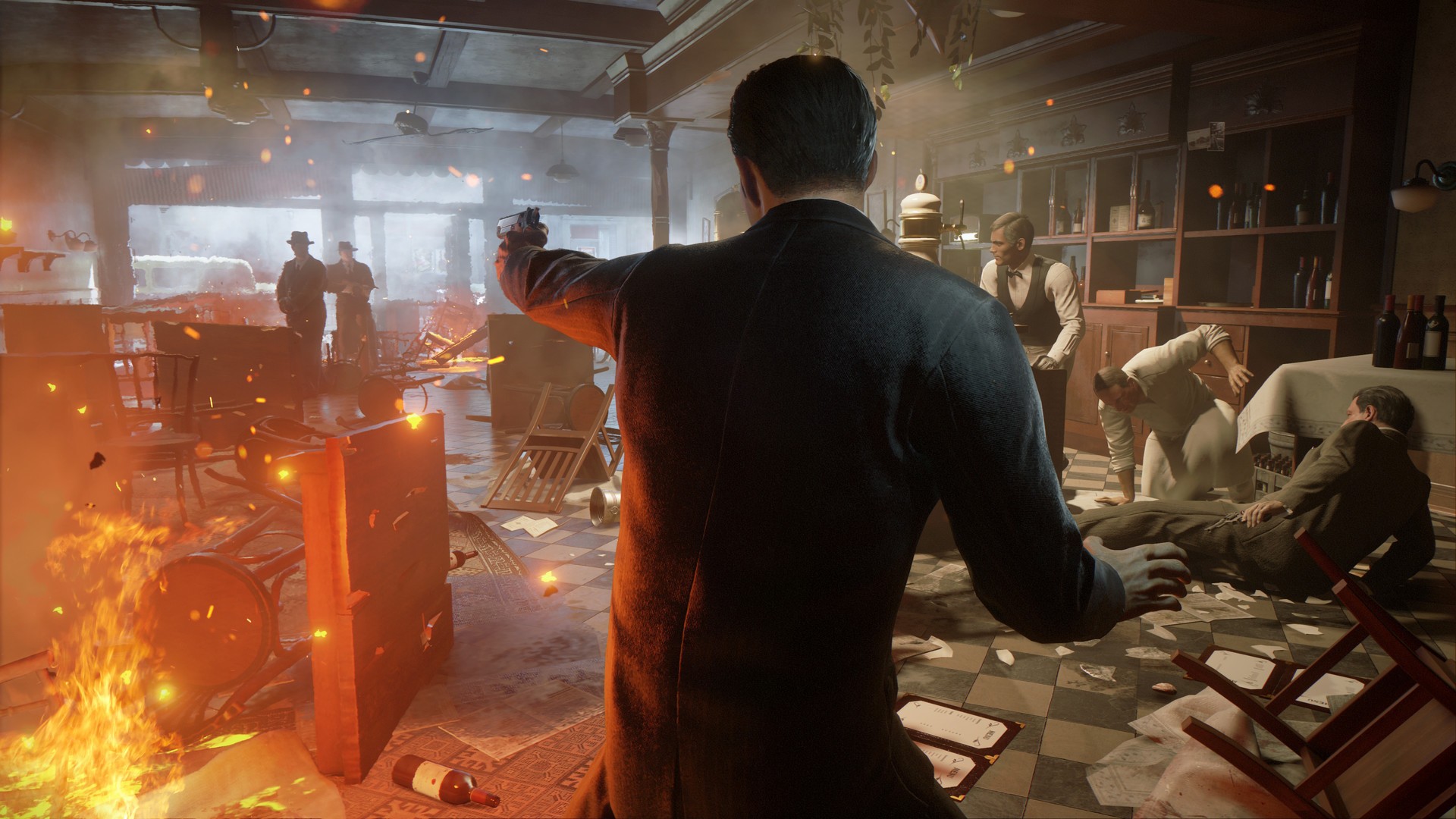 The driving mechanics seem very similar to the past and present Mafia titles, vehicles aren’t all that powerful as they wouldn’t have been 90 years ago. They drive how you’d expect, though, and feel a little heavy on cornering with three views to flick between if you’d like to experience some first person driving. The combat in missions was very well spread out and you don’t feel overwhelmed by it. The shooting mechanics are a little clunky, but satisfying at the same time, . It didn’t feel like rinse and repeat to me like Mafia III did. If I could chuck any criticism in here, it would be within the character movement. The cover system appeared very clumsy and rigid and it was easy to make mistakes. But because I was truly enjoying the story and everything around the world, this was a minor frustration that I just looked past by the final portions of the game.

The story isn’t as strong and compelling as that of Mafia II, but I still found myself constantly engaged within the entire playthrough. Hangar 13 has done exceptionally well to bring modern day graphics and still work on that blend of heavily scripted engaging storytelling. Being a man who predominantly laps up multiplayer titles in this era, it takes a lot to tear me away when it comes to offline campaign games and Mafia Definitive Edition pulled my arm, dragged and sucked me in. Yes, there are a lot of cutscenes to work through, but when you play a campaign title, it’s nice to sit back, relax and take in the story, so the cutscenes are warranted.

The transition from day to night cycles was especially gorgeous to look at graphics wise, especially with the likes of rain lashing down and thunderstorms thrown in. Yes, a lot of elements from 20 years ago are retained, but it is clear to see where the improvements have been worked on. Of course it isn’t as immersive with streets full of life compared to some other open world games, but it gets the groundwork absolutely spot on. Wider roads, smoother corners and alleyways and different building placements have all been worked in. Hangar 13 has done an excellent job with making you feel like you’re actually living in the 1930s when you’re playing. From the music playing on the radio to the old fashioned billboards and shop signage to the old postcards that act as collectibles, the atmosphere is spot on.

This is up there with the best revisits of any remaster or rework I have played, and the sheer amount of work done here really shows. Hangar 13 have put some big boy clothes on the original game 18 years ago and whilst some of those early elements still remain they lie on the foundations of some rich, vivid and beautifully presented enhancements that make this game worth a replay or a first time visit. The only downfall is that the game can be finished in a very short space of time and I had it done and dusted in a short weekend, but with Mafia Definitive Edition it’s all about quality and not quantity, and quality it absolutely has!

Mafia Definitive Edition is a reworked game that is so well executed in every area, fans of the original will adore the upgrades and newcomers will enjoy the excellent campaign.