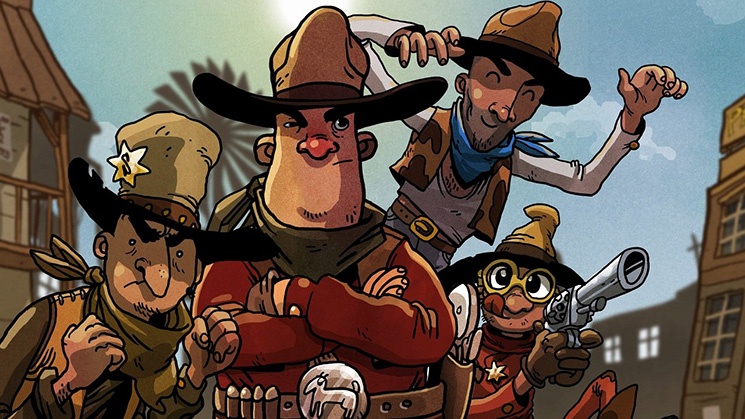 I’ve played Frederic: Resurrection of Music on no fewer than three different platforms at the time of writing this article, and I count the Nintendo Switch as the fourth. At the core, there is something that I love about Frederic that comes almost directly from the creation and ideology behind the game. You see, when Frederic was first introduced to me, it was a time when rhythm games were hyper saturating both the PC and arcade fronts, and there seemed to be only one unifying theme: techno and trance. While not a bad thing, it became almost understood that, if you really wanted to enjoy musically driven games, you had to get into the drum kicks and the heavy, synth-driven type of tunes that made everything go round. Thankfully, through both story presentation and score itself, Frederic took everything back and in a bold new direction.

In Frederic: Resurrection of Music, you literally play Frederic Chopin, long dead composer and pianist extraordinaire, who is back from the dead because, as the game tells us, music is on the brink of destruction due to soulless pop music and greedy producers just churning out fake, same-same tunes. You, being from the era of classical and baroque pieces, must remind everyone that music has roots in passion, soul and storytelling, and you do that by infusing your classic movements with pounding, up-tempo rhythms that kind of ruin a bit of the effect, but we’ll get to that in a moment. The story is preachy, there’s no doubt about that, but it’s still an interesting approach to things and justifies the strange gameplay that follow. 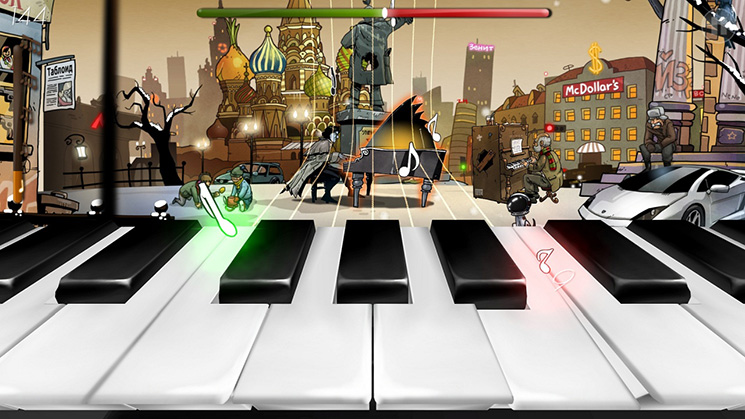 The game plays out like you might imagine a rhythm game starring Chopin to go: you have a series of tracks that are basically “versus” another composer, and you have to match the notes that are coming down the lane. The notes all match to different piano keys, and the keys correspond to buttons on the controller. Frederic is very accommodating to remapping of the keys, and I highly recommend players take advantage of this fact almost immediately. The spacing and the way the notes look coming down the chute can sometimes blend together (white and dark keys and all that jazz) so I liked remapping all the notes to different directions of the JoyCon joysticks. Sure, it made for some tricky moments when I had to essentially push two directions at the same time, but, at least on easy mode, that wasn’t a problem. However, anything beyond easy means needing to map it to actual buttons, because Frederic doesn’t screw around.

The difficulty curve of Frederic: Resurrection of Music escalates incredibly fast beyond easy, and even easy isn’t that easy. This is a rhythm game MADE for people who enjoy frantic button smashing, and you’ll find that things often teeter on the edge of “unfair” before jumping into the chasm of “this is bullshit.” People who can do well on the higher levels tend to be serious muscle memory fanatics, attributing a lot of trial and error in order to achieve perfect runs in any capacity. That’s something that doesn’t always appeal to a lot of new players, especially ones who aren’t ready for the constant pattern memorization that comes with rhythm game perfection, but Frederic works on two levels in order to pull in players (three, if we’re being honest).

Firstly, the music of the game is both recognizable and interesting. The team at Forever Entertainment did a solid job in creating a soundtrack that compels you to listen and enjoy, especially since it’s essentially remixes and renditions of public domain, classical music. There’s so many different tracks to enjoy, and anyone who has an ear for the best of the oldest “idols” of music will have something to enjoy. There’s so much they even made a second Frederic game, which I’m sure will be coming to the Switch at some point. 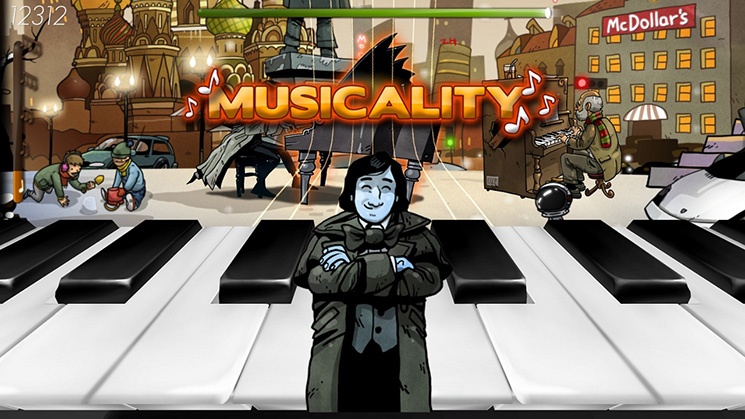 Secondly, the story itself and the presentation is pretty fun. Besides the very hokey artwork and the fact that matches begin like Street Fighter battles, it’s just fun and interesting to watch the evolution of Chopin as he both comes to accept the world of music today but also struggles to make sure that what is considered “real” art isn’t forgotten in the process. Players who have any sort of knowledge of musical history will find something to love as the tale unfolds, not only aurally but also in what you see and read.

The third, lesser point of importance is that Frederic is classically a very affordable entry point to the rhythm genre. Whereas a lot of great musical games also carry impressive price tags, the fact that Frederic: Resurrection of Music is mostly free-to-use, remixed sounds is, well, pretty damn handy to get this game into players hands. Even if you’re not a massive fan of the genre or even the music, it’s certainly worth giving a shot, given how much content there is to explore.

Frederic: Resurrection of Music may not be the prettiest horse in the stable, nor the youngest, but it’s easy to see the power and effect of the game in the hands of a great player. It’s simple to pick up, lends an edge to players who know piano or classical music, and affords quite a bit of replay value. Even if you’ve played it before, it might be worth grabbing this re-release on the Switch just to flip open the cover and tickle the ivories one last time in defense of music.