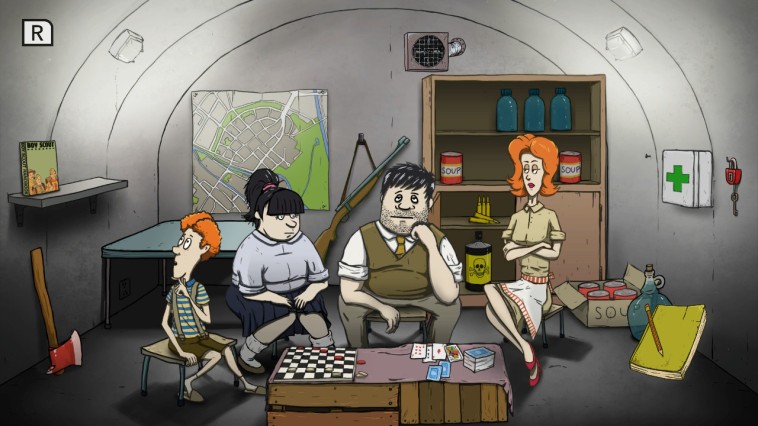 This review could not have come at a worse time. After the absolutely harrowing experience that Hawaii encountered just a couple days ago, it seemed very unfortunate to take a look at a game like 60 Seconds, which focuses on surviving the coming apocalypse and seeing how long you can sustain after all hell has broken loose. Sadly, we can’t always pick and choose the events of the world as they coincide with media, and, let’s be honest, I think we can all use a laugh after an island nation thought they were about to be obliterated in a nuclear holocaust. So, instead, let’s focus on a game that only simulates such things and, in many ways, does a fairly poor job of delivering.

The concept of 60 Seconds is simple: you’ve just gotten word that the nuclear strike is inbound, and everyone is gonna die. Thankfully, you’ve been building a bunker for just such an occasion, but, strangely, the damn thing is empty. Like, right away, there are some logistical fallacies to get around, like how a prepper would create a bunker convenient enough to be located right under their own home but fail to pre-fill it with bottled water and Spam. No worries, you’ve got a few seconds before the bombs land, so grab what you can (including your family members, because they’re paralyzed with fear or something) and usher them into your new home for the immediate, irradiated future. Then…wait. 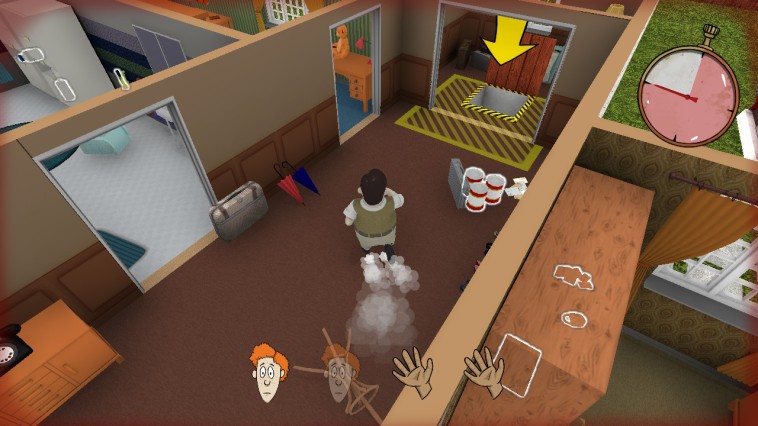 Let’s start with the good. The concept and graphics of 60 Seconds are both stellar, and I actually really loved how the characters and the world (if you can call a bunker a world) are portrayed. Each of the human characters is affable and have a wide variety of emotions they convey through stills, as you see them try to keep a stiff upper lip, succumb to boredom/sickness/despair, and, ultimately, get hurled out the steel door, a literal corpse that no one wants to deal with. The second half of the game (which takes place immediately after the first) is a good simulation situation, fraught with plenty of random events but not so chaotic that you can’t survive without a bit of critical thinking. I never quite got all the way to being able to re-enter my now radiation-free crater of a town, but I got a lot farther than I have in other simulation games (dysentery took everyone in Oregon Trail), and that’s not from the game going easy on me or anything like that.

The writing is also pretty clever, as each day progresses by looking into a diary that the father is keeping as the family moves forward into the post apocalyptic world. There were several nods to pop culture ideas and events (Monty Python’s Holy Grail made a few appearances) and it read like a slightly insane narrator keeping track of what is clearly the worst thing to ever happen in the history of bad things happening. Far from making me push forward at a breakneck pace, I was able to indulge the writings and chuckle a bit at the situation without needing to really think “damn, I guess this is the end.” It takes a good presentation to make that happen, and I appreciate it.

The soundtrack is also a lot of fun, mixing a quirky, almost 1950s sitcom soundtrack into the dwelling of this concrete home. The perceived atmosphere is certainly one that can be grim without the right preparation and balance, so the music helps to make things that much easier for getting on through. 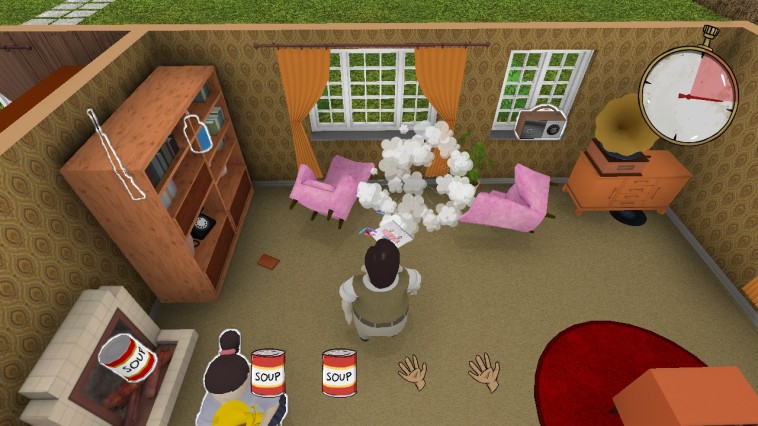 On the negative side of things, however, are two glaring, massive faults in the 60 Seconds world. First and foremost, the entire first half. To make the survival aspect more interesting and random, you start inside the house, less than a minute before the bombs drop, and are tasked with grabbing everything you can and jumping into the bunker. However, much like many actual preppers, our hero is dreadfully out of shape and moves at the same speed and grace as a goddamn hamstrung rhino. The first four times I couldn’t even make it to the bunker in time to save my own stupid self, and so I got game over before the game even began. The few times I did make it, it was either a.) with no family, b.) with no food or c.) with no way to survive the wasteland and forage for things once the radiation died down a bit. You don’t know how important a gasmask is until you realize that stepping outside the doors is instant death. All of this could have been avoided if my character had either stocked his bunker like everyone else OR had a clearer path between his kitchen (where he keeps almost everything) and the bunker. Also, what the hell, family? I know you’re scared, but get in the hatch, you don’t even need to go outside!! Thankfully, you can start right in the bunker, post bombs, in different modes, but that just feels like cheating since it dodges the main “intended storyline” of the game.

Secondly, the buttons are pretty awful on the Switch. This game was brought to the PC first, and I think the developers really wanted to plot something interesting or unique when mapping the controls to the buttons. But the result is sometimes using the joystick, sometimes using the C buttons, sometimes shoulder buttons and sometimes regular buttons. Trying to get together a person to head out into the wasteland took way too long, as every button did something different, cycling back wasn’t an option and accidentally changing characters reset the whole ordeal. In the end, I was content to simply starve to death rather than keep the same song and dance together in order to just go outside and waste five days for two bottles of water.

60 Seconds is certainly interesting, and I think that it could be an absolute blast for the right audience. It’s clever, it’s unique and there is a lot of potential for fun. However, between the lumbering setup and the obnoxious button control, I think I’d rather welcome the detonation with open arms than go through another 60 Seconds.