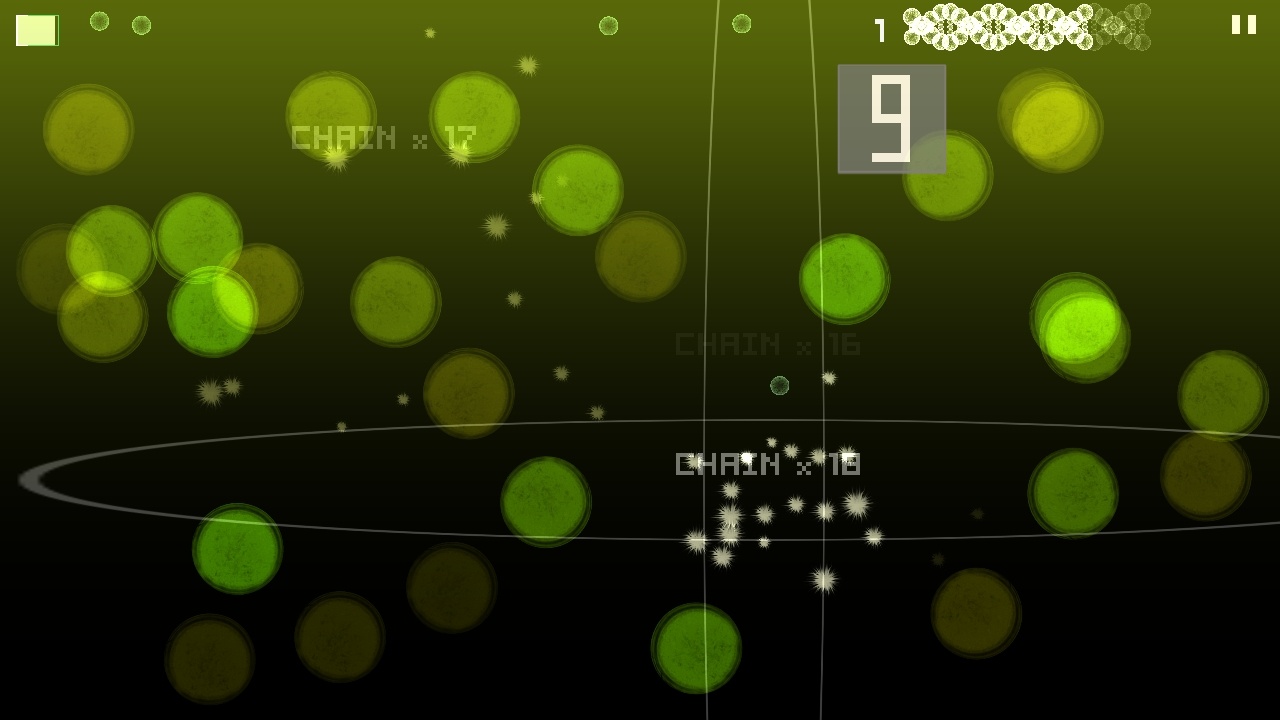 Have you ever fancied yourself as a scientist, or maybe even a god? Well now you can be, well sort of, by being a DNA architect in Nuclien, a puzzle game developed and published by Springloaded, out now on the Nintendo Switch.

Set in a world where there is no life, you are tasked with sequencing together the molecules of DNA that form the origins of everything that can exist. This can be achieved by advancing through seventy-seven levels where you find yourself selecting varying amounts of numbers that are used to bind together the very fabric of life. It all starts quite simply, with random numbers that pop up which you have to select before an onscreen timer depletes itself. It all sounds easy enough, but it’s not long before you find yourself battling against even greater time restraints and more complexity to the puzzles.

Played over five different strands of DNA, each framework of the genetic code offers different challenges. Even though the basic premise of the core gameplay stays the same, you’ll be tasked with selecting numbers that eventually begin to ascend or descend, create a mixture of both or produce a completely random mix-up where you have to unlearn everything that you had previously learnt. By adding extra elements into the gameplay, your subconscious will begin to form associations with the sequencing order of these strands. However, the further you progress, the more the game begins to mess with your mind as you frantically search for the correct components and multi-task; all the time still battling against a very unforgiving time limit, sometimes only allowing you the comfort of a split second in which to make your decisions. 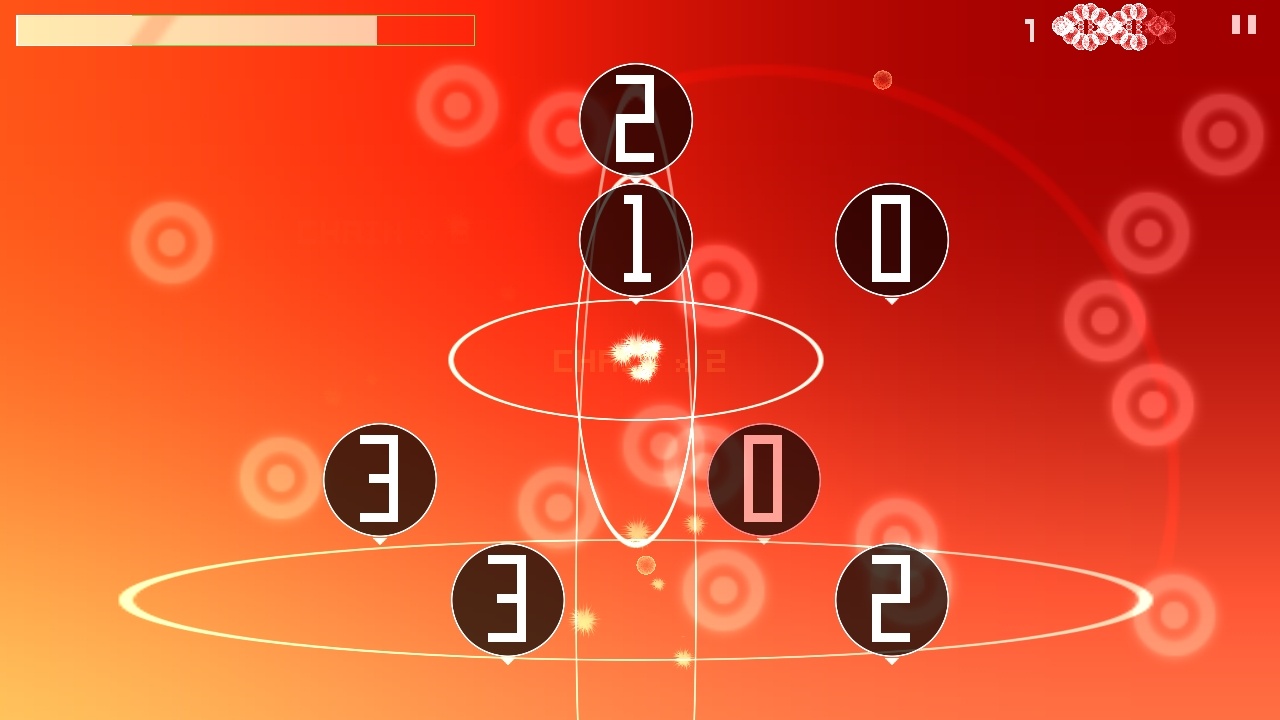 To add further insult to injury, the game also adds background distractions across the screen which will require the sharpest of focus in order to concentrate on the job at hand. Success will largely depend on how well you are able to decipher codes, how fast your reactions are, the agility of your hand/eye co-ordination and the ability to be able to multi-task.

Some people will, no doubt, find this game more difficult than others; but then the same can be said for the majority of games out there, regardless of their genre. However, help is on hand for anyone who is not quite as deft as others. By completing levels, you can add further time to ease the pressure of the next stage, although the constraints of these countdowns can still offer a pretty stiff challenge. As well as this element of the gameplay though, the completion of these levels will also reward you with ‘knowledge’, a form of currency which can be used to buy bonus upgrades in order to make your tasks a bit more palatable.

This ‘knowledge’ can be used in an in-game store where you can purchase the ‘Knowledge Bonus’, essentially adding an increase to the amount of knowledge you can gain upon completing each stage and the ‘Time Bonus’, an upgrade that adds even more time to any future levels. The more you play, the more knowledge you can accumulate and by increasing your knowledge bonus, the more time bonuses you can acquire thus creating a snowball effect to help you get over the more challenging levels; this element of the game becomes even more important the further you progress in the game.

If all else fails, then there is the inclusion of a time trial mode. This extra feature eliminates the boundaries of a timer, instead tasking you to complete each level as fast as you can in order to record the times on a leaderboard. Although the concept of this is sound, it ultimately fails as it seems to be a pointless addition, taking away half of the challenge which ends up playing more like a practice round in preparation for the real test of your abilities. Each level takes around one or two minutes to get through and, although you are free to replay any of the levels as many times as you would like, the possibility of ever replaying the game as a whole once you have completed it isn’t particularly strong as there really isn’t much content here to lure you back in. 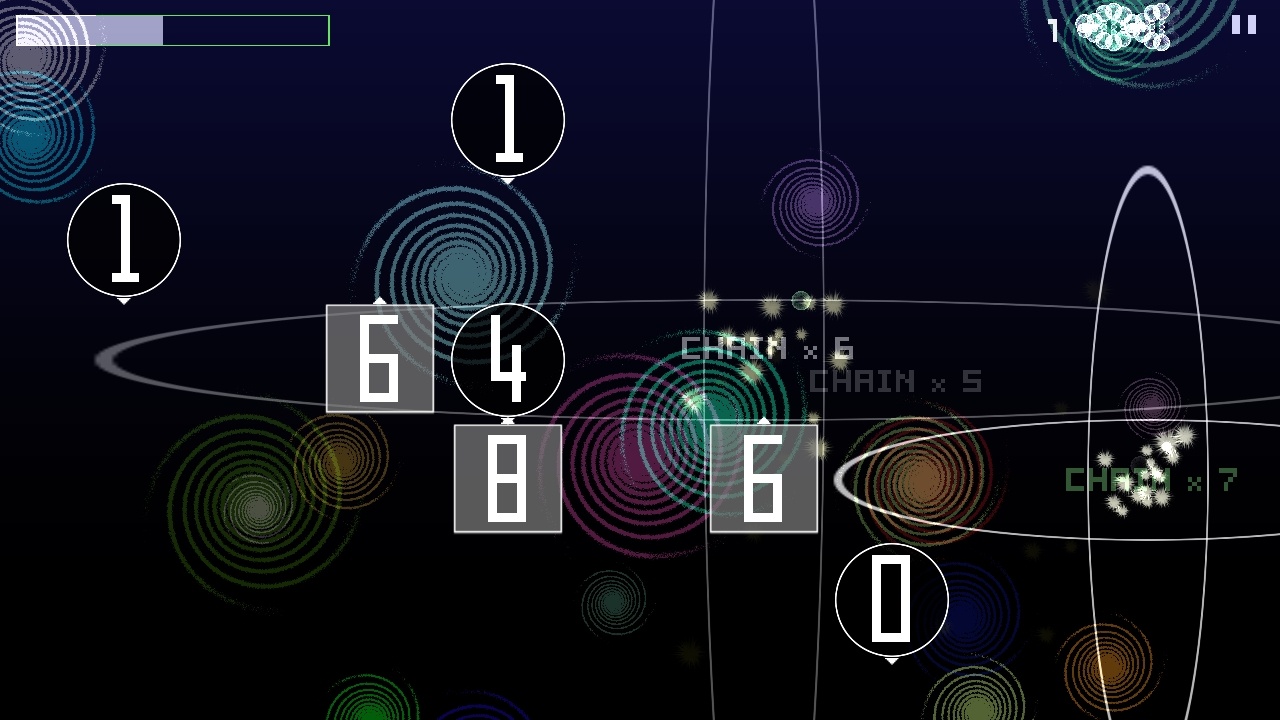 One thing that particularly worries me about this game is that there is no support for playing it whilst your switch is docked. Because of the nature of the game, it is only playable using the touchscreen. This is a worrying aspect as it basically takes away half of the switch’s abilities and it is very puzzling why this was ever developed for Nintendo’s platform when it is far more suited to a phone or tablet. I certainly hope that this doesn’t become a trend that others follow, as it could have disastrous effects for the switch’s future as a credible console. Aside from this obvious flaw, the rest of the switch’s capabilities are put to good use with nice sound effects and a satisfying electronic soundtrack, as well as a solid rumble with each strand of DNA correctly selected.

Despite its challenge, this is a very simplistic game in its execution that is extremely easy to just pick and play. If you like puzzle games with a quick-fire element, then there is a lot of fun here and does contain an addictive quality with that one more go mentality. The same goes if you are mainly a casual player and are looking for something to entertain you whilst taking a particular journey, especially with its pocket-money pricing. However, without a great deal of content and not much to lure you back in after completion it’s not a game that I would particularly recommend, especially with its glaring lack of docked support.