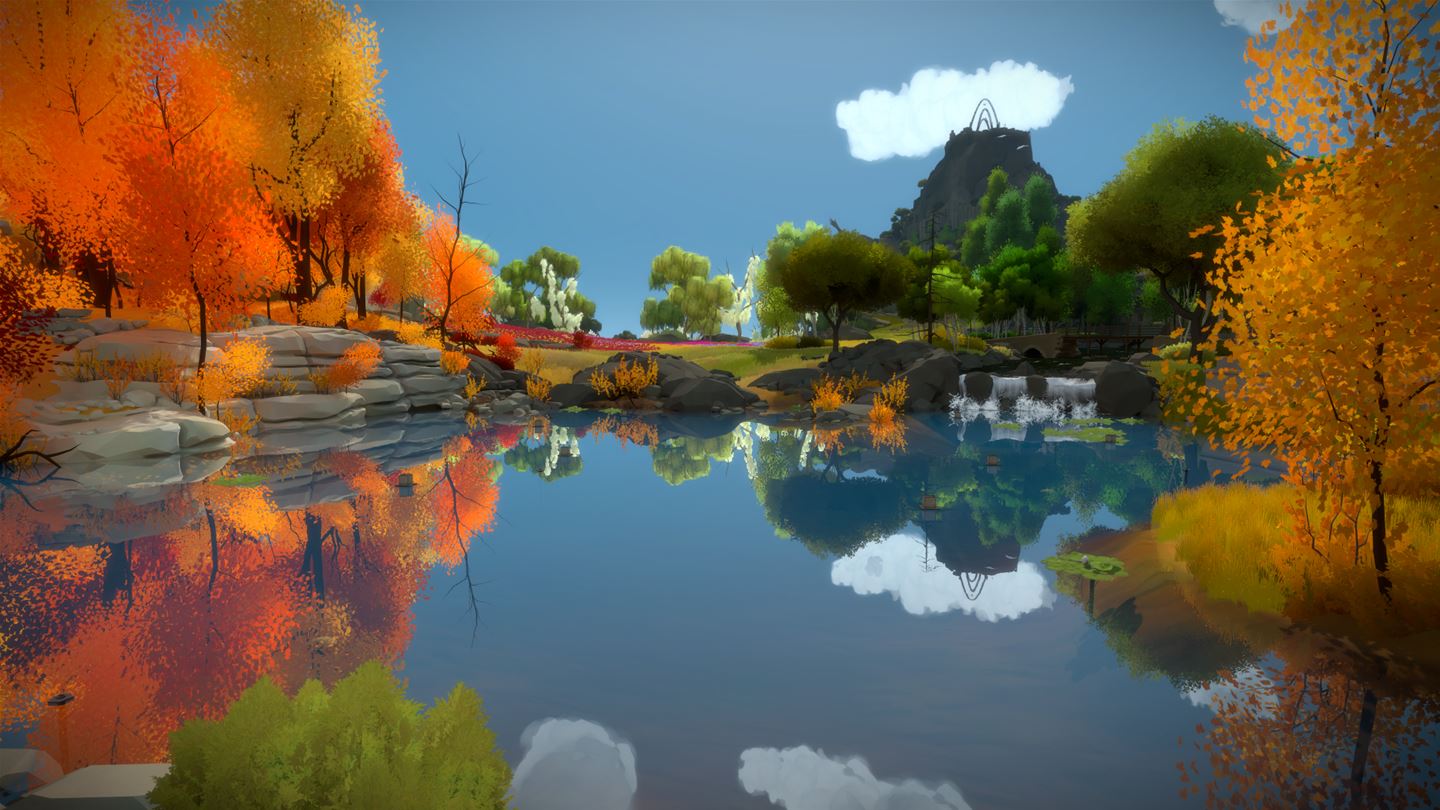 In 2008, Jonathan Blow took a well-established genre and created something thematically unique and technically magnificent. Simply put, Braid was a masterpiece. A perfect coming together of artistry and mechanical brilliance, it would be fair to say that it left an indelible mark on the video game industry.

The same is also true of his follow up, the Witness. Well, almost anyway. The Witness, in development for a whopping seven years is an equally impressive technically accomplishment with a level of artistry that many in the industry would do well to aspire to. Problem is, while it is undoubtedly fantastic in its own right, it doesn’t quite come together in the same way that Braid did with its subtle and often cryptic message diluted by the games’ bloated running-time.

Of course, that’s not to say that the game is a disappointment (far from it), it just never quite manages to hit the giddy heights achieved by Jonathan Blow’s 2008 work of genius. That might well seem unfair given how different the two games are, but again, it’s all about how the game comes together as a whole. Each of the individual aspects that make up The Witness are exceptional (the world, art design, subtle storytelling, puzzles – they are all fantastic), they simply don’t work together as seamlessly or effortless as they did in Braid.

The open-world is gorgeous but it basically demands linearity and has little in the way of interaction, the puzzles are inspired but they never move beyond the maze template established at the very start of the game, and while the obtuse storytelling does provide the player with an intriguing mystery to solve, with it being spread out over so many hours of gameplay (80+ if you want to see everything), its subtleties become somewhat weakened amidst the mountain of maze-like puzzles that require your completion. 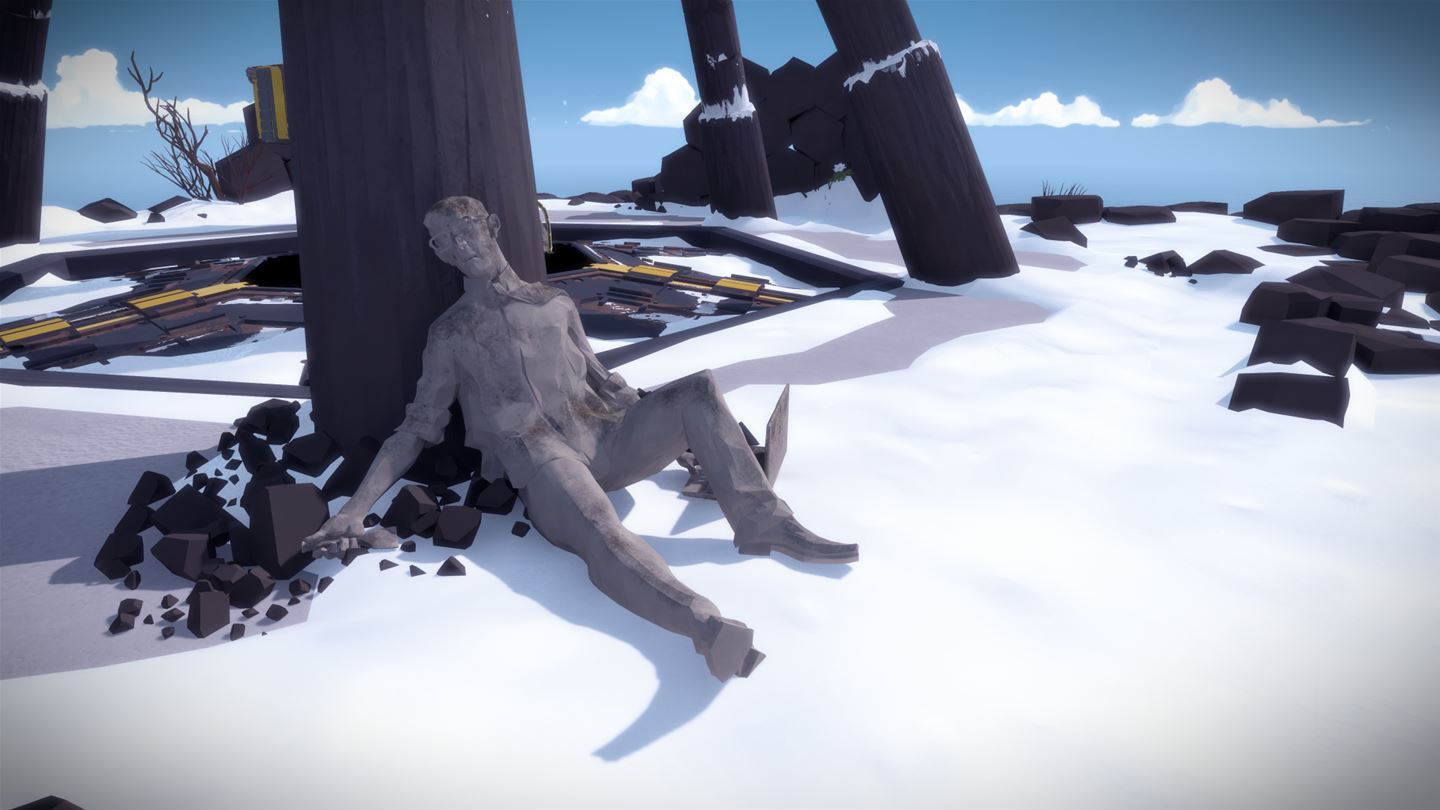 Yes, many people have already fallen head over heels in love with this game (something I totally get), but despite its many, many positive aspects, it’s a game that I feel should be recommended with a fair degree of caution. The Witness has its issues; not everything works together cohesively and it certainly won’t be for everyone, but saying that, and despite my protestations up to this point, The Witness does remain a rather special experience.

Its parallels and similarities to 1993’s Myst have already been well documented, but needless to say, these two first person puzzle games have a great deal in common. Both set on a mysterious island filled with an array of mind-bending puzzles, the influence of Cyan’s famous first person puzzler is clear to see at each and every turn, and if anything, should give you a good idea of whether this is the kind of game that you might be interested in as, despite the beautiful setting and the hints at a larger, deeper story, The Witness, much like Myst before it, is fundamentally all about the puzzles.

Honestly, let this game get its hooks in (something that can happen very easily), and you’ll find yourself seeing puzzles in your sleep. Despite all of them being based on a relatively simplistic core puzzle mechanic, these maze-like puzzles quickly escalate into large-scale mind benders. Each area that you visit essentially has a theme with the first few puzzles in each working as a tutorial. Essentially, the game teaches you how to work out these puzzles as you progress, teaching you the rules and techniques to solve them as you move deeper into the game. 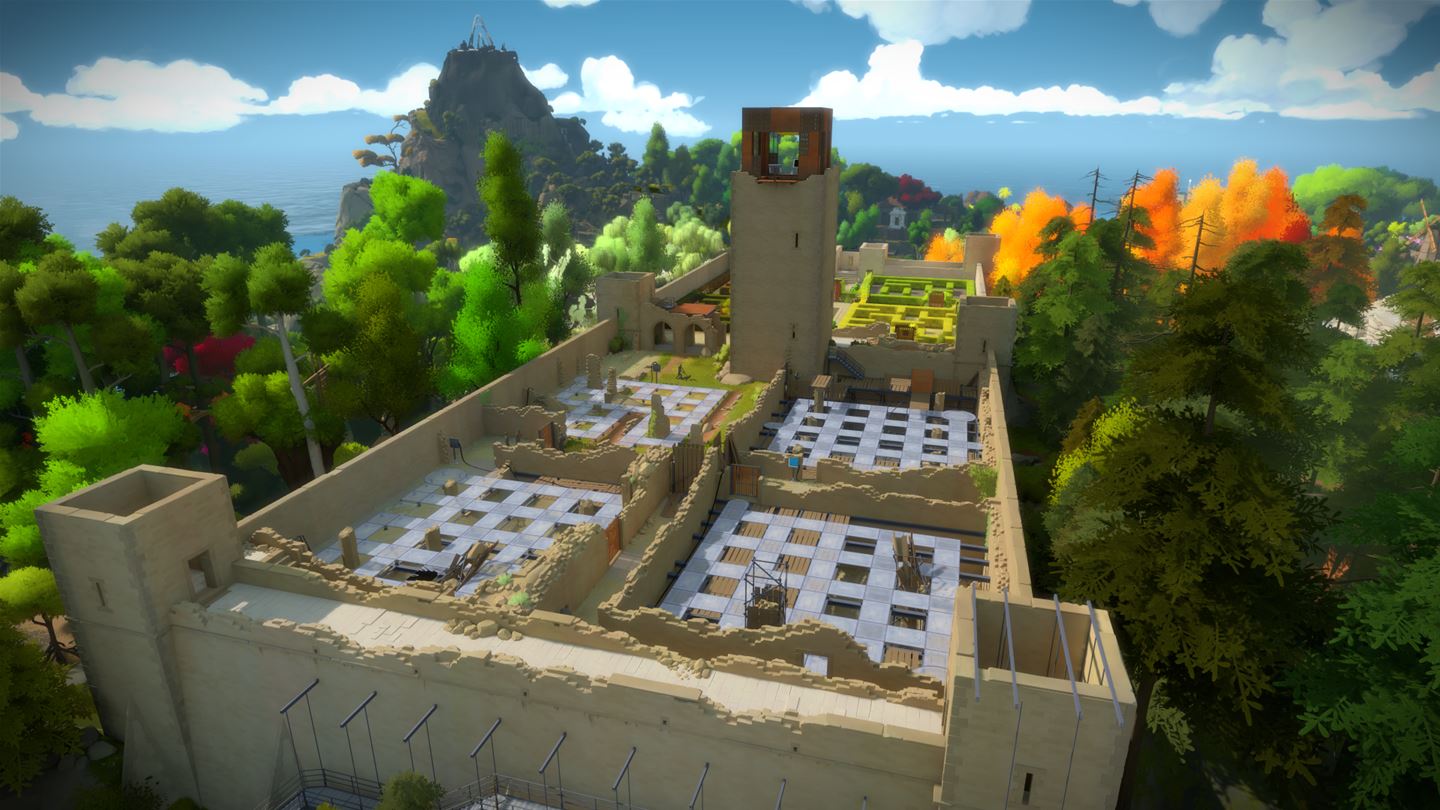 The way that it does this is undoubtedly inspired – the puzzle design throughout is absolutely fantastic with many incorporating your surroundings in ingenious ways. The only issue is, while the game is teaching you the language of these puzzles as you move through an area, the required previous knowledge does ensure that you’ll need to approach the game in a relatively linear manner. Despite being an open world, jumping ahead will often leave you utterly bemused without the prior knowledge that would have been gained by earlier puzzles. While that design choice does undermine the open nature of the world created, I would argue that it’s a justifiable cost given the successful evolution of the puzzles and the array of ‘eureka’ moments that subsequently ensue.

It might be a bit much for some, and there is no doubt that The Witness would have benefitted from some ruthless editing, but if you’re a fan of puzzles, The Witness delivers from beginning to end. There isn’t much else to keep you going (beyond the occasional audio log), but the maze-like puzzles are beautifully designed with the world created around them doing just enough to keep you progressing towards your ultimate goal at the centre of the island.

The Witness is undeniably self-indulgent; it’s too long, too single minded and occasionally, a little too abstract for its own good. It’s never more than the sum of its individual parts, but despite its issues, there is no escaping the fact that its individual parts are all universally fantastic. The puzzles are as compelling as they are plentiful, the art design is exemplary and the world itself a consistently compelling place to be. It lacks the magic that made Braid quite so special, but judged upon its own merits, The Witness is a worthy successor to Myst and one of the finest and most ambitious puzzle games of modern times.