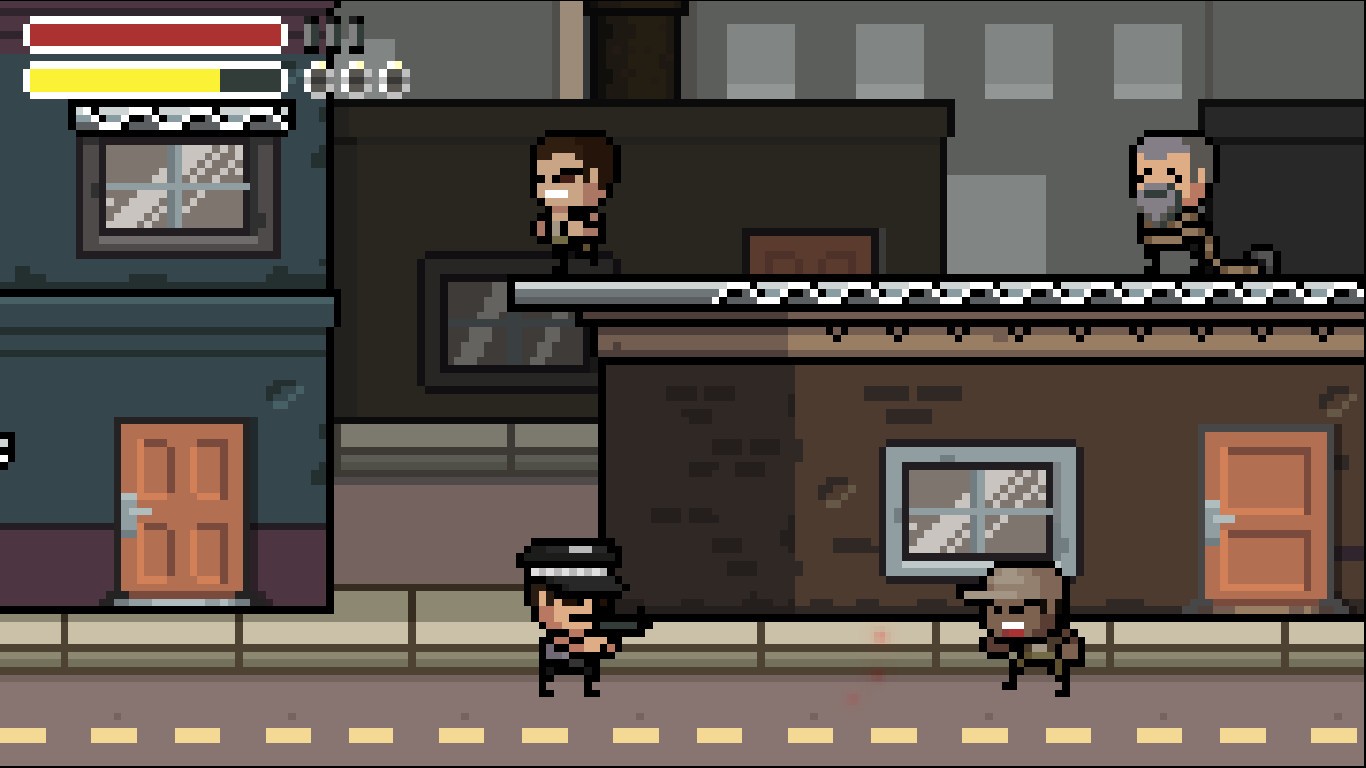 Growing up you are surrounded by lots of things that you become part of as you get older. You understand the importance of being part of a team, whether that’s in the office, on the pitch or even with your mates. Being in a team with your mates is more like acting as part of a gang. Gangs generally get a bad name but gang means a group, a group who has some kind of cause, whether good or bad, but as part of the gang you work towards it. Brotherhood United is effectively a gang warfare film in its simplest form. 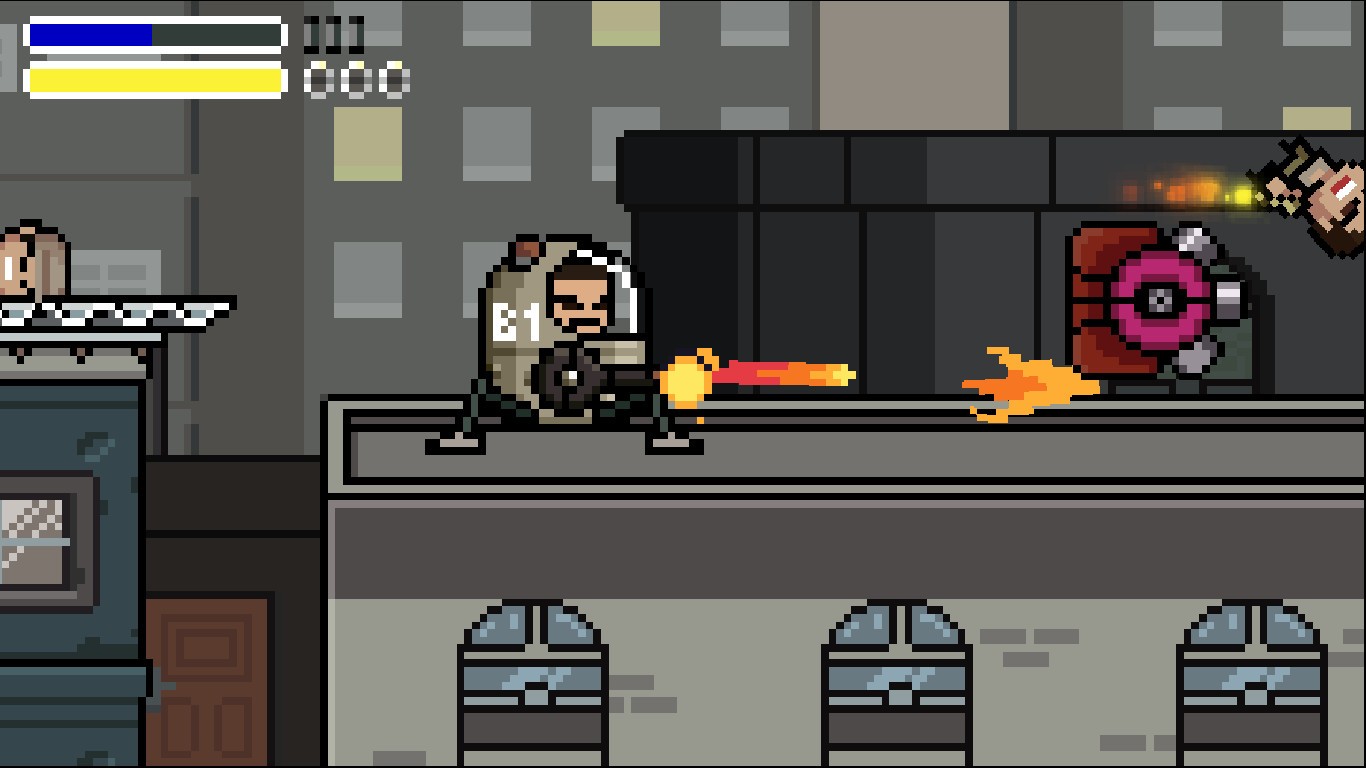 Brotherhood United is another classic example of a homage a simpler time, it’s indie retro references are plain to see and Brotherhood United also plays like an arcade game. You start off in Brotherhood United with a pistol, as you progress you will come across plenty of weaponry to help you proceed. You can also find bombs and throw them, but they are finite in supply. You have a health bar that can be replenished, Brotherhood United is quite an easy game so it’ll be rare that you’ll need to pick up many of the health power-ups. Brotherhood United contains simpler mechanics, you can only shoot in eight directions, most of the time you’ll be shooting forward but it’s easy enough to shoot diagonally. If you die too many times, then you will need to restart the stage from the beginning.

Whilst there is a lot of shooting and running in Brotherhood United, there’s also a fair degree of platforming. Unfortunately for Brotherhood United this is probably it’s worst part, it contains the kinds of jumping mechanics that frustrate more than they challenge. You come across several Brotherhood members on your travels, just remember to be near them, to save them, sometimes you can shoot the rope that’s holding them back, but you still need to be close to them so they understand they can now escape. Enemies are pretty easy to beat, even the bosses can be beaten without too much of a hindrance. Thankfully, there is co-op in Brotherhood United, this definitely adds more replayability and makes the experience more fun with a friend. 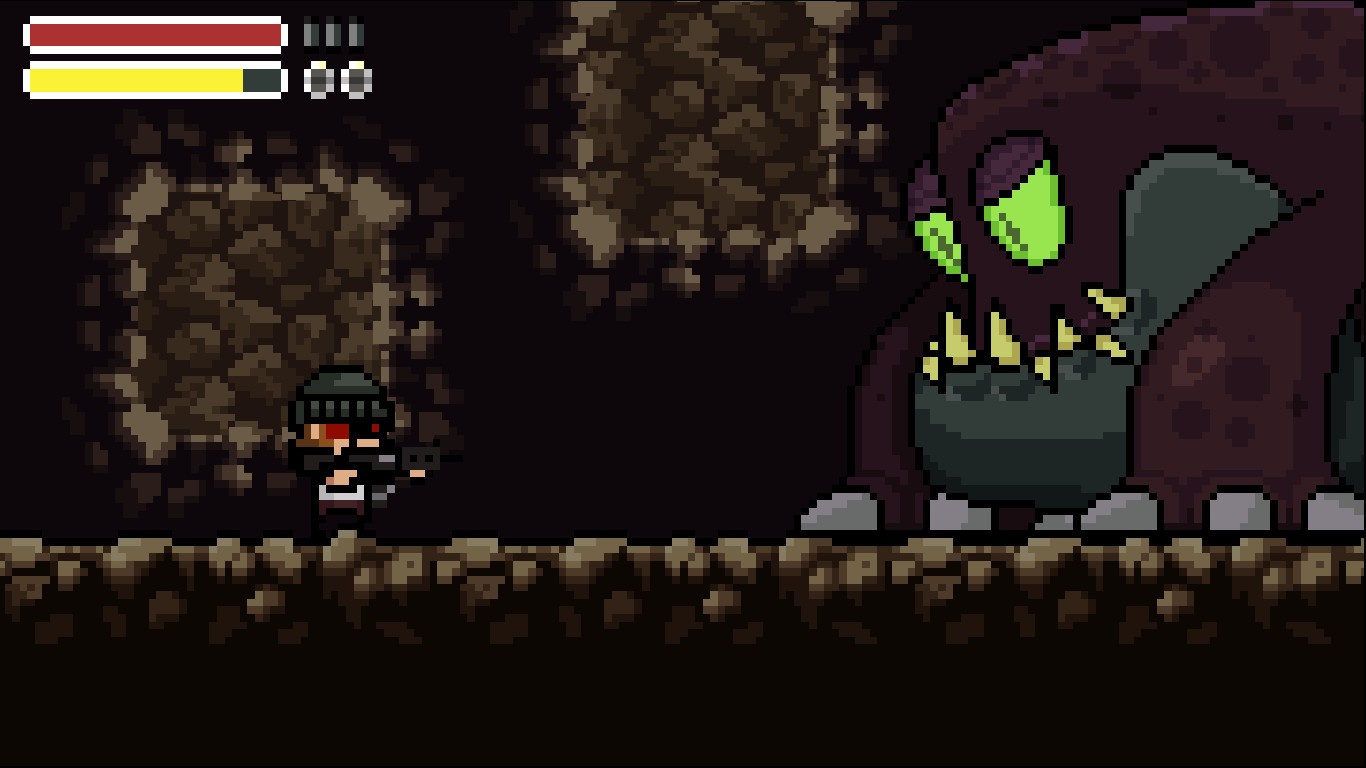 Brotherhood United is a charmingly fun little title held back by limited mechanics and graphics which are a tad painful to look at. The running and gunning aspects of Brotherhood United work well, but the platforming leaves a fair bit to be desired for. If you’re looking to kill a couple of hours by yourself or with a friend then Brotherhood United offers some enjoyment but it’s not a game you’ll go back to once you’ve saved The Brotherhood.

Your Bro’s have been kidnapped, time to Bro up!