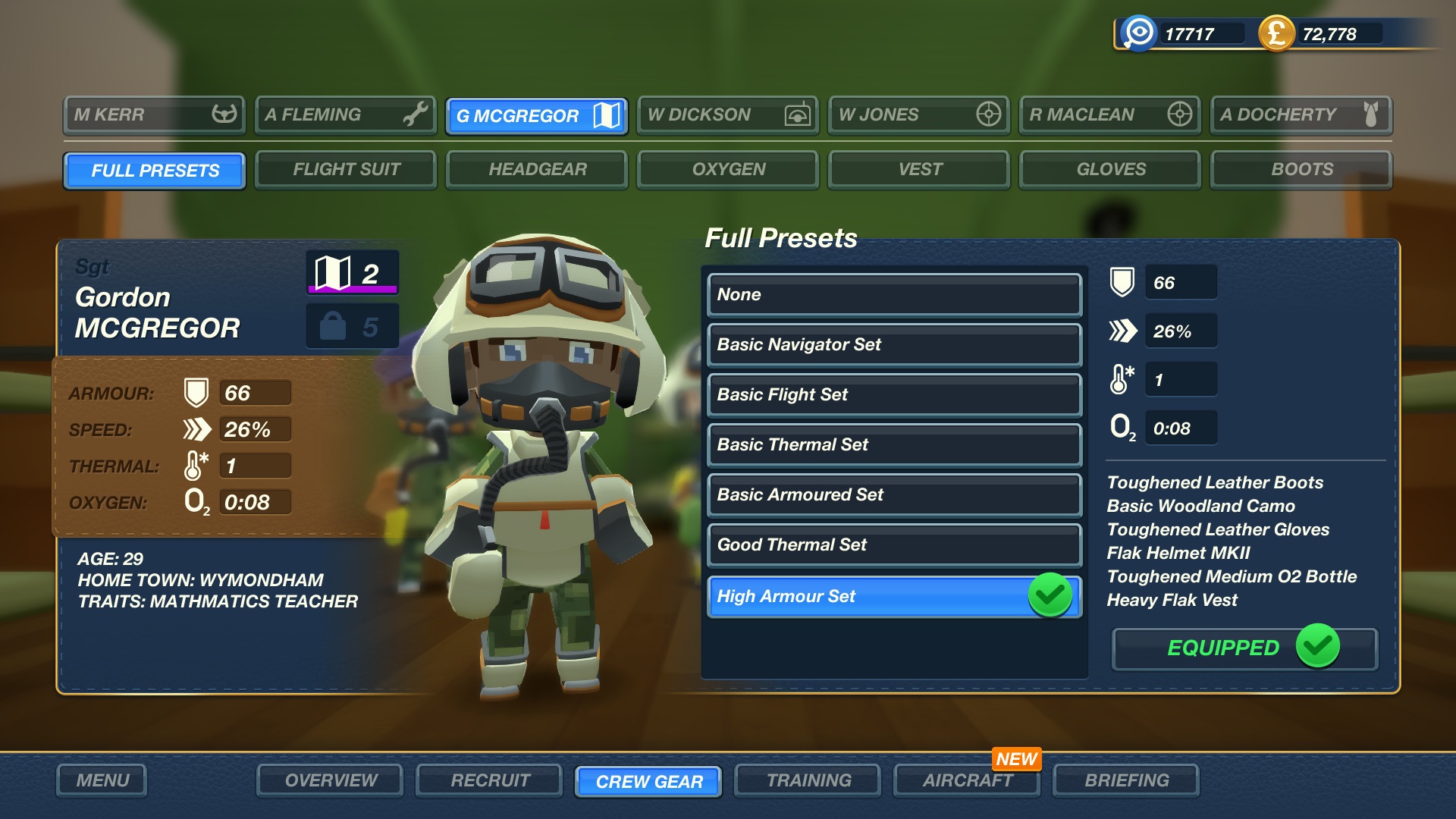 Take to the skies of Britain and Europe in a world war 2 bomber in this fantastic game by Runner Duck Games. Bomber Crew is a strategic simulation game that puts you in control of a bomber in the height of the second world war running various missions from bombing key German sites like tank factories and ammo dumps to providing air support for ships preparing for a naval attack. The game has the player controlling each member of the bombing crew whilst it is out on its missions, so you must deal with the tasks of making sure your pilot is staying on the correct course whilst also making sure that your gunners don’t run out of ammo.

This game shocked me at first because I wasn’t expecting it to be quite so physics heavy. For example, you must watch your fuel levels in the different tanks and if one tank starts leaking from sustaining too much damage then you can have your engineer turn on the fuel pump and pump the fuel from the damaged tank to the remaining tank until it can be repaired. There is also drag applied to the plane when you do things such as leave the landing gear down and leave the bomb bay doors open so it will slow the plane down and increase fuel consumption. 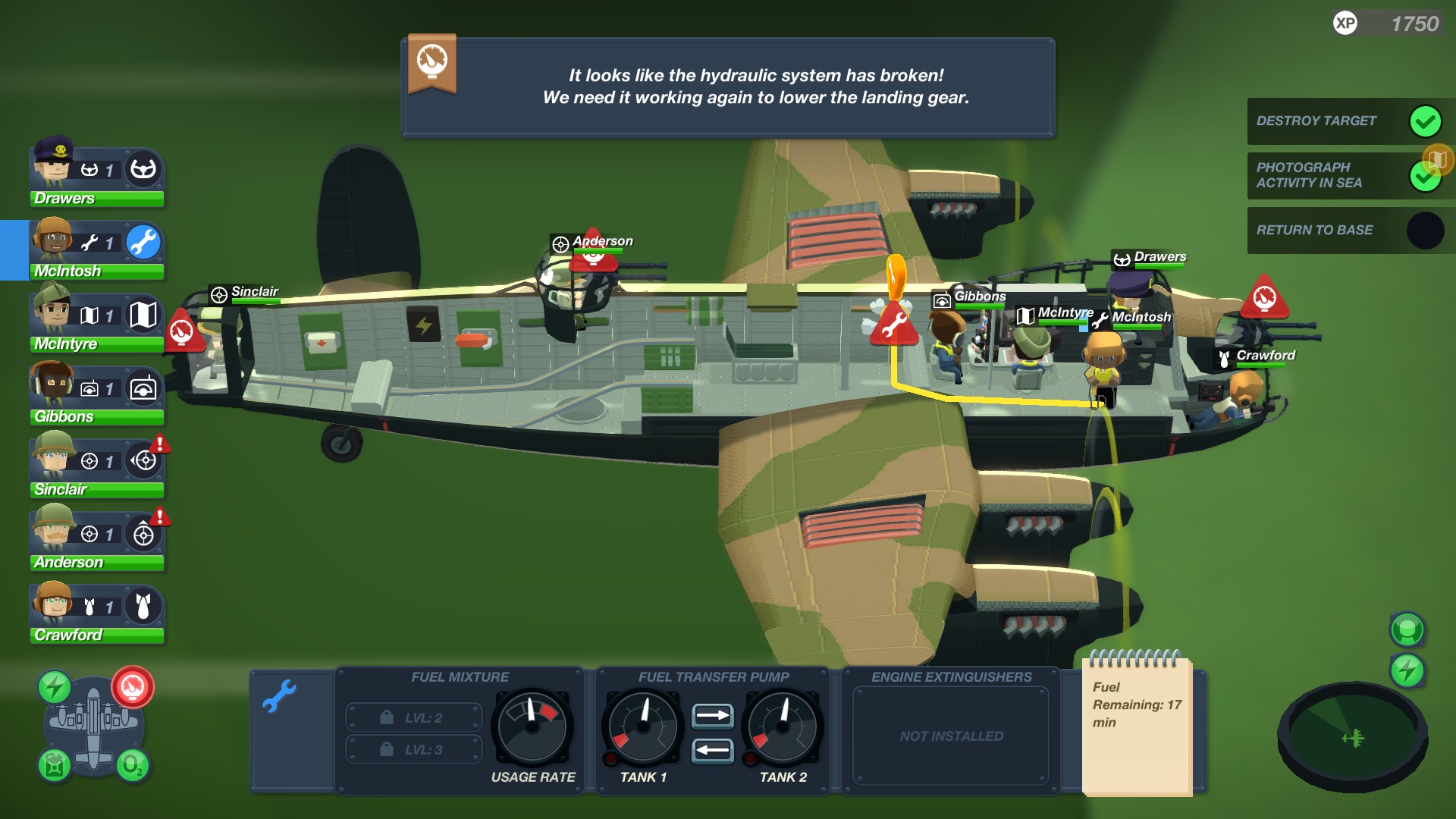 The graphics in the game are something that I find a little strange for how realistic the game seems to have been made to be because it is designed in a low poly format and the colours are all very bright, so it seems like graphically it has been designed more towards the sort of style that you might find in a game that a young child would play. The gameplay itself is really addictive I haven’t stopped playing for days. Its missions are always fun and have you going in each time with no idea of what the result will be. But sometimes the game can be a little punishing and make you really frustrated when your plane gets destroyed which results in you losing all your plane upgrades and high-level crew and for a moment you consider quitting and never coming back, but then you just don’t want to give up there and you want to beat the mission, so you get straight back in there with a new plane and new crew in hope of succeeding next time.

Where the game is very fun and very addictive it does have a few downsides and flaws. For example, the biggest error I have seen so far is when you unlock new clothing and armour for your crew some things have displayed as the wrong category for example it displayed I had unlocked a new pair of gloves for my crew but it categorised itself as a new pair of boots when it told me what I had unlocked, it’s not something that ruins the game and certainly does not affect its playability it is just more of a simple mistake that requires a quick fix by the developers. 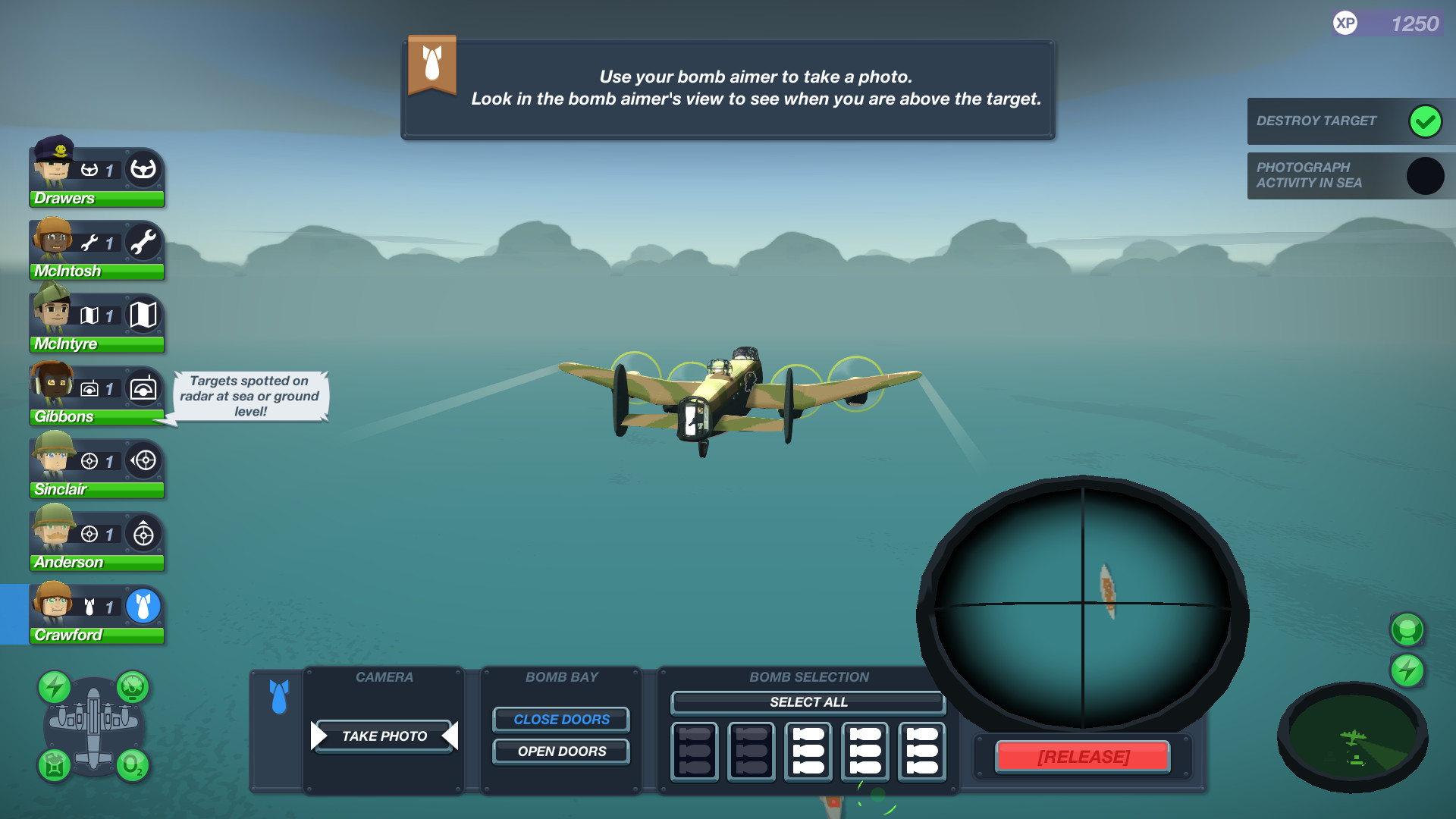 From a gameplay perspective the game is really fun and really challenging at the same time which makes you want to come back for more. However, the missions do seem to get quite repetitive after a while as you just end up doing the same thing over and over with the “Critical Missions” being more unique in comparison to the rest. Another issue I have with the gameplay is that the game claims to have a campaign but from what I have played so far there is not really any story behind it and has no plot that you are following it seems more like they are just using the idea of a campaign to explain the steadily increasing difficulty as you play your way through the game.

Overall my personal opinion of the game is very high, it is incredibly fun and can have you playing for hours without getting even slightly bored and it is not just me saying this as you will see from the fans responses and other reviewers it is becoming a massive hit.  As for replayability I believe you can come back to this game as many times as you like, and it will always be fun to play and not get old. I would easily recommend this game to anyone who likes a fun strategy simulation game.