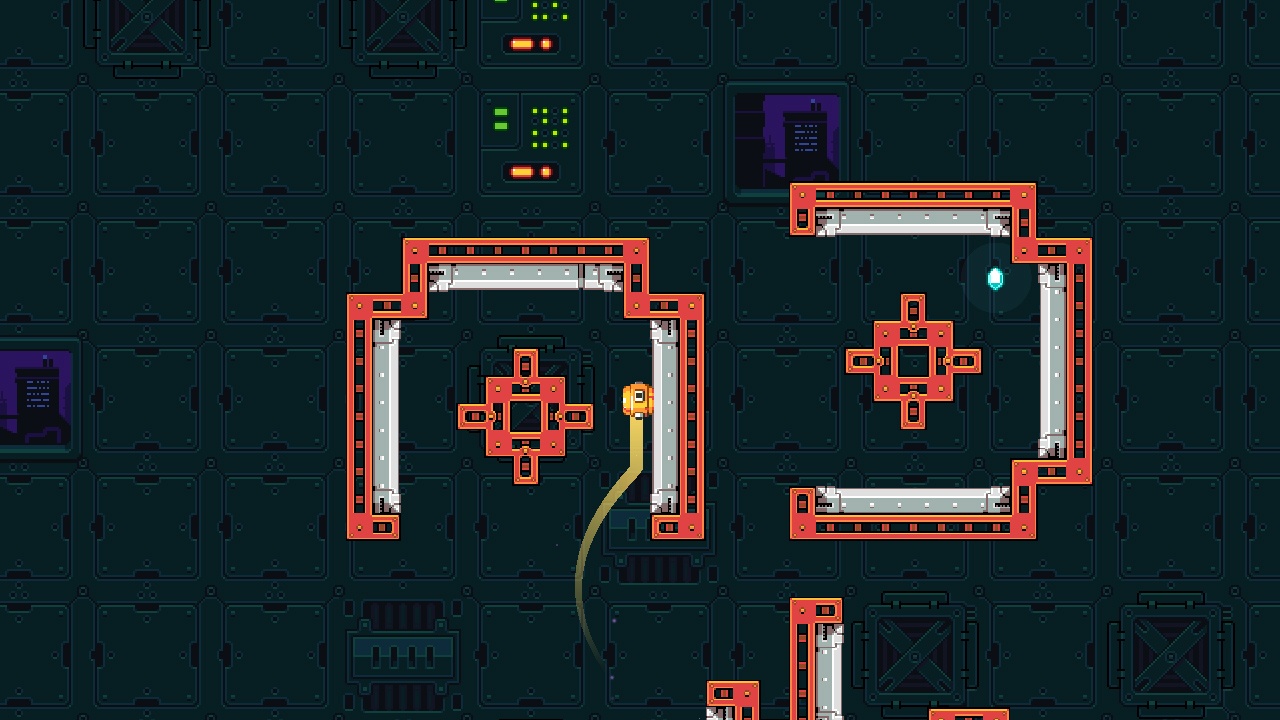 Have you ever sunk hours upon hours into a game that no one has ever heard of? Sure, there are plenty of folk who’ve run the realms of Overwatch, World of Warcraft and even Ultima Online, but what about the outliers? The ones still playing NeoPets, or the millionaires of EVE Online who I believe exist but I have never, ever met? Hell, as I’ve mentioned before, the Kingdom of Loathing still pulls thousands of unique visitors daily, but I still have no idea how I ever found the game and I’ve met exactly one person who also played it in the years since. But the truth remains that some games garner massive player bases without ever touching the circle of entertainment that you, yourself, may run in.

Super One More Jump is an example of just such a game. PREMO Games partnered up with SMG Studio, who helped bring us Death Squared several moons ago. Interestingly, it seems SMG Studio has been quietly pushing out some “One More _______” titles over the past couple of years, and they’ve gotten some modest success, attracting players and fans with simple concepts and addicting gameplay. Super One More Jump is the be all, end all version of One More Jump, a game that was popular on the Google Play store until someone seized the name and slapped it onto a vastly inferior variant. In any case, Super One More Jump is a one button concept that’s simple: jump to reach the goal safely and collect some gems along the way. Each level has three gems to get, and you may need to run around several times in order to get them all. If you touch spikes or surfaces that aren’t safe, you die and start over. You can’t control how fast you run, only how high you jump, and that’s, again, just from one button. 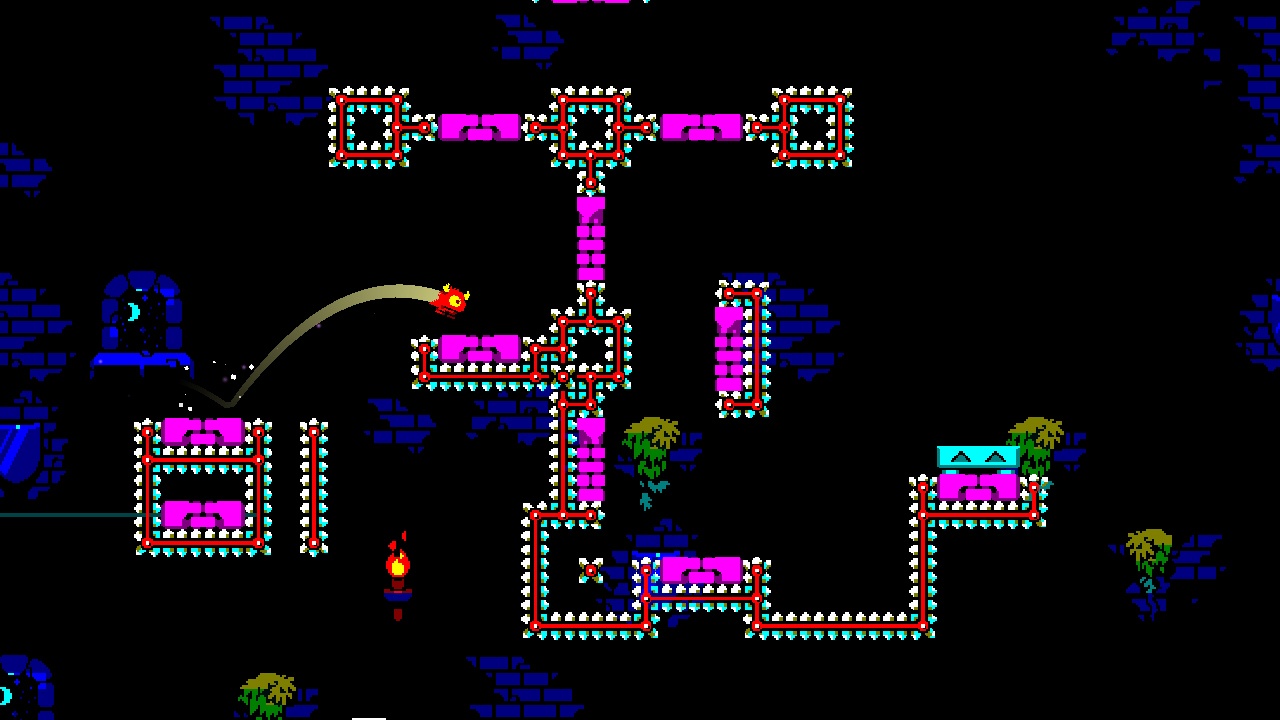 First and foremost, this is a great and clean execution of such a simple idea. Super One More Jump knows that it comes from mobile gaming beginnings, and does a lot to help prove that it can be more than just a phone game. You realize immediately that the responsiveness of the one and only button that matters is drum tight, and this is incredibly important. Since our little cubic mascot can’t control his own speed, timing the jumps just right to a.) clear hurdles and b.) grab those precious gem stones is everything. This is one of those games where you can turn off all other functions except your eyes and a single finger and focus, really focus, on what you need to do next. Trying to do anything with the joystick makes you look and feel dumb. Instead, work on hammering out the right time and length to push the jump button, and you’ll be rewarded for your efforts by getting a perfect score. Don’t worry about time. Just get those gems and don’t die.

As far as the level designs go, Super One More Jump starts off with an easy but ominous note to everything. The first 12 levels, which make up the first world, are surprisingly expansive and take you into multiple screens before you even hit level 6. The procedure changes from “simple jumps to get gems” to “faster reflexes to nail wall changes.” You realize that gravity doesn’t work the way it should depending on a platform’s design: sometimes you can loop around to the underside of another floor, sometimes you fly off into the dead of space. Visual cues and learned behavior teaches what is safe and what isn’t. You also find out that the gems are cumulative: if you only get one the first time around, you can grab the other two for a later run. This felt incredibly supportive on the game’s behalf, like it realizes that you won’t have as much fun if you keep needing to pick up the same gems over and over that you already got in order to grab a third that’s elusive. A strange word to find in a mobile-based title: supportive.

But that’s really just it. Super One More Game goes above and beyond to make the levels challenging, even frustrating, but not impossible or hateful. When you have to do insane, split-second exchanges to avoid death and get to the goal, it feels like PREMO is cheering you on in the process. There isn’t anything vindictive, just positive, and that comes through with the upbeat soundtrack and the classic style that Super One More Jump handles itself with. Already beat a level? Awesome! You can go back and try and get the gems, and, once you do that, we have even more options. Try mirror mode. Night mode. Tilt screen mode. You can play a level to death to really know it inside and out, then move on to ninety six main levels, each with the aforementioned three variants, to play and truly max out the amount of time you spend inside this game. And that’s just scratching the surface. 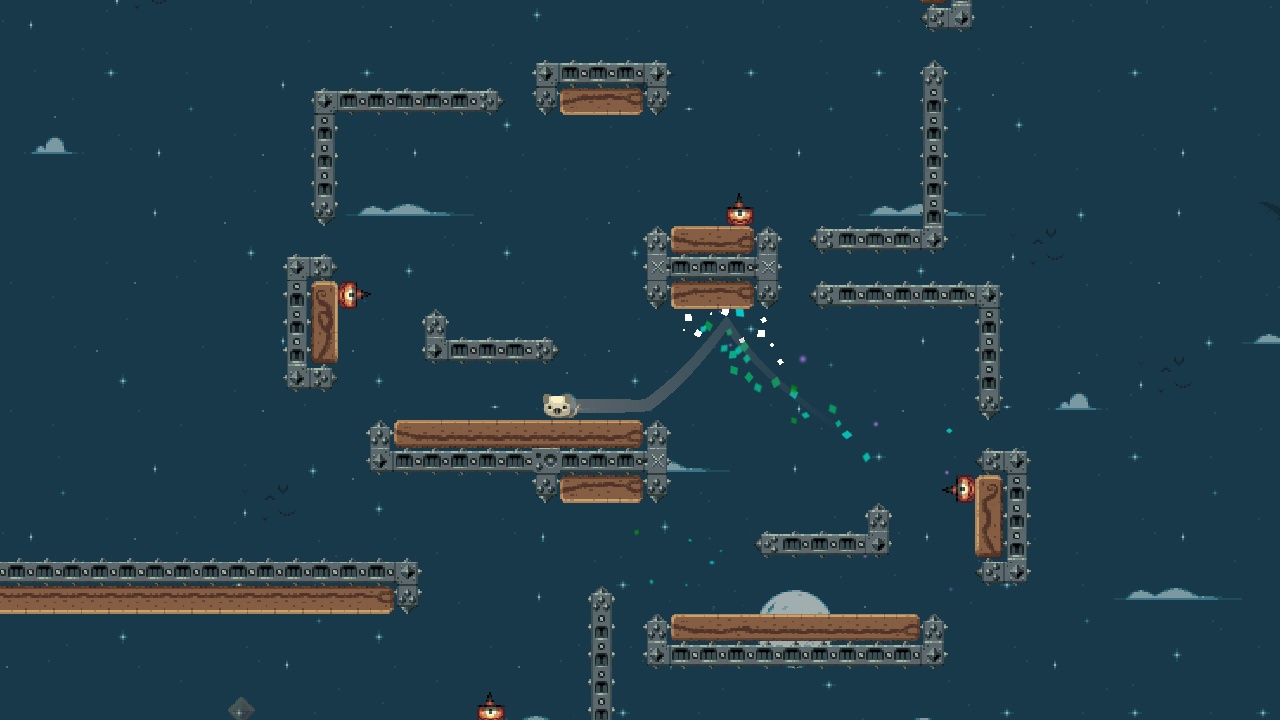 Besides the endless mode, circuit levels and special “murder your face” stages, there’s also an entire aesthetic shift I haven’t mentioned. The primary skin for the game is one of an updated version of how One More Jump looked back in the day. However, like I said, this game ended up with a pretty solid and dedicated fanbase, and nowhere else does it show as nicely as it does here, in the skin changes. There are eleven different skins for the game, and I don’t just mean the character. I mean that this completely changes the way the game looks: you can shift from a game about a happy block to one about a little kitty blob that’s running around a Japanese yokai setting. Or some creepy, semi-demonic sci-fi realms, complete with a hideous amalgam of a protagonist. These dedicated fans of One More Jump completely redesigned how they thought the game should look, and the developers said “Fantastic, let’s put those in the game.” Best of all, each of the skins also comes with several different character sprites to use, and they can each be unlocked by (drumroll) collecting and spending the gems you obtain from the stages. You don’t even need to unlock them in order: if you really like the knights and portals setting, just focus on getting all the characters from that set. It’s seriously that simple.

What’s truly amazing is that Super One More Jump made me care about a game that I don’t think I’ve even thought about in years. It took all of these inherently great ideas and managed to buff them up into something that genuinely makes players sit up and take notice. This isn’t some quick and dirty port that we already had on another platform or even mobile device: is this a brand new release that may be seeing first life on the Switch, if not all current generation consoles. If you can, give it a shot with a friend (yes, there’s 2-4 player mode that I didn’t even mention) and see how fun it is, and I highly, highly doubt you’ll be disappointed with how far you’ll be pulled into this title.