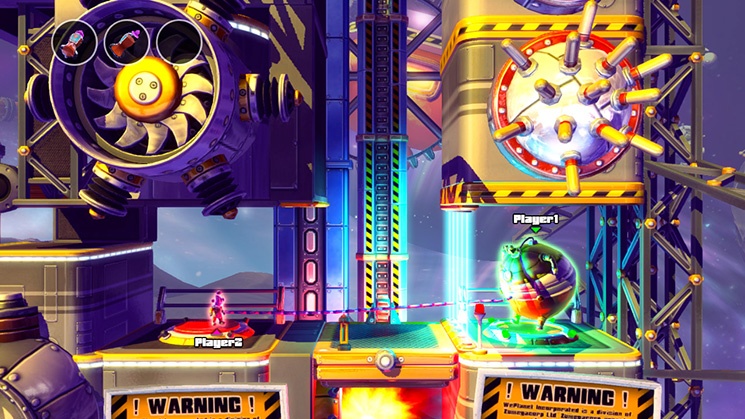 You know, gamers can be a pretty hard bunch to please. There are so many elements that make up the substance of a video game that striking a balance that satisfies everyone can be a very rare product indeed. If it’s not graphics over gameplay or gameplay over graphics then it’s context over content or content over context. Whatever your view, one person’s enjoyment can be another one’s distaste and vice versa. This is something that was particularly highlighted in 2015, when a game called Shiftlings was released on a number of platforms. Despite being an award winning title, it received mixed reviews and its reception was mainly luke warm. Now Shiftlings – Enhanced Edition, developed and published by Rock Pocket Games, is coming onto the Nintendo Switch. So how does it fare now, three years on and, more importantly, will its enhancements produce a more, warmer welcome.

For those that have never played the original title, Shiftlings is a puzzle platformer that sees you guiding two hapless aliens through various structured landscapes. Presented in a reality TV style setting, you are tasked with carrying out certain repairs amongst these space-based establishments. However, there is a twist to the proceedings. Our two handy-men, well, aliens are tethered together by an air hose and, due to an unfortunate accident at the Hola Cola factory and a certain level of flatulence, have to inflate and deflate each other’s spacesuits in order to traverse the various obstacles that stand between them and their objectives.

The game boasts an impressive fifty-five levels that are spread over five distinct and stunning worlds. These levels offer a well designed challenge as you jump, bounce and dangle your way through some very balanced puzzles. Although challenging at times, the solution in advancing further is never that far away; with some careful thinking your efforts can be rewarded in a very satisfying way. With this enhanced version of the game, the aesthetics of these levels are very pleasing to the eye. The graphics are sharp, bright and colourful and the gameplay boasts an impressive 60fps, making it a silky smooth experience; something that not many titles on the switch can make a claim to. 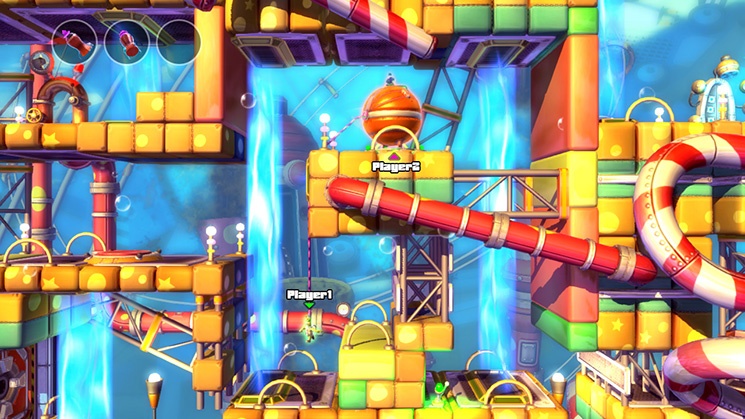 The level design, progression and pacing have all had a makeover too, as well as the addition of the switch’s HD rumble feature. This all adds to a game that now has the presentation and feel of a triple A title. There is also a great deal of humour throughout, with some genuinely laugh-out-loud moments; especially within some of the cut scenes, although admittedly, these scenes are few and far between. The television presenter gives his own quirky commentary to the proceedings as well, offering his own little sprinkling of comedy depending on whatever actions you may be performing on-screen.

As well as a single player element, Shiftlings also offers local co-op multiplayer with respective players controlling one character each with hilarious results. Although entertaining as a single player game, this co-operative element brings a whole new level of the fun that can be had and can also further extend the lifetime of this title. When you include this with its number of levels and puzzling challenges, there is a lot of content here to keep you entertained. As well as the basic elements of the gameplay, each level also contains three bottles of Hola Cola, a soft drink, which you can collect. These items are strategically placed that require a level of thinking on how best to retrieve them. However, collecting a certain amount of these bottles, fifteen and thirty respectively, opens up extra boss and bonus levels, further adding to the longevity of the game.

Despite the enhancements that this package now contains, the control scheme remains the same as the original title. Unfortunately, this was one of the elements which was often responsible for the luke warm reception this game received when it was first released. With separate buttons for the deflate/inflate mechanics and another button for character selection, as well as further bindings for jumping and moving in unison, a good deal of confusion can set in to the gameplay. Although highlighted, remembering to switch between characters, or remembering which character is being controlled, can often to lead to mistakes when trying to overcome some of the obstacles. This in turn can also lead to the demise of your alien duo, sometimes forcing you to start the level over again; although one or two checkpoints are strategically placed around each level in order to combat this. Although the control scheme can seem confusing at first, with careful playing you can soon become accustomed to the set up and the multiplayer element also helps to combat some of the difficulties in this confusion. 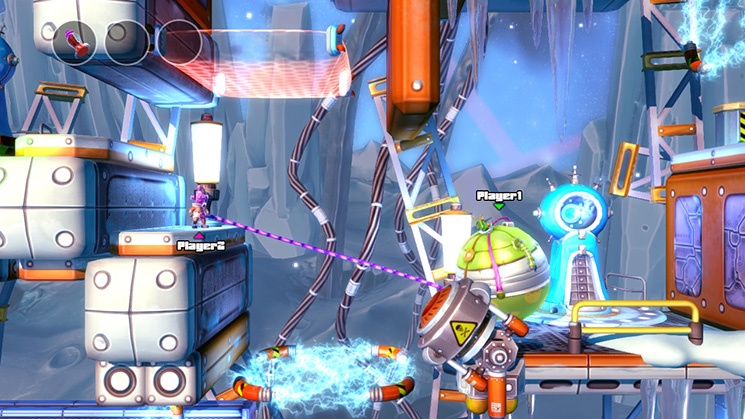 Whether you prefer to play the switch docked or in handheld mode, or even both, this game looks and feels as if it was made for Nintendo’s console; there is even an option to reduce the framerate to 30fps in order to save on battery consumption if playing the game in a mobile capacity. The enhancements made for this edition have certainly improved certain aspects of the game, however, a few of its less-welcomed features have remained. Some of the voice over commentaries can become slightly repetitive when overheard and the control scheme can take some getting used too. I wouldn’t say that these combine to make a bad game though.

So, with this enhanced version of the game, will it be enough to satisfy the gamers of the world? Well, it most certainly has graphics that are detailed and pleasing to the eye and also contains an abundance of gameplay, all running at 60fps. There is also plenty of content that can entertain for hours and the overall context of the title offers a well rounded package that bears the same similarities as what a triple A title would. Ultimately though, it all comes down to the natural order of things: you can never please everyone all of the time. However, if having fun is the most important factor for you as a gamer, then this is most certainly a game that will satisfy.