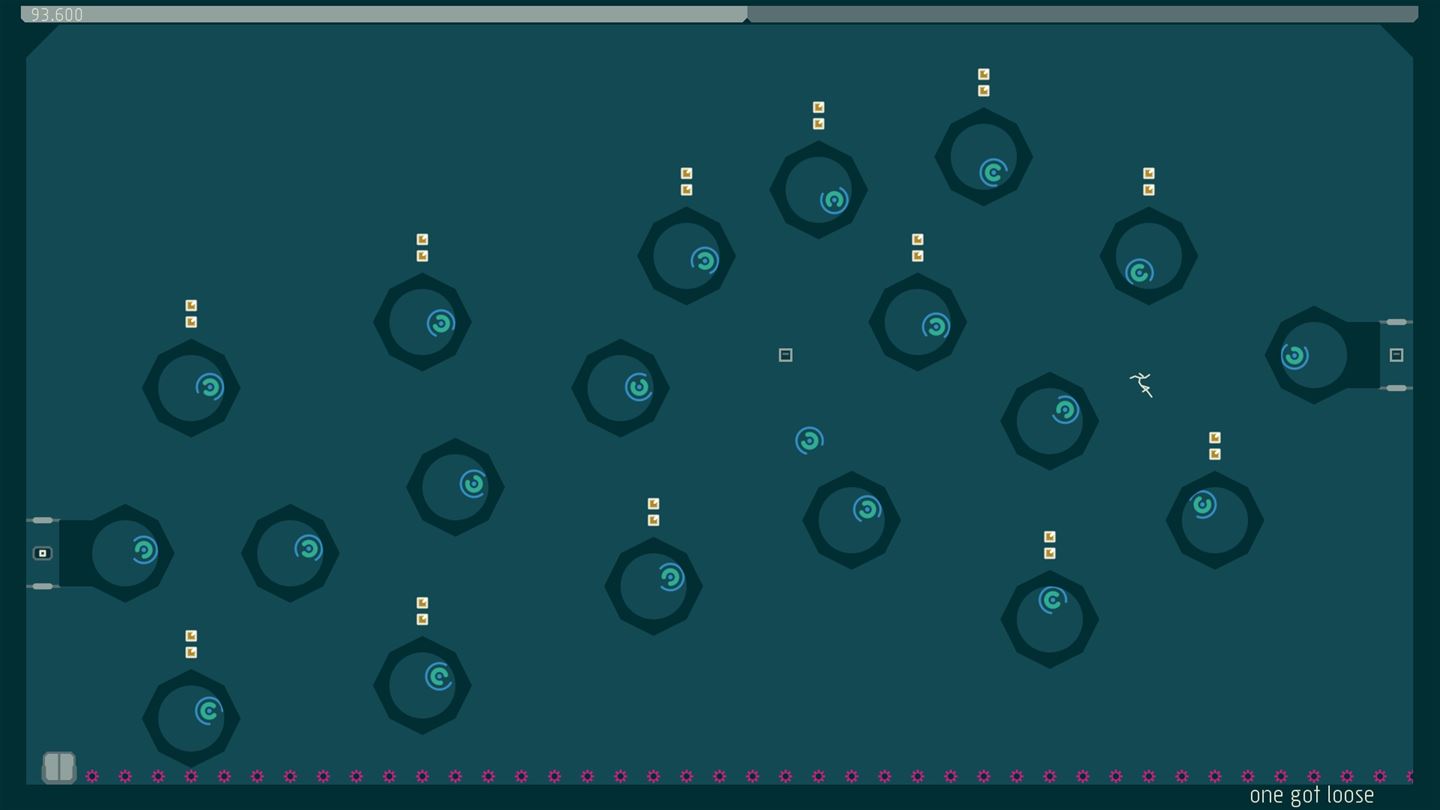 On the 28th July 2015, developer Metanet Software published N++ on the PlayStation 4 with this game being the third instalment of their series, with it later being released on Microsoft in and Mac in 2016 and on XBOX ONE in 2017. The Game is a simple platformer yet offers a surprising substantial number of unique and varied levels.

The story to the game is that ninjas, who follow the order of N, are training and executing different tasks which involve using momentum and collecting as much gold as possible. The story can be found on a tab on the main screen, although the game could easily get away without needing a story to explain but it is a nice little addition which shows that they care about this game.

The gameplay of N++ is quite simple, all you do in basis is run and jump! This may sound quite dull but by including a momentum mechanic to the game which means the faster you go the better you jump of walls and ramps, it is extremely satisfying to run through a level. Although you need to be careful as momentum can by your enemy if you are going to fast and you land wrong or are unable to dodge an incoming obstacle. 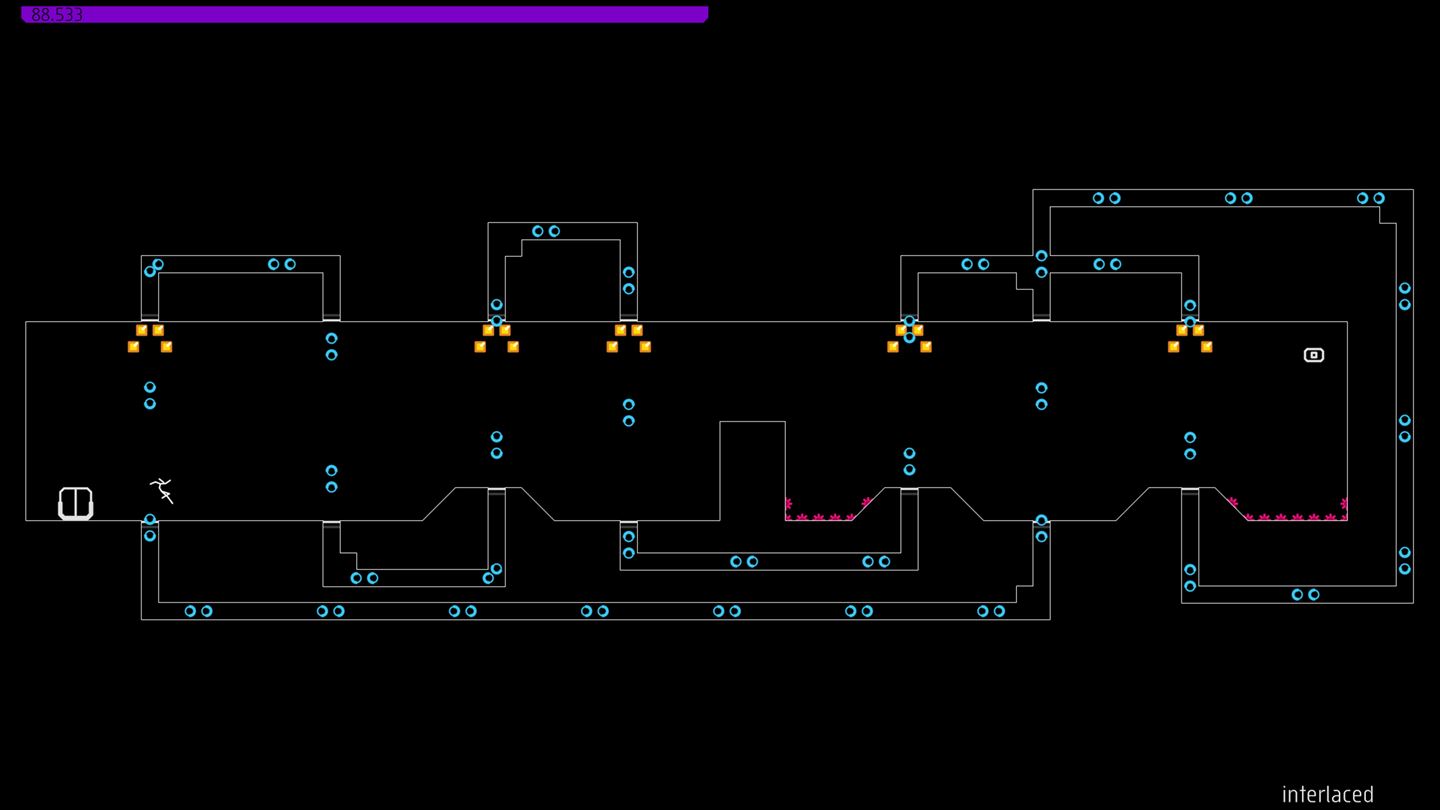 The First obstacle you come across in N++ is land mines, and they are everywhere. If you touch one I’m sure you can guess what happens. As the game progresses more difficult obstacles are introduced, the most fun of these being the homing missiles, which can be hard to avoid if you haven’t got enough momentum. Other obstacles include, moving spheres which will electrocute you, Lasers on a moving rail, targeting lasers, machine guns and the hardest of all, the clone. The clone works in a similar fashion the that of Dark Rayman in Rayman Legends, in the way that it will copy every move you do, like a replay a few seconds after you have done it, forcing you to take a new, and probably much more inconvenient path on the way back.

There are Four sections of levels, the Intro, N++ (The main game), Ultimate and Legacy. They are all made up of rows of episodes, with each episode containing five levels. For the intro each episode tries to teach you the best way to get around the obstacles. Like with every game, the further through the game you go the harder it gets with some missions seeming impossibly hard and really begin to test your patience.

Every episode starts with a 90 second timer, due to the ninja having a high metabolism which results in a quick death, which you can prevent by collecting the gold, with there being some in every level. Every piece of gold adds 2 seconds to the timer, although the gold can sometimes be in hard to reach places offering a nice challenge to the game as if you collect all the gold in an episode, it gets a little check in the top corner, which is perfect for anyone out there who has a completion complex. 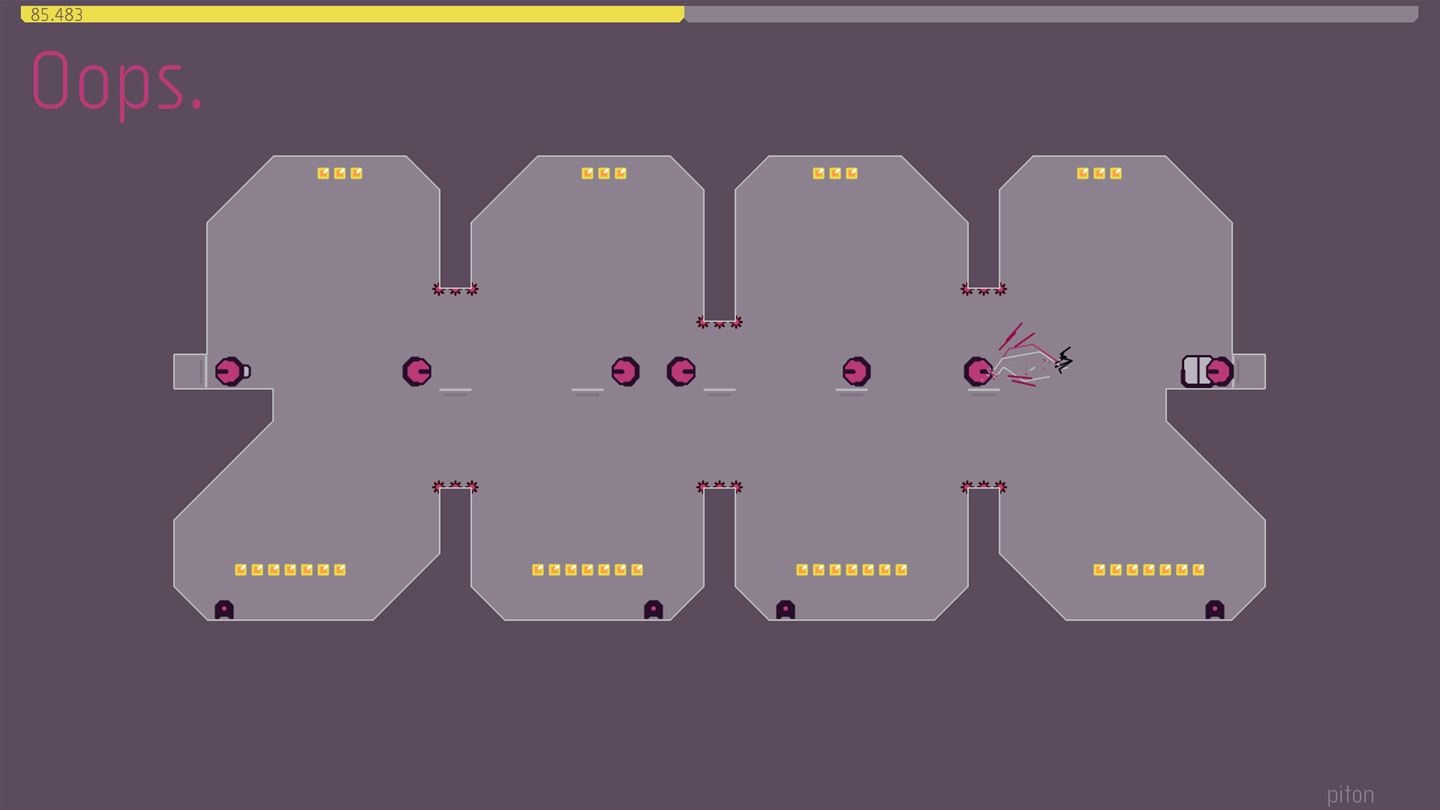 The game offers rewards for doing certain things, the most common reward being a new theme to set the world to vibrant new colours, which at first didn’t offer much interest but after trying a few of them out, they quickly became sought after. The reward that seemed most fitting however I the inclusion of getting new headbands, just to make you feel even more like a ninja! The game also come with a large plethora of music of which you can choose in on of the side menus which is thankful as some of the music can be a little repetitive.

N++ is a fun game that deserves all the recognition it can get, with fun, addictive gameplay and hard challenges meaning you get a real sense of satisfaction from completing levels. You will definitely lose hours of your life t this game and not notice, and more importantly, not care! I can recommend this to anyone who enjoys platformers and enjoys a challenge