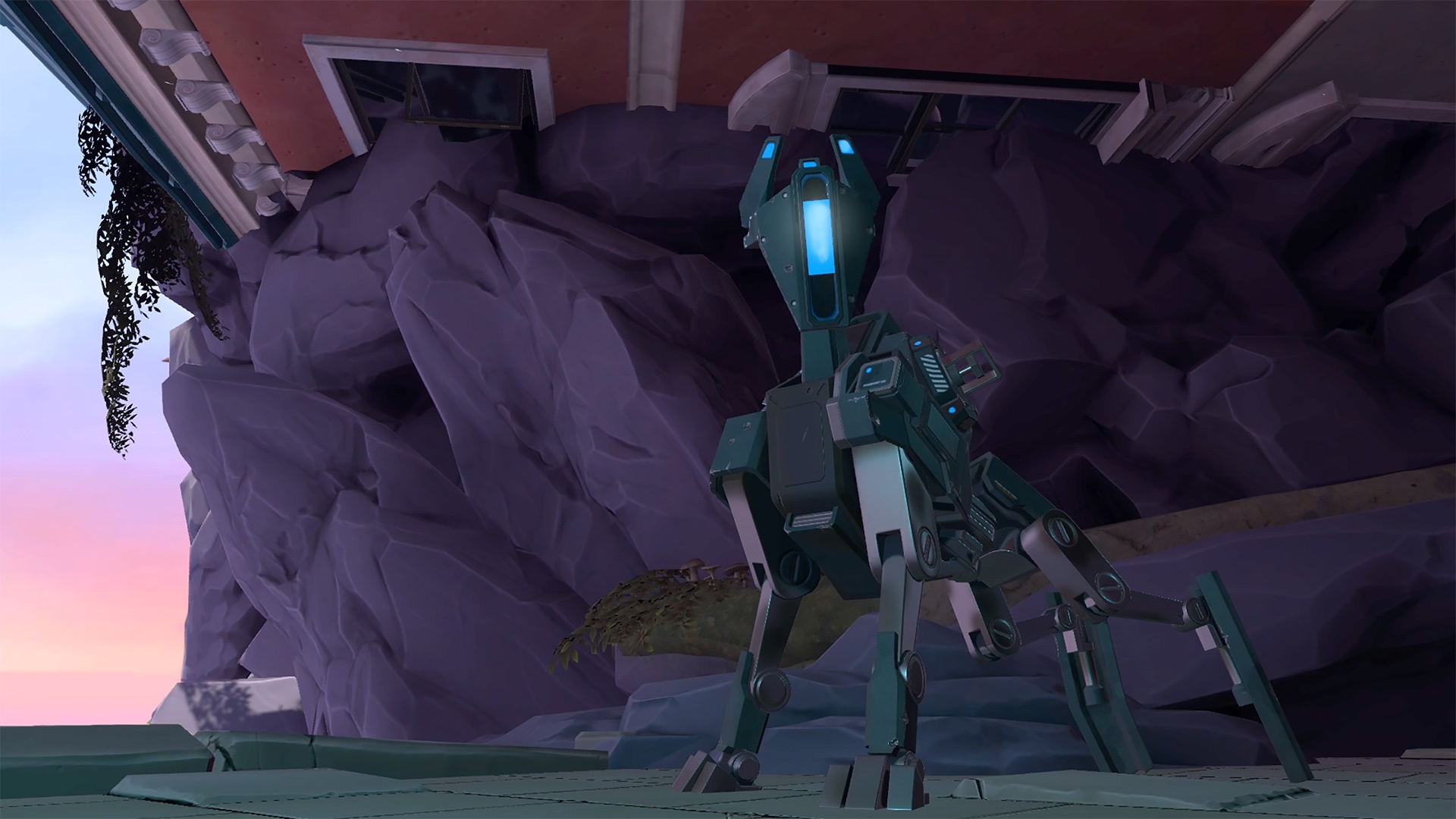 There have been many games released on Sony’s PSVR that have used the technology to varying degrees of success and creating some very interesting and memorable story’s. So, when Apex Construct was announced last year, being developed by some of the ex-staff from the superb Dice and adding to that a ‘from the ground up’ VR title than my interest was pricked.

Alex Construct is quite simply a FPS that places you in a futuristic abandoned city that has been ravaged by time after what seems to have been an apocalyptic event. From the start you are introduced to the narrator of the story and your guide throughout the dangers that await, ‘Fathr’. Briefly he explains why you are here and what your first of many missions is to be. From here onwards he regularly speaks to you to help move the story along also offering advice and hints where needed.

However, and a nice little twist is you are often spoken to by his counterpart known only as ‘Mothr’. These one-way conversations often leave you to decide between the two conflicting messages and who’s advice to trust and follow. Through the game you interact with many items hinting to the fact you are not the first to be in your situation (basically you’re not the only human to have been following the instructions of both Ultron inspired godly voices) and doubt soon creeps in regarding their ultimate intentions. 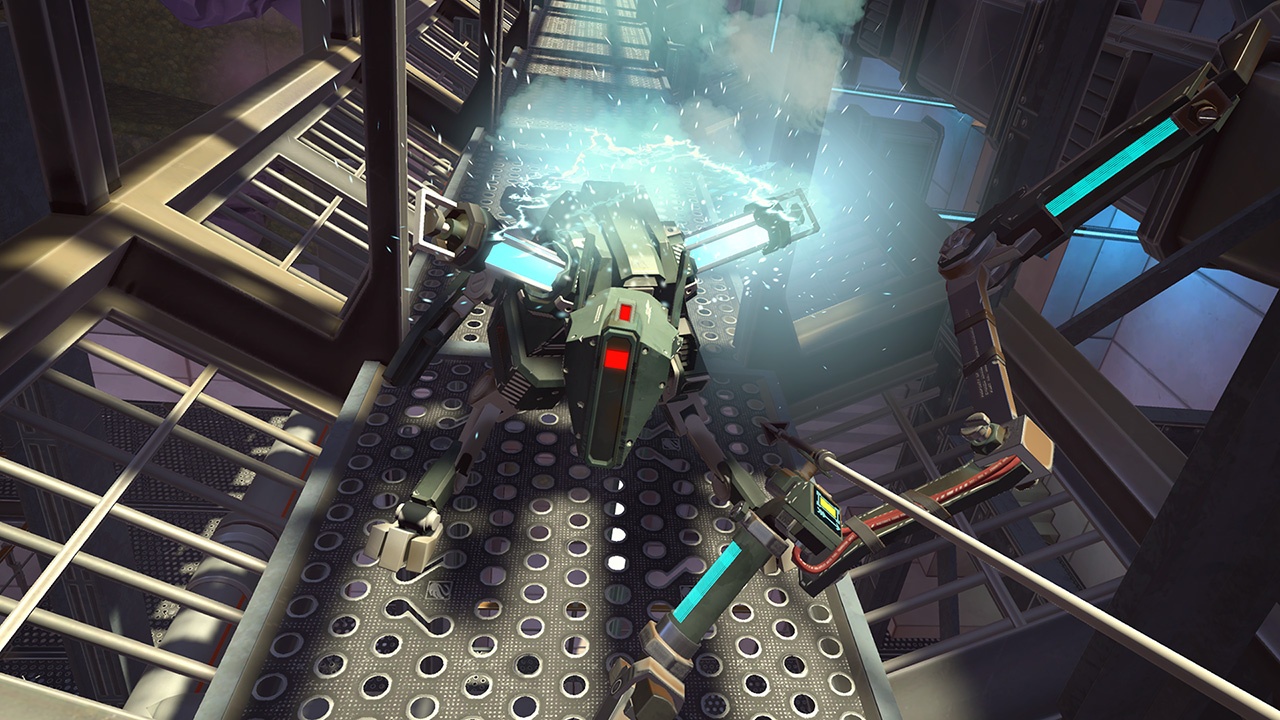 The story itself has a very good narrative that unfolds at a steady pace and ends with a relatively satisfying conclusion, but what hinders the progression is both the difficulty spikes in the enemies and the weapon you must defend yourself with. Firstly, the Bow and arrow is quite a new thing in VR games and when implemented well can really immerse the player into the game world and breaking that 4th wall, I’m not saying it’s done badly in Apex Construct it’s just not done as well as it could have been. Learning to use this futuristic bow is essential as the enemy’s you encounter are very unforgiving even in easy mode.

From the off you are given the basic arrows but as you proceed more advanced ones become available and these are used for specific purposes on certain enemies and environmental interactions. It also has an energy shield to deflect incoming attacks requiring continued charging time after use, but the most frustrating element to your weapon is the aiming. Using the two move controllers fits perfectly for drawing back the arrows and feels realistic but you have no reticle or dot to guide your aim. Now this may sound good on paper but when you must take into consideration the arc’s and drops of arrows along with the reliability of your specific motion tracking setup then it becomes almost unbearable at times especially when surrounded by countless attacking robots.

Navigation is also a little disappointing too, you do have the choice of both free movement or teleportation dependant on what helps you personally play, but having to use both together and not having the option to choose either from the start seems like a missed and much better option. Let me explain, the teleport is as expected a colour arc appears and you place it where you want to go but free movement is activated by pressing and holding the move buttons and then tilting your controller in your chosen direction.

Throughout the games exploration and puzzle solving these works well together causing no issues but when you encounter groups of enemies and then must add the movement and buttons required to use your bow it gets unnecessarily complicated resulting in certain death. But please note that this may only be a personal issue and others may find it’s a great movement system that works for them, after all no game can please everyone all the time. 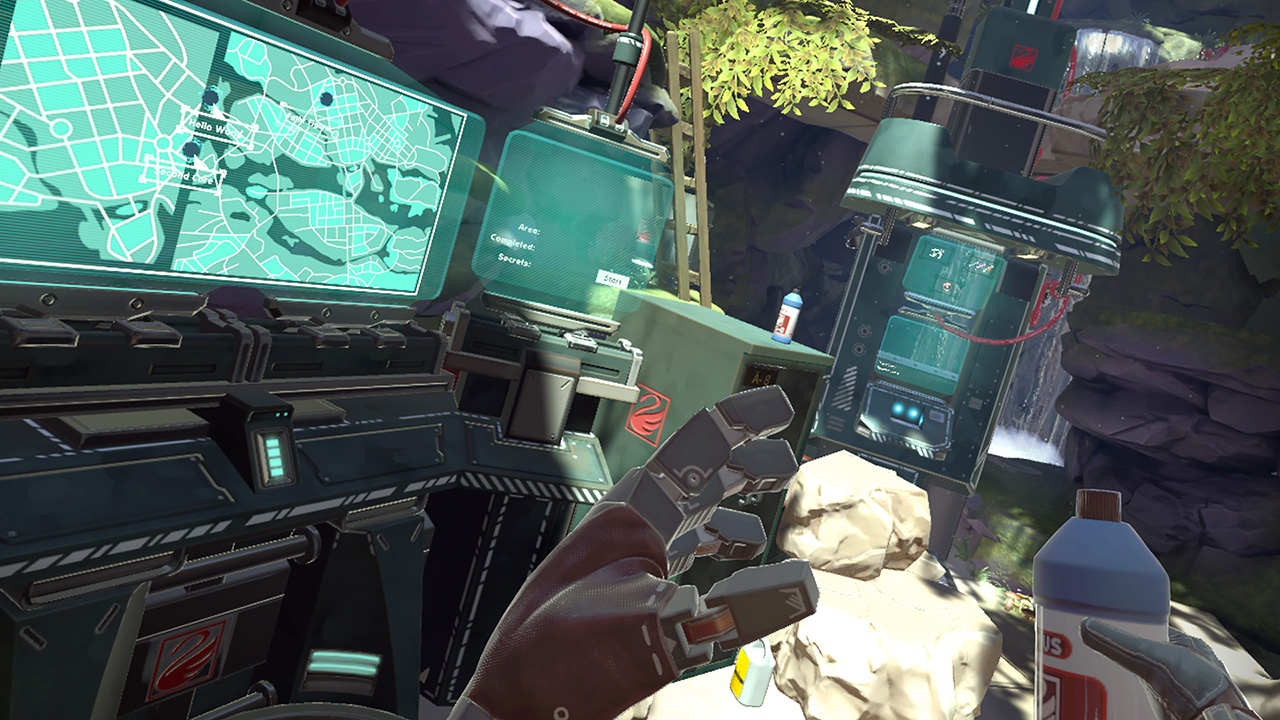 However, there are some positive aspects in Apex Construct that deserve a mention especially its stunning visuals. It has a beautiful almost cell shaded look that really pops, especially on the Pro console version and the robotic enemies (even though they don’t compare with Horizon’s robotic nemesis) they are well designed, animated and have a good level of variation.

Sound is another positive point especially the godly voices of both ‘Fathr’ and ‘Mothr’ who have been well voiced acted and really bring a haunting feel to the narrative especially with the 3d audio headphones on.

The combat is also well done but only after you adjust (if you can) to its difficulties and the level of upgrades offered are well implemented to conveniently match the next area of challenges that await once unlocked.

Overall Apex Construct could be a VR classic with a perfect environment to explore and discover, puzzle elements that are challenging but not overwhelming and a story that though not overly original is intriguing and genuinely ensures you want to see it through to its conclusion. But with its unforgivable and unnecessary difficulty spikes with both the combat and movement this may sway a lot of players away from finishing it due to anger and frustration, which is a shame. I did lose patience at various times throughout my playthrough causing me to rage quit but I’m glad I persevered as it’s currently one of the PSVR’s best FPS title’s. If a patch was released to help improve the functionality in both essential game elements’ then Apex Construct would certainly be in my top five VR games of all time (so far!) and raise my rather unexpected and disappointing score by at least two. I personally thoroughly enjoyed Apex Construct and really appreciate the effort developers Fast Travel Games did to create such a stunning VR game, but sadly the enjoyment was on more than one occasion through gritted teeth and a lot of frustration.