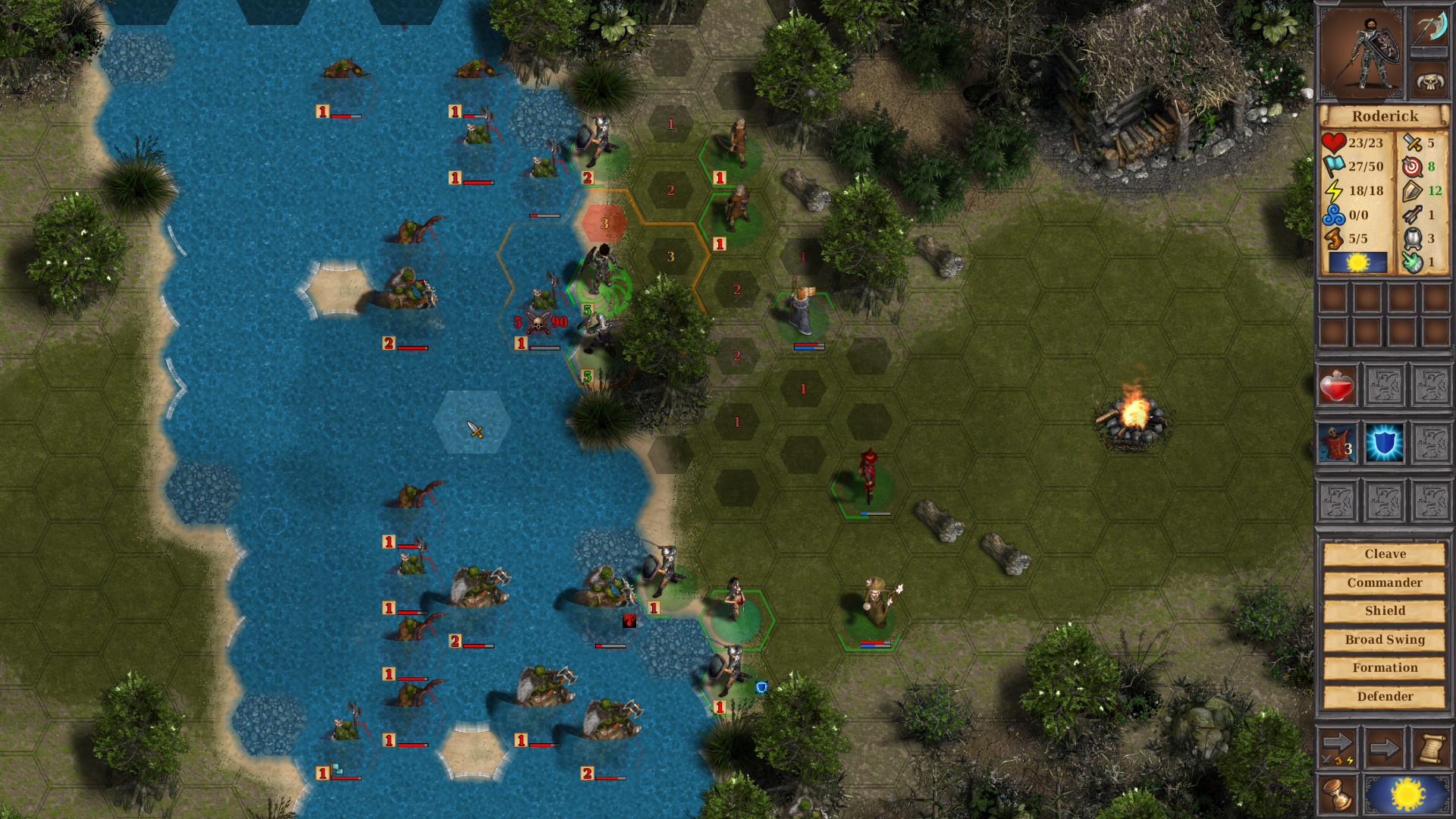 Playing Warbanners feels like playing a table-top miniature-based war game, both in mechanics and aesthetics. It’s heavily strategic, and you have to approach each battle tactically and carefully. The game is rich in detail and atmosphere, and there’s enough story to make you feel like you’re plaything through the game’s own fantasy world.

There’s a lot customization in your army. You start the game with a small group of men, a few different types of fighters and one or two of abilities and soon gain a couple of items that can be used in battle. But as the game progresses there’s a vast amount of customization in the army you can create, from the soldiers you hire to fill it and the items you buy, to the skills they learn. Resources are also limited so you have to be careful on decided where to spend it. You can also hire assistants which do not actually fight in the battle but give you other bonuses and aid during a fight. Because of so much customization, you really do gain a certain sense of ownership over your army as it progresses. 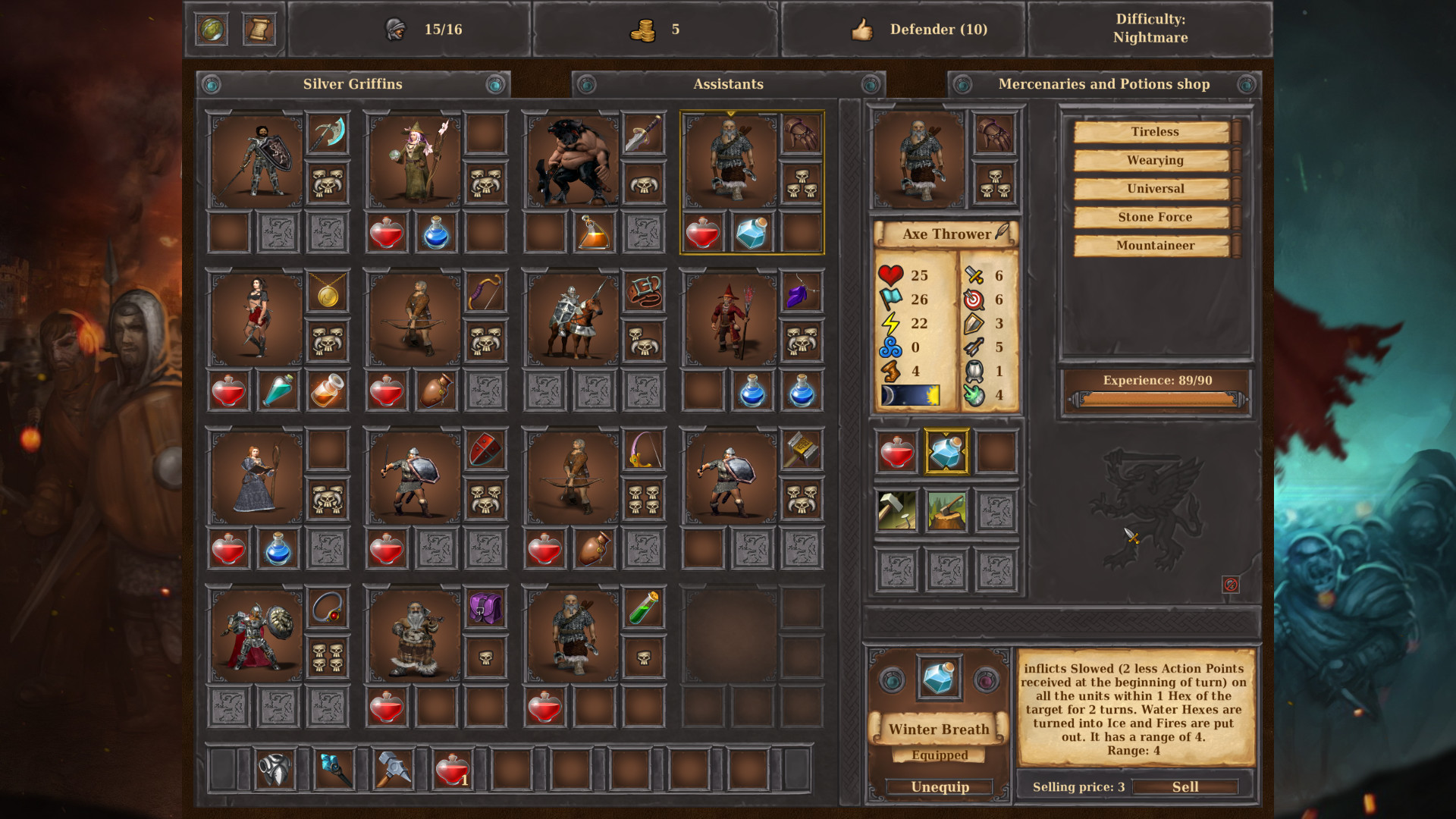 Each battle is fought on a hex style map. Each of your men has a certain number of action points each turn which are spent to move around the field, fight, and use abilities and items. Where the combat becomes the most interesting however is the manipulation of the battlefield itself. As you progress through the game, there is more and more variation in the terrain you fight across: there will be castle walls, rivers, woods. Whether it is day or night even makes a difference to your soldiers as they have more difficulty seeing in the dark. But you can manipulate the battlefield, you might throw a potion to create light over a certain number of hexes, or freeze a river. It’s incredibly satisfying to affect the terrain itself, and adds another layer of strategy to the combat as you try to figure out how best to use the map itself.

Mostly the game looks great. It does look a bit like a board game during the combat, but an extremely high quality board game and the aesthetic works well for the genre. However, every now and then there’s a rough edge or there. For instance, when fighting a night battle, it really doesn’t look like night, merely like someone has dimmed the screen a bit.

The combat becomes quite challenging and sometimes it can be exasperating the amount your army misses, but that’s part of the genre. It’s meant for fans of games like XCOM, people who want a tough fight and enjoy creating the best combination of soldiers and skills that they can. Sometimes the RNG may be frustrating, but ultimately your tactics are the biggest factor in the battle. Field of view, moral, and fatigue all comes into play during the game. There are a lot of factors in every fight. But there is also some leeway. If a unit dies, as long as you aren’t playing nightmare mode, you can spend money to resurrect them (though they lose some stats when they come back). 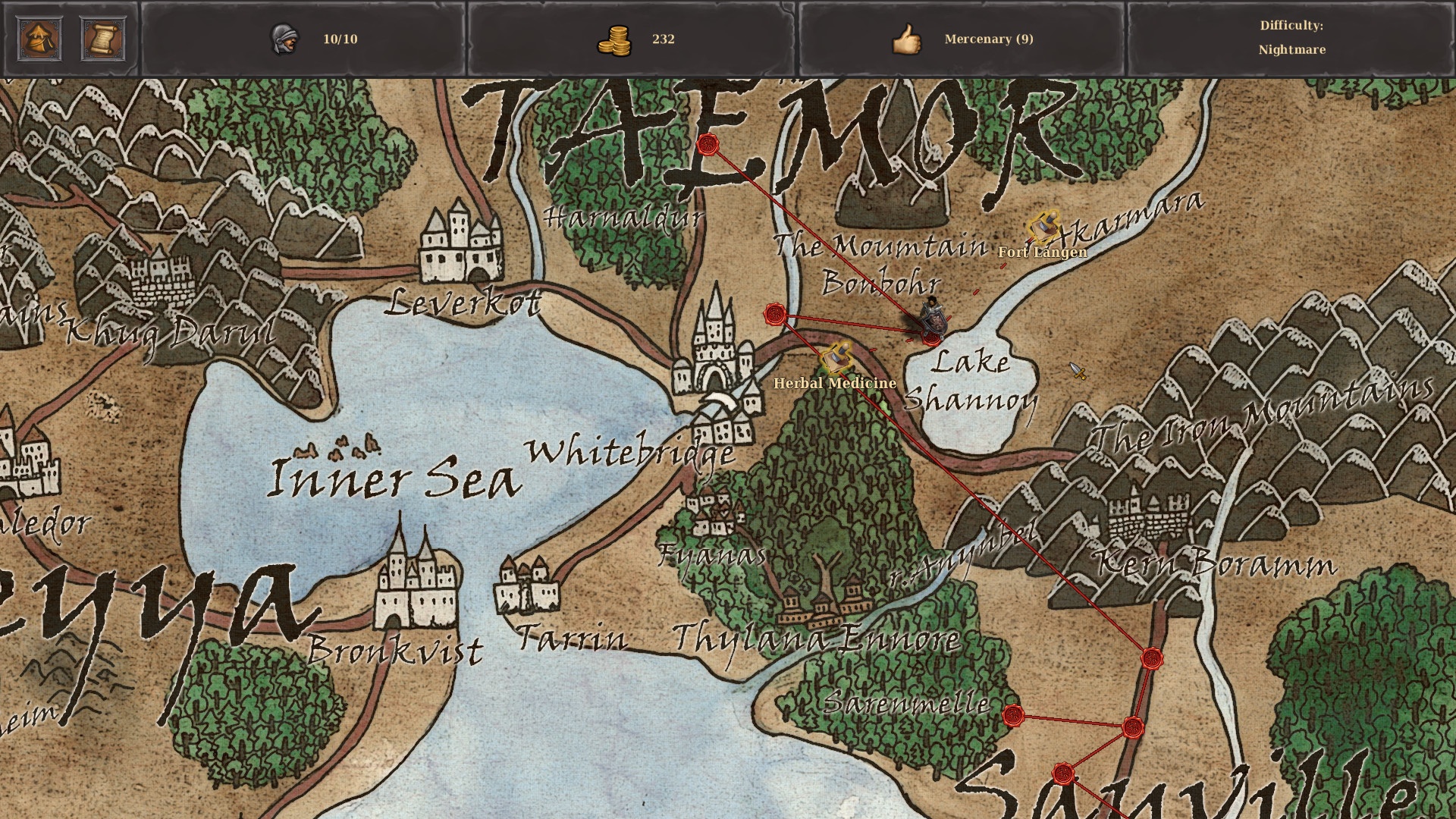 There are forty-two missions in the campaign. There are a few side missions that have some effect on the story, but you are pretty much following one path during the game. Warbanners’s replayability comes in the fact that there are multiple ways to approach each mission and the building of your army. You could easily play through the game a second time, and while the story and missions will be mostly be the same, it will still be challenging and it will still feel like a unique experience as you decide how to tackle each battle.

Warbanners is challenging, tough, and occasionally frustrating. But each victory is as satisfying as it is hard-earned, and well worth the struggle.