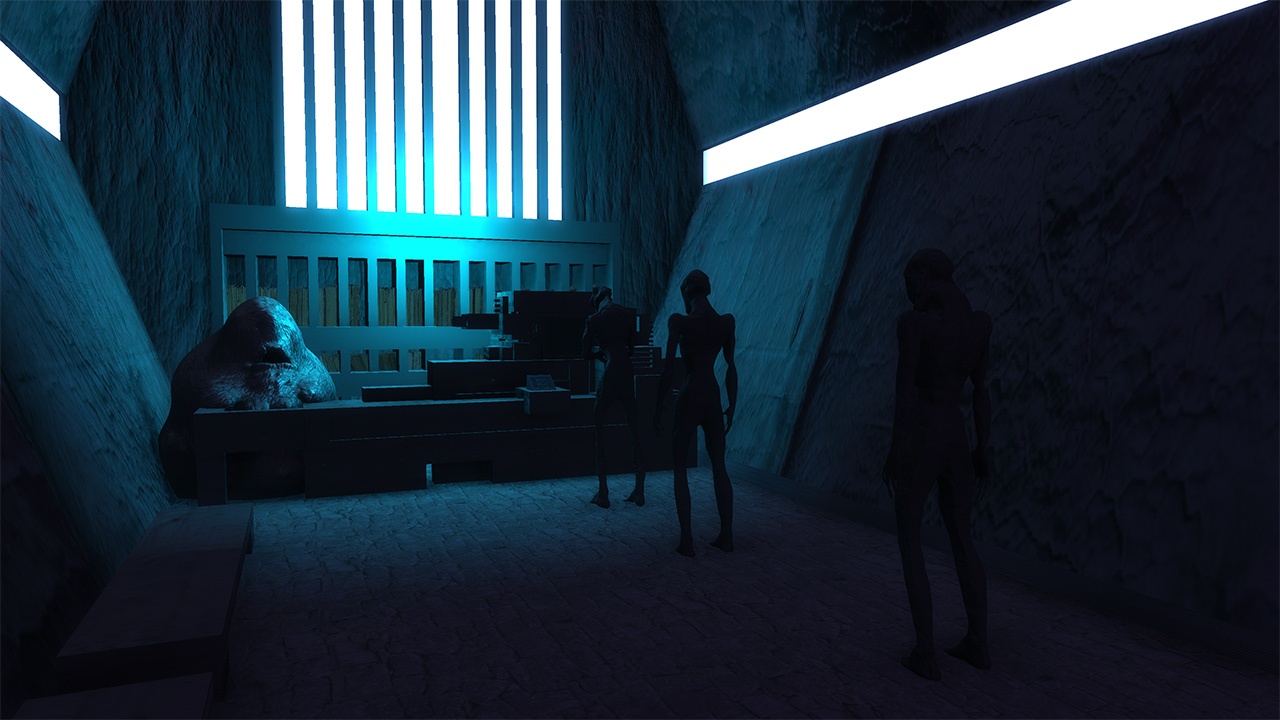 No one is really prepared for what happens when you’re forced to leave your home and make your way to another part of the world. There are plenty of people – students, adults, even children – who romanticize and fantasize about what their life will be when they move to another country or another city. This is because a lot of us do so with the belief that we’ll be traveling under our own volition, because we want to, because we are planning to do something great and spectacular. No one likes to daydream about being forced to flee their homes and seek refuge elsewhere, either because of poverty or persecution. It’s an alien, terrifying idea that Sometimes You and Outlands attempt to broach and reflect on in their indie art piece, North. However, like many of the titles attempting to start a conversation about the current state of the world, there are certain aspects and positions that make the whole presentation a bit…flat.

North is the tale of our faceless, nameless protagonist who has fled his home in the South to take up residency in the North. He isn’t really sure what he’s supposed to be doing, but he’s got a job, a flat and a sister with a little boy (?) back in the South. His ultimate objective is…not totally clear, but he’s here. It’s a storytelling project, straight up front, and we see the hero’s world through his own eyes, and watch as he tries to adjust, assimilate and come to terms with where he lives now. 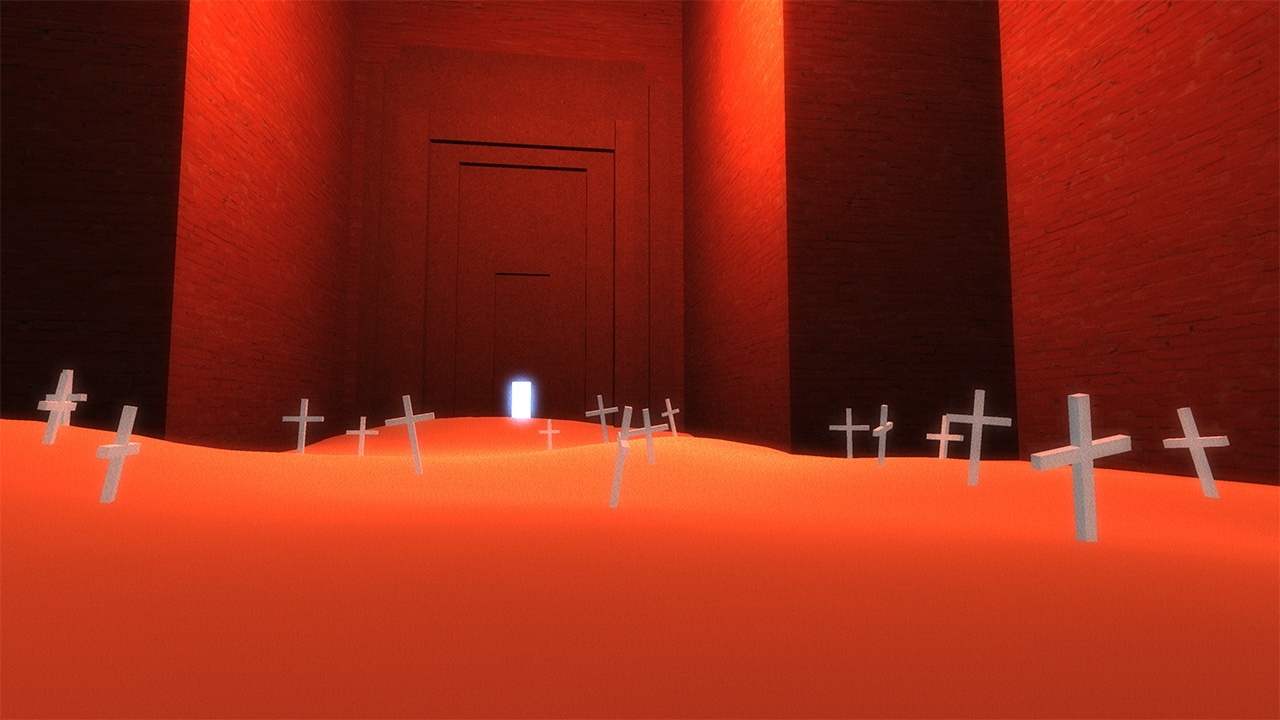 Right out the gate, North feels like the wrong fit for the Nintendo Switch, and this isn’t because it’s a family friendly machine or anything. The very first splash screen you see tells you there is no saving, no menu, you have to figure out the game through the letters to your sister and you should be ready to invest an hour, straight, into the game. Everything about that rubbed me the wrong way: the Switch is all about pick up and go, do something else, put it down for a moment, play some more, etc. Telling players they need to figure it out themselves and put aside an hour of their lives because that’s how to play doesn’t seem very attuned with the Switch’s mission statement. I’m sure that it’ll be ok for others, but I love to take my Switch on the go, and I swap between games constantly (how else could I do all these reviews?). So deduction on North for that.

Once you get into the game, this is a walking simulator with a lot of heavy-handed imagery mixed in. Terms like “cyberpunk” and “dark synthpop” are thrown around in the description to sell the atmosphere, and they certainly caught my eye and made me imagine something else. But the problem is that most of cyberpunk tends to mix a lot of the bleeding edge, fantasy technology with the dark and gritty city atmosphere. In North, you have…nothing. You walk around and slowly explore a series of shadows that are supposed to be a city, but I had to squint to see everything even with the curtains drawn and the lights off. Several times I spent a few seconds walking into walls, thinking I was moving forward. When I did find patches of light, they gave me indications as to where I could be heading, but I would walk around in circles, disoriented, thinking I was heading the right way. The game probably could have ended much faster if I had my head on straight, and I don’t think it’s fair to claim that such experience is “similar to that of a refugee’s.”

North is sincere in letting you know your letters to your sister are the way to understand the way forward, because some things are so convoluted that I wouldn’t know what was happening otherwise. I ran around in a crazy mineshaft for a while until the screen told me “You Died,” which I thought would give me game over. Instead, I just reappeared at the start of the mine, and then mailing a letter to my sister told me what I was supposed to be doing. Even then, it didn’t make it easier or more enjoyable: it’s like being told that you’re supposed to smash your hand with a hammer to get the doctor’s attention. Surely there must be an easier way? 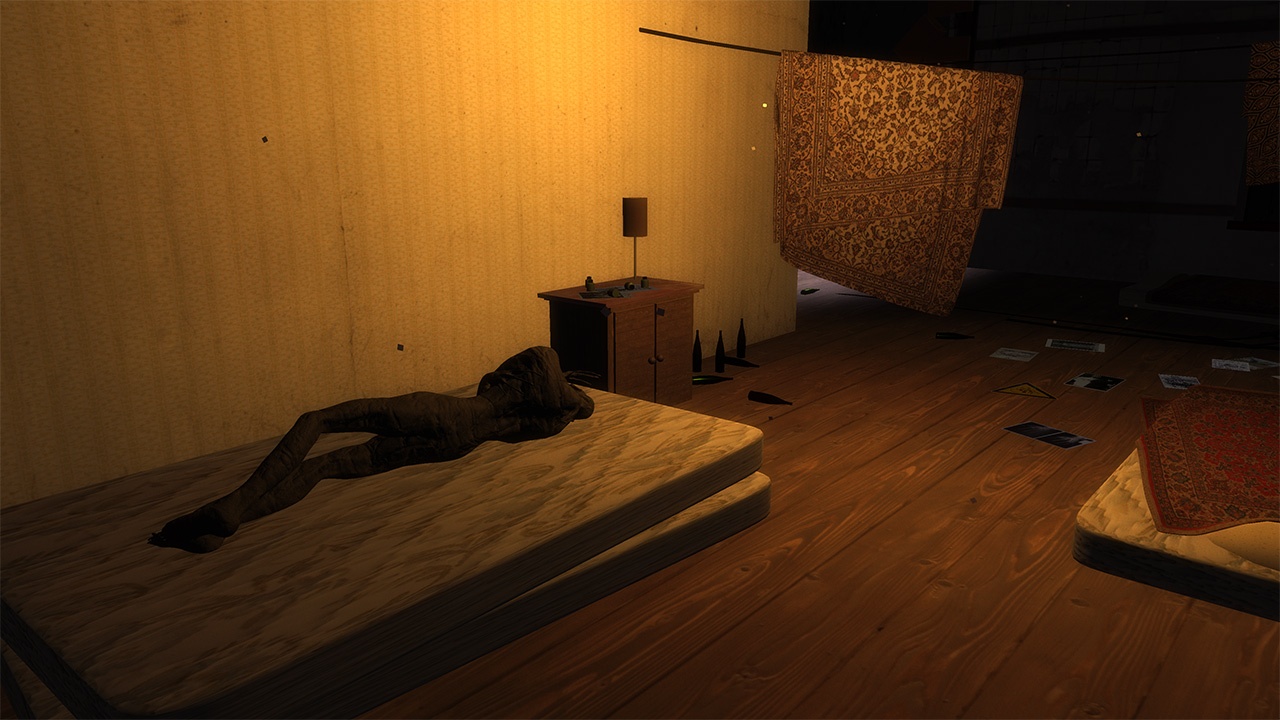 Additionally, there’s all this creepy and disturbing design built-in, but that seems more like an attempt at a psychological horror game than something story based. There are mounds of photos in your shared apartment that a flatmate claims he found in the desert, but most of them are just those weird ass photos from the turn of the century with no explanations, or at least stills from Gray’s Anatomy. The way “people” are drawn make them distinctly inhuman and more like Slenderman than anything else, and the developer is in no way shy about how they feel regarding religion in other countries. It’s something where, if the setting was more a Victorian city with beige walls and rampant disease, I could understand the elements a bit better, especially the “factory” where I work to torture some kind of beast. But, being labeled as cyberpunk and dressing up patches of nothing with neon lights gives an entirely different expectation.

North is certainly something different, and I don’t say that with the best taste in my mouth. While I feel there are certain interesting and almost important ideas to take away from it, the presentation as a game leaves much to be desired. The walking is slow, you feel aimless and directionless, I didn’t care about my character’s fate and the whole thing danced between pretentious and sloppy. If you know exactly what you’re getting into “heavy story elements, told in broken pieces, with no real gameplay), then you might have a good time: the narration is good, and I did like the gradual revelations through letters. However, if you’re looking for an honest-to-goodness game, you should check in another direction.