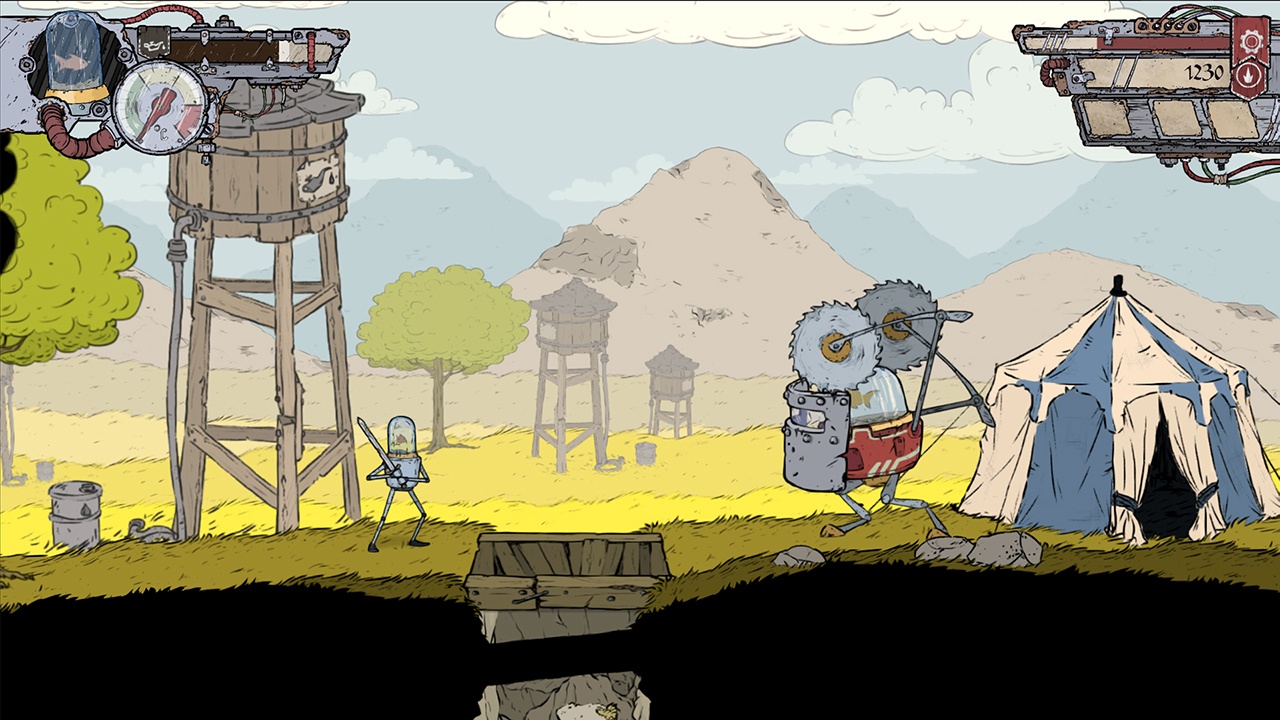 ​I was pleasantly surprised when Feudal Alloy began with a fully voiced introductory cutscene about our hero, Attu, and his dedication to helping others less fortunate than he. When tragedy struck and some mean old robots stole from the nice and still older robots, I was ready to jump into the action. Or, so I thought I was until Feudal Alloy actually just dumped me into the thick of things without even a fond farewell and only a general sense of my next destination.

I can appreciate games that let me test the waters and do my own thing, but Feudal Alloy does so to a fault. There were very few times I was told how to proceed and after some blundering, I was finally able to figure out what to do. Because you must find pieces of the map as you explore, I sometimes spent far too long wandering through the same areas and just trying to get my bearings together. It didn’t help that the check points are sprinkled conservatively, so if (and when) an enemy took me out, I was sent right back to square one. 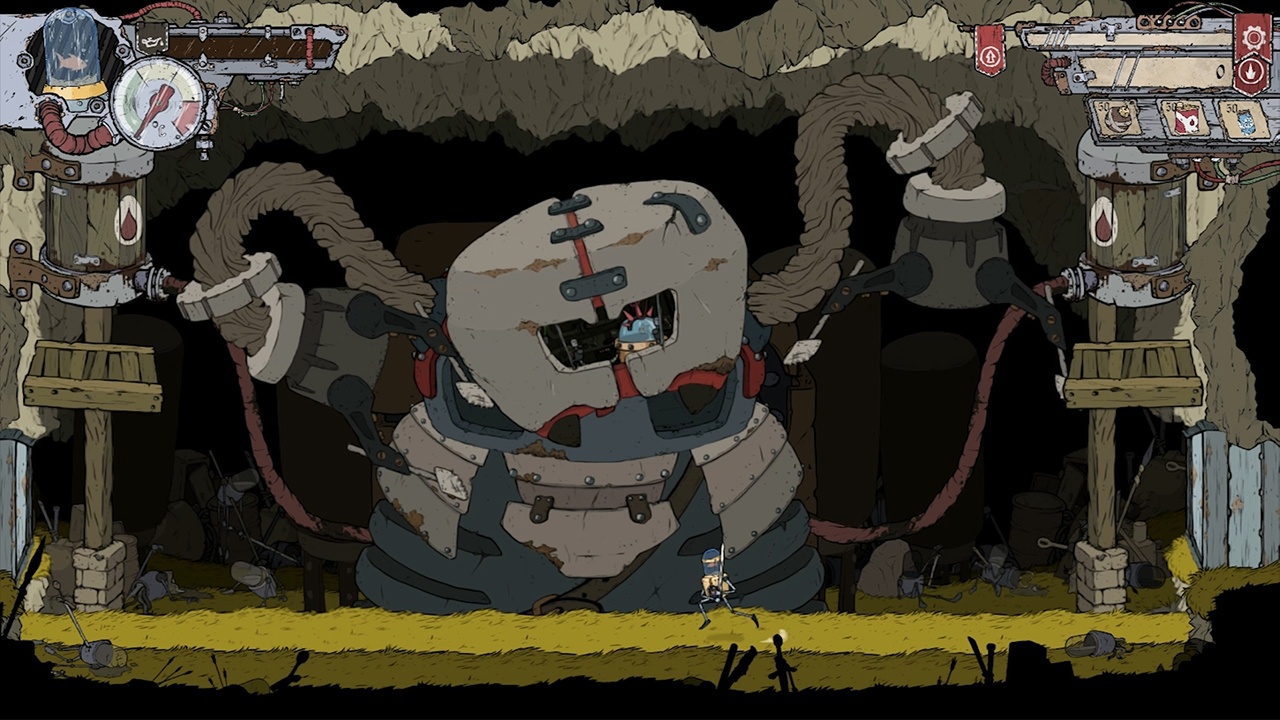 ​Combat in Feudal Alloy is of the hack and slash variety–sort of. Attu overheats if you swing too frequently or if in an area with an increased temperature which acts as stamina, in a fashion. This forces you to conserve your strikes, but it feels more like an imposition than a natural part of combat. This is especially true when you’re facing off against more than one enemy, all of whom have their own attack timetable. You’ll eventually unlock the ability to block and dash, but until then I found myself jumping and flailing about in order to dodge enemy attacks. Boss fights are also a task in learning attack patterns and, thanks again to the far apart checkpoints, you’ll spend a lot of time running back to the fight after you’ve been felled.

​Platforming in Feudal Alloy is standard fare, except where the platforms are on the small side–or worse, move. Attu’s jump is a little touchy and having him land is another story entirely. I found myself frustrated on more than one occasion because I missed the platform I wanted to land on, fell some distance, and needed to start over. Fortunately, you don’t take fall damage, but good God is it aggravating to have to start over due to the limitations of the character. Combine platforming with enemy placement and it’s sometimes a nightmare to get to where you’re going. 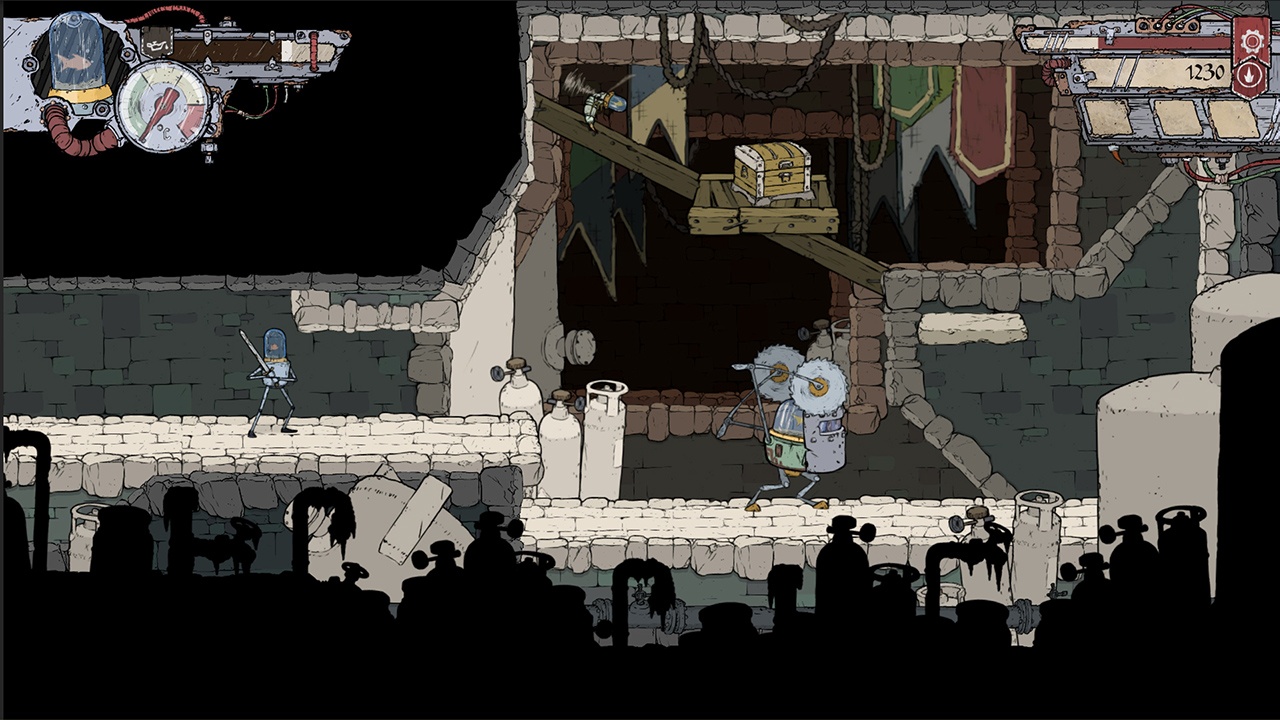 That first bit of exposition aside, there isn’t a lot of story in Feudal Alloy. Given the story rich Metroidvanias that have come out in the past few years, this was both surprising and disappointing. It seemed like a lost opportunity given the narrative power revealed in the introduction. The music isn’t anything worth mentioning, either. The hand drawn art style, which is likely what caught your attention, is neat to look at and the fact that your equipment reflects on your character is a nice touch. Sadly, there isn’t enough information given here either and it isn’t clear how much benefit a particular piece of equipment will provide–neither is there a way to compare two pieces. In the end, I just equipped whatever made me look nice.

Feudal Alloy doesn’t bring anything new to the Metroidvania table, but what it does, it does well enough. The hand-drawn art work aside, there isn’t much to raise your eyebrows at–unless, of course, it’s in frustration at a poorly placed checkpoint or a stretch of platforming gone wrong.

Feudal Alloy doesn’t bring anything new to the Metroidvania table, but what it does, it does well enough.